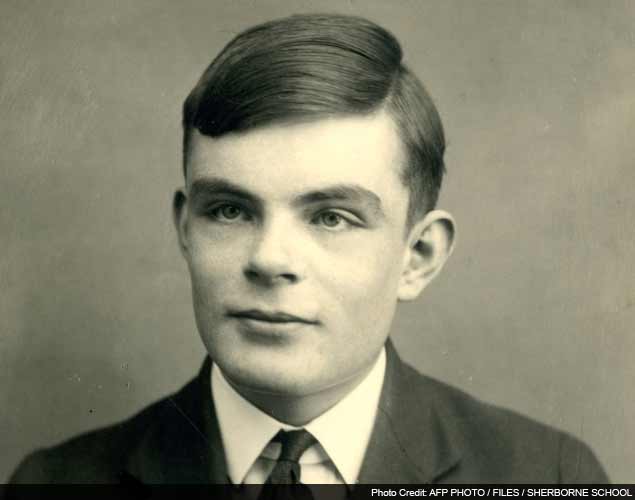 Britain on Tuesday granted a posthumous pardon to Alan Turing, the World War II code-breaking hero who committed suicide after he was convicted of the then crime of homosexuality.

Turing is often hailed as a father of modern computing and he played a pivotal role in breaking Germany's "Enigma" code, an effort that some historians say brought an early end to World War II.

He died in 1954 after eating an apple laced with cyanide, two years after he was sentenced to chemical castration for the "gross indecency" of homosexuality. A coroner ruled that Turing committed suicide, though this has since been questioned.

Homosexuality was decriminalised in Britain in 1967.

"A pardon from the queen is a fitting tribute to an exceptional man," Grayling said.

"Alan Turing was a remarkable man who played a key role in saving this country in World War II by cracking the German Enigma code," Cameron said.

"He also left a remarkable national legacy through his substantial scientific achievements, often being referred to as the father of modern computing."

The Enigma code was used to encrypt communications between German U-boats in the North Atlantic ocean. Turing's efforts to break it were virtually unknown to the public at the time of his death, as his work was kept secret until 1974.

Having told people he was trying to "build a brain", his theory was the first to consider feeding programmes into a machine as data, allowing a single machine to perform the functions of many just like today's computers.

He lost his job at Britain's electronic eavesdropping agency GCHQ after he was convicted and poisoned himself with cyanide at the age of 41.

A GCHQ spokesperson on Tuesday said the agency was "delighted about the pardon".

The pardon is a victory for supporters, including leading scientists such as Britain's Stephen Hawking, who have long campaigned to clear Turing's name.

Britain's prime minister in 2009, Gordon Brown, issued a posthumous apology to the code-breaker, saying he had been treated "terribly".

But the government rejected a call to grant an official pardon last year on the grounds that Turing was properly convicted of what was then a criminal offence.

More than 37,000 people signed an online petition last year calling for a pardon.

Pardons are usually only granted in Britain when the person is innocent of the offence and when it is requested by someone with a vested interest, such as a family member.

Turing's pardon is extremely rare in that it has been granted despite neither of these conditions being met.