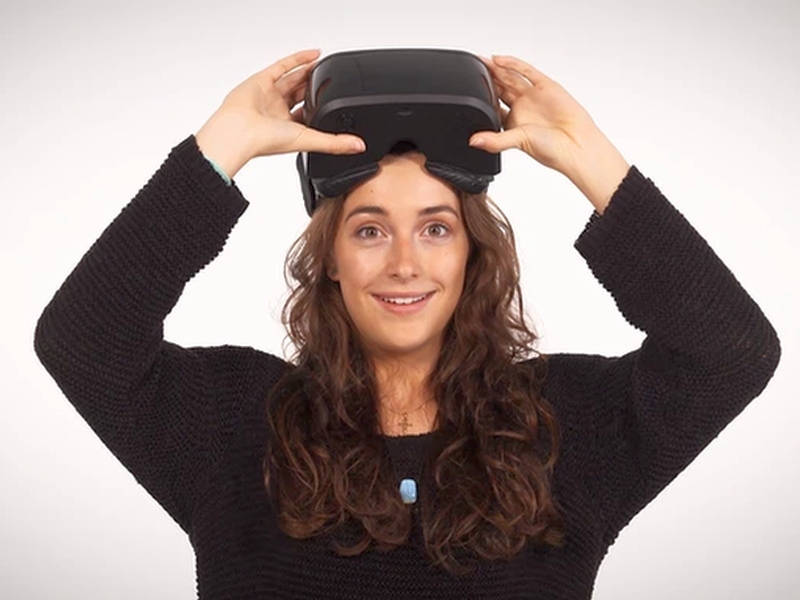 We are slowly inching towards a world where virtual reality (VR) is not a curiosity but a mass medium for entertainment and education. That's what VR enthusiasts keep saying anyway. The catch is that there are only two ways to experience VR right now, and neither is a great option for most people. That's where the AuraVisor Kickstarter comes in. But what is it competing with?

First up, there's the Oculus Rift, the headset that started off the current wave of interest in VR after an explosive debut on Kickstarter. The Rift is expected to release sometime in 2016, and it will probably set you back by around $300, or around Rs. 19,000. What's more, you'll need a fairly powerful PC to run software that can be used on the Rift, and it's going to be tethered to the computer.

At the other extreme is the very affordable Google Cardboard - variants based on the design can be purchased online for as little as Rs. 200, if you don't mind doing a little assembly. It is extremely cheap and all you need to use it is a simple Android phone. But while Google Cardboard is a great way to make sure that a huge number of people can experience VR, the experience itself is hugely limited - you'll be stuck holding your hands up to your face the whole time, and there are limited input options. And of course, you're limited by factors such as your phone's processing power, battery life, and display.

Samsung's Gear VR offers a kind of middle ground, with its $99 price, but it only works with a few, high-end, and very expensive Samsung phones. That means that there isn't really a middle ground where a lot of people can experience a "good-enough" VR experience.

That's the gap that AuraVisor wants to fill, and it's doing this with a standalone headset that you can wear without requiring any phone or computer connection, though it does have an HDMI input so it can be powered by a computer as well.

The HDMI input can be used to convert video from your regular 2D sources - such as your TV set top box, or your game console - into stereoscopic video, but the real impact will come from playing games and experiences designed for the AuraVisor, which runs an Android platform powered by a quad-core processor an estimated battery life of 5 hours. The result is a fully cordless VR experience that should be significantly superior to Google Cardboard, cheaper than an Oculus Rift, and that doesn't require any additional expensive hardware either.

You can see the full explanation in the video below:

For example, there's the GlowGene, a DNA altering kit that any mad scientist would be proud of; the Sensel Morph can give Force Touch support to your old iPad; and the Impact Wrap turns your punching bag into a connected gadget.