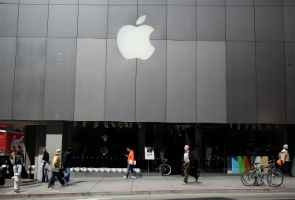 Highlights
Apple Inc is rejecting charges that it conspired to fix prices of electronic books, calling the U.S. government's antitrust lawsuit a "fundamentally flawed" endeavor that could discourage competition and harm consumers.

In a filing in U.S. District Court in Manhattan late Tuesday, Apple said it has not conspired with anyone or fixed prices for e-books in an effort to thwart Amazon.com Inc's dominance of that fast-growing market.

The Justice Department accused Apple in April of colluding with five publishers to boost e-book prices in early 2010, as the Silicon Valley giant was launching its popular iPad tablet.

Amazon, which makes the Kindle e-reader, had long sold e-books for as little as $9.99. The government complaint quoted Apple's late co-founder Steve Jobs as wanting to offer publishers a means to boost prices, and "create a real mainstream e-books market at $12.99 and $14.99."

But Apple argued that its foray into e-books has actually fueled demand for e-books by forcing Amazon and rivals, including Barnes & Noble Inc, to compete more aggressively, including by upgrading e-reader technology.

"Apple's entry into e-book distribution is classic procompetitive conduct" that created competition where none existed, Apple said in its court papers.

"For Apple to be subject to hindsight legal attack for a business strategy well-recognized as perfectly proper sends the wrong message to the market," it added. "The government's complaint against Apple is fundamentally flawed as a matter of fact and law."

Apple also denied that the government "accurately characterized" the comment attributed to Jobs.

A Justice Department spokeswoman referred a request for comment to the announcement of the April 11 lawsuit, when Attorney General Eric Holder said the alleged collusion cost consumers millions of dollars on the most popular e-book titles.

The publishers Macmillan and Penguin Group, which are respectively units of Verlagsgruppe Georg von Holtzbrinck GmbH and Pearson Plc, are fighting the antitrust case.