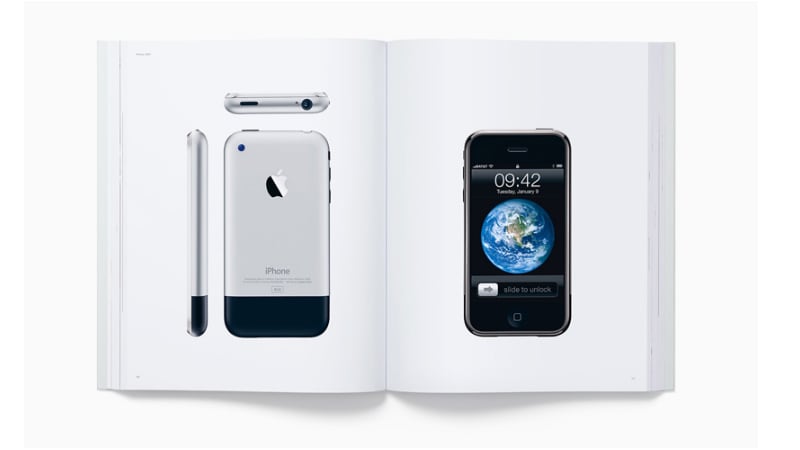 Apple has just announced a hardbound book that compiles 450 photographs chronicling all the products that the company has made in the past. This book has been released to commemorate co-founder Steve Jobs, and it represents Apple's journey since its foundation days.

The book is titled 'Designed by Apple in California' and it comes in two sizes - the smaller one with dimensions 10.20x12.75-inch is priced starting at $199 (roughly Rs. 13,500), while the large hardbound book with dimensions 13x16.25-inch is priced starting at $299 (roughly Rs. 20,300). The design of the book is sparse at best, and it contains just Apple product photographs lined up in ascending order one page after the other.

In the book's foreword, Design Chief Jon Ive explains, "While this is a design book, it is not about the design team, the creative process or product development. It is an objective representation of our work that, ironically, describes who we are. It describes how we work, our values, our preoccupations and our goals. We have always hoped to be defined by what we do rather than by what we say. We strive, with varying degrees of success, to define objects that appear effortless. Objects that appear so simple, coherent and inevitable that there could be no rational alternative."

While it's rather odd of a company to boast of its own achievements, Apple is considered as the pinnacle of success when it comes to design and consumer products. Its evolution in design is worth being documented, but monetised? That's another debate altogether. Ive claims that this gathering of product designs in one book, will give a huge understanding and learning of how products evolved over the years, and be a rich resource for design students in the future.

In any case, "Designed by Apple in California" is available on the company website in Australia, France, Germany, Hong Kong, Japan, Korea, Taiwan, the UK and the US, and in select Apple Stores.