Apple Sued for Poaching A123 Engineers to Build Battery Division 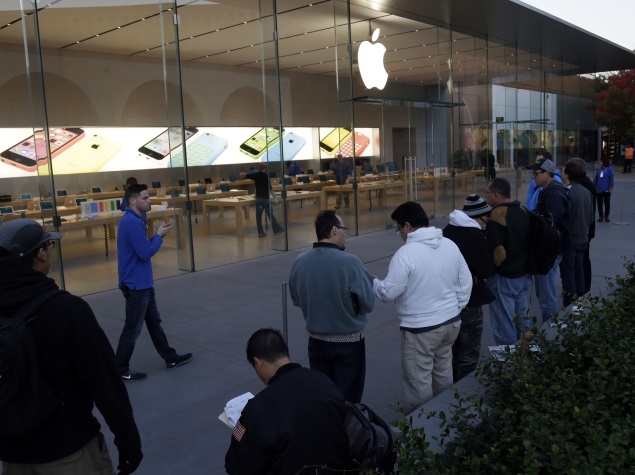 Apple has been sued by developers of an advanced automotive car battery for allegedly poaching key employees, providing evidence that the California tech giant is working on an electric vehicle.

The lawsuit filed Wednesday in Massachusetts by A123 Systems claims that five employees were recruited by Apple in violation of a "non-compete" clause in their contracts.

The complaints allege that Apple "tortiously interfered" with those agreements by "poaching" employees.

A123 is a subsidiary of Chinese car parts giant Wanxiang Group, which invested in the Massachusetts firm in 2013.

Apple did not respond to an AFP query on the lawsuit, and it has not commented on reports in the past few days that it is developing its own electric car.

The Wall Street Journal reported that Apple has hired several hundred people for the project with the code name "Titan," which according to the report could be a car that incorporates some of the technology used on iPhones and iPads.

Bloomberg on Thursday said production of an electric car could begin as soon as 2020.

The move, according to the Journal, would allow the Cupertino, California group to expand its product offerings to reduce its dependence on phones and tablets.

This month Apple became the first company to be valued at over $700 billion after recently posting an unprecedented $18 billion in quarterly profits.

Wamsi Mohan, analyst at Bank of America-Merrill Lynch, said he views an "iCar" as unlikely but suggests that Apple may be working on an improved technology platform for connected vehicles.

In a note to clients, Mohan said of the Apple car speculation: "There is no clear technology adjacency to existing products," and noted that "the margins and returns are significantly lower than existing products."

Mohan added that Apple "largely operates an outsourced manufacturing model that does not exist for automobiles."

On the other hand, the analyst said Apple could introduce "an operating system for the car that connects all the electronics/infotainment subsystem and sensors."

Ben Reitzes at Barclays said the Apple effort "makes sense to us down the road given the car is becoming a natural extension of the connected home and mobile ecosystem."

Reitzes said Apple's strategy may be an effort "to make sure Android (and its link to Google Maps) isn't the dominant OS in the car over the long term."

Some reports have said Apple could be interested in electric vehicle star Tesla, either through an investment tie-up or an acquisition.