Apple's grand 'spaceship' headquarters is the sum of Steve Job's vision and years of planning right down to the smallest of details. Everything has been meticulously crafted and thought of as Apple would with any of its products. This includes having the wood for walls quarter-cut in January to have the least amount of sap and sugar to patenting special pizza boxes for employees to, well, carry pizza.

Dan Winters from Wired recently got an exclusive inside look at of the nearly completed Apple Park, and detailed all the minute details that he noticed during his time there. One of the more interesting things he stopped to point out was Apple's patented pizza containers, notably shaped in the form of a spaceship.

Winters says that the circular pizza container was meant for letting employees to carry pizza from the cafeteria to their desks. Of course, being an Apple-designed pizza container, there are some nifty features here as well. The container has holes on the in lid that lets air escape and prevents the pizza from getting soggy. 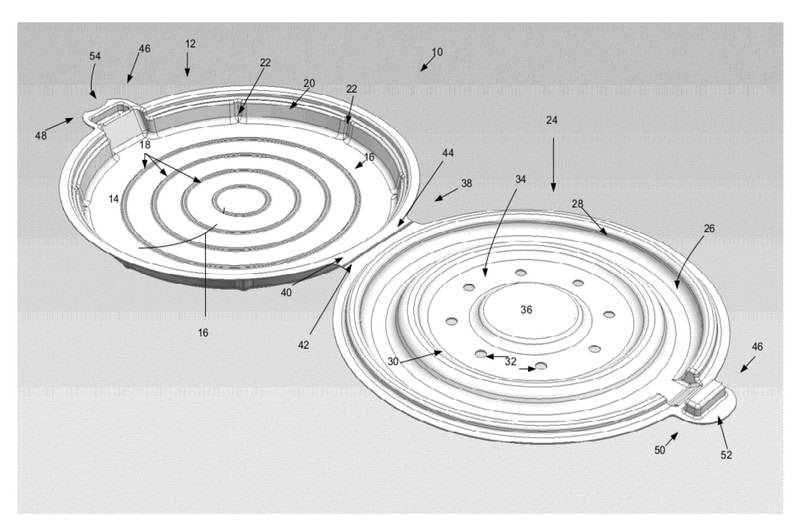 The Apple pizza box was designed and patented back in 2010. Interestingly, although the pizza container is being talked about today, it's actually been circulating around Apple cafeterias in existing campuses for a while now. In fact, The Guardian found an old tweet that showed the pizza box, called Caffe Macs, signed by Apple employees after Steve Jobs' death.

The patent filing reveals Francesco Longoni, head of Apple's food service team, as one of the inventors of the pizza box.