Apple Named Most Valuable Brand in the World for Fifth Consecutive Year: Interbrand

Apple has once again topped the list of 100 Most Valuable Brands released every year by Interbrand. The Cupertino-based giant was rated as the most valuable brand for the fifth consecutive year. Interbrand's 100 Most Valuable Brands list saw technology firms doing really well. Google and Microsoft were the second and third respectively in the list. Amazon, Samsung, and Facebook were ranked fifth, sixth, and eighth respectively. In the top 10 list, IBM was the tenth brand.

"Half of the ten brands at the top of the Best Global Brands 2017 list are in the technology sector-Apple, Google, Microsoft, Samsung, and Facebook. Each one of these brands either moved up on the list or stayed in the same place, which is a testament to their continued momentum. Yet all of these businesses do much more than just create cool new technology," noted Interbrand. 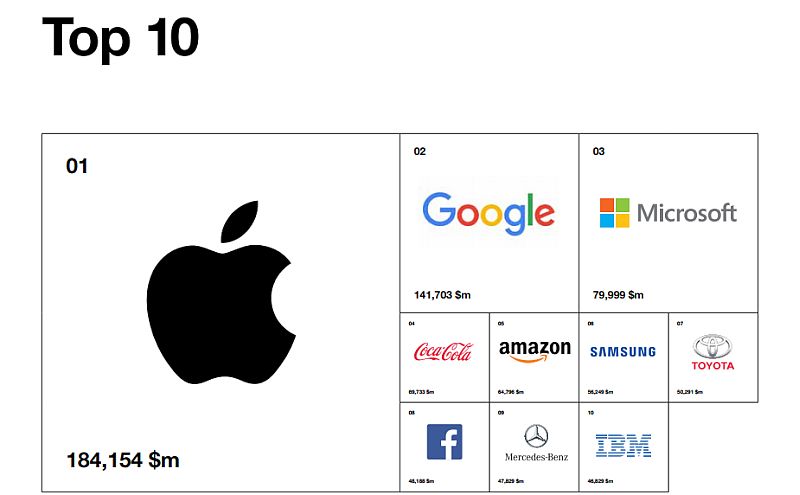 The Best Global Brands list by Interbrand includes 15 technology companies out of the 100 which is just behind automotive industry that had 16 brands in the list. "The top 10 brands hold 42 percent of the best global brands total value," noted Interbrand.

Interbrand also included some of the new companies that have managed to make it to the list like Netflix which was ranked at 78.

"Over half of the Best Global Brands are from the Automotive, Technology, Financial Services, and FMCG sectors," noted Interbrand.