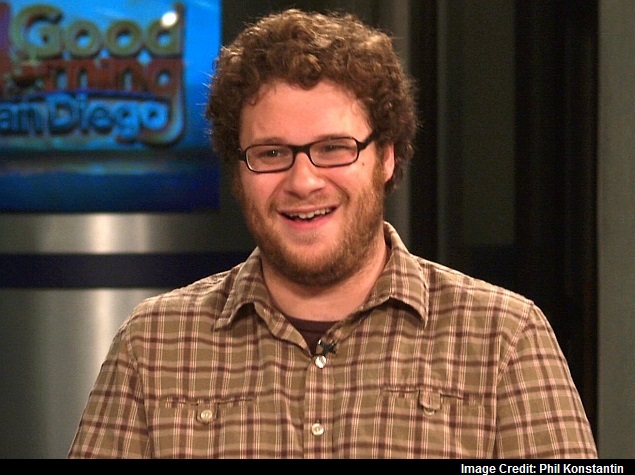 Recently rumours that Christian Bale will play Apple co-founder Steve Jobs in an upcoming Sony biopic based on the 2011 biography Steve Jobs by Walter Isaacson were confirmed by writer Aaron Sorkin, of The Social Network fame.

Now, multiple reports are suggesting that Seth Rogen has been roped in to play Apple co-founder Steve Wozniak.

The Wrap reports, citing multiple individuals familiar with the project, that Seth Rogen is being considered for the role. Meanwhile, Variety claims that the Canadian actor "has been set to star as Steve Wozniak."

Seth Rogen was last seen in movies such as Neighbors and This is the End.

Reports also suggest that Jessica Chastain is under consideration for a part in the same movie, though as of now which role she will play was not revealed.

For those unaware, Steve Wozniak co-founded Apple along with Steve Jobs and Ronald Wayne. Wozniak was an electronics engineer and computer programmer who is credited with single-handedly designing both the Apple I and Apple II computers in the late 1970s.

The biopic will be based on the 2011 biography Steve Jobs by Walter Isaacson and features Aaron Sorkin as the film's screenwriter. Notably, Sorkin had won an Academy Award for The Social Network, based on Facebook and its co-founder Mark Zuckerberg. The movie is being directed by Oscar-winner Danny Boyle.

It's worth noting that the upcoming biopic will be the second movie in recent times that will be based on Steve Jobs. The first named Jobs released last year and starred Ashton Kutcher.

Aaron Sorkin, in a recent interview with Bloomberg Television, revealed that Christian Bale would play Apple co-founder Steve Jobs in the upcoming biopic.

He was quoted saying, "We needed the best actor on the board in a certain age range and that's Chris Bale."

"He has more words to say in this movie than most people have in three movies combined. There isn't a scene or a frame that he's not in. So it's an extremely difficult part and he is going to crush it," Sorkin added.