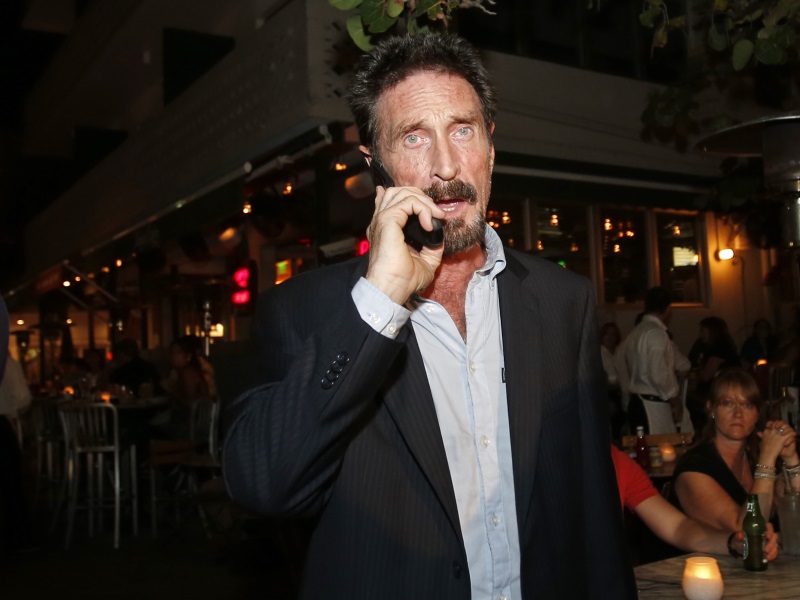 John McAfee, a software pioneer who later became a fugitive from justice in Central America, unveiled plans Wednesday to run for the US presidency.

"I am founding a new party yet to be announced," the filing stated.

A spokesman for the campaign said in a response to an AFP query that an official statement would be made later Wednesday.

But McAfee told the news website Ars Technica he was running as a member of the "Cyber Party."

"In terms of ideology and aims, it is not really related to any existing party," he was quoted as saying.

His run was first reported Tuesday by the Washington newspaper The Hill. He told Wired Magazine on Tuesday he was weighing a run, saying, he had "many thousands of emails" encouraging him to run.

McAfee, who on his own Twitter page refers to himself as an "eccentric millionaire," amassed an estimated $100 million (roughly Rs. 666 crores) fortune during the early days of the Internet in the 1990s, designing the pioneering anti-virus software that bears his name and which is now owned by Intel.

After cashing out, he became an intrepid adventure-seeker, arriving in Belize in 2009 after losing most of his fortune to bad investments and the financial crisis.

McAfee was briefly incarcerated in that country after police found him living with a 17-year-old girl and discovered an arsenal of seven pump-action shotguns, one single-action shotgun, and two 9-millimeter pistols.

He was living in Belize when police came looking for him to discuss the murder of his neighbor a crime for which he maintains his innocence.

He managed to flee the Central American country, where he says he left behind most of what remained of his assets.