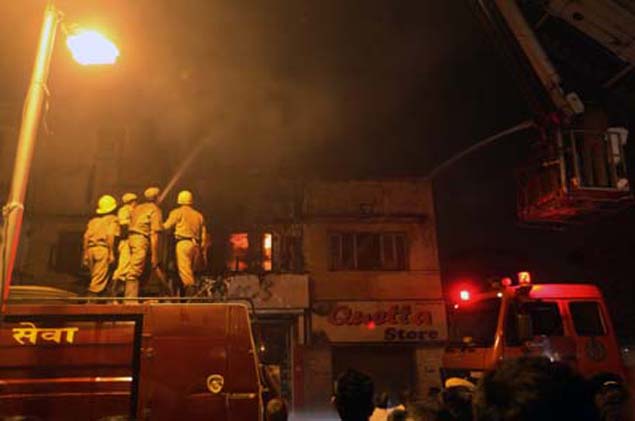 Fire tenders in Andhra Pradesh will soon be equipped with Global Positioning System (GPS) and video cameras, a measure aimed at quick response during emergencies.

The initiative, touted as the first-of-its-kind in the country, will not only allow the fire-fighters reach the location of fire mishaps quickly, but also provide them with guidance in the fire fighting operation, a senior Fire Department official said.

"The GPS-based system enabled with video cameras will be launched in about a month's time. In the first phase, GPS system and cameras will be installed in 150 fire engines across the state," the official said.

Presently, there are 252 fire stations with over 300 fire vehicles in Andhra Pradesh.

A Centralised Control Room will be set up in Hyderabad which will be connected with the GPS system, he said, adding that it would help in monitoring the movement of fire vehicles and determine where the fire incident has occurred and accordingly the fire fighters would be guided along the route and to reach the scene through shortest distance.

The fire fighters have already been provided with SIM-based tablets, which will be installed with GPS technology and related software.

"In the event of emergency, the fire fighters will dispatch feed from the tablets and the GPS units, in turn will help them access locations and reach the emergency scenes quickly while the officials at the control room can simultaneously keep track of the vehicles," the Fire Department official explained.

"Fire spreads too fast and if the fire fighters do not reach the scene in time not only the property will be totally burnt, but several lives will also be lost," the Fire Department official said.

He pointed out that during the last year's Manikonda fire incident here 30 precious minutes were wasted as the fire personnel were unable to find the exact location of the fire mishap.

At least seven persons were killed after a five-storey residential apartment caught fire near Manikonda at Puppalguda under Rajendranagar mandal in November last year.