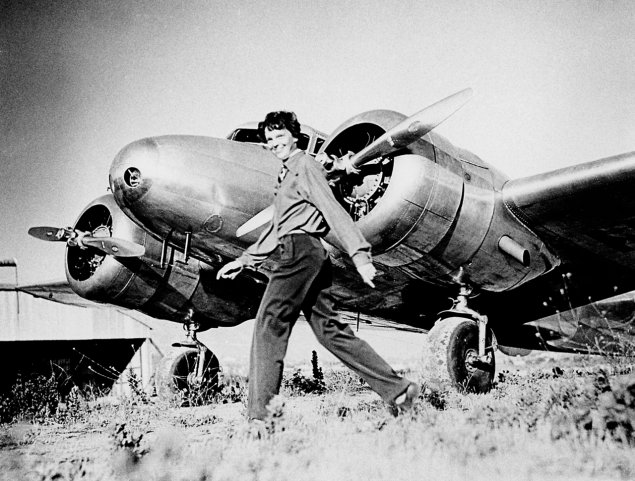 Today's Google Doodle is in memory of Amelia Earhart, an extraordinary female aviatrix who flew solo over the Atlantic Ocean not once but twice.

But her passion wasn't just restricted to flying. She was also a successful and renowned writer. Not many know that Amelia secretly dreamed of making it as a creative writer. She served as an aviation editor for cosmopolitan magazine from 1928-1930 writing articles and frequently responding to reader's questions regarding flying.

She wrote extensively in newspaper columns including The New York Times and The New York Herald Tribune, magazines, essays and even published three books based on her flying experiences.

20 Hrs., 40 Min., which was released in 1928, comprised of Amelia's experiences as the first woman passenger on a transatlantic flight. Another book titled The Fun of It came out in 1932, which was a memoir of her flying experiences and also included an essay on women in aviation.

Amelia's third book titled Last Flight was published in 1937. It was earlier called World Flight but post her disappearance over the Pacific in the same year, Earhart's husband, George Palmer Putnam posthumously released the book with a different title. The book features periodic journal entries she sent back to the US during her world flight attempt.