Adidas to Launch Robot-Made Shoes in Germany From 2017 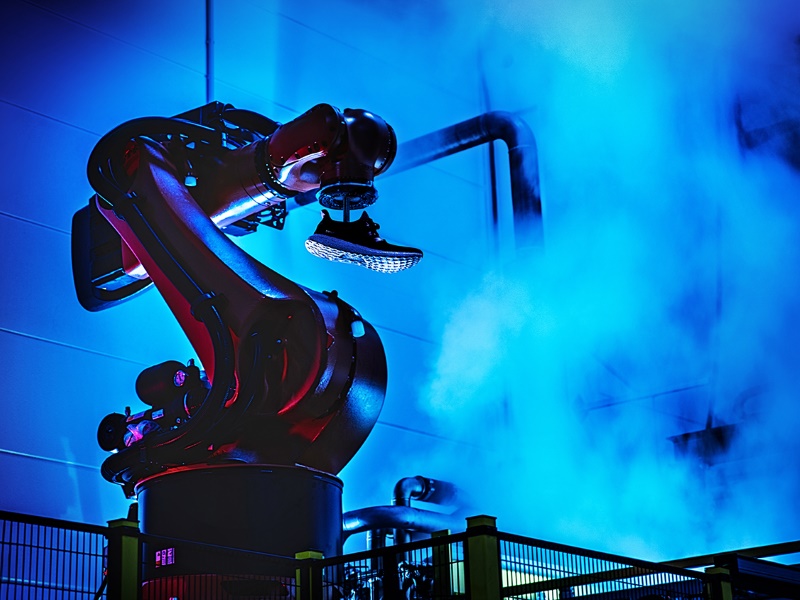 Adidas, the German maker of sportswear and equipment, announced Tuesday that it will start marketing its first series of sportshoes manufactured by robots in Germany from 2017.

More than 20 years after Adidas ceased production activities in Germany and moved them to Asia instead, chief executive Herbert Hainer, unveiled to the press the group's new prototype "Speedfactory" in Ansbach in southern Germany.

The new state-of-the-art 4,600-square-metre plant is still being built, but Adidas showed off a foretaste of it to the press, promising to automatise shoe production, currently done mostly by hand in Asia, and enable the shoes to be made more quickly and closer to its sales outlets.

The factory will deliver a first test series of around 500 pairs of shoes to be sold from the third quarter of 2016.

Large-scale production will then begin in 2017 and Adidas is planning a second "Speed Factory" in the United States in the same year, said Hainer.

The group is targetting production of around "half a million shares per year within three to five years" at each site, said Gerd Manz, head of innovation and technology.

CEO Hainer insisted that the speed factories would not immediately replace the work of sub-contractors done in Asia.

"Our goal is not full automatisation," said Manz.

Adidas produced 301 million pairs of sportshoes in 2015 and needs to produce 30 million additional pairs each year to reach its growth targets by 2020.

Contacted by AFP, six subcontractors of Adidas in China declined to comment or said they were not aware of the new rival production sites.

In the longer term, Adidas is planning to build robot-operated factories in Britain or in France, and could even produce the shirts of Germany's national football team in its home country, said Hainer.

The shoes made in Germany would sell at a similar price to those produced in Asia, he promised.

Adidas is facing rising production costs in Asia, where it employs around one million workers.

Arch-rival Nike is also developing its robot-operated factory, but Adidas was well ahead of its rivals in this area, Hainer insisted.