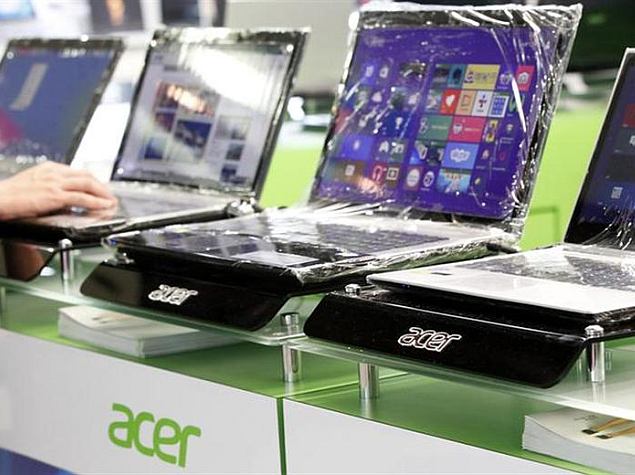 It's deja vu for Acer's founder Stan Shih as he prepares to step down again later this month he retired 10 years ago, but returned to take back the reins of the struggling Taiwanese personal computer maker.

Since his comeback as chairman and interim president late last year which he always billed as a temporary measure the company has gone through a painful restructuring, after two top executives quit over the firm's poor performance.

But with Acer swinging back to profit in the first quarter of this year, following three consecutive losses, 69-year-old Shih says he is looking forward, not back.

"I don't like to waste my mind on regret, I don't have time," he told AFP in an interview at Acer headquarters in Taipei, where industry leaders from all over the world are gathered for Computex, Asia's largest tech trade show.

"You have to always look ahead, always be positive. It's your choice, your destiny. You have to enjoy life."

Shih founded Acer in 1976 and built it into the world's second-largest PC maker in its heyday, and one of the best known Taiwanese brands internationally, before retiring in 2004.

But its fortunes have worsened in recent years as sales have been hit by competition from Apple and other rivals, as well as shrinking demand for PCs.

Ahead of Computex, Acer launched its new Build Your Own Cloud (BYOC) service, touting it as the future of cloud computing, whereby individuals can access information stashed online instead of their computer hard drives.

It also revealed a fitness-tracking wristband, its first ever wearable device.

With this new vision Shih has predicted the company will "return to glory" by 2017 still with a clear commitment to its PC-making roots.

He says there is now a better sense of teamwork and entrepreneurship at Acer, where senior executives took voluntary salary cuts of 30 percent as part of the overhaul.

Sailing into the sunset
"Before I made the decision (to return) it was a headache my wife didn't agree, but no one accepted my invitation to the chairmanship. I asked many people. We tried every other possible way, but there was no choice," says Shih.

"The main reason I came back was my personal social responsibility, not my investment.

"There are so many shareholders, so many employees and partners under Acer."

The father-of-three and grandfather-of-eight will step down as chairman at a board meeting on June 18, but will remain a board member. Co-founder George Huang will take his place as chairman.

"I have a new chairman, new CEO, new management team. Of course it's just beginning, but it looks as though everything is shaping up," says Shih.

"I think all our efforts have had a good result it's too early to claim an achievement, but we're encouraged."

And his wife of 43 years, Carolyn Yeh, is also happy despite her initial reservations.

"She supports me and she can see it's (the company) stabilised and turned around gradually," he says, crediting her for looking after his health.

"I get up in the morning and walk with my wife. After dinner we also walk again 10,000 steps together every day.

"It's good for us because we chat a lot when we walk."

In September the couple will be taking a cruise on the Danube with friends and Shih says he is relishing the prospect of taking his foot off the gas.

"I still have a personal social responsibility, but I won't have any criteria imposed from outside, from my peers, Wall Street, quarterly results. I like to release the psychological pressure," he said.

"At some point, you have to retire."