We caught up with a few winners of the WWDC21 Swift Student Challenge for a brief chat. 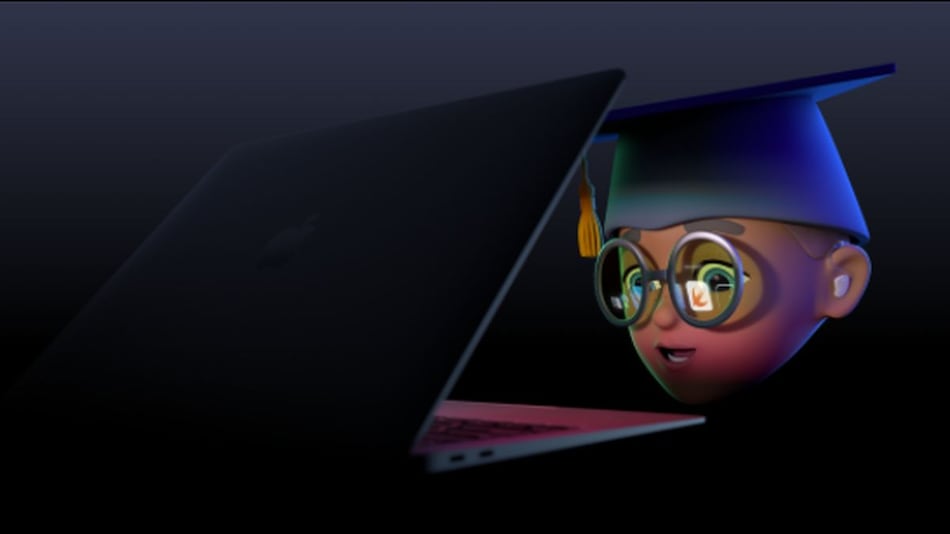 Apple recently announced 350 winners of its Swift Student Challenge, who will get to take part in the company's 2021 Worldwide Developers Conference 2021 (WWDC) that starts on Monday, June 7 and goes on till June 11. The winners come from 35 different countries and Gadgets 360 caught up with four of the winners picked from India. The winners all had to use Apple's Swift programming language (which was launched in 2014) to create an original Swift playground.

As a part of the Swift Student Challenge, the participants were asked to create an interactive scene in a Swift playground on the topic of their preference. The competition was open to students 13-years or older, enrolled in a STEM organisation's educational curriculum. The students were judged based on their technical accomplishment, creativity of ideas, and the content of the written responses they'd submitted. The winners of the challenge are usually awarded an all-expense-paid trip to California to attend the WWDC conference.

Since the WWDC 2021 conference is going virtual for the second time owing to the pandemic, the winners will attend the virtual conference from their home. We caught up with few of the winners from India who shared their experience participating in the challenge, their love for Apple (or otherwise), and their hopes for the future.

Ayush Singh is a 19-year-old engineering student from Manipal University, Jaipur who was selected as one of the winners in the WWDC 2021 Swift Student Challenge.

For the Swift Student Challenge, Singh developed a Virus Shooter where users had to shoot and kill viruses that had their own gravity. There were santisers present alongside the viruses which the players weren't supposed to shoot at. He was inspired to create a virus-themed Swift Playground because of the pandemic.

Singh said he has been coding since grade 8. He started learning coding from MacroVision Academy in Burhanpur, Madhya Pradesh – an Apple Distinguished School. “I started my coding journey from that school,” Singh said. “Mr. Vijay Sukhwani, the Head of Management of the school was a very helpful figure throughout my coding journey.”

Singh's parents also bought him both a Mac and an iPad, to help him check different interfaces for iOS apps - an opportunity only a few Indian children would get. Singh paid half the price of the Mac from his pocket and plans to do more with earnings from his apps. “Hopefully, once I earn enough to afford it, I'll make a switch from my Android phone to an iPhone,” he said, and his dream is to work with Apple as an engineer.

“Cryptocurrency and Disney can go hand-in-hand,” Bothra said while explaining her project. “I personally did not understand the need for cryptocurrencies before I studied about it as a part of my college curriculum. Hence, I decided to share my understanding through this project,” she explained.

During the ideation and development of the project, she tested positive for COVID-19. “Luckily, I only had mild symptoms but it did add a difficulty level... Since this topic is a theoretical one, there weren't many resources for the coding part, but that's what was unique about my project I believe,” Bothra said.

Bothra said she worked as an intern on the app Stamurai, which helps with stuttering-therapy. She hopes to work on more such projects that help make a difference. “I am seeking to explore new opportunities in iOS Development to bring a change in the world with the power of apps and technology,” Bothra said.

Sabesh Bharathi - A new way to experience a book

For this year's challenge, Bharathi designed and developed, Ruby's Dilemma. His Swift playground was built as a Playground book. Users had to navigate through the pages of the book experiencing a thought-provoking experience he developed to generate awareness about the harmful impacts of climate change brought forth by humans. Towards the end of his Playground notebook, he encourages users to reinvent their lifestyle for the betterment of the planet.

“It was a great learning experience...It is sad that I can't travel to California though, I'll definitely be giving it a try next year” Bharathi said. “Eventually, I want to work with Apple or start something like Apple... I want to make the world a better place.”

16-year-old Shivansh Tyagi, a grade 11 student in Delhi Public School, Bengaluru, is the youngest winner of the Swift Student Challenge from India.

For the challenge, Tyagi created a Swift playground explaining the creation of a Block and a Blockchain and a few methods on its working. “I added detailed snippets of code and explained the workings by building a rough model of a Blockchain and how it works in the Swift programming language,” Tyagi said.

“I also stressed on some of the philosophy behind the idea, it's current state and where it may be going. Anyone with a basic understanding of programming ought to understand its workings as they were the intended target audience,” he added.

Talking about his experience designing the project Tyagi recollected, “Honestly, it was kind of stressful because with any project there are a ton of design decisions to be made and since I was trying to explain a technological concept, it needed to be precise yet clear so the audience could grasp the workings of what I was trying to do. “