Window or Split? Inverter? Star Rating? Tonnage? Everything You Need to Know Before Buying an AC in India 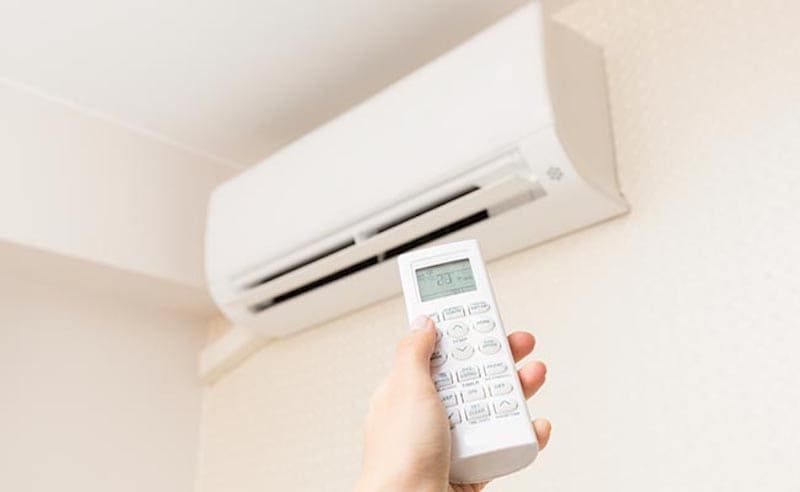 It's the summer, and that means that many of us are going to be buying new air conditioners (ACs) as we move into new houses, or upgrade the ones we already have. However - as is the case with most appliances - it can feel like manufacturers have gone out of their way to make buying an air conditioner extremely difficult. Today, if you're out to buy a phone or a laptop, you can easily look up the specifications that meet your needs, and find matching products, compare their prices, and settle on the one you want to buy. But walk into a store and start looking at ACs, and the only difference that's really obvious between them is their price tags.

As it happens, we went through the process recently as well, and learned a few things along the way, which might help anyone who is looking to buy a new air conditioner right now. Here's what you need to know about buying an AC in India.

Split or window?
One of the first questions to get started with is whether you should get a split AC - where the compressor is outside your house - or a Window AC, where the unit sits on the window itself.

In terms of effectiveness, both are actually evenly matched, although with a window AC, since the window is closed off, it will reduce the light - and heat - coming into the room. Of course, that means giving up on a window altogether, which is not really pleasant, and if you are getting too much light, you could just use curtains.

However, there is one area in which a split AC stands out as the better choice. Since the bulk of the unit is outside the room, and not just sitting in the window, the noise it creates is coming from further away, and as such, a split AC tends to much quieter.

However, one thing we have noticed from perusing the market is that even with the same tonnage and star rating (more on that in a bit), window ACs are usually cheaper than split ACs, with the difference generally being around Rs. 5,000 to Rs. 6,000, so the question is whether you want the aesthetics and quiet of a split AC, or the more budget friendly window AC.

Do you want an Inverter AC?
A new wrinkle that has come into the picture in recent years, which is Inverter ACs. This isn't like the inverter battery you might have, in case you were imagining an AC that can keep working even if there is a power cut. At a Croma showroom, we were shown an inverter model, and asked the sales executive what this means.

"This is not a power inverter, but it changes the power of the compressor," he explained. "So your normal AC, the compressor is on, and then the temperature is lowered, and the compressor is switched off. And because it's [always] at full power, it uses more electricity." Instead of fully switching off, an inverter AC can make the compressor run at lower power, so it keeps the room cool for longer, rather than warming up again before starting the next cooling cycle. In the long run, this should mean that the AC can keep running at lower power, and thus reduce the electricity used.

That's not much, considering that inverter ACs in the market are all split ACs, and are mostly more expensive than a regular AC. However, you're (hopefully) not buying a new AC every year, so spending a little extra right now could be more economical in the long run, depending upon your usage. In general though, the star rating is a more useful guide when buying an AC.

BEE star rating
Another factor that's not very well understood is the star rating system, created by the Bureau of Energy Efficiency (BEE). In simple terms, the BEE star rating gives you a look at how much energy is consumed by different appliances, and the difference between a high or a low star rating can be fairly large. According to data from the BEE, the difference for a 1 ton 1-star AC (in terms of annual consumption for 1600 hours) would be around 65 percent.

The BEE rates the annual usage of a 1 ton 1-star AC at 843 units, and a 5-star AC at 554 units. Power tariffs are charged in slabs, but in Delhi, if you fall into the medium range of 200-400 units per month, you'll be charged at Rs. 4.50 per unit, which works out to roughly Rs. 3,800 for a 1-star AC, and just Rs. 2,500 for a 5-star AC. This is something you want to keep in mind when buying an AC as you'll be using it for a long time. The difference between a 3-star AC and a 5-star AC might be less than the savings you'll make in five years of use, so you have to check the ratings and take them into consideration when buying an AC.

There's one very important caveat to keep in mind here - the star ratings aren't set in stone, because as technology improves, the baseline for efficiency shifts as well. Energy ratings are regularly revised, and if you look at this year's ratings, for example, then what was a 3-star AC could well be a 1-star AC now, and a 5-star AC from 2016 might only be a 3-star AC by today's standards. Once you've made your shortlist, you should look at the actual Energy Efficiency Ratio (EER, higher the better) of the AC, in order to make your decision.

AC capacity
There are a lot of different factors that you need to consider when buying an AC, but perhaps the most important point is what the capacity of the AC should be. You'll find ACs of 1 ton, 1.5 tonnes, 2 tonnes, and so on in the market, and this doesn't refer to the weight of the AC. It is a measure of the heat the AC can remove in one hour.

This isn't affected by just the temperature but also by the size of the room. The bigger the room, the more units of heat that it can contain. This also means that if your house has a particularly high ceiling, you're going to have to factor that in, and not just the square footage of the floor area. So, what tonnage should you get? The Croma executive we spoke to said that if you have a 150 square foot room, a 1-ton AC is quite sufficient. That's a little small though, and for a nicely sized apartment bedroom of around 200-250 square feet, you're better off going with a 1.5 ton AC, he suggested.

Bluestar's website has a tonnage calculator which we checked out for a second opinion. We used Delhi as the location for the calculation, but you can visit the site and check for your own city as well. Bluestar recommended a 1 ton AC for a room that's 250 square feet, which is a little low compared to what we had been told, and so we checked on a few other manufacturer sites as well.

Hitachi's tonnage calculator gave us a recommendation of 2 tons for the same dimensions, and Carrier also gave us the same recommendation. We then went to an appliance store in Bengaluru and asked about a 250 square foot room, and were told that a 2 ton AC is the best bet, although a 1.5 ton AC can also get the job done if needed.

There you have it - these are the main things you need to keep in mind when buying an AC. The star rating/ power consumption makes a real difference so do pay attention, and buying an AC that's the right capacity is extremely important too. With this, you should know everything you need before buying an AC, but if you have more questions, or any recommendations, share them with us and other readers via the comments.