Watch This Car Drive Itself in Total Darkness 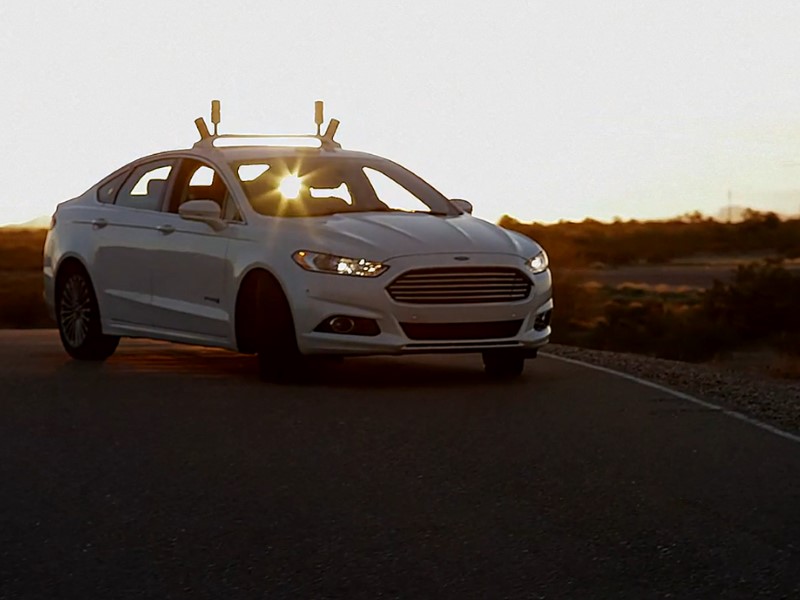 Driving at night is one of the most dangerous activities you can do in a car. Research from the federal government has shown that you're three times more likely to die in a nighttime car crash than in a daytime accident. That figure is no doubt heightened by the effects of drunken and drowsy driving - but poor night vision can also play a role.

That's why some car makers are trying to get their driverless vehicles to operate completely in the dark. In a recent test, Ford's engineers turned off the headlights, donned some night-vision goggles and sent their prototype Fusion sedan on a drive through the company's test track in Arizona.

Without being able to see the lane markings or the edge of the road, a human driver would have a hard time navigating the environment. And a sudden beam of light coming around the bend from oncoming traffic would be enough to wipe out what little night vision that driver might have had.

But unlike our eyeballs, computerized laser sensors don't need ambient light to see well. This technology, known as LIDAR, is being used in the development of cars with autonomous and semi-autonomous features. Lasers can help pinpoint a car's distance from other objects even when visual cameras can't get enough information to help a car figure out what to do.

This isn't the only technology Ford has been working on to help drivers late at night. Last year, reports showed the company was prototyping a set of pivoting headlights that can detect oncoming hazards and aim in different directions.

Navigating completely in the dark is probably an edge scenario most drivers will rarely face. But technology is all about testing our limits and establishing new ones. When driverless cars go mainstream, it may be reassuring to know that this is one of them.