US Tech Industry Needs Women and Must Interest Them at School, Say Experts 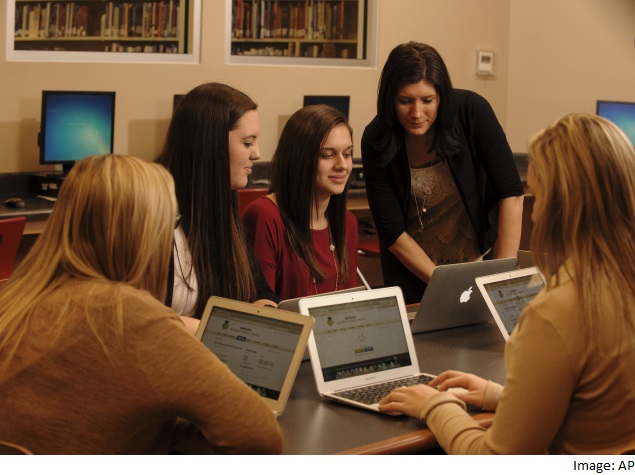 New York City programmer Bana Malik was passionate about computers and mathematics from an early age, a video games enthusiast and email user way before many of her male friends.

But early in her studies at New York's Columbia University, Malik took a computer science class and felt out of place in such a male-dominated environment - a common experience for women and minorities seeking work in an industry dominated by white men.

"I didn't see many of the women around me get into this (field), so I felt like I didn't really need this," Malik, 31, told the Thomson Reuters Foundation.

The technology industry is plagued not only by a gender gap but also by a broad lack of inclusiveness that affects minorities too, experts say.

"If you don't have a diverse group (of workers), how are you going to address the needs of a diverse group of people?" Robin Hauser Reynolds, the San Francisco-based director of a documentary on the topic, said in an interview with the Thomson Reuters Foundation.

It wasn't always this way.

Ada Lovelace, an English mathematician and Lord Byron's daughter who lived in the 19th century, was one of the first women pioneers in the field.

In the mid-1980s, women accounted for 30 percent to 40 percent of computer science students in the United States. Today that has dropped to about 16 percent, according to data cited by the National Science Foundation (NSF).

Tech giant Google reported that 30 percent of its global workforce were women as of January 2014, while Twitter had a 30 percent global female workforce, and Yahoo 37 percent, according to data from the companies.

Why so few women?
Reynolds' documentary, screened at this year's Tribeca Film Festival, delves into the question of why the tech industry has become a "boys' club".

"It's a deeply cultural problem, it's a stereotype problem" that begins early on in the classroom, Reynolds said.

Until the age of about 13 in middle school, girls fare just as well as boys in math and science, but then they stop raising their hand with the right answer, he said.

Many young women who enroll in computer science in college feel isolated and out of place and, like Reynolds' daughter, drop out of the course, discouraged by the predominance of the "nerd" or "geek", the young man who spends day and night looking at numbers and code on a computer screen.

"The way the classes are being taught, the make-up of the classes in college, that's part of the pipeline issue," said Reynolds.

Joanne Cohoon, an associate professor of science, technology and society at the University of Virginia, has said that girls are often expected to have interests that are fundamentally different from those of boys, and that this can create a gender imbalance in work like computer science.

If computer science was mandatory in schools in the United States - as it is, for example, in Britain - girls would be more comfortable with the subject from an early age, Reynolds said.

"We should be teaching (girls) that actually you can get into fashion, into film, all sorts of really cool things (with code)."

Filling the gap
The dearth of women and minorities in the tech world also creates an economic problem, he said.

A study cited by the White House said 1.4 million computer science jobs would be available by 2020, but only 400,000 graduates would be there to fill the openings.

"The need (for women) is drastic," said Cohoon, who runs workshops with her husband to help teachers increase the number of girls and minorities taking computer science classes.

Despite the initial hurdles, Malik did pursue a career in computer science and now works at Codecademy, a website that teaches people how to code and to build websites, among other things - and says that half its users are women.

"If (I) show up to a tech meeting, I am usually asked where my boyfriend is," she said. "It's an environment where people just don't expect you to be there."