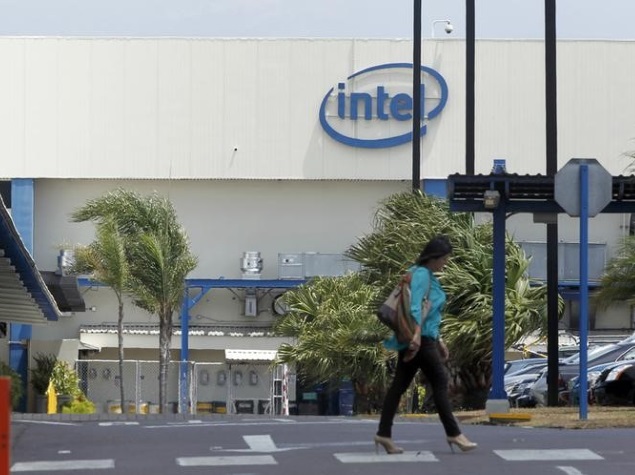 When Intel Corp said this month it would spend $300 million on increasing diversity in its workforce, Silicon Valley lauded its plan to improve the "pipeline" of candidates by helping more women and minorities study computer science and engineering.

But focusing too hard on the pipeline, a frequent tactic of technology firms seeking to change their workforce, will benefit the chipmaker less than working on what happens inside Intel, diversity advocates say.

Chief Executive Officer Brian Krzanich surprised a mostly male crowd at the Consumer Electronics Show in Las Vegas by unveiling a 2020 goal for Intel to employ more women and minorities.

Diversity has become a major corporate issue in the United States as companies look to improve their images and for ways to boost productivity by tapping new groups of potential employees. Intel's effort is one of the largest to date by cash spent.

Silicon Valley has a dismal track record employing those groups, and Intel is no exception: just a quarter of its U.S. employees in 2013 were women and 12 percent were Hispanic or African American, it said. By comparison, about one-third of bachelor degrees granted in computers and math go to women, according to the National Science Foundation.

Krzanich described plans for educational initiatives, an area where Intel already spends $100 million annually with an undisclosed but small portion focusing on women and minorities. He also broadly promised to improve hiring and retention.

A shortfall of women and minorities receiving technology-oriented education is often seen as the leading barrier to a diverse workforce in Silicon Valley.

An opinion piece in the San Francisco Chronicle said Intel's plans "hinge on the available talent produced by a limited educational pipeline." Prominent venture capitalist Paul Graham told online publication the Information last year that the lack of women technology entrepreneurs and programmers was a problem "10 years upstream of us."

Diversity advocates say seizing on the supply issue can obscure other causes.

"They are blaming the pipeline for their own faults," said Vivek Wadhwa, author of "Innovating Women," noting that many technology companies no longer consider degrees of any sort, including computer science (CS), a requirement for employment.

"If male flunkies can join (tech companies), why do women need to have CS degrees?" he asked. "This is an excuse."

He and others say technology companies should look inward, working on making themselves attractive to qualified women and minority candidates who avoid or abandon technology careers.

Lori Nishiura Mackenzie, executive director of Stanford University's Clayman Institute for Gender Research, said Intel should spend the bulk of its cash on what she called "the frozen middle" just below the top executives.

EBay has a workforce that is 42 percent female, compared with around 30 percent for most technology companies. A spokeswoman said women in leadership positions rose 30 percent annually after eBay launched a gender initiative, including mentorship of five women per senior executive, at the end of 2010.

Telle Whitney, chief executive officer of the Anita Borg Institute, which focuses on women and technology, said that the best return on investment is for companies to combat unconscious bias: unintentional discrimination that comes out in words and actions.

Many technology companies now offer managers training in this area, including Google Inc and Microsoft Corp .

Avivah Wittenberg-Cox, who runs a diversity consultancy called 20-First, said Intel should focus on improving diversity in its top three management layers, through steps such as encouraging different departments to compete on goals. Intel President Renee James is female, but the chipmaker has no Hispanics or blacks at its highest levels.

Silicon Valley is still seen as a nerdy boys club that is not interested in diversity, Wittenberg-Cox said. "Until that image and mindset changes, the numbers will not follow."

First Round-the-World Solar Flight to Take Off Next Month
Microsoft Phone-Laptop Hybrid to Be Unveiled at Windows 10 Event: Report