Air Purifiers By Xiaomi, Philips, and Others: What We Learnt After Using 5 Popular Air Purifiers for Over a Year

Air purifiers have become a necessity for anyone suffering from the Delhi smog, or for that matter, anyone living in north India. Though winters are yet to set in, the air pollution level has reached massive proportions in the national capital region. The toxic Delhi smog that has enveloped the city and the satellite towns has made the air quality 10 times worse than that of Beijing, and is behind doctors' calls for evacuation from the gas chamber it has become. So it is inevitable that you would be planning to buy an air purifier before the winters hit with full force and air pollution becomes worse than even last year.

We've talked in the past about what you need to keep in mind when buying an air purifier in India. We've tried to break down all the jargon so you know what's important, and also compared the most popular air purifiers available in India today. Thanks to our guides, you know why the air purifier you buy must have a HEPA purifier, and why you need to pay attention to filter costs as much as the up-front price of the purifier. You know that CADR (clean air delivery rate) gives you an idea of how quickly the purifier can clean up a room, and what other features actually make a difference.

We've used a number of different air purifiers since then - some we bought, and others were review units sent by companies for us to try over an extended period. To check the effectiveness, we used the Atlanta Healthcare AirVisual Air Quality Monitor (AQM) that enabled us to measure SPM and CO2 levels. 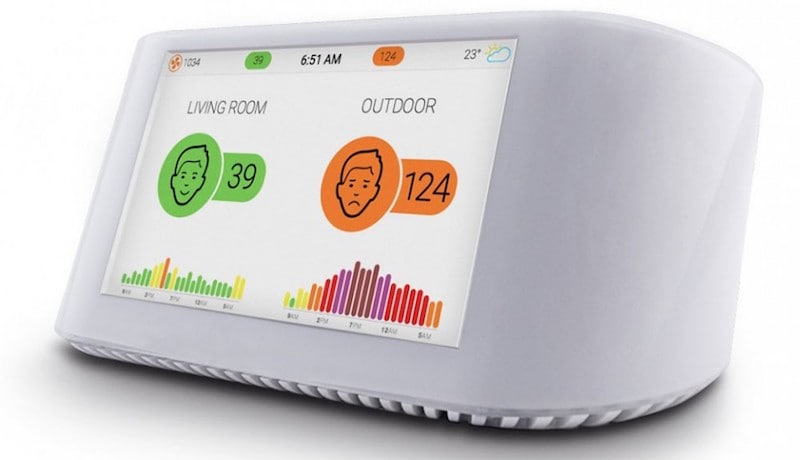 We were able to compare the performance of the different purifiers we tried - ranging from a sub-Rs. 10,000 purifier to one that's priced at almost Rs. 50,000 - based on the numbers we saw from the AirVisual AQM, and compare it against the specs they advertise. To make sense of these terms read our guide and better understand which purifier works for your needs.

Here are the purifiers we've tested for the last one year.

Getting the right purifier
As you can see, we've tried purifiers ranging from under Rs. 10,000 (Xiaomi Mi Air Purifier 2), to just under Rs. 40,000 (BlueAir iclassic 280i) for the last one year. In terms of the basic function of cleaning air, all of these fall in pretty much the same ballpark. However, the purifiers use different filters - for example, the Xiaomi has a (relatively) small HEPA-type filter, while BlueAir has a massive HEPA filter, with multiple layers for smoke removal, odor removal, and more.

This doesn't rule out the Xiaomi, however. If you're on a budget, want something that's portable and quiet, and still does a good job of cleaning up the air, then the Mi Air Purifier 2 has a lot going for it.

Another consideration is whether you're getting a single purifier or multiple ones for different rooms - smaller purifiers like the Xiaomi Mi Air 2, or the BlueAir Blue 211, can be moved around the house to keep it near you at all times. Bigger ones, such as the Philips AC4025, or the Moonbow AP A8608, are less convenient to move around. 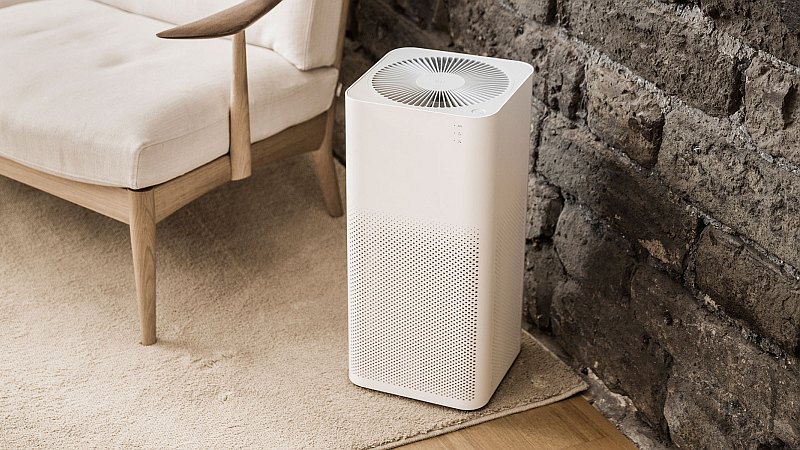 If you are looking at models beyond this list, check the CADR rates to see how quickly the purifier will work, and if it's from a brand you aren't familiar with, then find a way to get an AQM, and test the effectiveness yourself, just like we did. It's hard to quantify how much of an impact an air purifier makes with a sniff test - but watching the SPM count in your house in Mayur Vihar go from 300 to 30 in the course of an hour is a clear sign that something is working.

Smart features
Among the purifiers we were using, some, such as the BlueAir iclassic 280i, and the Mi Air Purifier 2, are "smart" purifiers that connect to the Wi-Fi network in your house, allowing you to control them using apps, and see various statistics on your phone.

In our guide we mentioned that you should focus on performance, not features, because the basic use is simple - filter the air. Everything else is an extra. After one year, did our views on this change?

In short, no. Although the smart features were fun to have, and added a bit of value, in our opinion, smart features were not really necessary. Getting the purifier up and running while you are driving home is nice, but there are other ways to do this, and after the first few weeks, we just ended up reaching for the buttons on the devices, particularly when you consider that the purifiers have very effective auto modes. What's more, setting up the smart features in the case of the BlueAir iclassic 280i was a real chore. 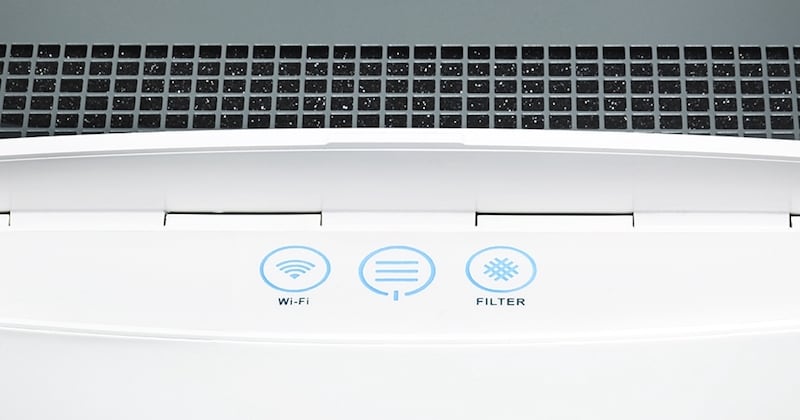 Maximise effectiveness
One of the important things to do is to get the placement of the air purifier right. You don't really need to keep turning it on or off, adjusting settings, and so on. In our experience, the best results were simply to trust the manufacturers and keep the machine on auto.

Getting the positioning right on the other hand was really important. First off, you want to make sure that the intake and output from the fans are properly positioned. For example, if you decide to keep a purifier like the Philips AC 4025 under a desk to save space, then you're going to have very clean air just under the desk and not much elsewhere. If the intake is only on one side, then don't block it by keeping it against a wall.

The BlueAir Blue 211 and the Mi Air Purifier 2 both take in air from all sides, which makes it easier, and both their fans are right on top. But remember - the further you are from the purifier, the lower the air quality gets - you can test this by walking around with an AQM and see the results change. When we were testing the Philips AC 4025 in Bengaluru, we were using it in an area where the base SPM count was around 80 to 100 - pretty good by Delhi standards, but still not good enough. When you run any air purifier, if you're monitoring the SPM count (with an AQM, or an on-board display on the purifier) then you'll notice that it takes some time to actually make an impact. Ideally, you should use the auto setting on your purifier and keep it running as long as you're in a room, to get the best results. 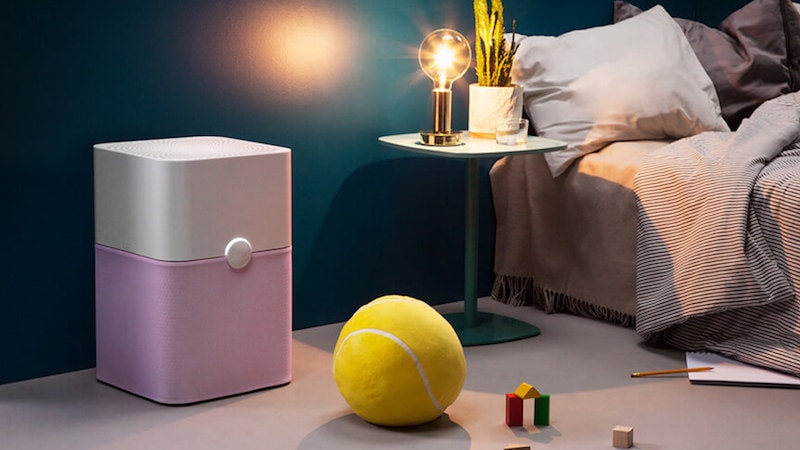 One more thing that we found useful over the course of our use was - shut the doors and windows. This is a fairly common sense move, but one worth mentioning nonetheless. Shutting off outside air (and pollutants) obviously made it easier to reduce the SPM count. This does raise the CO2 count, but the purifier should be able to keep this down.

So, keep the air purifier close to where you're sitting/ sleeping, and try and make sure that the space it's in is unobstructed.

How do you maintain this?
It depends on the purifier you're using, but most of the purifiers we tried come with a washable pre-filter that you can remove and clean (all models have user-replaceable filters as well). This traps larger particles, hair, dust, and so on. The easiest one to remove and clean was on the BlueAir Blue 211 - which was also the best looking, living-room-ready air purifier we used - while the Mi Air Purifier 2 does not have a removable pre-filter.

Clean the purifier regularly too. The air intake can get blocked up with dust and other particles and a visible layer builds up quite quickly - reducing the effectiveness of the purifier. Keeping it clean makes a huge difference, whether you're running a vacuum over it, or just wiping it down with a slightly damp cloth. 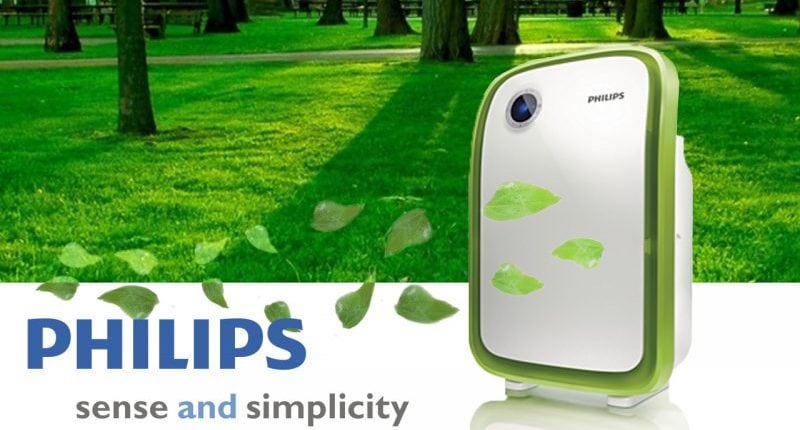 In Delhi, the SPM levels were frequently over 200, and using the Mi Air Purifier 2 there we saw the filter fill up very quickly. If you are living in a place where the SPM count is that high, then you might need to change your filter every six months. You don't need to physically check this - just about every purifier on the market has an indicator for the filter change, and the connected models will show this information via their respective apps.

If you're living in an area with less pollution, after about a year, you may have to change the filters, as they fill up. This was the case for both the Philips AC 2045 and the Mi Air Purifier 2 while we lived in Bengaluru, and we also tried out removing and changing filters for the other purifiers we used. The Xiaomi filter was the easiest to change, and a new one costs Rs. 2,499.

These filters are designed to be easy to remove and replace, but honestly, all of them are a little bit of a headache. It's also messy - we suggest you put on an anti-pollution mask before you change the filter.

These are the different things that we learned after using these five air purifiers for a year. Among these, our favourite was the BlueAir Blue 211 - it's really effective, has a very simple touch-based control setup, and you can see when the pre-filter needs to be cleaned and easily do that, and it's also the best looking one. The Philips AC 4025 was the one we typically kept in our bedroom, because it was quiet, effective, and sleek. The Mi Air Purifier 2 is also a good option if you're on a tight budget, and it's small size is really convenient if you might have to move anytime in the near future.

Further reading: clean air, air purifiers, Xiaomi Mi Air Purifier 2, Philips AC 4025, BlueAir Blue, Moonbow AP A8608, BlueAir Classic
Gopal Sathe Email Gopal Gopal Sathe is the Editor of Gadgets 360. He has covered technology for 15 years. He has written about data use and privacy, and its use in politics. He has also written extensively about the latest devices, video games, and startups in India. Write to gopal@ndtv.com or get in touch on Twitter through his handle @gopalsathe with tips. More
Dell Updates XPS 13 With 8th-Gen Intel Processors; Reveals Visor Mixed Reality Headset Price
Xiaomi Redmi 4A New Variant With 3GB RAM, 32GB Storage Launched in India at Rs. 6,999

Air Purifiers By Xiaomi, Philips, and Others: What We Learnt After Using 5 Popular Air Purifiers for Over a Year
Comment