10 Indian Robotics Startups That Are Building a Better Tomorrow

Robots could bring about a future where we don't have to do boring, everyday tasks. For now though, the only androids you'll find are Android smartphones. Robot butlers that can make your bed and do the laundry are still very much in the realm of science fiction for now. We're starting to see people making humanoid robots, and while these get a lot of attention, robotics has actually delivered amazing productivity gains at the assembly line. It's powered economies like that of South Korea, which has the world's highest robot density of 478 robots per 10,000 human workers. Now, China is laying down an action plan to automate work done by assembly-line workers in automotive and electronics manufacturing.

Globally, there are many proven and profitable use cases for robots - iRobot, founded by US-based MIT Artificial Intelligence Lab, has a 25 year history in building robots for domestic and military use, though it's probably most famous for its Roomba cleaners, which launched in India last year. Robots have seen a variety of use-cases in the military, from bomb defusal to surveillance. Here's a roundup of robotics companies based out India, with applications as varied as telepresence and dosa making.

(Also see: 12 Indian Hardware Startups That Are Making an Impact)

1) Team Indus
Winner of Google's $1 million (roughly Rs. 6.6 crores) Milestone Prize in the lander category, Bengaluru-based Axiom Research Labs is the only player from India still in contention for the $20 million (roughly Rs. 135 crore) Google Lunar X-Prize. Team Indus will attempt to land a lunar rover robot on the moon, and send images and data back to the Earth in 2017.

3) Sastra Robotics
Sastra Robotics develops and markets robotics technologies for a wide range of applications with a mission of serving humanity. Founded in mid-2012 and incorporated in August 2013, the team was selected as one of the top five 'Most Promising Start-Ups of 2012' by Startup Village, and Top 10 Most Promising Early stage Start-Ups of 2014 by TiE Bangalore. The company's focus is on mobile robots, tele-presence robots, robot interfacing and simulation software, robot APIs, open source robotic libraries and a prosthetic robotic arm. Sastra's SCARA robot can perform repetitive tasks, for uses such as moving products, milling, or even 3D printing, and is being used by Bosch to test touchscreens. 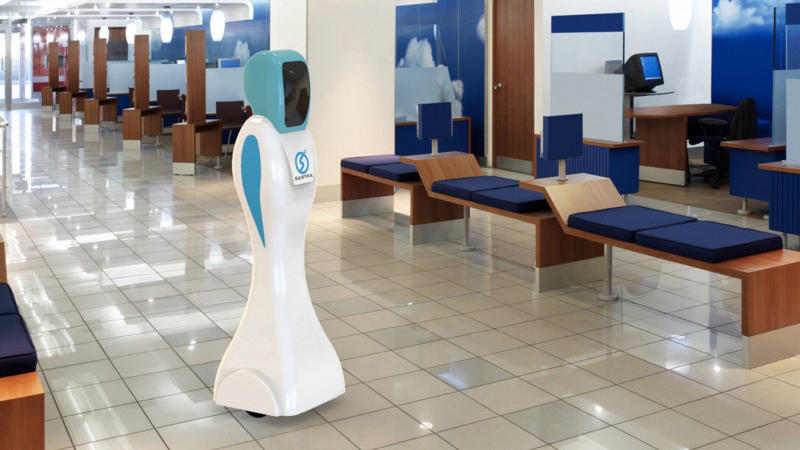 4) Milagrow
Gurgaon-based Milagrow is a consumer electronics company focused on mobile technologies, smart homes, and robotics. The company claims many India firsts, including floor cleaning robots, body massaging robots, and claims to be India's largest manufacturer of robot kits. Milagrow's cleaning robots are significantly cheaper than iRobot's Roomba, although the entry level models lack many of the features that the Roomba has.

5) Navstik
NavStik Autonomous Systems launched its Flyt platform for commercial drone makers in 2015, which bundles an operating system (FlytOS) and the electronics (FlytPOD). The startup only provides the operating system and electronics for the platform, and helps other drone makers with their business use cases, such as agriculture, surveillance, photography, disaster management, delivery, and policing. 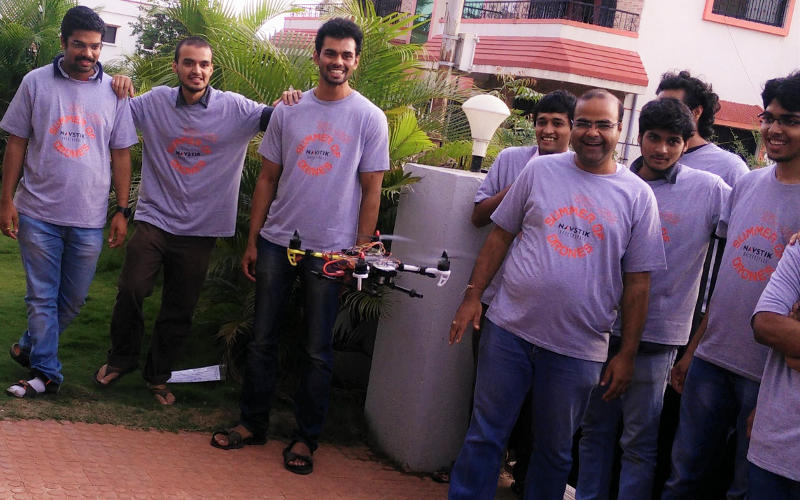 (Also read: This Pune-Based Startup Is Creating an Android-Like Platform for Drones)

6) I2U2Robot
The I2U2 robot claims to be the 'world's simplest telepresence robot', letting the owner control the unit through an app or a web browser, allowing them to look around and make HD video calls through a tablet, which acts like a face for the robot. The body is a simple cylinder with wheels, so it can move around freely, allowing the users to interact with multiple people in an office, or to use the bot for functions like home security. Currently, the I2U2 Version One is available by invite only on its website.

7) Mukunda Foods
Dosamatic, the world's first automated table top dosa making machine by Mukunda Foods, is an Indian Angel Networks incubatee with a research and development facility and a manufacturing unit both in Bengaluru. The Dosamatic is a portal table top model priced at Rs. 1.5 lakh, and can make up to 50 dosas an hour. It's not something you're going to need at home, but a restaurant, or some other facility which needs to prepare large quantities of food regularly, could benefit greatly from this robot.

8) Gade Autonomous Systems
Gade Autonomous Systems has developed a robot named the 'Advertron' which can serve as an interactive help kiosk and guide, and be deployed in marketing events or exhibitions. The company also develops story telling robots and augmented reality kiosks, capable of interacting through gesture controls.

9) Robosapiens
Robosapiens Technologies is primarily a robotics education company that provides workshops, DIY kits to education colleges and schools, and an organiser of robotics championships in Indian universities. The company conducts workshops in robotics, mechanical and embedded systems, app development and aero modelling, and more.

10) Omnipresent Robot Tech
Founded by ex-iRobot and Carnegie Mellon alumni, Omnipresent has developed UAVs and river cleaning robots, apart from robots for home and health care. Its clients include the Center for Artificial Intelligence and Robotics (CAIR), Isro, and Defence Terrain research laboratory. 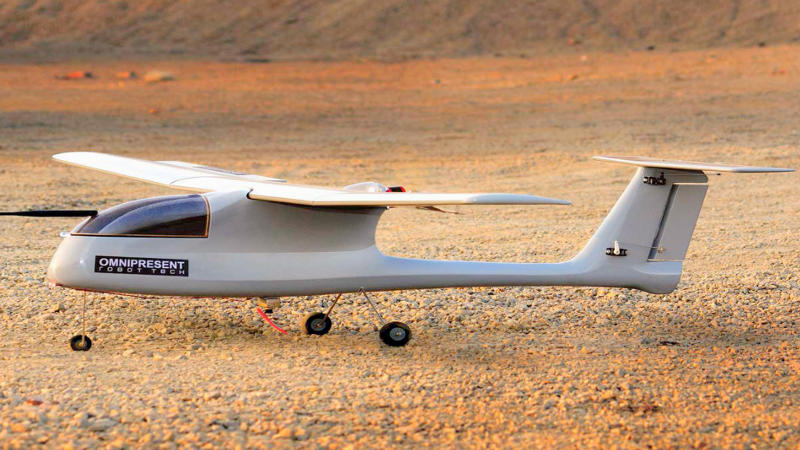