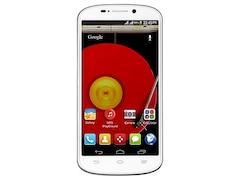 MTS Blaze 5.0 is based on Android 4.1, and supports storage expansion via microSD card (up to 32GB). The MTS Blaze 5.0 is a dual-SIM (GSM and CDMA) smartphone. It was launched in White and Black colours.

Connectivity options on the MTS Blaze 5.0 include .