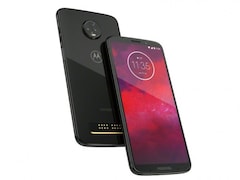 As far as the cameras are concerned, the Motorola Moto Z3 on the rear packs a 12-megapixel primary camera with an f/2.0 aperture and a pixel size of 1.25-micron, and a 12-megapixel camera. The rear camera setup has pdaf and laser autofocus. It sports an 8-megapixel camera on the front for selfies.

Need some help?
Motorola service center near you
Price List