ZTE is trying to turn the spotlight to itself with the ZTE V5, a smartphone priced directly against the formidable Moto G (Gen 2) (Review | Pictures). The ZTE V5 has slightly better specifications when compared to its opponent, with a 13-megapixel rear camera and 5-megapixel front-facing camera. ZTE's phone runs Android 4.4.2 KitKat but there is a custom skin on top of it called Nubia v2.5.1, which we haven't seen before.

Let's see how the ZTE V5 spices things up with this premise. 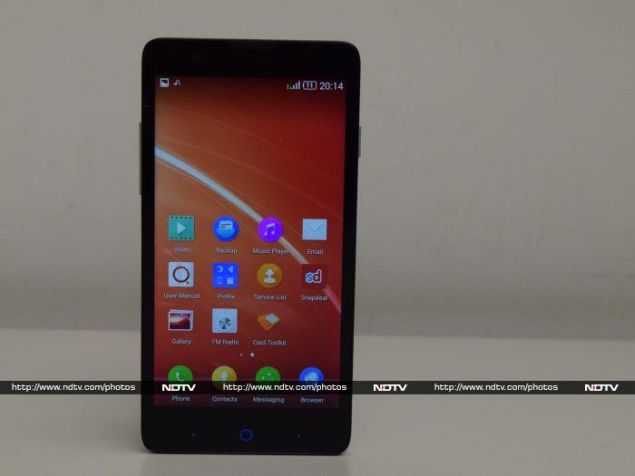 Look and feel
In this day and age when smartphone manufacturers are clamouring to make the thinnest and lightest smartphone, the ZTE V5 feels like an anomaly. At 165g and 8.9mm thick, the phone is definitely chunky. This is not necessarily a bad thing since holding it is reassuring and the build quality of the phone is actually pretty good. The two-tone black and white exterior looks sedate, but once the rear cover is popped open, you can see that the ZTE V5 has a bright blue interior.

This blue theme extends to the backlight of the capacitive navigation buttons which are located below the 5-inch screen. The home button is a hollow circle, while the back and menu buttons are just dots. This setup is similar to the Xolo Win Q900s (Review) phone we reviewed recently. In Xolo's case, the buttons are designed this way so that either Android or WP8.1 can be shipped on the same hardware. We think that it is a confusing setup, which ZTE could have avoided. 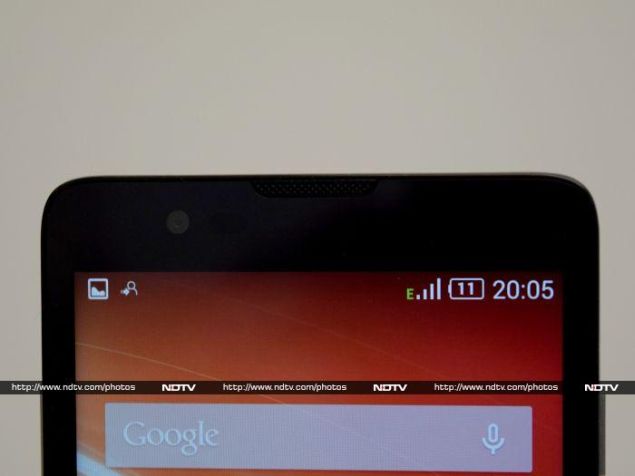 Above the display, there is the front-facing camera and the earpiece. There is a thick bezel surrounding the screen. On the right is the power/wake button, which is easily accessible, and the volume rocker is on the left. Both these hardware buttons have good travel. The primary camera on the rear juts out slightly. The lower half of the rear has two grilles which house the loudspeaker.

Specifications and software
Just like the Moto G (Gen 2), the ZTE V5 has a Qualcomm Snapdragon 400 SoC under the hood. The quad-core processor is clocked at 1.2GHz and there is an integrated Adreno 305 GPU. There is 1GB of RAM and 4GB of internal storage space. The internal storage can be further expanded by up to 32GB using a microSD card.

The primary 13-megapixel camera has a Sony Exmor RS sensor, and an LED flash for low-light situations. There is also a 5-megapixel front-facing camera. To provide the power for running the phone ZTE uses a 2400mAh battery. It can connect to the 850/900/1800/1900/2100MHz frequency bands. There is Wi-Fi and Bluetooth version 4.0 for wireless connectivity options. 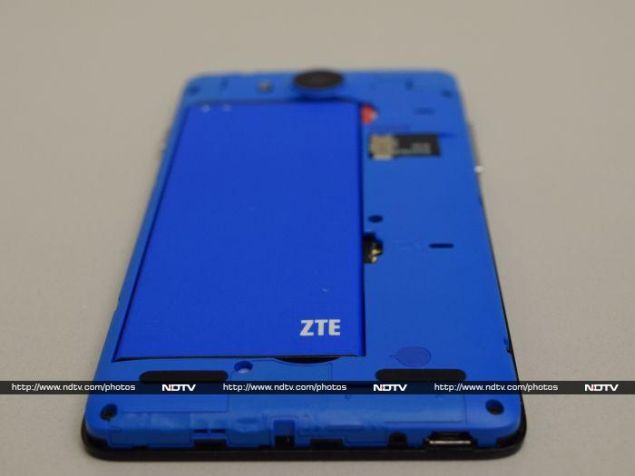 The 5-inch screen has a display resolution of 720x1280 which translates to a pixel density of 294ppi. It is a nice, rich display with vibrant colours. The viewing angles are pretty good as the screen doesn't wash out. However, since the screen is extremely reflective sunlight legibility takes a hit. The OGS display has Dragontrail glass for protection.

While the ZTE V5 runs Android 4.4.2, the company has added its Nubia v2.5.1 skin on top of it. The problem with this skin is that it is laden with animations, which slow down the device considerably during daily use. Moreover, there are a few inconsistencies such as spelling errors that can be seen in some places.

Most important of all, there is no multitasking option whatsoever, which we believe is a blunder by the developers. 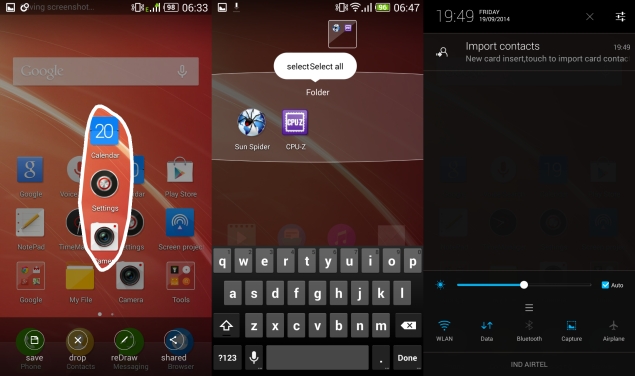 There is no app drawer and all the icons are stacked on the homescreen itself. While a few icons are rounded, most of the others are square. It's not all bad; we liked the fact that all the quick settings toggles are on the bottom of the notification shade, making them very convenient to use. For the purpose of reviews, we capture a lot of screenshots but with the ZTE V5 we just couldn't do it with the default power+volume down button combination. Later we noticed that a certain 'capture' quick setting toggle was turned off by default. This is a totally weird thing to do and we have no clue why the developers might have thought this was a good idea. On the other hand, long-pressing the back button brings up the option to draw any shape on screen to capture a screenshot of that area.

Coming to the apps, the stock music player took us back to the days of using the music player on Nokia phones since it scanned the device to add music to the library. Preloaded apps include Snapdeal, Screen Projector and My File.

Camera
The camera app has also been overhauled completely. The circular buttons on-screen are superimposed on top of the viewfinder area. There are three primary modes: Auto, Fun and Pro. In auto mode, the user can only change the HDR toggle. The filters are present in the fun mode whereas the Pro mode adds a ton of controls. However, some of the options in Fun mode, such as Alpha, Background and Combination are plain useless because getting good shots is next to impossible. All three modes demand the use of a tripod. 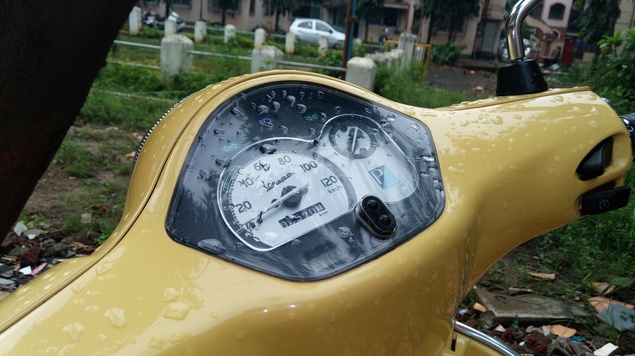 (Click for full size)
Thanks to the Sony Exmor RS sensor, the 13-megapixel primary camera captures really good details with noise levels kept to a minimum. These images have warm, natural colours provided they are captured from a distance. The lens cannot easily focus on subjects close to the camera, and as a result we ended up with an out-of-focus subject more often than not. In low-light conditions though, the camera is not that great and that was a bit of a disappointment for us. The 5-megapixel front-facing camera takes soft-focussed images and smoothens out most of the details which results in a water-colour effect. The captured 1080p video looked good with details mostly intact but the exposure was off for most part and so our recorded clips looked very dim.

Performance
The software is the culprit with respect to the V5's sluggish daily performance. Moving through the screens, opening web pages and apps are all exercises in frustration. In general, we faced slowdowns and a couple of times even the launcher force closed on us. The numbers are a different story, however.

In our GFXbench test the phone managed to score 10.6fps and in 3DMark Ice Storm Extreme it scored 5,545. In our CPU tests AnTuTu and Quadrant, the ZTE V5 managed to score 16,549 and 8,433 respectively. The in-built video player managed to play all our full-HD videos without any problem, even the most heavily encoded 40mbps one. 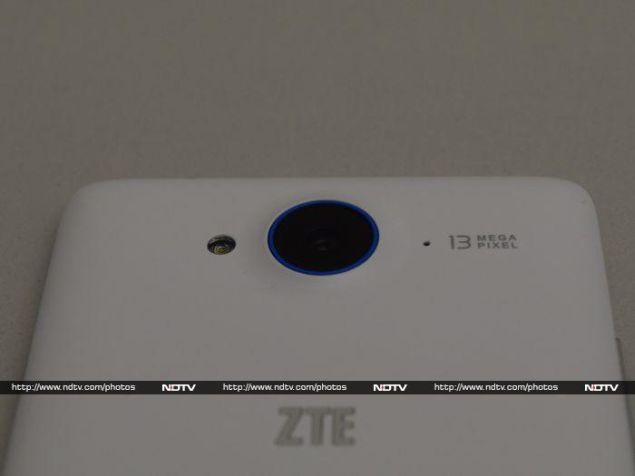 The loudspeaker is adequately loud but at high volume the sound distorts. The phone has SRS TruSurround HD which enhances the music listening experience slightly. The bundled earphones are serviceable. The quality of sound during calls was good and we didn't face any drop in network where there was congestion.

In our battery life test, the phone lasted us 11 hours and 42 minutes which is really, really good. This sort of battery performance indicates that users should be able to squeeze in a day and half worth of usage. 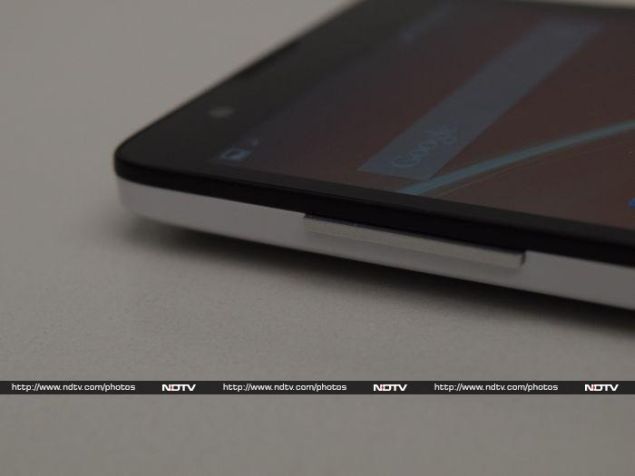 Verdict
The ZTE V5 is available exclusively on Snapdeal for Rs. 10,999 and this undercuts the price of the Moto G (Gen 2) by Rs. 2,000. However, the middling software performance is a big letdown for the phone and other options such as the Asus Zenfone 5 (Review | Pictures) and Lumia 630 (Review | Pictures) look better in comparison. Buy this phone only if you want great battery life and a decent camera, and do not really care about slowdowns during daily usage. 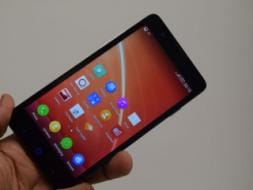