Zopo Mobiles has been making budget smartphones for the Indian market for quite some time now. The company has three series in its portfolio, namely Speed, Flash, and Color. The Speed series is home Zopo's flagship devices, which have more powerful components and better cameras, all while staying within a reasonable budget. The Zopo Speed X is one of the latest additions to the Speed series, and its highlight is dual rear cameras. This makes it one of the few phones with this feature to cost less than Rs. 10,000, but is it your best bet? We put it through our tests.

Zopo's Speed series models usually have metal unibodies but the Speed X doesn’t completely fit that mould. It has only a metal backplate, with plastic caps at the top and the bottom. Even the band surrounding the phone feels plasticky to the touch. The end caps don’t sit flush with the metal backplate and you can feel raised edges when you run your fingers over it. Zopo has placed the fingerprint scanner at the back along with the dual cameras and LED flash. Its location is easy to reach when holding the phone.

The Speed X is available in Royale Gold, Orchid Gold, Space Grey and Charcoal Black, and we prefer the latter. The front of the phone is dominated by a 5-inch full HD IPS display with non-backlit capacitive touch buttons below it. Above the display are a 13-megapixel selfie camera, the earpiece, and the selfie flash. This soft LED flash is yet another Speed X feature that is not very common at this price range. The relatively small footprint of the Speed X makes it easy to use in one hand. While the positioning of the power button is good, the volume rocker requires you to stretch your thumb out. These buttons offer decent feedback, however it can be hard at times to distinguish between them based on touch. The hybrid dual-SIM tray is positioned on the left and needs a pin to be ejected. You'll have to choose between a second SIM and expandable storage.

Zopo has positioned the speaker grill, the 3.5mm headphone socket, and the Micro-USB port at the bottom. At 131g, the phone is quite light and measures 8.1mm in thickness. It houses a 2680mAh Li-Po battery. While Zopo hasn’t specified any type of protection for the screen, the Speed X ships with a pre-applied screen protector. In the box, you also get a pair of headphones and a Micro-USB charger.

One look at the spec sheet reveals some interesting firsts for a phone at this price point. The dual camera setup at the back comprises of a 13-megapixel primary sensor and an additional 2-megapixel sensor used to capture depth. The display resolution is full-HD resolution, and at 5 inches, the density works out to 441ppi. The IPS panel manages decent colour reproduction and has good viewing angles. You do have the option to change the colour output to a "vivid" setting. 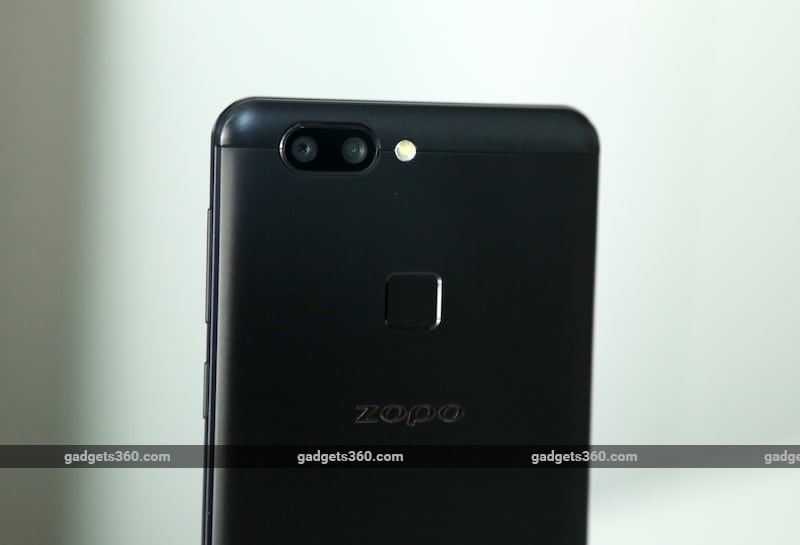 Zopo has picked the MediaTek 6753 octa-core processor clocked at 1.3GHz to power the Speed X, along with 3GB of RAM. This processor has been around for a while and it shows its age. There is 32GB of internal storage out of which a little less than 25GB is available to the user. You can use a microSD card but you’ll need to sacrifice the second SIM. There's also Bluetooth 4.0, Wi-Fi b/g/n , GPS, and support for 4G and VoLTE on both SIMs, though only one can use 4G at any given time.

The Speed X runs on stock Android Nougat with no custom UI skin. The company has integrated a few gestures that require you to wave a hand across the top of the phone. You can change songs, take photos, scroll through photos in the gallery, and answer calls. Gesture recognition did not work as described most of the time, and this felt more gimmicky than useful.

While an Android purist will like the stock approach, not many will appreciate the bloatware that comes preinstalled. You get trial versions of Perry and World Racing Challenge 3D which are good for three sessions after which you are required to buy them. DailyHunt, a news app is quite spammy. Niki is a personal chat assistant that we didn’t find very useful. Quick Touch, an app that replicates the iOS Assistive Touch shortcuts, also comes preinstalled and while it is useful to some extent, we couldn’t find a way to get rid of it other than force-closing the app. Thankfully, you can uninstall all of these to free up space on the phone.

Unfortunately, the spec sheet does not translate into good real-world usage. Stock Android and 3GB of RAM do help with multitasking but the processor feels out of place. Zopo had used the same combination for its Zopo Flash X Plus (Review) and the Speed X faces similar problems. It runs hot and isn’t very power efficient. Heavy apps and games did make the temperature of the phone rise fairly quickly. We saw abnormal battery drain during heavy operations, and the battery capacity being lower than average doesn’t help. Even in our standard HD video loop test, the phone could only manage 6 hours and 4 minutes which is one of the lowest scores we have recorded in a long time. If you watch a lot of videos on your phone, this one isn't well suited for you. In terms of benchmarks, the MediaTek processor manages some decent scores. It clocked 38,415 in AnTuTu, and 624 and 2380 respectively in Geekbench's single-core and multi-core tests. Graphics performance is weak, and this phone could only manage 12fps in GFXBench. These scores are lower than those of the competition, putting the Speed X at a disadvantage. The fingerprint scanner at the back is fairly accurate while scanning and is quick to unlock the phone. However, the animation while locking the phone is slow and we found ourselves tapping the power button multiple times, occasionally triggering the panic button sequence. You can disable the panic-button if you want.

The camera app on the Zopo Speed X is quite basic and there are limited options to choose from. You get quick toggles for HDR and the flash, and you can select between normal, bokeh, and panorama modes. There are also lot of filters. We saw that the camera app starts up in the last-used mode instead of normal mode by defualt. The phone also warms up quickly when using the camera app which is disappointing.

Photos taken with the Zopo Speed X did not look as vibrant as we expected. Switching on HDR mode didn’t help much, and in fact introduced motion blur and ghosting in photos. Landscapes lacked detail and we observed a bit of purple fringing. The bokeh mode struggles to deliver the output it promises and there is considerable lag in the viewfinder in this mode. We also had to tap the screen multiple times to get the app to focus on what we wanted. It will work well enough with macros and portraits but you’ll need to have a still subject and good lighting to get a usable result. 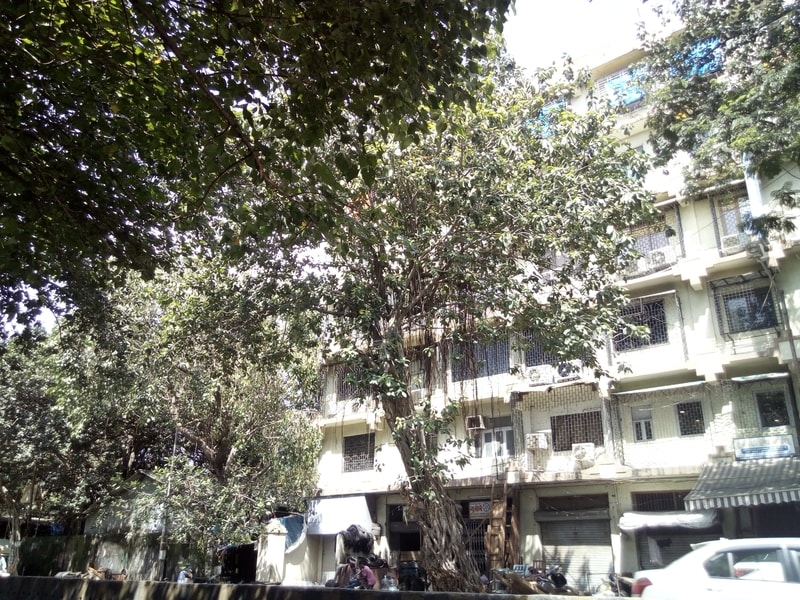 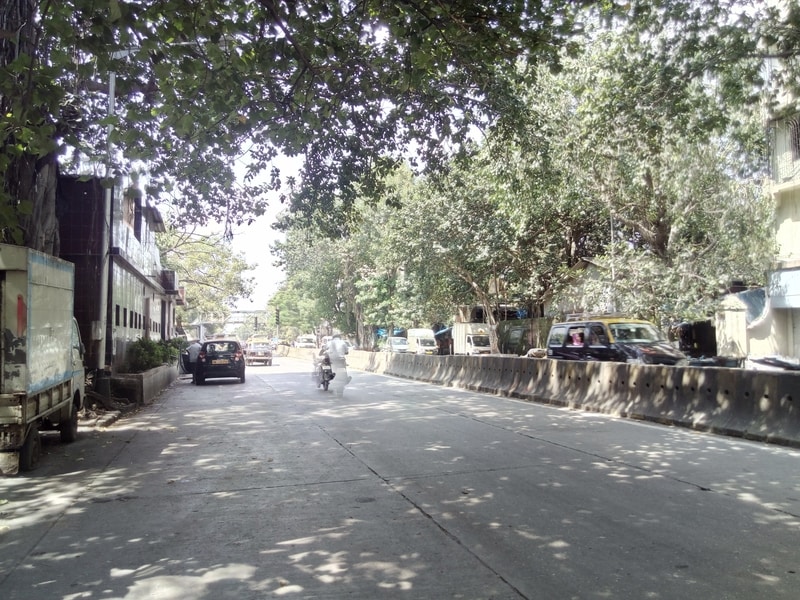 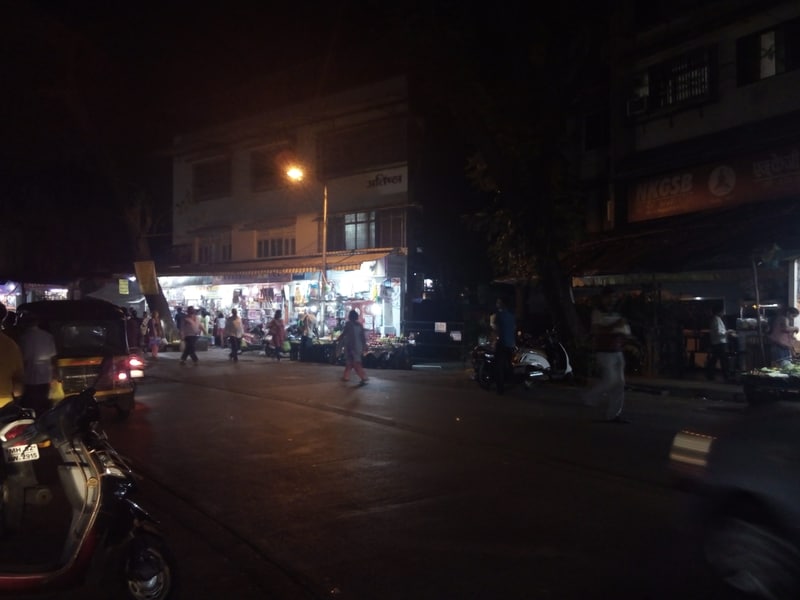 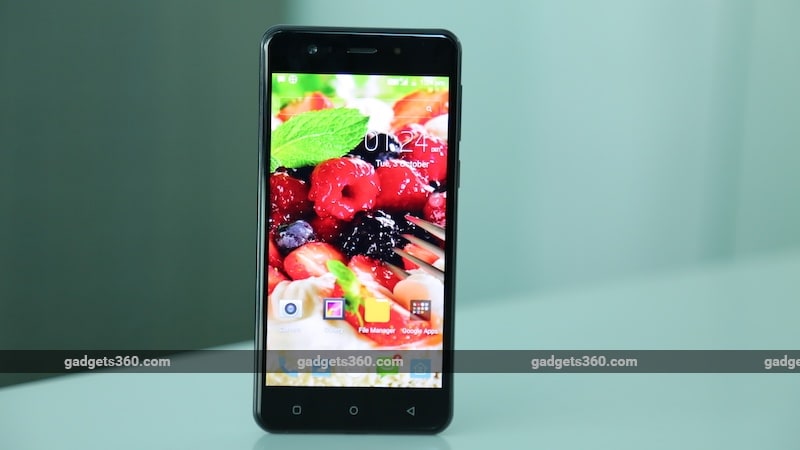 The Zopo Speed X has a lot of interesting features considering its price, most notably the dual camera setup and the selfie flash. It runs on stock Android Nougat with a few apps preinstalled. The compact size makes it easy to hold, and the pixel-dense display is good to look at.

Sadly, the specifications don’t translate into good real-world performance. The processor is outdated and warms up instantly when under stress. The dual cameras do not necessarily deliver better photos. Battery life is below average and you will need to carry a charger with you at all times. If you are in the market for a new smartphone, you can safely skip this one and instead check out our list of the best phones under Rs. 10,000.