Zopo Mobiles is yet another Chinese smartphone maker that has been vying for a piece of the Indian smartphone market. It entered the country two years ago and has been targeting the market with its Color and Speed series. The Flash X Plus, which we have for review, is the newest addition to Zopo's Indian portfolio.

Launched at Rs 13,999, the Flash X Plus recently got a price drop to Rs 12,499 to compete with a lot of smartphones already established in the segment. Going up against the Moto G5 Plus (Review), the Xiaomi Redmi Note 4 (Review) and the Lenovo Z2 Plus (Review) will be an uphill task. Is the Zopo Flash X Plus geared for it? We find out

The front of the Zopo Flash X Plus is dominated by a 5.5-inch display with a fingerprint sensor below it. The sensor is flanked by capacitive Back and Overview buttons which light up with the screen. Above the display is the earpiece that houses the notification light, and the selfie camera. The power and volume buttons on this Zopo phone are on the right side, and are positioned higher than we like. The power button has a texture on it that makes it easy to find. The left side is pretty much blank and only has the hybrid dual-SIM tray.

The Micro-USB port, speaker grille, microphone and 3.5mm audio socket are located at the bottom. There is a secondary microphone on the top. Unlike most phones, the microphones don't seem to have a protective mesh. This could lead to a drop in audio quality in the long run as dust accumulates. The Flash X Plus has a metal body as is now expected at this price point. The primary camera along with a dual LED flash sit above a Zopo logo etched onto the back. The rear curved at the edges, which makes the phone comfortable to hold. Most of it is metal, but the top and bottom ends are made of plastic. 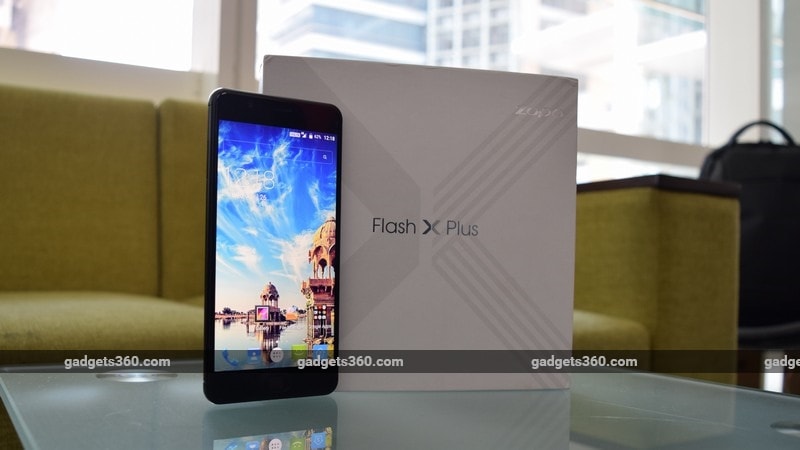 Zopo has chosen the MediaTek 6753 SoC to power the Flash X Plus. This octa-core processor is clocked at 1.3GHz but is quite dated. It was seen powering the Coolpad Note 3 (Review) and the Lenovo Vibe K4 Note (Review) last year. Most smartphones in this price range benefit from newer SoCs.

The phone also has 3GB of RAM and 32GB of storage onboard, out of which only 25GB is available. The storage is expandable by up to 128GB. The hybrid dual-SIM tray has slots for two Nano SIMs, but the second one can be swapped for a microSD card. The tray needs a longer ejector tool than most phones do, so you'll want to keep the one that comes in the box safe.

The 5.5-inch full-HD display on the Flash X Plus is bright and has good viewing angles. Colour reproduction is good, and can be tweaked further to suit your taste. The fingerprint sensor is quite fast. It registers fingerprints nine times out of ten and also doubles up as the Home button. This is a solid-state button which cannot be pressed, like the one on the Moto G4 Plus (Review), but we found that the one on our review unit was wobbly when pressed.

If you are an Android purist, you'll like the fact that the Flash X Plus runs stock Android Marshmallow. Zopo has only added a few support apps and free trials of a few games. The phone also allows gestures like a double-tap to wake the screen, or drawing alphabets to launch specific apps. You can perform actions like scrolling through the gallery by waving your hand over the phone. This uses the proximity sensor, and the results weren't consistent. The language selection did not offer English (India) as an option and we had to stick to English (US). On the upside, Google Assistant is supported, and it worked as expected. 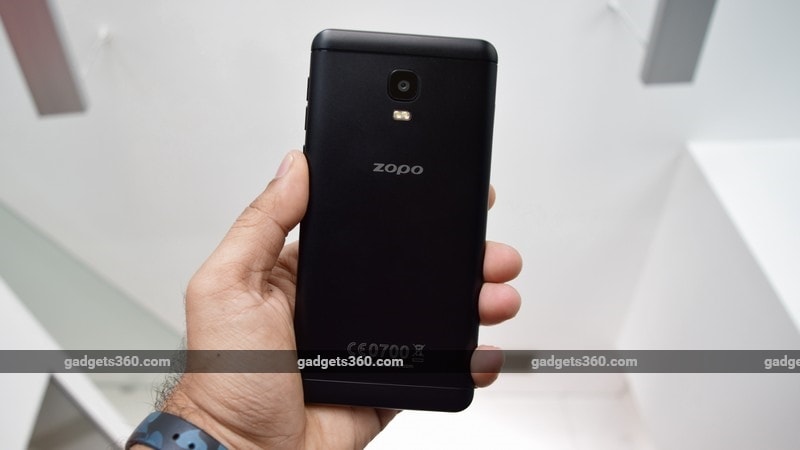 In line with this phone's stock approach, the camera app on the Zopo Flash X is almost bare basic. Panorama and HDR are the only modes to choose from for still images. Zopo has added a gesture shot control which lets you trigger the shutter by making a sign, so you have more flexibility in positioning the phone. You can also apply different filters before clicking an image and the camera settings do let you tweak the contrast, brightness and saturation to alter results, but that's all the control you get.

We found that photos taken in daylight had muted colors and the camera did struggle with metering in bright conditions. The output is acceptable, and you can improve it by enabling the HDR mode. In terms of video recording, the camera maxes out at full-HD resolution. There is an option for EIS (Electronic Image Stabilization) hidden inside the menu that does help a little to get steady footage.

The 8-megapixel selfie camera doesn't have a flash of its own. Zopo claims that the phone can do wide selfies thanks to a 90-degree wide angle lens on the front. It does make a difference, and selfies come out well in good lighting conditions. In low light, the screen can light up to compensate for the lack of a selfie flash. The front camera can also record video but it is limited to 480p. 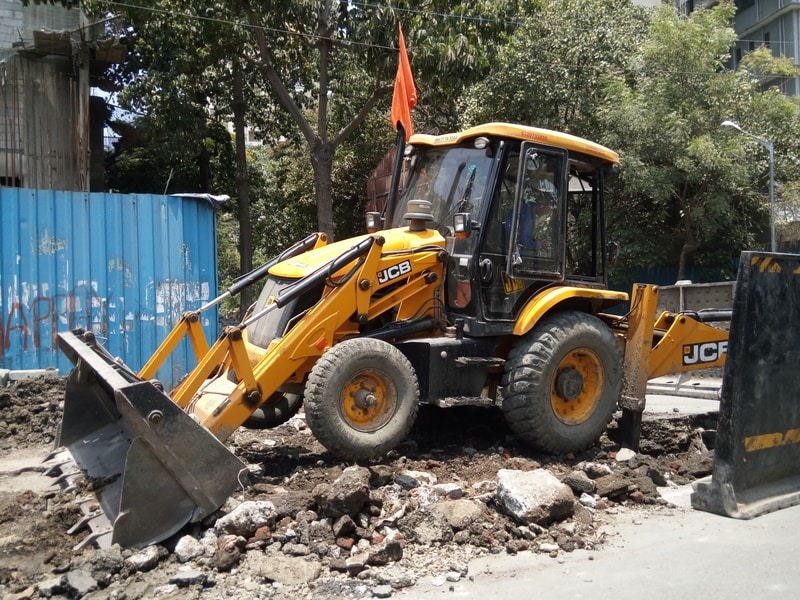 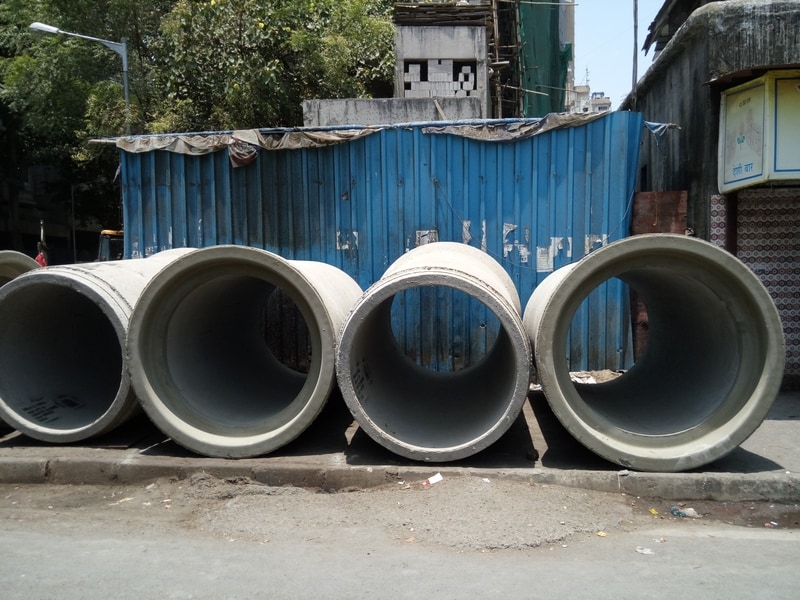 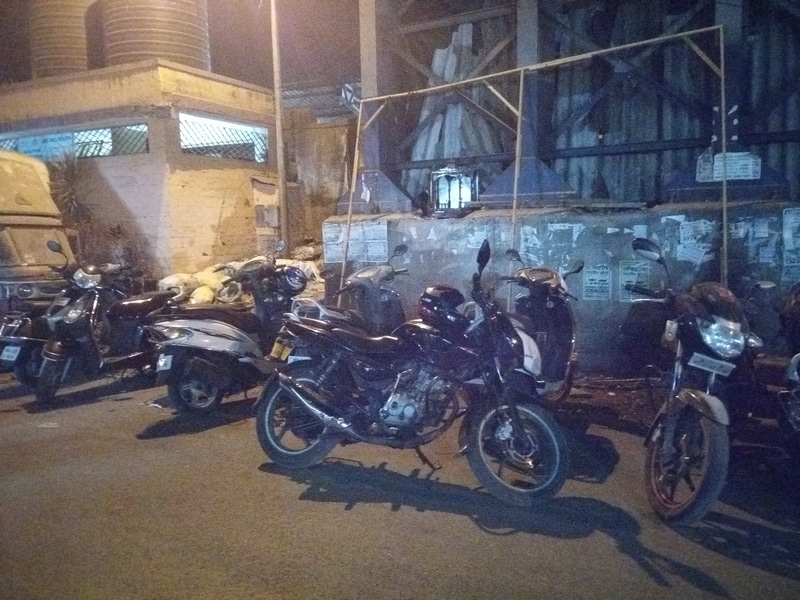 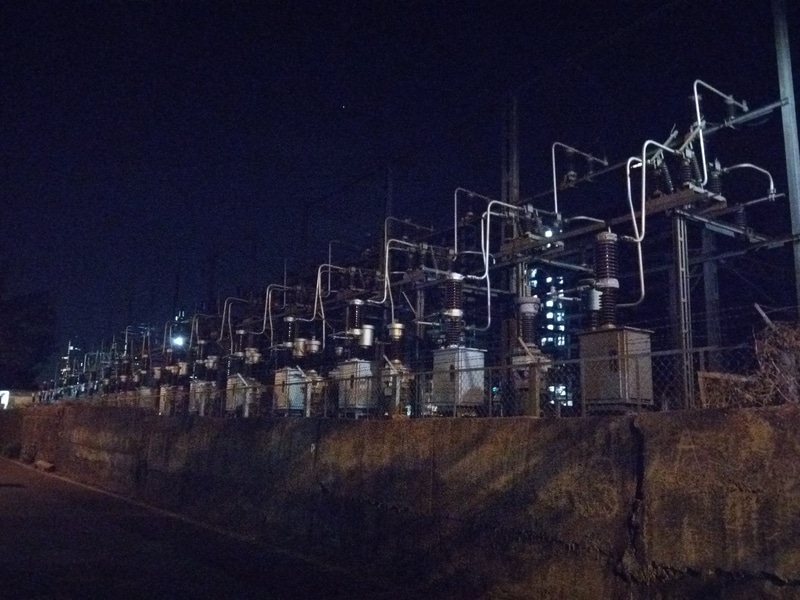 Stock Android gives the Flash X Plus an advantage over its competitors that run bloated software. This, and the fact that there's lots of RAM, seems to make up for the outdated processor, because lag isn't really a problem and multitasking is quite smooth. Phones powered by the MediaTek MT6753 have been reported to run a bit too hot, and this phone has the same problem. It heats up while gaming and when using heavy apps. We also observed unusually large drops in the battery level when the device was warm.

The 3100mAh battery capacity looks good on paper but does not translate into good battery life. The phone hardly lasts through one working day, and needs to be plugged in by evening to keep it going. In our HD video loop test, it managed only 7 hours and 9 minutes, which is lower that most phones we have tested over the past few years.

In terms of benchmarks, the phone managed to score 37,398 in Antutu, 4,315 in 3D Mark Ice Storm Extreme, and 12fps in GFXbench. The scores are lower than those of the Moto G5 which is significantly cheaper. The Zopo Flash X Plus is unfortunately not a good fit for the upper end of the budget segment. The stock Android experience and the fast fingerprint sensor are two positive things, but it feels as though this phone should have been launched a year ago. The heating issue can get annoying and battery life is mediocre.

There is no doubt that competitors offer much better hardware for the price. You can go for the Xiaomi Redmi Note 4 (Review), which has more powerful hardware, or the Lenovo P2 (Review) which aced our battery test. If the stock Android experience that appeals to you, you can save some money and get the Moto G5 (Review) or spend a little more on the Moto G5 Plus (Review).