Share on Facebook Tweet Snapchat Share Reddit Email Comment
Indian handset brand, Xolo, recently launched its new smartphone or rather phablet, the Xolo Q2000, which features the company's biggest screen on a smartphone, yet. The phone boasts of decent hardware specifications and promises to offer all the features of a modern phablet at an economy price point. Is it good enough to take on the likes of Samsung's phablets? We try to find out in our review.

Build/ Design
When you first look at the Xolo Q2000, you realise it's a big black slab with a utilitarian design, not evoking any emotions. The phone's front features its massive 5.5-inch IPS display, the three capacitive touch buttons for navigating around the phone's interface placed below it, and the sensor array and the front-camera lens, placed above it. Enclosed in a plastic frame, the bottom edges out, creating a small chin-like extension.

The Q2000 is rectangular with corners that are not rounded, giving it a sharp look. 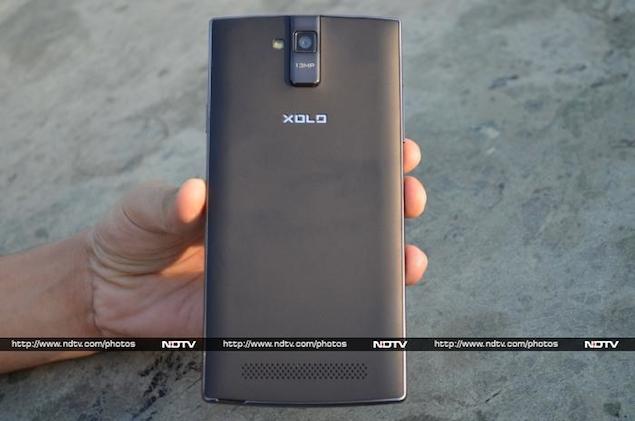 The left edge of the Xolo Q2000 features the Power/ Screen lock key, while the left edge houses the volume rocker. Both the keys are made of plastic and offer decent tactile feedback. The top edge sports the Micro-USB port and the 3.5mm headset jack. The edges feature a sturdy frame which appears to be made from polycarbonate, bearing a glossy finish.

The back of the Xolo Q2000 features a thin plastic cover that hides the battery compartment holding a 2600mAh battery, apart from the SIM card and microSD card slots.  The cover sports a matte finish, and felt very flimsy in contrast to the otherwise sturdy-build of the phone. A rectangular strip, made from the same material that we've seen on the edges protrudes out, right at the top, featuring the rear camera lens. 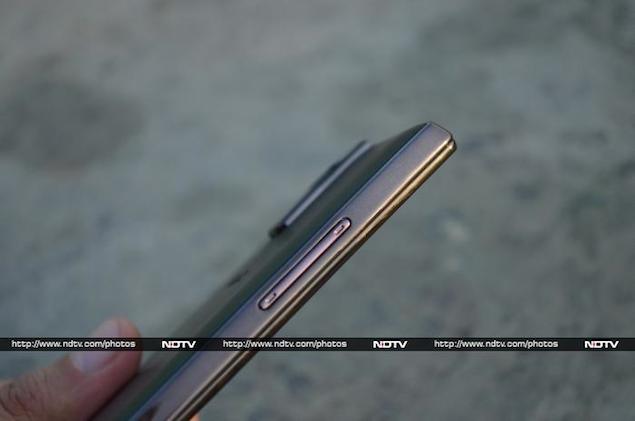 Overall, barring the back cover, the Xolo Q2000 looks and feels solid, though it's not really optimised for one-handed usage.

The viewing angles of the Xolo Q2000's display looked good, and the brightness of the phone was optimum. Outdoor visibility was above average though the screen was a bit reflective. While the display sports a decent resolution, at times it looked pixelated, probably due to the bigger screen size resulting in less number of pixels per inch. 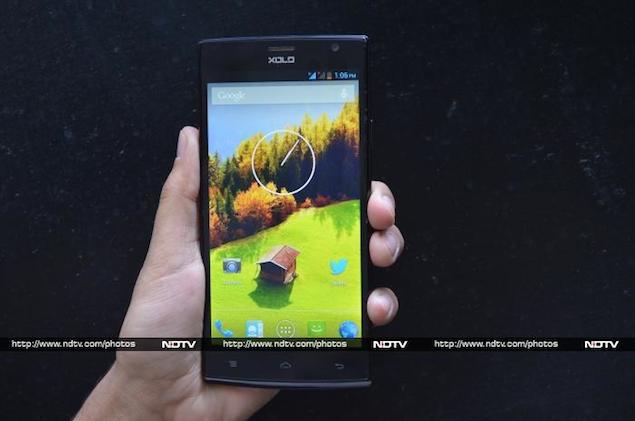 One issue that we encountered with the phone was its inconsistent touch sensitivity. A number of times, the onscreen keyboard failed to register key-strokes. This issue makes using the phone frustrating. We're not sure if it was limited to our review unit.

Camera
The Xolo Q2000 features an 13-megapixel autofocus shooter that takes great images in daylight. Even in low-light conditions, apart from some noise, we felt that the rear shooter does a nice job of capturing stills.

We were also satisfied with the quality of pictures taken by the Xolo Q2000 indoors, though we did find them to be a little grainy occasionally. 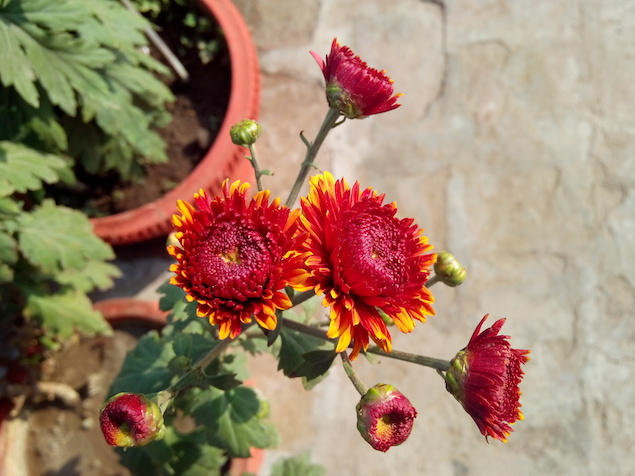 Xolo Q2000 can record full-HD videos and we found that the quality of videos captured through the back camera was good. It also offers EIS or Electronic Image Stabilisation to minimise distortions caused by shaking of hands while shooting a video. Unfortunately, the camera saves videos in the archaic .3GP file format.

The 2-megapixel front facing camera on the Xolo Q2000 also takes decent quality shots with good lighting conditions and is great for video calls. Overall, the phone is pretty good for casual photography.

The Xolo Q2000 comes with a customised Camera app, and allows you to capture photos in HDR, 'face beauty' mode, Panorama modes, 'auto-scene detection', and 'best shot' modes in addition to an EV bracket mode for taking multiple exposure photos. 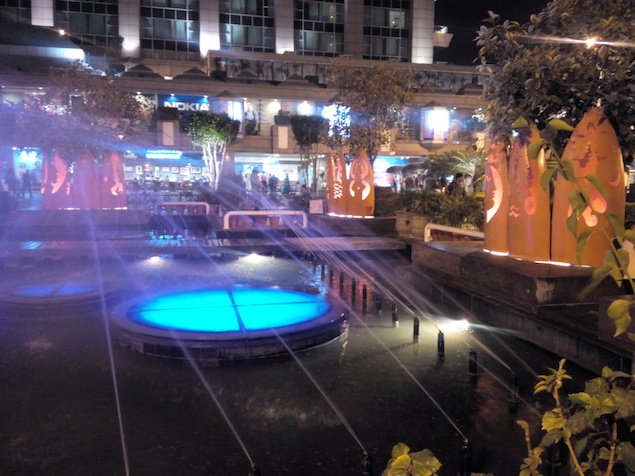 The Q2000's camera app also comes with the usual controls including settings for Exposure, Colour effect, White balance, Scene Modes and ISO, among others. The phone's camera also supports continuous shots taking up to 40 shots in that mode, smile detection and face detection. Some of the options in the camera app's interface are not self-descriptive which makes it a little unintuitive for new smartphone users.

Software/ User Interface
The Xolo Q2000 runs Android 4.2.1, and the company has not customised the user interface much, except for offering four preloaded themes, namely Mint, Mocha, Raspberry and the default theme that bring minor changes in the phone's colour scheme.

The notification tray on the Xolo Q2000 features a settings shortcut and a clear-all notifications button, along with expandable notifications (expanded with the two-finger pull gesture). It features the same setting toggles shortcut that's found in stock Android and adds some of its own as well, for quick access to airplane mode, battery status, Wi-Fi, Bluetooth, GPS, data connection, data usage, audio profiles, brightness, screen-backlight timeout and auto rotation. 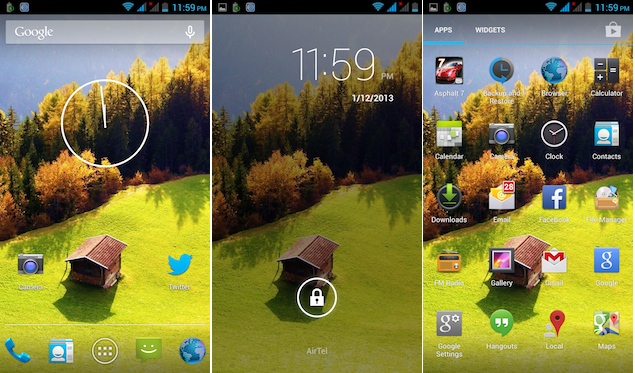 Similar to most other Android devices, there are five customisable home screens on the Xolo Q2000's UI that can be filled with app shortcuts and widgets. The three capacitive buttons, Menu, Home and Back, help in navigating through the phone, with the Home button also doubling up as an app switcher on long press. One major gripe with these buttons is that they don't light-up in the dark even when the screen is on until you press one of them.

You also get lock-screen widgets  on the Xolo Q2000 - an Android 4.2 feature. You can choose from the Clock, Camera, Gmail, Google Now and Messaging widgets in addition to widgets offered by third-party apps installed on your phone. These widgets offer 'glance-able' information from the apps and allow users to perform certain app actions even when the phone is locked.

The phone also offers another Android 4.2 feature, Daydream, that displays photo albums or the clock while the phone's charging. The option to wirelessly mirror the phone's display with an HDMI-enabled device through a wireless display adapter is also present. 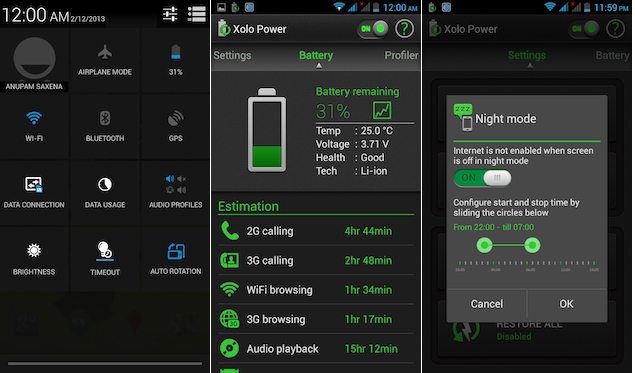 Xolo has also bundled some apps with the phone including NoteBook for creating colour coded notes and task lists; PlayApp - an app recommendation utility; a File manager; a video player app, and Xolo Power and Xolo Secure apps for power management and security.

Performance/ Battery Life
The Xolo Q2000 is powered by a 1.2GHz Mediatek MT6589 quad-core processor. It has 1GB RAM onboard, and PowerVR SGX 544MP chip for processing graphics. There is 8GB of internal storage, which is expandable up to 32GB via a microSD card.

With Android 4.2.1 Jelly Bean, the overall experience of navigation through the interface was impressive, thanks to the phone's quad-core processor. We did not experience any lag while launching apps, scrolling web pages or switching between apps. 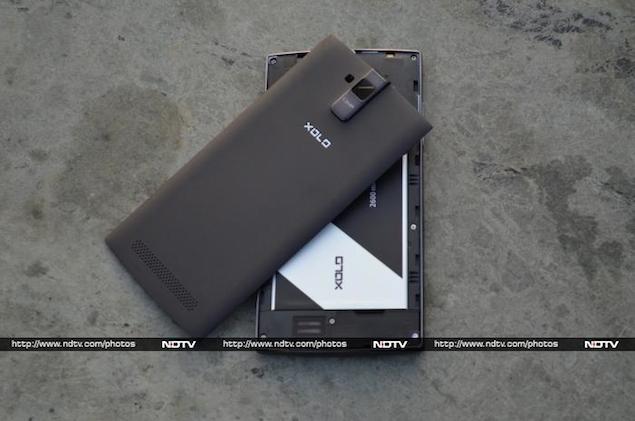 We were able to play games like Temple Run 2 and Subway Surfers, without encountering any lag. However, graphics intensive games like Asphalt 7 did not run smoothly on the Q2000, dropping frames.

We were able to play full-HD clips smoothly and the phone supported formats like .AVI and .MOV, natively. The speaker on the Xolo Q2000 delivers decent quality sound at high volume levels, but there's some muffle when the phone lies on its back, as the speaker grill is located on the back. The headphones that come with the phone offer average quality sound output. The phone also offers FM Radio.

Call quality of the Xolo Q2000 was good during our testing process, and phone was also able to get a GPS lock rather easily while using the Maps app.

The Xolo Q2000 comes with a 2600mAh battery, and based on our experience, it will last you a full day with medium to heavy usage, including 1-1.5 hours of phone calls, two e-mail accounts with push notifications, screen at maximum brightness, playing some music and video clips, Twitter notifications and WhatsApp chats.

It's also worth pointing out that we had turned off Wi-Fi and auto-brightness, and the phone was hooked to a 3G network. Altering these settings might help in running the phone for a longer duration, depending on your usage pattern.

Verdict
At a price of Rs. 14,999, the Xolo Q2000 is a good budget phablet that delivers decent performance, without burning a hole in your pocket. However, the display, which is one of the major factors for choosing a large screen device, could have been better in terms of resolution, and definitely in terms of overall touch sensitivity. 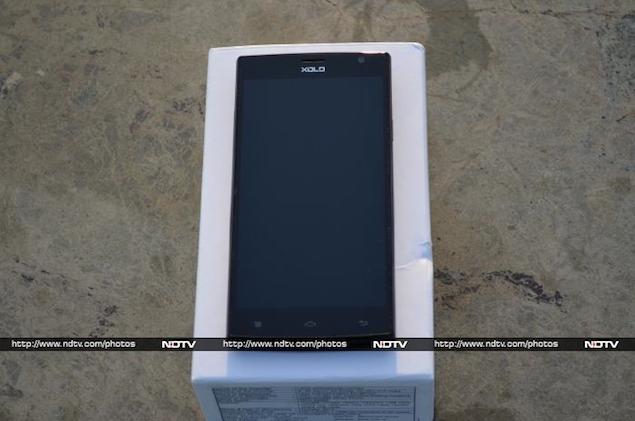 If you don't mind the non-expandable storage, and are ready to shell out more, you can also take a look at the Micromax Canvas Doodle 2. The Samsung Galaxy Mega 5.8 is also a similar device, though we weren't really satisfied with it in terms of hardware performance. If you can settle for a 5-inch screen, than the Zen Ultrafone 701 is our pick.

Overall, the Xolo Q2000 just falls short of being the perfect economy phablet.

product Is the Xolo Q2000 the best economy phablet available in the Indian market? We find out, in our review.