There's no real doubt that Indian smartphone brands are giving established international companies a run for their money, but the argument that they're only able to do so by selling cheap, poorly manufactured products might not be able to hold water for very much longer. Xolo is one of a small handful of companies that isn't in a race to the bottom, and its products of late have been quite respectable in terms of looks and build quality.

Xolo has made a number of intelligent choices with its latest model, the Q1100. Its design, features and specifications are all understated and well thought out. There are no outrageous features, such as a full-HD screen or octa-core processor, which seem to be trendy things to boast about right now. Instead, there's a well-balanced set of specifications - the kind of thing buyers should really care about. 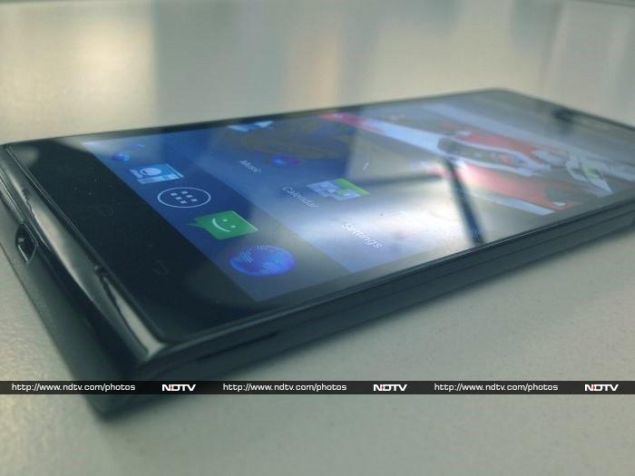 We're curious to see how the Xolo Q1100 holds up in our benchmark suite, and whether Xolo's subtle approach will pay off.

Look and feel
The Q1100 looks great, with a simple all-black body and unassuming profile. The plastic surrounding the front panel glass extends over the bottom edge like a curved lip, breaking up an otherwise ordinary rectangular shape.

The front face is almost completely dark. With the screen off, you can just about make out the outlines of the three capacitive Android buttons below the screen. Above it, there's a rather prominent Xolo logo (which we could have done without), and the clearly visible front camera. 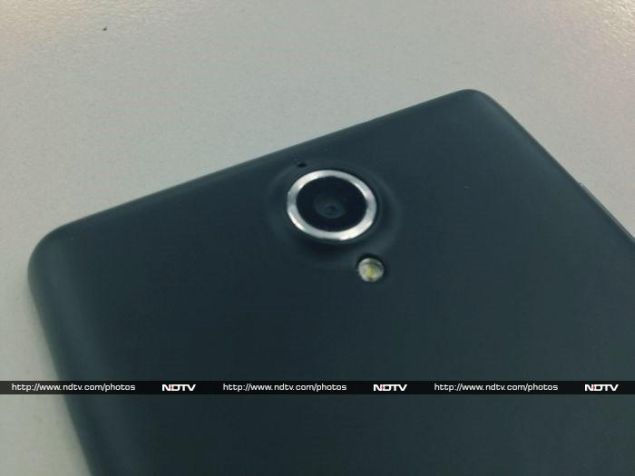 The rear shell is made of plastic with a soft-touch coating. We're not sure how long the coating will last, as these tend to either peel off or become oily over time, but it does look good out of the box. It's also very smooth; we would have preferred something a little easier to grip.

The shell extends around the top and sides of the Q1100. The power button on the right and volume rocker on the left are actually built into the shell, and come off with it. The rear is also quite bare, apart from a small speaker grille on the bottom, a silver embossed Xolo logo right in the middle, and the camera lens and flash near the top. The camera sticks out about a millimetre beyond the rest of the body, and is surrounded by a bright silver ring.

There's small notch on the bottom of the right edge which you can use to pry the shell off, with a fingernail. A series of tiny plastic tabs around the edges hold it in place. This is the only complaint we have about the build quality of the Q1100, because it doesn't always line up perfectly, and the plastic tabs at the top stick out unless you pay close attention when snapping the shell on. The plastic is also a little creaky, and you we could hear it flex when picking up the phone or shifting our grip.

Apart from that, we're pretty impressed with the Q1100. It fits nicely in one hand, despite having a 5-inch screen. The proportions and weight also feel just about right. A lot of people who automatically dismiss Indian brands or think they would never be seen dead with a "cheap" phone should give this model a second look. 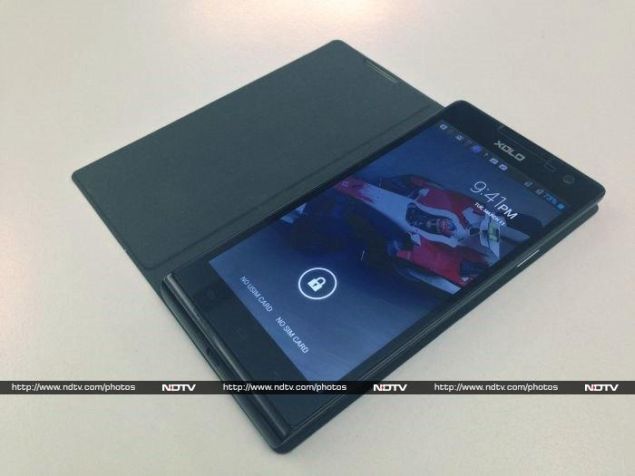 Features and specifications
The most interesting thing about the Q1100 is that it is based on a Qualcomm Snapdragon 400 system-on-a-chip (SoC), as opposed to the lower-performance chips from MediaTek and other smaller companies that are prevalent not only at this price point, but also at higher prices. Unfortunately, the perception that more cores are better has become quite firmly entrenched in the market, and so with quad-core processors becoming somewhat common, manufacturers are only too happy to produce octa-core models.

The simple fact is that not all cores are built the same, and so it doesn't really matter how many of them you have if they aren't doing all that much work. The octa-core models we've reviewed so far have excelled in certain CPU-bound tests, but their real-world performance has not been noticeably better than that of high-end quad-core models. 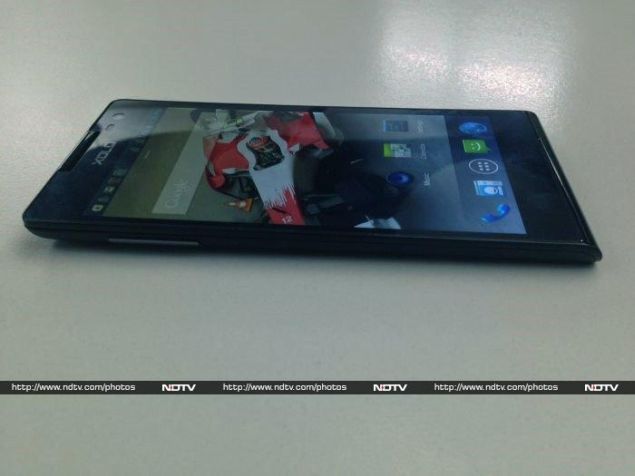 Additionally, many phone makers seem happy to focus only on core count while ignoring other facets of a processor, such as its graphics capabilities. On the whole, MediaTek's chips have not been able to match Qualcomm's in gaming and graphics-heavy tests.

Thus, the Qualcomm Snapdragon 400 is a sensible choice, rather than one that will produce breathless headlines. This SoC was designed specifically for mid-budget smartphones, and its four Krait processor cores run at 1.4GHz, along with a 450MHz Adreno 305 GPU.

The processor is supported by 1GB of RAM, 8GB of built-in storage, and a 2,000mAh lithium-ion battery. The screen resolution is 720x1280; not quite full-HD, but decent enough by most standards, especially for a budget phone. You also get AGPS, Wi-Fi b/g/n and Bluetooth 3.0. 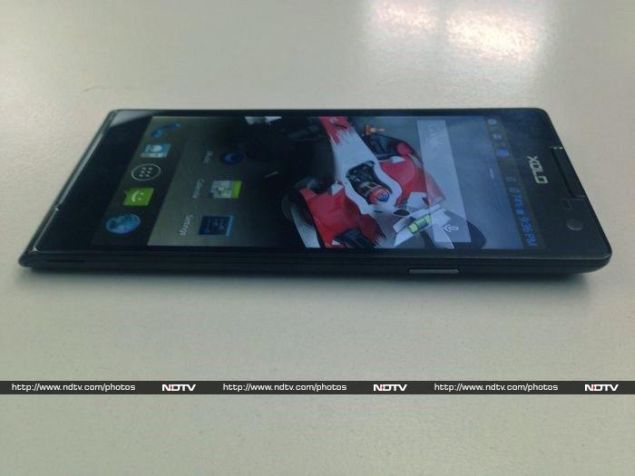 Interestingly, the Q1100 comes with Android 4.3, rather than 4.2, which seems to be the version most budget manufacturers are stuck on. Xolo doesn't do much customisation in terms of visual appearance, but it does bundle a few apps, including its own Xolo Power and Xolo Secure, which you can read about in detail in our review of the Q3000.

There are also two very interesting apps for Indian users. Reverie Phonebook can display your contacts transliterated into Hindi, Gujarati, Punjabi, Tamil, Telegu, Kannada or Malayalam. The interface is a bit unpolished, and spellings aren't perfect, but this is exactly the sort of thing that could really come in handy for users who aren't comfortable with English interfaces.

The other app is called TransPic, and its purpose is to translate or transliterate Hindi text into English script. The instructions within the app aren't very clear, and we couldn't detect any difference between online and offline mode. We also found that we needed to get pretty close to text on a page, which meant we couldn't always fit a full line or paragraph into each frame. Recognition accuracy was pretty impressive and there's even a button that will read out recognised text, which is just another example of how this app could prove to be very useful to non-English speakers. 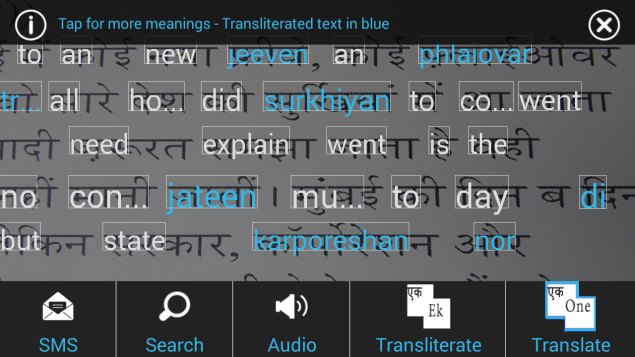 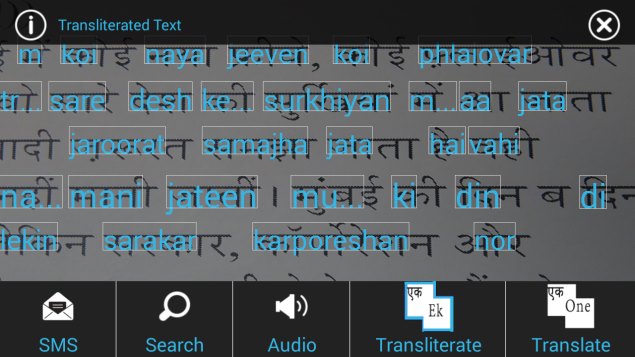 Camera
Whereas most of the phone interface is pretty polished, the camera app has a very odd series of menus with far too many seemingly random options. There's only a single control button in the camera interface, which brings up a menu with icons for HDR mode, the timer, and swapping between the front and rear camera, as well as three submenus with identical icons. 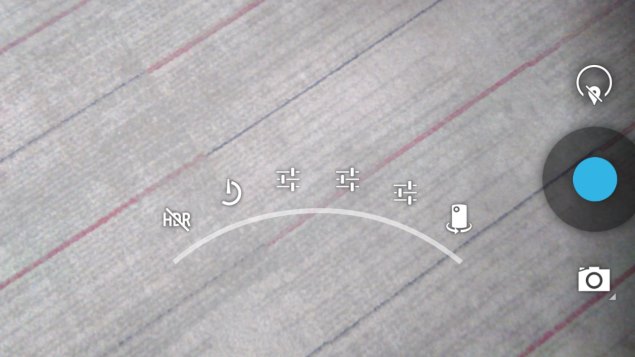 It's a bit odd that the flash and scene controls aren't accessible more easily. Between Xolo and Google, this camera app is in serious need of an overhaul.

Photos taken with the Q1100 outdoors in broad daylight were surprisingly good, with sharp focus and low noise. There's a bit of a red colour cast, but nothing too serious. Unfortunately, when fully zoomed in, you'll be able to detect excessive compression, which gives people and objects a slightly artificial look.

Photos taken indoors were a bit noisier, but detail was still clearly discernible and focusing was accurate. In darker conditions, things were a lot worse. Still, we have to remind ourselves of this phone's cost, and measure our expectations accordingly. 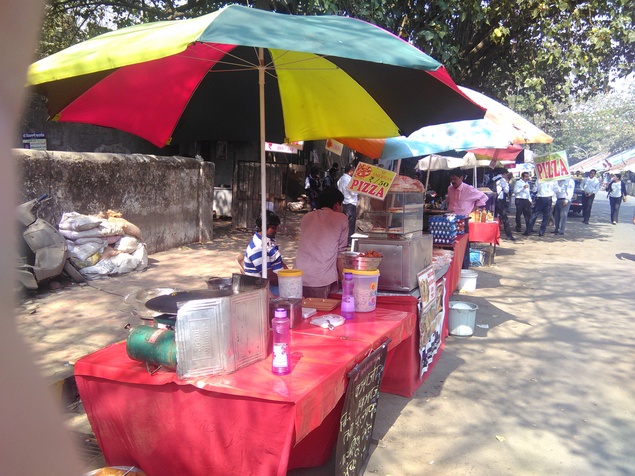 We found videos shot with this phone came out a bit too dark, and moving objects weren't clear enough for our liking. You shouldn't use this phone for anything more than casual clips now and then.

Performance
We were happy to see that Xolo's choice of a Qualcomm processor over a MediaTek one has paid off. Performance in our benchmarks was quite impressive, especially the graphics and gaming tests. We achieved scores of 18,953 in AnTuTu, and 9,397 overall in Quadrant. 3DMark's 720p Ice Storm scenario returned a score of 5644 points, while GFXBench managed to run at 10.6fps. This indicates a better balance of power between graphics and core processing than we are used to seeing.

Temple Run 2 and other casual titles ran without a hitch, so you should be able to run medium-intensity games at decent quality on the Xolo Q1100. When we tried watching 1080p HD videos, we noticed a bit of lag in heavily detailed scenes and when skipping around the timeline in some of our clips, which was a minor letdown. 720p clips played just fine, though. Audio volume was a bit underwhelming, but we had no complaints with regard to the clarity.

The Q1100's battery life was perhaps the biggest disappointment we faced. It lasted only 3 hours and 33 minutes in our video playback loop test, which does not bode well for performance in the real world. We wouldn't expect to get a full day of even moderate usage out of this device. 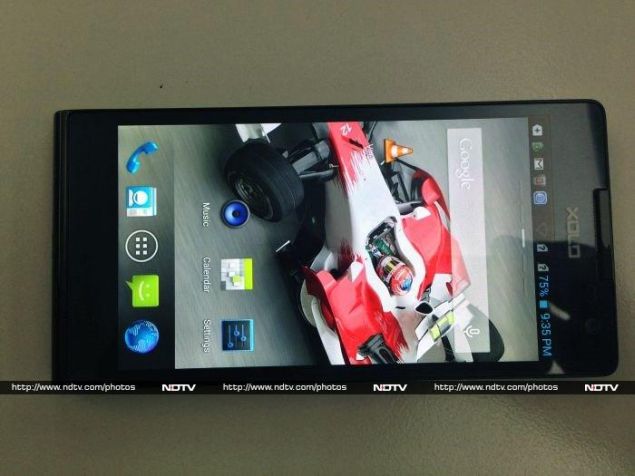 Verdict
Xolo has done a great job of upping the ante in terms of appeal. Even if you staunchly believe that you'll never buy a phone from an Indian brand (regardless of where it is actually manufactured), you'd be tempted to give the Q1100 a second look. In addition, it doesn't skimp where it really matters, which is the processor. Finally, there's the price to consider.

If there was no real competition at around the same price point, we'd be happy to recommend the Xolo Q1100, but unfortunately for it, this phone is up against the 16GB Motorola Moto G, which uses the same processor, and the Micromax Canvas Turbo Mini, which has far better battery life. The Moto G has been our favourite ever since we reviewed it, and frankly, the Xolo Q1100 hasn't managed to significantly outshine it at anything. Even the Turbo Mini, which lags in most benchmark scores, offers way better battery life. 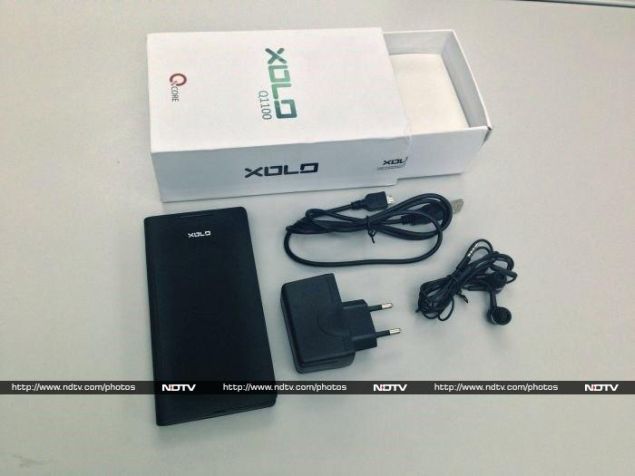 So even though we like the Q1100, we aren't a hundred percent enthusiastic about recommending it to potential buyers. The build quality issues are minor, and we can live with a little creaking now and then. What truly concerns us is the battery life. It's no good to have a smart-looking phone with a capable processor if there's no juice to run anything on. No one wants to walk around all day with a charger or external battery, and so despite everything else that Xolo has achieved, the poor battery life is this phone's Achilles heel. 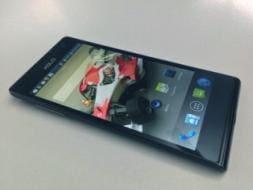