Redmi 6A, Redmi 6 price in India are introductory and may be revised if rupee depreciates against dollar

Chinese phonemaker Xiaomi on Wednesday refreshed its budget smartphone segment with the new Redmi 6, Redmi 6A, and Redmi 6 Pro smartphones. The successors to last year's Redmi 5 series, these three new models and their variants offer unique value propositions at lots of different price points. The Redmi 6A has been priced in India starting at Rs. 5,999, the Redmi 6 has a base price of Rs. 7,999, and the Redmi 6 Pro starts at Rs. 10,999. With these price tags, the new Redmi 6 series takes on the likes of Lenovo and Samsung, as well as numerous offerings from Xiaomi's previous portfolio. Can the company create interesting spaces in the market for each of these models? We spent some time with all three new Xiaomi smartphones at the launch event, and here our are first impressions.

Out of the three, the Redmi 6 Pro's display expectedly stood out, with its brightness and sharp picture. The ones on the Redmi 6 and Redmi 6A were also good for the price segments that they are placed in. All three models use 2.5D curved glass that meets their frames smoothly.

Starting off with the Redmi 6A, the phone's front is devoid of physical or capacitive buttons. Instead, even this entry-level model has onscreen keys, thanks to the 18:9 form factor. The Redmi 5A has a single 13-megapixel camera on the back, with support for PDAF and an f/2.2 aperture. The right of the handset sports the lock/ power button and volume controls. On the left, it has a slot for two Nano-SIMs and another slot for a microSD card. On the bottom, there is a Micro-USB port, and on the top are a 3.5mm headphone jack and an IR blaster.

The Redmi 6 is identical in appearance to the Redmi 6A, except for the horizontal dual-camera setup on the back.

The Redmi 6 Pro looks like a rebranded Mi A2 Lite, which is sold in other countries. It has a single tray on the left for two Nano-SIMs and a microSD card. Apart from that, the loudspeaker is placed on the bottom of the phone, and the top gets an IR blaster and the 3.5mm audio socket. In hand, it feels and looks like a compact version of the Redmi Note 5 Pro. It borrows bits and pieces from other Xiaomi mid-range smartphones: the rear camera setup resembles the one on the Redmi Note 5 Pro, the internals are similar the Redmi Note 5, and the concept of the display notch comes from the flagship Mi 8, although this one is substantially narrower. 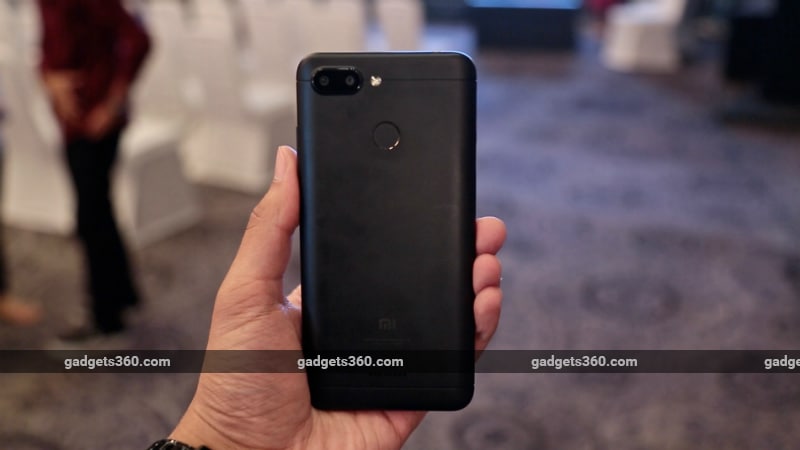 All three new offerings in the Redmi 6 series sport a brushed metal finish on the back, making them a bit slippery. However, Xiaomi bundles a TPU case with the Redmi 6 Pro, which will help with grip.

At its core, the Redmi 6A and Redmi 6 use MediaTek's Helio A22 and Helio P22 SoCs, respectively. This is the first instance since the company's patent infringement dispute with Ericsson, that we're seeing new Redmi smartphones in India powered by MediaTek's mobile processors.

Xiaomi boasts that the Redmi 6A is the most affordable smartphone in the country with a 12nm FinFET quad-core SoC, while the Redmi 6 is the most affordable option with a similar octa-core processor. What that means in terms of real-world performance remains to be seen, but we'll be testing that in our full reviews. Both variants of the Redmi 6A have 2GB of RAM, and similarly for the Redmi 6, both variants will have 3GB. Performance was smooth in the brief time we got to spend with the units at launch.

The Redmi 6 Pro uses the Qualcomm Snapdragon 625, which Xiaomi has chosen for many of its affordable smartphone models for the past couple of years. Performance is expected to be on par with that of the more expensive Redmi Note 5, but do wait for our extensive review, coming up soon, for full details.

All three phones in the new Redmi 6 series — the Redmi 6A, Redmi 6, and Redmi 6 Pro — run MIUI 9 on top of Android 8.1 Oreo. Much like other MIUI-based smartphones from the Chinese manufacturer, there are a tonne of UI customisations, additional features, and preinstalled apps. All three models feature the usual suspects: a Security app that helps users clean up RAM and internal storage, fix security flaws, and boost system performance; a Blocklist feature; App Lock to protect the contents of specific apps; Second Space for a private user profile; and Dual Apps to use multiple accounts in some apps on the same device. 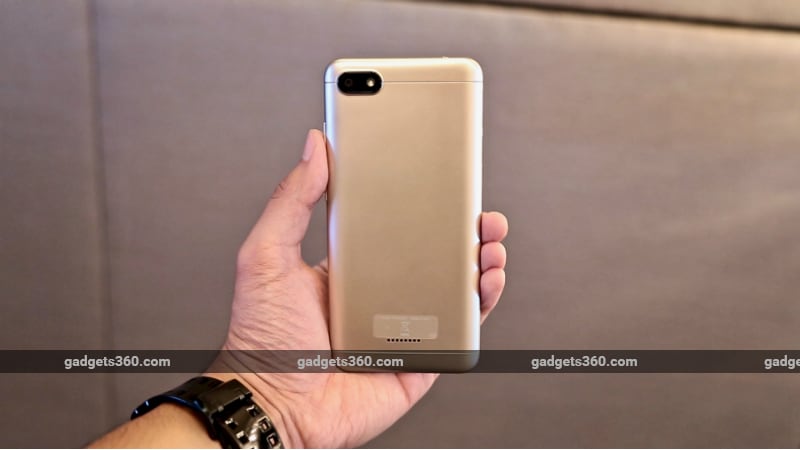 All three new Redmi models feature what is marketed as "AI Face Unlock", which worked decently well on all of them in our brief experience. The accuracy and unlocking speed seemed fine even in poor light. However, you will have to wait till our full review to know about performance at night.

As for battery size, the Redmi 6A and Redmi 6 are powered by 3,000mAh battery units, while the Redmi 6 Pro gets a more sizeable 4,000mAh unit and a claimed two-day battery life. Add to that, all three phones feature a Sleep Mode that can be used when your battery level is critical. It cuts background apps and functions including NFC, GPS, Bluetooth, mobile data, and Wi-Fi access.

Stay tuned to Gadgets 360 for our extensive upcoming reviews of the Redmi 6A, Redmi 6, and Redmi 6 Pro, in which we will evaluate their design, displays, software, performance, battery life, cameras, and value for money.

product Xiaomi Redmi 6 price in India and specifications makes the three phones in the series an attractive option, but are they worth buying? Read our first impressions to find out.