Not too long after launching the Redmi 2, Xiaomi has released a mid-lifecycle refresh called the Redmi 2 Prime. The new release, which is more of a variant than a whole new model, brings a slight but significant bump to the spec sheet which will help the company fend off fresh competition. The Redmi 2 is sticking around at its recently reduced price of Rs. 5,999 which allows the new Redmi 2 Prime to step in at its predecessor's original launch price of Rs. 6,999.

Xiaomi, the poster child of the low-cost, high-spec smartphone era, has also now turned the "Chinese invasion" story on its head with this launch: the Redmi 2 Prime is apparently manufactured in India, at a plant operated by Foxconn in the Sricity special economic zone in Andhra Pradesh. It should be interesting to note the differences between older models and this one, if any.

The Redmi 2 Prime was initially thought to be a special edition release, and while it is following the company's online flash sale formula, it looks as though this model will coexist with its older sibling. That means there's more choice for consumers, which is always a good thing. Let's see if this new model is worth the extra money.

Look and feel
There is nothing different about the way the Redmi 2 Prime is built, compared to its predecessor the Xiaomi Redmi 2 (Review | Pictures). No matter how hard you look, you won't find any evidence that it isn't exactly the same as any Xiaomi phone that has come before. Which isn't really a surprise - companies have been splitting inventory between multiple factories in multiple countries for ages. What all of this means is that while "Made in India" is a fantastic promotional tag, it is totally transparent and therefore means pretty much nothing for the end user experience - and that's just the way it should be. 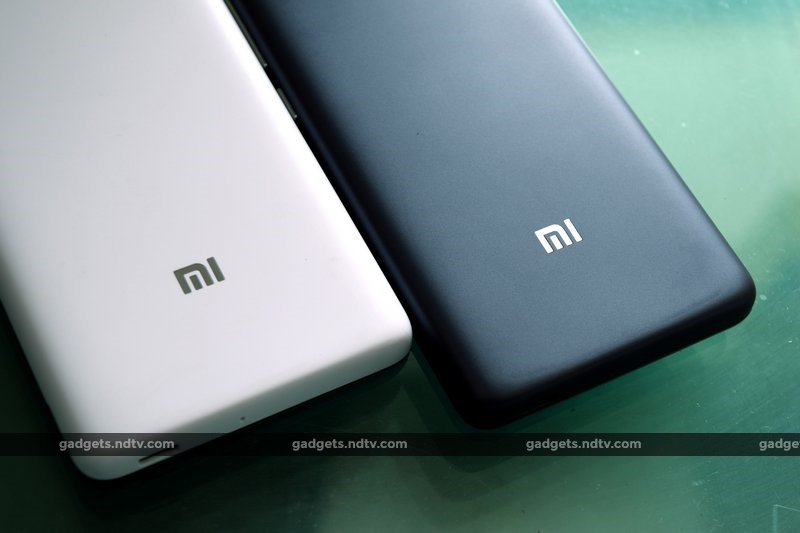 Xiaomi continues to use publicity shots of the Redmi 2 Prime with different coloured rear shells, but the phone is only available for purchase in white or grey. The front is plain black either way, with the capacitive button labels printed in red adding a little personality. The status LED is in an unusual location right on the bottom, beneath the Home button.

The power and volume buttons are on the right, the 3.5mm audio port is on top, and the Micro-USB charging and data port is on the bottom. The rear still has the pleasant matte texture we liked so much on the Redmi 2, which isn't slippery and doesn't look prone to picking up dirt or scratches. The only branding is a bright silver Mi logo which stood out quite boldly on our grey review unit. 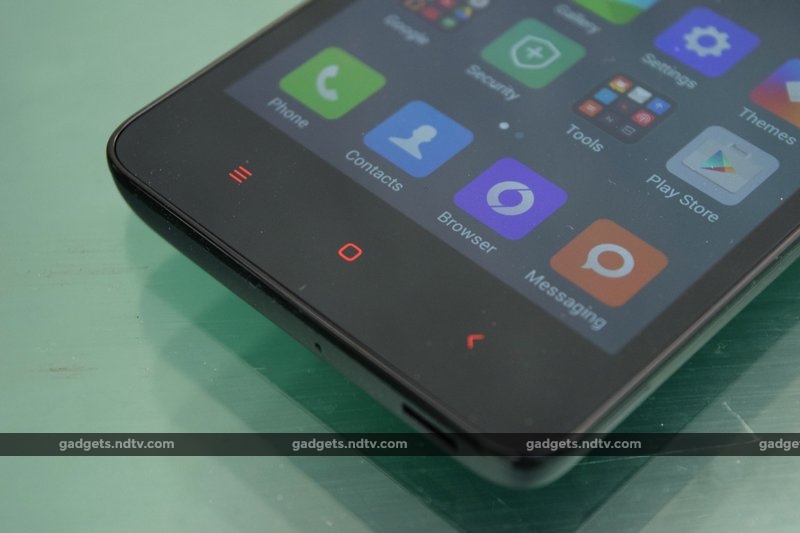 The camera lens bulges slightly from the upper middle of the rear, with the flash, loudspeaker and secondary microphone arranged around it. There are two Micro-SIM slots and a microSD card slot beneath the rear shell. You'll have to pop the battery out in order to swap SIMs.

The Redmi 2 Prime feels good in the hand; it's easy to use with one thumb thanks to the relatively narrow plastic borders on either side of the screen and the gently curved rear edges. However, it isn't the most comfortable phone to talk on thanks to a hard upper edge that digs in to your ear. 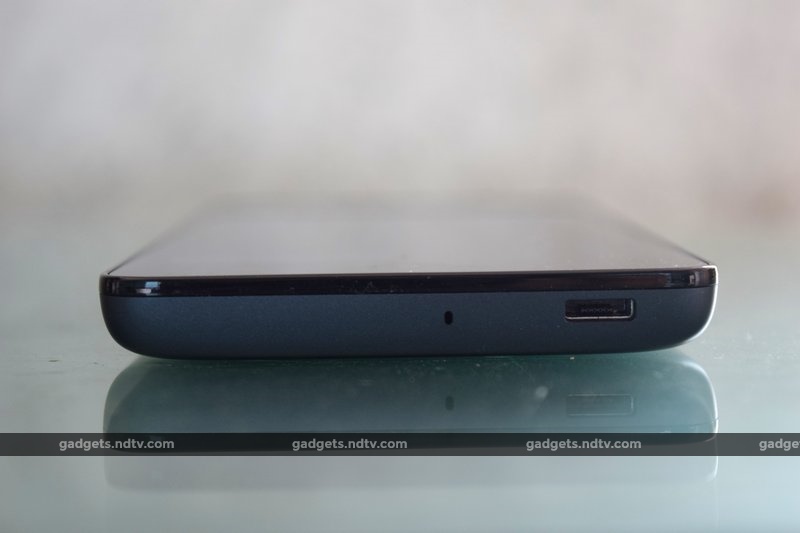 Specifications and software
As hinted at when the Redmi 2 launched, the Redmi 2 Prime is pretty much identical other than the increased amounts of RAM and storage space. The processor is still a 1.2GHz Qualcomm Snapdragon 410 with its integrated Adreno 306 GPU, but there's 2GB of RAM now instead of 1GB, and 16GB of storage space instead of 8GB.

Nothing else has changed: the screen is still a 4.7-inch 720x1280 fully laminated panel which is still impressive for the budget segment. There's an 8-megapixel camera on the rear capable of 1080p video recording, and a 2-megapixel one on the front. The battery is officially rated at 2200mAh although Xiaomi says it typically holds a little more juice than that: 2265mAh. 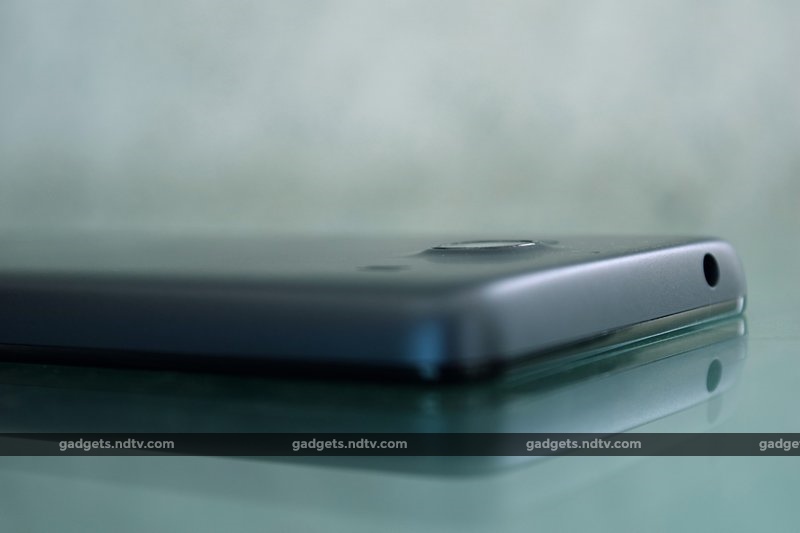 4G is supported on the Indian 2300MHz band on both SIMs, and there's also the usual Wi-Fi b/g/n, Bluetooth 4.0, GPS and FM radio. USB-OTG storage devices can be used to get files on or off the Redmi 2 Prime. You get a standard charger and USB cable in the box, but no headset or anything else.

Xiaomi ships the phone running its MIUI 6 skin on top of Android 4.4.4, which is a bit of a disappointment. MIUI is one of the most polished skins we've seen from Chinese vendors, but it follows the same template as all of them, which is to say there's no app drawer, quite a few of the default apps are replaced (or duplicated), and anything that can be restyled has been. 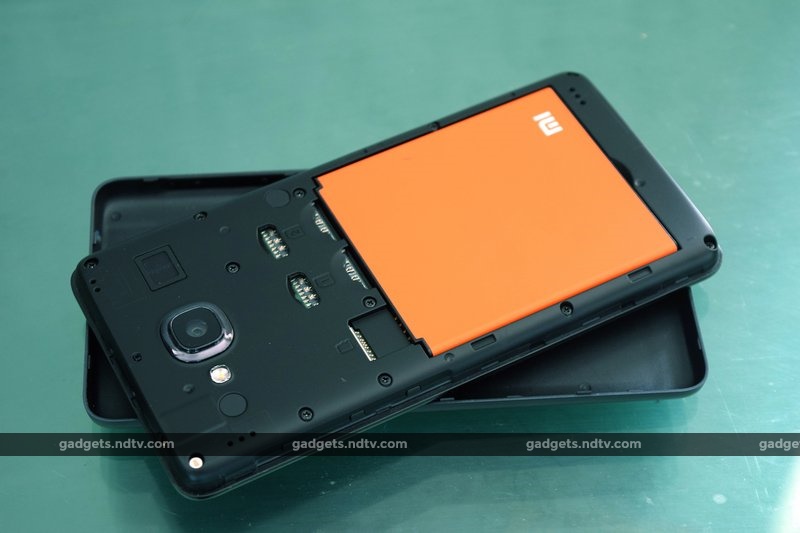 That isn't to say we don't like it at all - it might be simpler for first-time smartphone users to learn than stock Android is. One big annoyance is that there are no quick settings in the notifications shade; you have to swipe a second time to the side, and even then many of the useful ones are buried in a long scrolling list.

There's a Lite mode, which replaces the default UI with a much simpler one which has enormous tiles for basic functions - and not much else. The Themes app lets you browse through options by category or popularity rating. Fleksy and Swiftkey are both preloaded, as are Facebook, WPS Office, and the usual glut of Google apps. 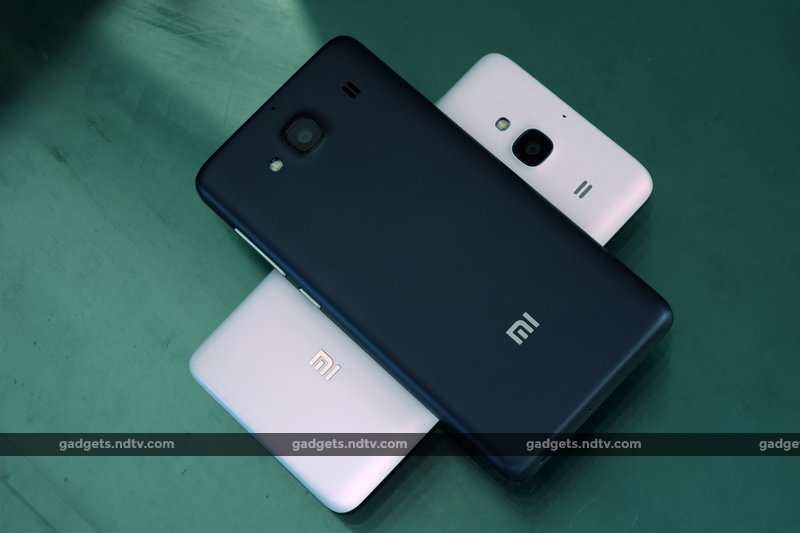 Performance
The Xiaomi Redmi 2 Prime is quite snappy and we had no complaints in day-to-day usage, other than the fact that some of the UI animations are sluggish and we felt like they were slowing us down. The red capacitive button labels are very visible in the daytime, but aren't backlit so we had to fumble around at night. We liked the quality of the display, and interestingly, colours are a lot cooler and more subdued than they are on the older Redmi 2, even with both set to the same tone and saturation.

Benchmark scores were expectedly on par with those of the Redmi 2. We noticed very minor but consistent differences in favour of the Redmi 2 Prime, though nothing significant enough to indicate that these two models are different in any major way. The effects of the extra RAM are more likely to be felt with real-world usage, though even when multitasking with both side by side, we didn't find all that much of a difference between the two models. 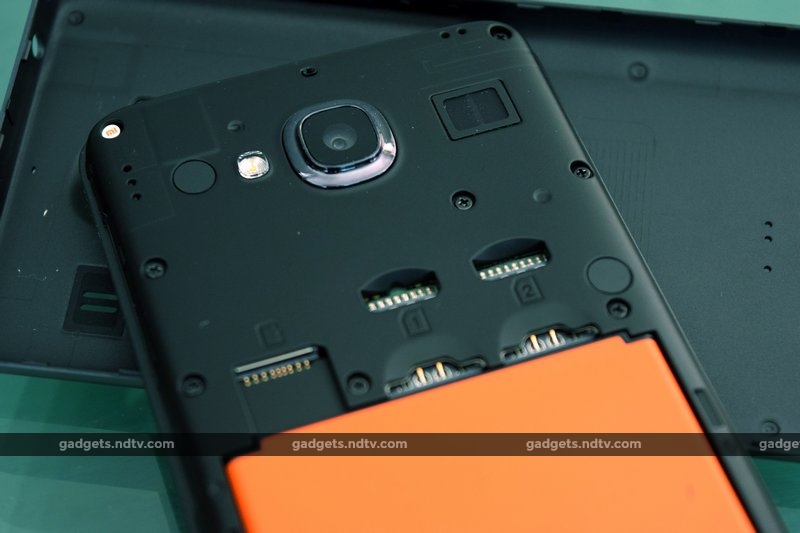 AnTuTu and Quadrant gave us scores of 20,811 and 10,908 respectively, both very slightly higher than the Redmi 2's scores, while the graphics tests GFXBench and 3DMark Ice Storm gave us virtually identical results of 9.6fps and 5,310 points respectively. Games and videos ran without any problems, and we noticed only very slight warmth on the rear after long periods of use.

The phone's speaker is loud but a bit shrill, and songs or movie clips with complex textures weren't reproduced very well. Call quality was fine and 4G worked well enough in spots with strong reception. The battery lasted 11 hours, 25 minutes in our video loop test which was actually a drop from the Redmi 2's score of 12 hours, 18 minutes. 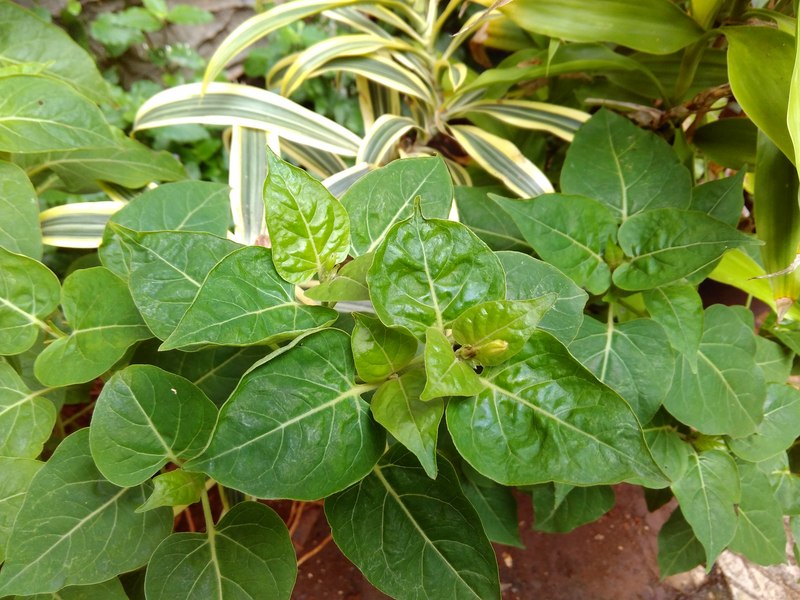 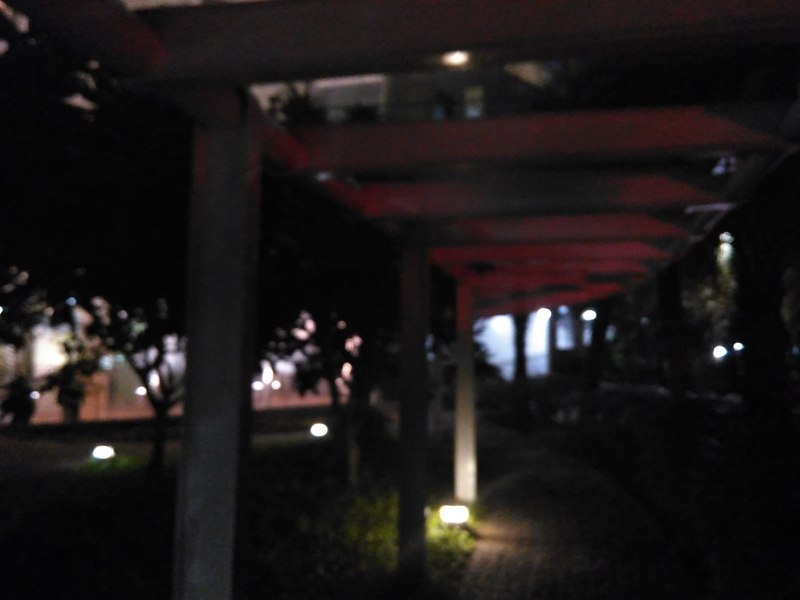 We liked the Redmi 2's camera a lot and we have to say the same about its sibling. Autofocus wasn't always quick or on point, but image quality was outstanding for a budget phone. Textures on both natural and artificial objects were reproduced well. The artificially warm colour cast we noticed with our Redmi 2 review unit was not a problem here. Photos taken at night weren't as good, with lots of noise and much poorer definition of subjects at a distance. 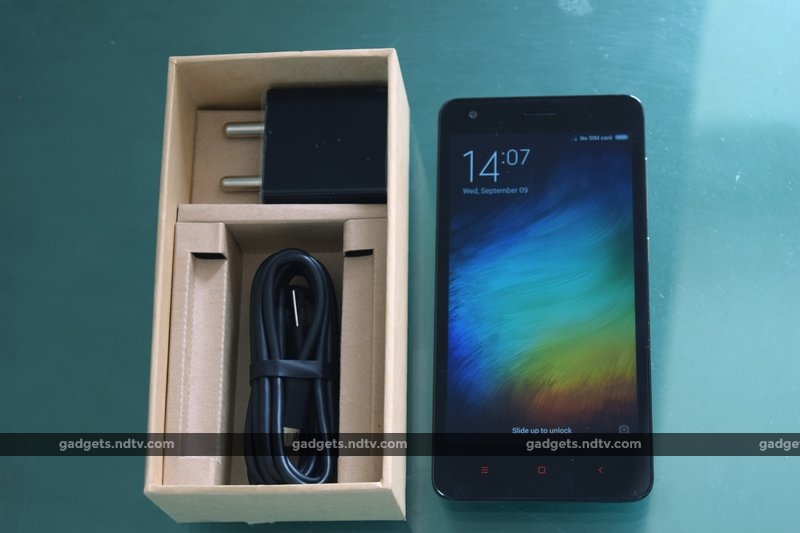 Verdict
The Xiaomi Redmi 2 Prime is one of the strongest contenders in its price band, offering 4G, an impressive camera, and solid performance. If you don't mind trading specs for brand value, the Motorola Moto E (Gen 2) (Review | Pictures) is still a great alternative. Micromax's Yu Yuphoria (Review | Pictures) is also comparable in most respects, including the fact that you'll have to deal with online flash sales for now.

With the older Xiaomi Redmi 2 model with less RAM and storage falling in price by Rs. 1,000, the new Redmi 2 Prime has taken its spot at Rs. 6,999. That gives Xiaomi two new ways to fight the competition, which is by no means standing still. If you think you can get by with the specs of the older model, you can save a bit of money and still get a very polished product. On the other hand, if the extra money isn't a deterrent, you'll find the Redmi 2 Prime more suitable for heavier multitasking even a few years down the line.