The company has promised that it will be able to offer more units of the Redmi 1S, which is good news considering the fact that the popular Mi 3 has received incredible response in each of the six flash sales held so far. Xiaomi will also offer a number of accessories such as flip cases, screen protectors, rear panels and covers on September 2, but these will remain available for purchase anytime.

The dual-SIM Xiaomi Redmi 1S was first announced for China in May, and the company stated in July that it would be coming to India priced at Rs. 6,999. It now seems that the company has managed to reduce this by Rs. 1,000 - Xiaomi has said this is not just an introductory offer and the price will not increase in future flash sales. 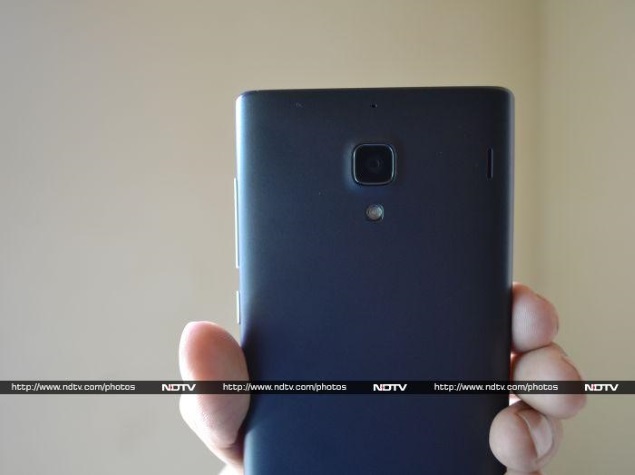 "The Redmi 1S is the first phone of the Redmi family made available in India. It offers the best quality and user experience and at a very affordable price point. The device offers a great 720p HD screen, an 8-megapixel camera that delivers superfine quality images, great battery life, and a range of software features as part of MIUI v5 that will make every Redmi 1S owner very happy," said Hugo Barra, Vice President, Xiaomi Global.

We at NDTV Gadgets got a chance to spend some time with the Xiaomi Redmi 1S smartphone, and these are our first impressions. 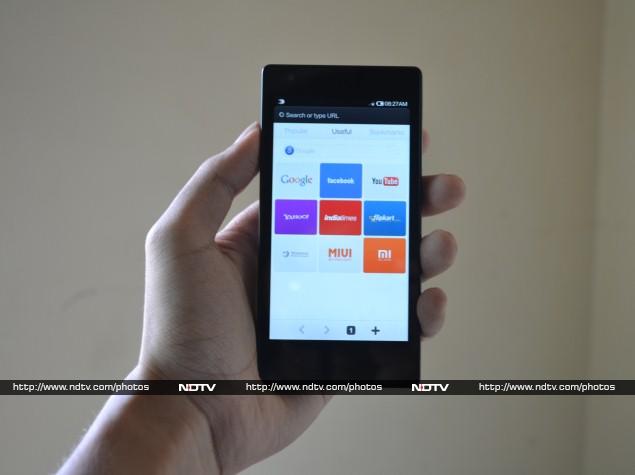 At first, the Xiaomi Redmi 1S feels premium and quite solid. Xiaomi is shipping the device in grey with a matte-finished rear panel, which is removable. The company will also be offering colourful replacement panels for the device, priced at Rs. 459 each. 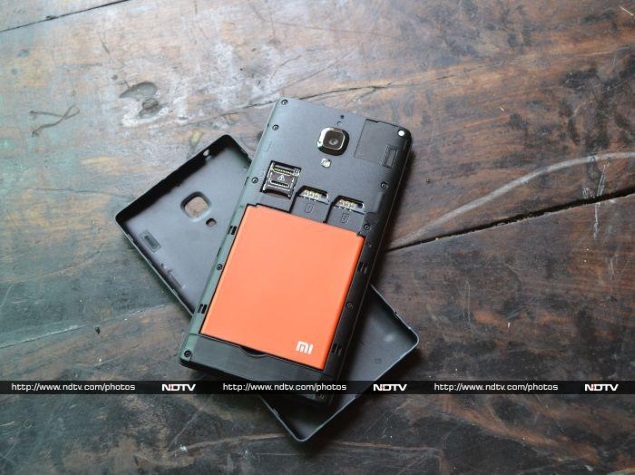 The Redmi 1S is a bit large, with thick bezels around the 4.7-inch IPS screen. The three capacitive touch buttons sit below the screen. Overall, the design feels quite old-school but build quality appears to be very decent for the price. 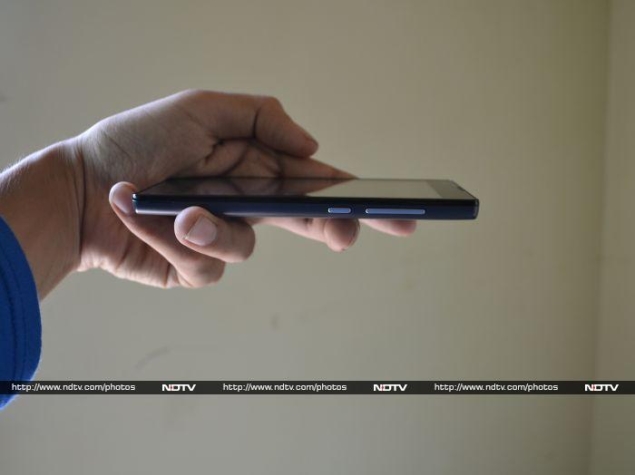 Xiaomi has made some tweaks to the Redmi 1S for India. The Corning Gorilla Glass 2 has been replaced with AGC Dragontrail glass, which the company believes will serve the purpose better. We tried scratching the display with a scissor, and it turned out to be strong enough to withstand that much damage. Of course, repeated abuse will result in damage, but the phone should be able to survive regular usage. 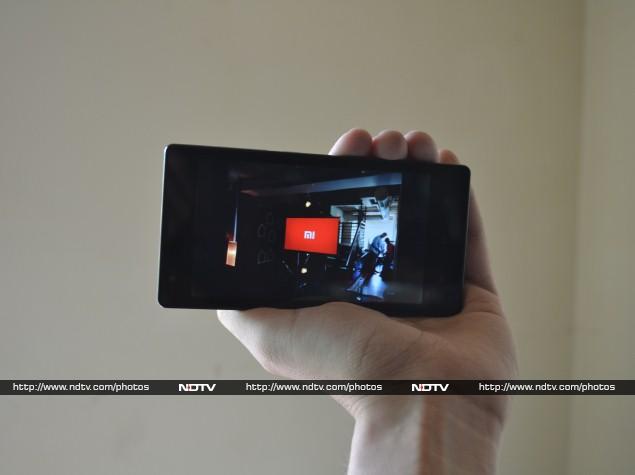 The Redmi 1S sport an 8-megapixel primary camera along with an LED flash, and a 1.6-megapixel secondary front-facing camera. In our limited time with the device, we took a few images indoors (see above) using the rear camera, and they looked pretty good for a device priced under Rs. 6,000. The camera is also capable of recording 1080p videos. We will test the camera in much more detail when we conduct our full review. Overall, our first impressions of the 8-megapixel camera are above average, and it seems as though we might have a new winner in the sub-Rs. 6,000 segment.

The Redmi 1S runs Android 4.3 Jelly Bean with the custom MIUI v5 skin on top of it. Xiaomi has said that the device will be upgraded to Android 4.4 KitKat with MIUI v6 closer to the end of this year. The company is also planning several India-centric themes which will be offered to customers later. Xiaomi is currently testing a PC tool with which which users will be able to make their own themes for MIUI. 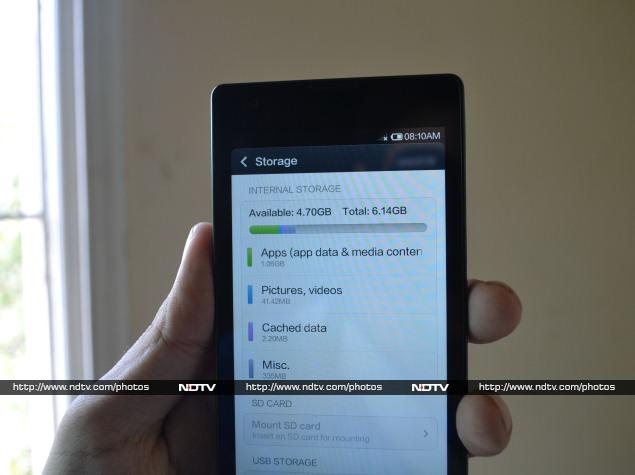 The Redmi 1S packs a quad-core 1.6GHz Qualcomm Snapdragon 400 processor coupled with 1GB of RAM. The 8GB of inbuilt storage (6.14GB user available) is expandable by up to 32GB using a microSD card. The power of this hardware appeared sufficient in our limited tests. Apps opened and closed swiftly, and the device didn't trouble us on the front. 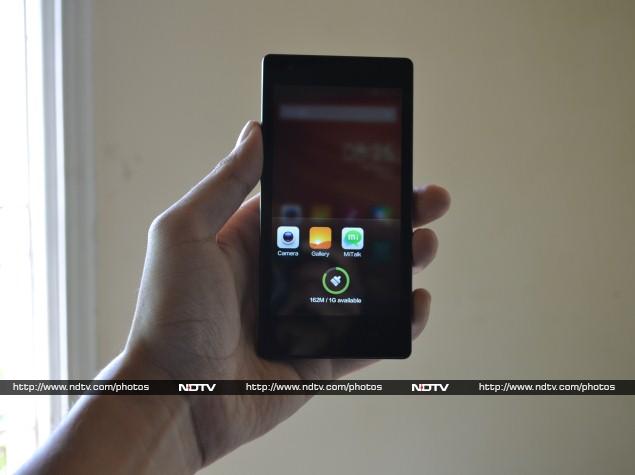 So overall, we have very positive impressions of the new Xiaomi Redmi 1S. The only drawback is its design. Stay tuned for more detailed observations and comprehensive test results when we do a review. 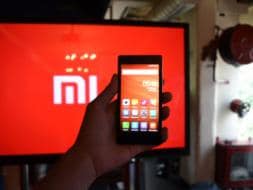 product With the detailed review of the Xiaomi Redmi 1S still in the works, here are our first impressions.