Xiaomi Mi A1 is the company's first Android One phone, and will get timely Android Oreo update

The Xiaomi Mi A1 has been launched as the new face of Google's Android One platform. This will be a crucial device for Xiaomi which has not brought any flagship model to India this year, and also for Google, with none of its previous Android One models delivering either. This new Android One smartphone is Xiaomi's second global smartphone launch in India, after it debuted the Mi 4i here first back in 2015. The Xiaomi Mi A1 could be part of an all-new series in the company's lineup, but we strongly believe that will depend on consumer feedback to the first Android One phone from Xiaomi.

Much like other Xiaomi products, the Mi A1 is expected to get a lot of attention in India, though it will be interesting to see consumers' reaction to stock Android replacing the company's MIUI which has been a popular user interface across several markets. For those unaware, Xiaomi started out as a software company, and MIUI was its first product. The company is now offering a new product with an all-new experience.

The Mi A1 launch also confirms that Google is still committed to its Android One program. Xiaomi's new Android One phone could be the first of many in the pipeline. Apart from its stock Android experience, the Mi A1 is also Xiaomi's first dual-camera device in India. It packs a decent set of innards and is being marketed as new flagship. We received a Xiaomi Mi A1 unit ahead of the launch, and here are our first impressions.

At first look, the Mi A1's finish and overall look instantly tell us that it belongs to the more premium Mi range and not the budget Redmi series from Xiaomi. The metal unibody and 2.5D curved-edge glass at the front make it look good. The rounded corners are comfortable in the palm.

The front is bare of any branding, which we think looks good. You'll see the Mi logo and the Android One tag towards the bottom of the rear. The Xiaomi Mi A1 will eventually be manufactured locally and will sport a "Made in India" tag, but initial units will be shipped in from different countries. The antenna lines are discreet and the design is different from what we have seen on the Xiaomi Redmi Note 4 (Review). In our opinion, the Xiaomi Mi A1 feels the best in hand out of the entire current Xiaomi product line.

While its software experience is definitely different, the Mi A1 does not have a whole new design language to go with it. It still feels a lot like previous Xiaomi products. In particular, it feels like a smaller version of the Mi Max 2 (Review).

Xiaomi Mi A1 specifications and software

The Mi A1 can be seen as an international or a rebranded version of the Xiaomi Mi 5X which was unveiled in China last month. Both phones have almost the same specifications. The Mi A1 features a 5.5-inch full-HD display with 2.5D glass. It is powered by an octa-core Qualcomm Snapdragon 625 processor coupled with 4GB of RAM. It also has 64GB of storage and supports expansion using a microSD card. The Mi A1 has a hybrid dual-SIM design, and support two Nano-SIMs if you aren't using a microSD card. There's a fingerprint scanner at the back. The smartphone also has a USB Type-C port and packs a 3080mAh non-removable battery. 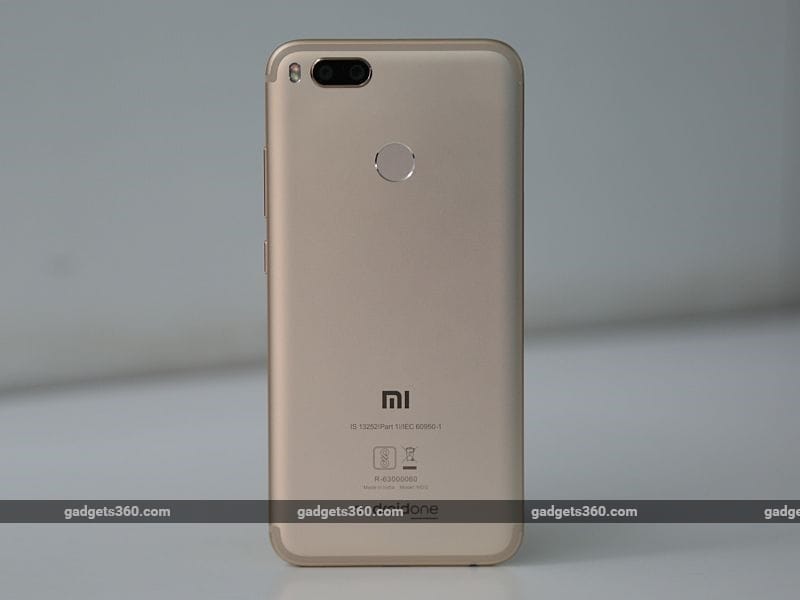 One of the most marketed features of the Mi A1 is its cameras. It sports two 12-megapixel sensors at the back, one with a wide-angle lens and f/2.2 aperture, and the other with a telephoto lens and f/2.6 aperture. This is similar to the setup of the flagship Xiaomi Mi 6. Thanks to the telephoto lens, the Mi A1 offers up to 2x optical zoom which is a welcome addition to the feature list at this price. There is a Portrait Mode for bokeh effects, similar to the iPhone 7 Plus (Review) and the OnePlus 5 (Review). The phone also has a 5-megapixel front camera with real-time beautification in the app.

The Mi A1 supports 4G with VoLTE (Voice over LTE) as well as Wi-Fi, Bluetooth, and a 3.5mm audio jack. Much like many Xiaomi smartphones, the Mi A1 also has an infrared emitter on the top. Xiaomi has added a dedicated headphone amplifier for enhancing audio.

In terms of software, Xiaomi's Mi A1 runs pure Android 7.1.2 Nougat which is the most recent Nougat version available for non-Google-branded Android smartphones. Considering that this is an Android One device, Google can be expected to support it with software updates for at least 18 months which means that Android 8.0 Oreo is as good as confirmed. At the launch, a Google representative also revealed that Mi A1 will receive Android P update, when it's available.

Apart from the Google suite of apps, the Mi A1 also has some software from Xiaomi such as the Mi Remote and Mi Store apps. At least Xiaomi's fans won't completely miss out on features seen on other Xiaomi products. The Settings app also has a Mi Services section that can be enabled to send the company diagnostic data about how you use your phone.

Xiaomi Mi A1 initial thoughts
The Xiaomi Mi A1 is an absolute scorcher in terms of both performance and software. The phone responded well to our touch inputs, and didn't skip a beat when switching between apps. The full-HD display has decent viewing angles and is crisp, but we found it to be too reflective for our liking. The painful abundance of bloatware on MIUI isn't a thing to worry about here.

The Mi A1 uses Xiaomi's own camera app as Google's default camera app currently doesn't support dual cameras. it fires up quickly and is fast at autofocusing. Xiaomi claims that the Mi A1 can take great portrait shots with its dual cameras. We will discuss that as well as all other aspects of this phone's performance and camera quality in our detailed review, coming up soon. 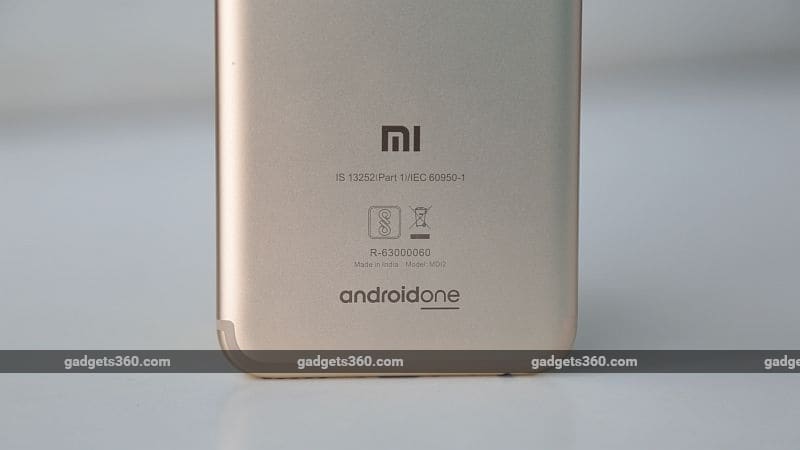 The Mi A1 has a lot riding on it for Xiaomi as well as for Google. Considering that Android One is being re-launched at a slightly higher price point, it will be interesting to see responses to the product. Android One devices were initially launched in different parts of the world as low-cost options, with the last being Sharp X1 in Japan.

Priced at Rs. 14,999, the Mi A1 offers you stock Android with the familiar Xiaomi design. However, the race won't be easy for Google's new Android One device which will have to compete against the likes of the Moto G5S Plus at almost the same price, which also offers stock Android.