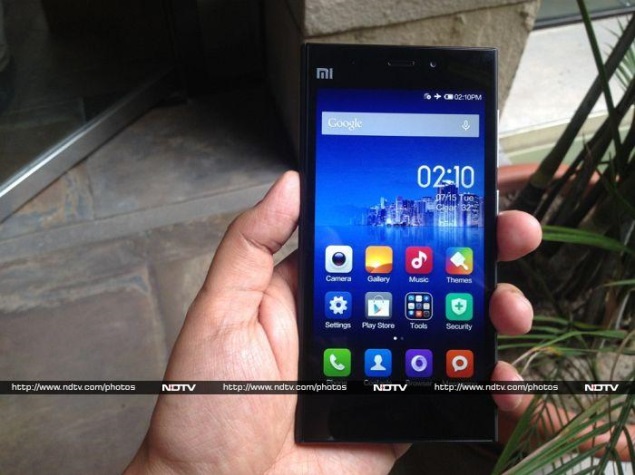 Xiaomi, the company often called "China's Apple" thanks largely to the cult-like following it has garnered over the years in its home country, is finally saying Namaste to India. Having rebranded itself as 'Mi' for the international markets, the company unveiled its flagship smartphone, the Xiaomi Mi 3 featuring top-end specifications like a full-HD display and Qualcomm Snapdragon 800 processor at an entry-level price of Rs. 13,999.

The Mi 3 is now up for pre-booking via exclusive retail parter Flipkart, and will start shipping from July 22, a departure from Xiaomi's move in other markets where it has chosen to sell products directly via its e-commerce store. However, the company said the Flipkart arrangement is exclusive 'as of now', so the company might still go the direct route as it establishes itself in India.

While the price tag of the Mi 3 will pleasantly surprise many in India, anyone who's been following the company over the years will realise this is business as usual. Xiaomi has made a name for itself by selling phones whose specifications compare with flagships from established brands like Samsung, at relatively throwaway prices.

The company is also an expert at employing viral marketing techniques to generate buzz around its products, which means there is almost always a 'sold out' sign within minutes of a new offering becoming available, though critics will point to the limited stocks that accompany every launch. 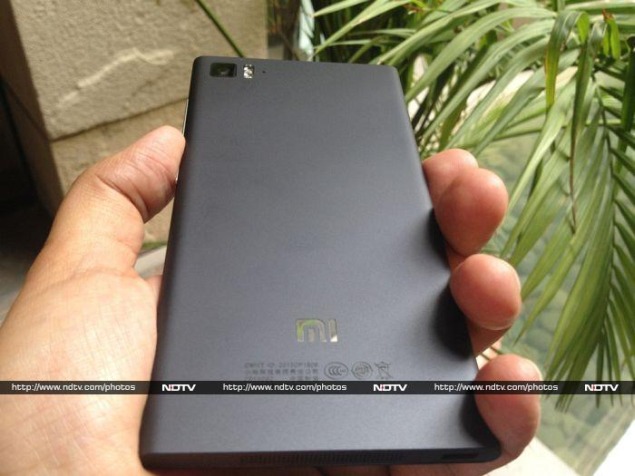 While concerns remain about how Xiaomi plans to address the almost inevitable supply issues if the Mi 3 becomes popular, and the company's decision to launch the phone in India the day its successor is unveiled in China, we got to spend some time with Xiaomi's flagship at the launch in New Delhi, and here are our thoughts.

The Xiaomi Mi 3 looks and feel solid, without every crossing over into the spectacular territory. Looks are subjective, and in terms of pure aesthetics and in-hand feel, we quite liked the recently unveiled Asus ZenFone 5 (Review | Pictures) as compared to the Mi 3, though your mileage may vary. The Xiaomi Mi 3 comes with a 5.0-inch full-HD display that looked crisp and readable, even outdoors, during our limited testing.

The real highlight of the Mi 3 is what lies under the hood. The smartphone comes with 2GB of RAM and a 2.3GHz quad-core Qualcomm Snapdragon 800 8274AB SoC, which the company says offers a 20 percent performance gain compared to the earlier Snapdragon 800 chips. The phone handled everything we threw at it with aplomb, and while we didn't get a chance to run benchmarks at the event, Xiaomi highlighted in its presentation that the AnTuTu score of the Mi 3 is higher than the likes of the Samsung Galaxy S5 (Review | Pictures), which should give you some idea about the kind of power this beast carries.

The Xiaomi Mi 3 comes with 16GB of internal storage, with around 13.22GB accessible by the user. It runs Android 4.4 KitKat with the iconic MIUI (version 5) on top. While many swear by Xiaomi's MIUI, we weren't impressed with it on first glance, though that might change as we spend some more time with the device. The phone supports themes out of the box, so you can easily customise the look by downloading one of the many themes from the MIUI theme store, like this one inspired by India. 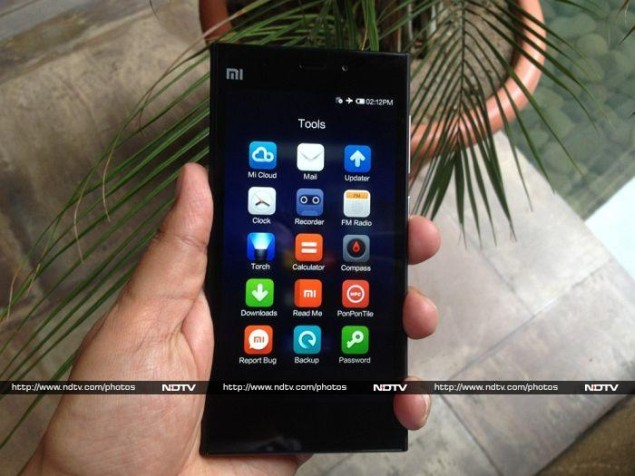 Before the launch, some were concerned if Xiaomi's phones come with access to Google Play, and the company has answered that by bundling Google's application store with the Mi 3, so you can download and install Android apps like you are used to on other phones. Apps like Facebook, Flipkart, amongst various others, also come pre-installed on the smartphone.

The Mi 3 comes with a 13-megapixel rear camera with f/2.2 aperture and dual-LED flash as well as a 2-megapixel front camera. Xiaomi's Hugo Barra boasted that the Mi 3 takes the "best HDR pictures across all devices, smartphones or DSLRs", and we can't wait to put that and other claims to test when we receive our review unit.

Stay tuned to NDTV Gadgets for our definitive verdict on the Xiaomi Mi 3.