Wiio is a company that started out as an Ebay seller. This Jaipur-based upstart claims to have sold 10,000 units of its first phone, the Wiio WI5, in around two months. The WI5 is moderately priced but serves as Wiio's top-end device. Now, the company has decided to sell an Android phone at a bargain basement price.

Looking past its tongue-twisting moniker, the Wiio Wi Star 3G does have some decent specs under the hood for a phone that is priced so low. Wiio claims that the Wi Star 3G is India's most affordable 3G smartphone with a 5-inch screen. Let's find out if this distinction is something to be proud of and if it should be reason enough for one to buy the phone. 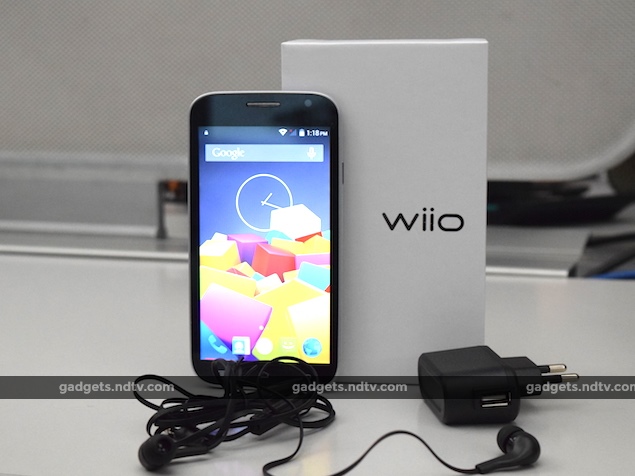 Look and feel
The Wi Star 3G looks like any other candybar smartphone and doesn't really have any design element that sets it apart. Having said that, for a phone that costs so little, the Wi Star 3G is fairly well-built. At 9.8mm it isn't the slimmest smartphone by far, but the plastic body does feel sturdy.

It is available in white and black. The black variant has a blue rear cover which has a textured surface that feels good to touch. At the bottom is the Micro-USB port and a microphone. The left and the right edges of the phone house the volume rocker and the power button respectively. Both these buttons have decent tactile feedback. The 3.5mm audio jack sits on the left end of the top edge. 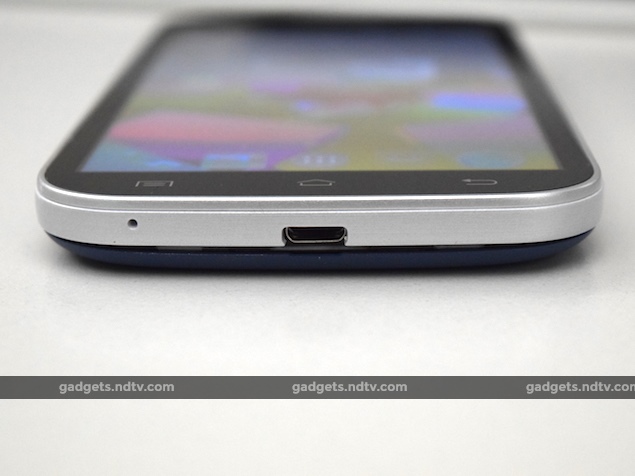 There is a row of capacitive buttons below the screen. They are not backlit, making navigating through the OS a bit of a bother in the dark. Above the display one can find the earpiece and the front-facing camera. Two horizontal slits for the speaker sit in the lower left corner on the rear. The camera causes a slight bump on the rear and the flash lies below it. Prying open the cover reveals the battery compartment, slots for one micro-SIM and one regular SIM card, and a slot for the microSD card.

The 5-inch TN screen has a resolution of 480x854. It doesn't have any toughened glass for protection, which is expected considering its low cost. The display is dull and there is absolutely no vibrancy in the colours. Both, viewing angles and sunlight legibility are bad. Text has jaggies and we also noticed some pixellation in places. 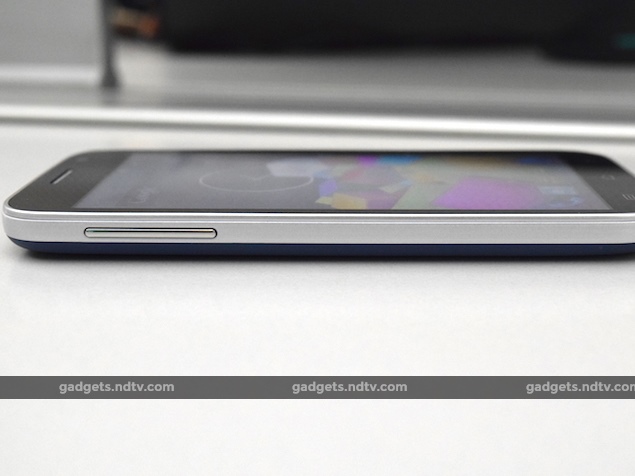 Specifications, software and camera
Under the hood lies a Mediatek MT6572 SoC with two cores running at 1.3GHz each. There is 512MB of RAM and 4GB of internal storage, which can be expanded by up to 32GB using a microSD card. The phone has a 5-megapixel camera on the rear and a 2-megapixel one on the front. It can connect to Bluetooth accessories and Wi-Fi networks. It can also connect to 3G networks on the 2100MHz frequency band. It has a 2,000mAh battery providing the juice. 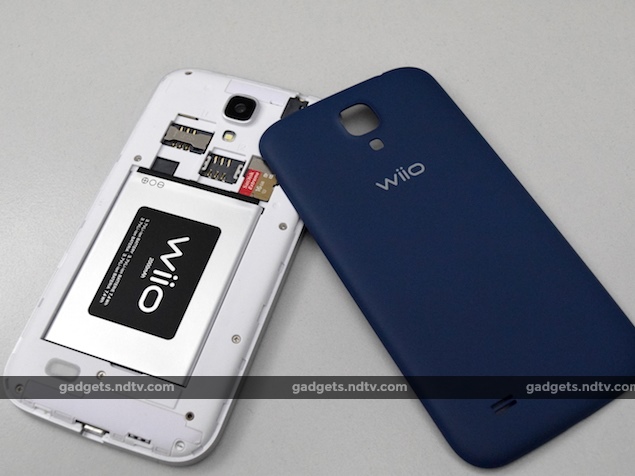 The phone runs Android 4.4 KitKat in its vanilla state. We like this approach because it helps in keeping the software light. Wiio adds a few third-party apps such as QuickOffice, Facebook and WhatsApp and most users will find these pretty useful. The only embellishment we found in the software is present in the lock screen: a tacky Wiio logo replaces the usual unlock icon. 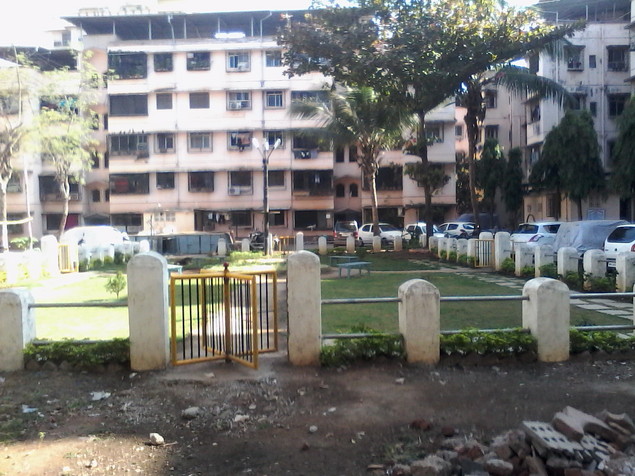 The default camera app is from the Gingerbread days and is bereft of manual settings. In any case, no amount of tweaking could help improve the quality of the images captured by the 5-megapixel primary camera. There is no autofocus and all the images we captured were blurry and messy. The few times we managed to get a decent shot, the colours were completely off and highlights were blown out. There is an HDR mode but it is pointless using it because the camera takes a lot of time to capture each frame and the resulting shot is almost always a hazy mess. Low-light performance was really bad, as was the front camera in all conditions. The quality of captured video was also unsatisfactory. The Wiio Wi Star 3G is not a phone anyone should be considering for its camera.

Performance
Unless the Wi Star 3G is filled with a tonne of apps, one can generally expect fairly lag-free performance. However, we did come across a few occasions on which the phone would stutter and find it difficult to process taps and swipes. It isn't so bad that it breaks the experience entirely, and once again, we find ourselves justifying it because of the low price tag

We also have some numbers for those who care about it. Be forewarned though, they aren't exciting at all. In the AnTuTu and Quadrant benchmark tests, the phone scored 9,775 and 4,200 respectively. GFXbench failed to run because 512MB of RAM wasn't sufficient for it. In the 3D Mark Ice Storm test the Wi Star 3G logged 1,958 points. 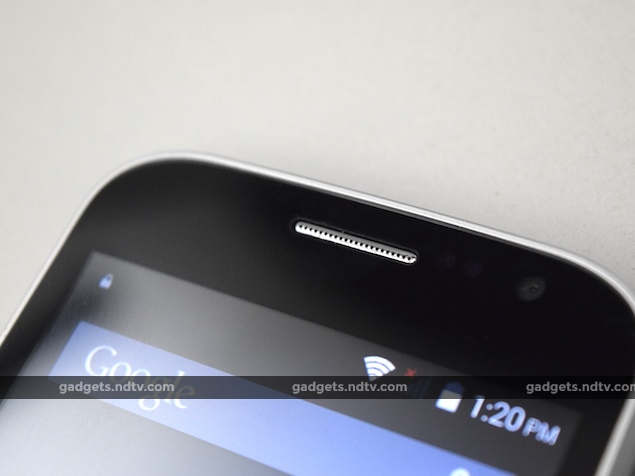 We tried our regular collection of videos and the phone could handle only videos up to 720p resolution. Our 1080p videos stuttered and skipped during playback. The speaker can get pretty loud but it sounds tinny. The bundled headset is of the in-ear kind and it fits nicely but sounds hollow.

The sound quality in calls was alright but we kept dropping network even in areas where cellphone reception is generally good. It happened on two different cellular networks, which indicates that this is a problem with the phone. In our video loop battery test. the phone lasted 5 hours and 11 minutes. In real-world situations this should translate to less than a full day, which isn't good for any smartphone. 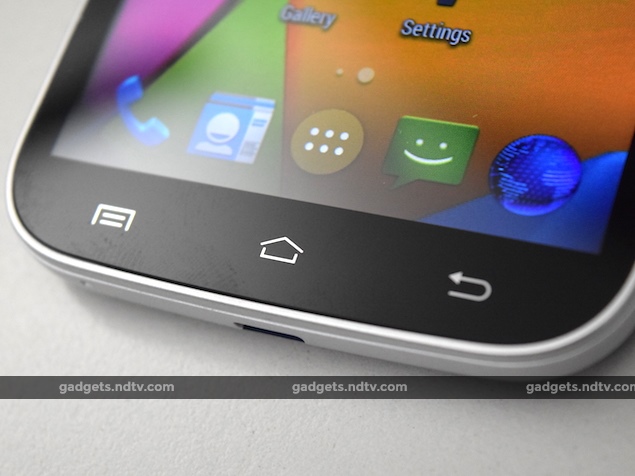 Verdict
The Wiio Wi Star 3G is priced at Rs. 3,999 and is available exclusively on Ebay. While there are very few competing smartphones at that price level, we are still on the fence about recommending this device to our readers. You'd be better off saving up some more money and picking up one of the Android One phones, whether this is your first smartphones or you're just on a really tight budget.