The Vivo Y55s is the follow up to the Y55L, which launched last year. This new model is priced at around the same level as the outgoing one, and its main highlight seems to be the fact that it has 3GB of RAM, as made clear by the prominent gold lettering on the box.

The smartphone retails for Rs.12,490, which puts it in a highly competitive segment. We already have the Xiaomi Redmi Note 4 (Review), Honor 6X (Review) and Moto G4 Plus (Review) in this price band. Based purely on specifications, the Vivo Y55s already seems to be at a disadvantage compared to these three, but let’s not rule it out as an option just yet.

Vivo Y55s design and build
The Y55s has a simple candybar design with 2.5D curved-edge glass on the front, and a soft gold finish for the back. It has a certain iPhone-like look which isn't uncommon for Chinese manufacturers. It’s slim at 7.5mm in thickness, and light at just 147.9 grams. Its relatively small size also makes it easy to grip, and all buttons are well within reach. There’s a dedicated microSD card slot on the top near the headphones socket, and the phone also supports Dual-SIM functionality. The back of the phone looks like metal but it’s actually plastic.

The 5.2-inch HD display has a sufficiently high pixel density so jaggedness around icons and text isn’t very visible. Colour reproduction is fairly good, and we didn’t have any major issues with viewing angles or sunlight legibility. The Y55s comes with a screen protector already affixed, which is good since this phone doesn’t have reinforced glass.

The capacitive navigation buttons at the bottom aren’t backlit and there’s no notification LED either, but you can use the rear LED flash to alert you to incoming calls, messages and reminders the when the screen is off. Another missing feature is a fingerprint sensor, which is quite disappointing considering the competition this phone is up against. 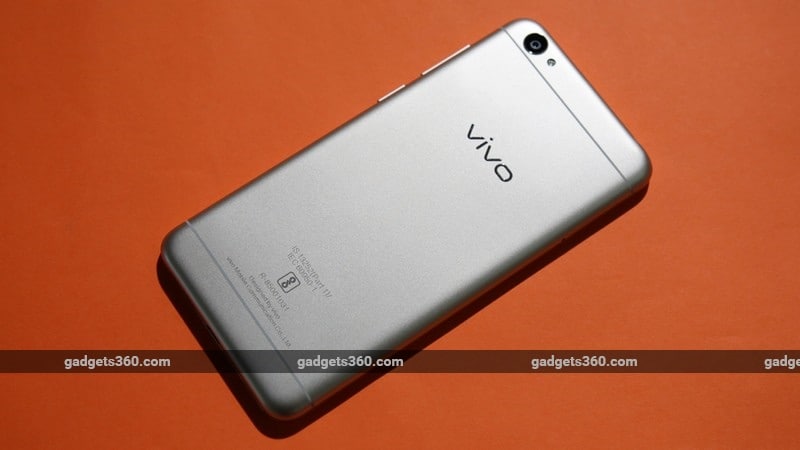 Overall, we don’t have a lot of complaints when it comes to the build quality and design of this phone, but we aren't especially impressed either. It looks pretty forgettable. At least Vivo hasn’t skimped on accessories in the box; you get a standard 5W power adapter, a data cable, a headset, a silicone case, and a SIM ejector tool.

Vivo Y55s specifications and features
Under the hood, we have a quad-core Qualcomm Snapdragon 425 SoC running at 1.4GHz, which is a bit of an odd choice considering that the Y55L had an octa-core Snapdragon 430. There’s 3GB of RAM and 16GB of storage which can be expanded by up to 256GB using the dedicated microSD slot. You also get Bluetooth 4.2, Wi-Fi b/g/n, 4G with VoLTE, USB-OTG, FM radio, and GPS. In addition to the standard set of sensors, you also get a virtual gyroscope.

On the software front, we’re not surprised to see the Y55s still rocking Android Marshmallow as the base for its custom Funtouch OS 3.0. Not much has changed since we reviewed the Vivo V5 Plus. If you haven’t used a Vivo phone before, then there’s a bit of a learning curve as certain controls have been moved around. You have to swipe up from the bottom of the display to get to the brightness and volume sliders and the quick toggles, while the notifications shade is only used for notifications.

The Settings app has extra options for custom features like motion and touch gestures, one-handed mode, Super Screenshot, and Smart Click, which lets you perform certain functions by holding the volume down button when the screen is off. Smart Split divides the screen in half when you're watching a video so that you can reply to an SMS, Facebook or WhatsApp message without exiting the player. Stock apps include Vivo Cloud for backups, UC Browser, WPS Office, Amazon, WhatsApp, and a theme store.

Vivo Y55s performance
General UI performance is good, and we didn’t face any major stutter or lags during everyday usage. The phone even handles multitasking fairly well. However, the entry-level SoC isn’t the best choice for heavier apps and games. We got an AnTuTu score of just 35,787, and only 14fps in GFXbench’s T-Rex test. You can install and play 3D games but heavier ones will have to run with the settings turned down. 16GB of storage isn’t much either, and it will fill up pretty fast if you download lots of music and videos.

The Y55s handled 1080p and even our high bit-rate video test files just fine. The volume and clarity of the loudspeaker aren't very good, and sound quality is only sufficient for alerts. The bundled headset is not the in-ear type so don’t expect much in terms of quality or ambient noise isolation. 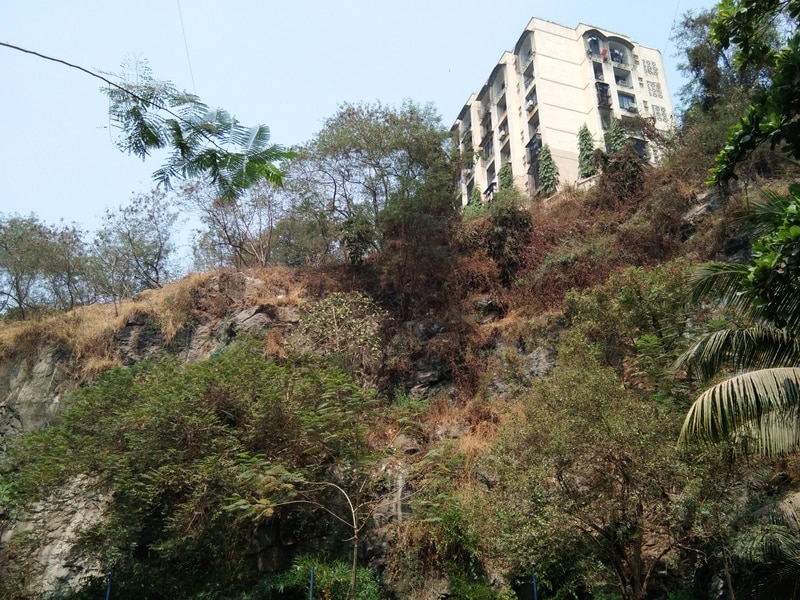 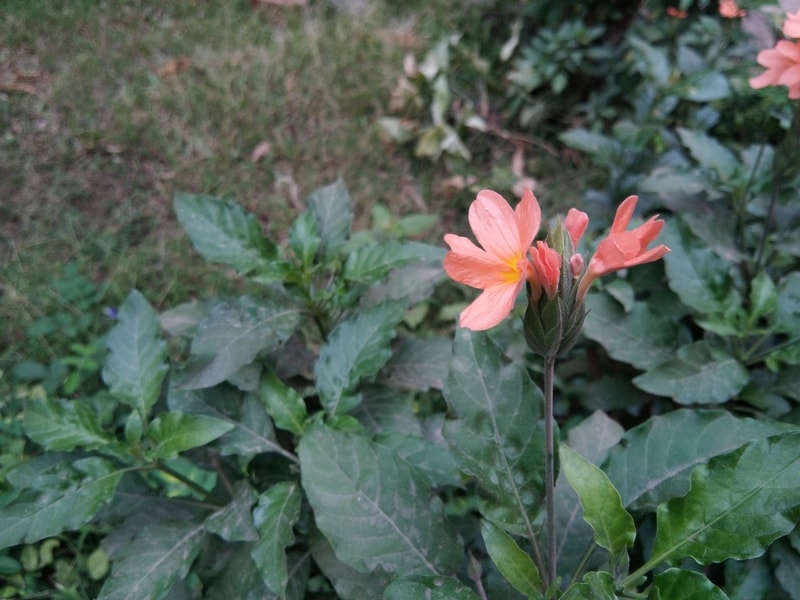 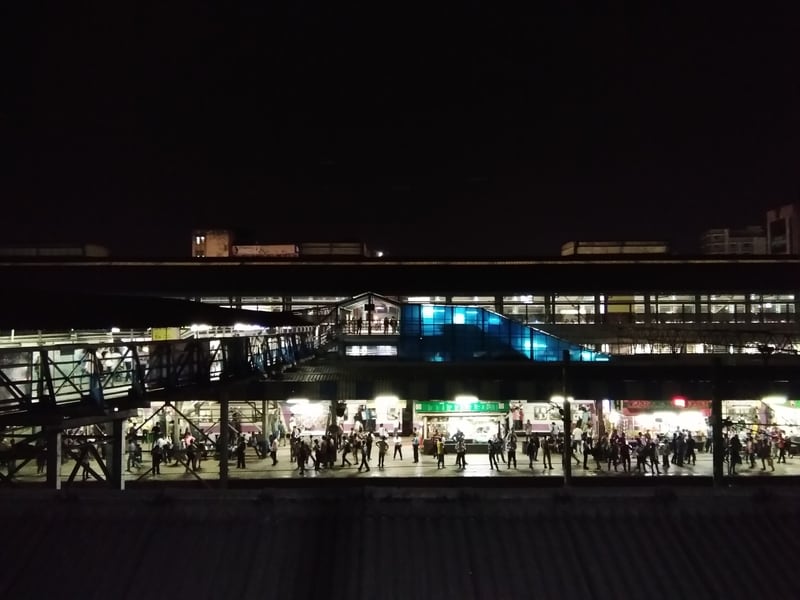 The rear camera has a 13-megapixel sensor and an f/2.2 aperture. It manages decent landscapes and macros in daylight, although finer details look a bit fuzzy when you zoom in, and the edges around close-up subjects lack sharpness. Colours also appear a bit muted, unless you force HDR, which makes things a bit better. Autofocus is fairly quick despite the lack of PDAF. Low-light shots aren’t as noisy as we expected as long as you use ‘Night mode’ which increases the shutter speed a bit to capture more light. However, the phone needs to be kept very steady in order for this to work well.

Shooting modes include face beauty, panorama, professional, slow-motion video, time-lapse and ultra HD. The interface is easy to navigate and all functions are easy to get to. There’s a 5-megapixel camera in the front with the same f/2.2 aperture which captures decently detailed selfies under good lighting. However, the screen flash is slightly weak when it comes to evenly illuminating your face.
Video recording maxes out at 1080p for the rear camera and its quality is strictly average.

We were pleasantly surprised by the amount of runtime we could squeeze out of the 2,730mAh battery. In our HD video loop test, we got 12 hours and 12 minutes of continuous playback, which is not bad. We were also able to get a full day’s worth of real-world usage. On the other hand, charging this phone fully can take a few hours. 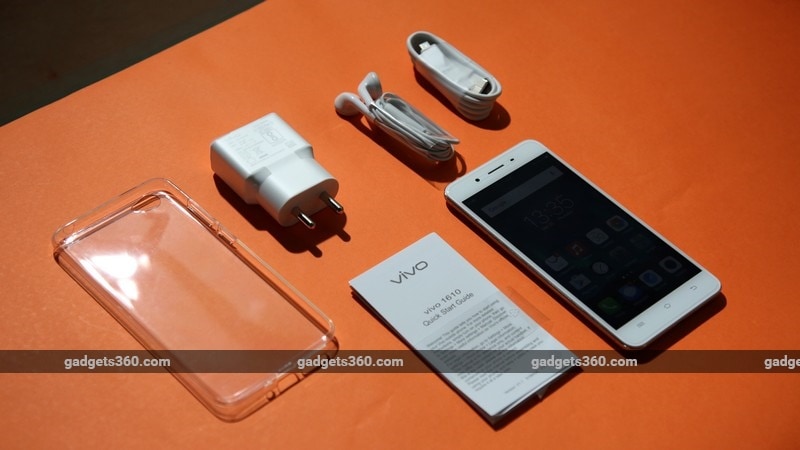 Verdict
The Vivo Y55s makes for a decent entry-level smartphone but simply isn’t strong enough to hold its own against its current competition. The Redmi Note 4, Moto G4 Plus and Honor 6X are much better options that will serve you a lot better. The Y55s has some good qualities like a comfortable form factor, good battery life, dedicated microSD card slot and 4G with VoLTE support, but it needs a more powerful SoC, a higher resolution display, a fingerprint sensor and better cameras.

Had this phone been priced at around Rs.7,000, it would have been well worth considering, but at Rs.12,490, there are much better options to consider.

Further reading: Vivo Y55s review, Vivo Y55s price, Vivo Y55s price in India, Vivo Y55s specifications, Vivo Y55s features, Vivo, Y55s
Roydon Cerejo Email Roydon
Roydon Cerejo writes about smartphones and laptops for Gadgets 360, out of Mumbai. He is the Deputy Editor (Reviews) at Gadgets 360. He has frequently written about the smartphone and PC industry and also has an interest in photography. With over a decade of experience covering the consumer technology space, he is also an avid sci-fi movie and TV show geek and is always up for good horror flick. Roydon is available at roydon@gadgets360.com, so please send in your leads and tips. More
SpaceX Poised to Launch First Used Rocket on Thursday
Norton Wi-Fi Privacy Launched Starting Rs. 2,999; Claims to Protect Data on Public Wi-Fi