When Apple launched the iPhone X (Review) with a notch on its display, it was met with mixed reactions. Some liked how the company implemented FaceID and reduced the borders around the screen, while others hated that it dug into screen space. However, this didn't stop other manufacturers from copying the design. We have already seen Asus implementing notches for its upcoming Zenfone 5 and the Zenfone 5z, and now Vivo has joined the list with the new V9. With this launch, Vivo has become the first manufacturer to actually launch an Android smartphone with a notch in India. We got to spend some time with the Vivo V9 prior to the official launch, and here are our first impressions.

The first thing you will notice about the Vivo V9 is its design. At first glance, it looks like any other phone with a taller display. Power the phone on, and the notch becomes visible. The Vivo V9 has thin borders on the sides and top of the screen, and a slightly thicker one at the bottom. The notch sits at the top and houses the 24-megapixel selfie camera, earpiece, notification LED, and other sensors. Vivo has managed to cram in a 6.3-inch display with a 19:9 aspect ratio and a resolution of 1080x2280 pixels. The "ears" on either side of the notch are used to show system status icons. The smartphone is 75.03mm wide and 7.89mm thick, which makes it comfortable to hold. It is light at 150g, but it is hard to reach the top of the display when using this phone with one hand.

Vivo has gone for a vertically stacked dual-camera module similar to the ones on the iPhone X and Xiaomi Redmi Note 5 Pro (Review). A single-LED flash is positioned right below it. Since the front is dominated by the display, the Vivo V9 has a rear-mounted fingerprint sensor. It is positioned slightly too high for our liking, but is quick to unlock the phone. Vivo has also implemented face recognition for the V9, using the selfie camera. In our time with the device, we found that it could unlock itself quickly using face recognition in well-lit places, but usually needed multiple attempts in low light. 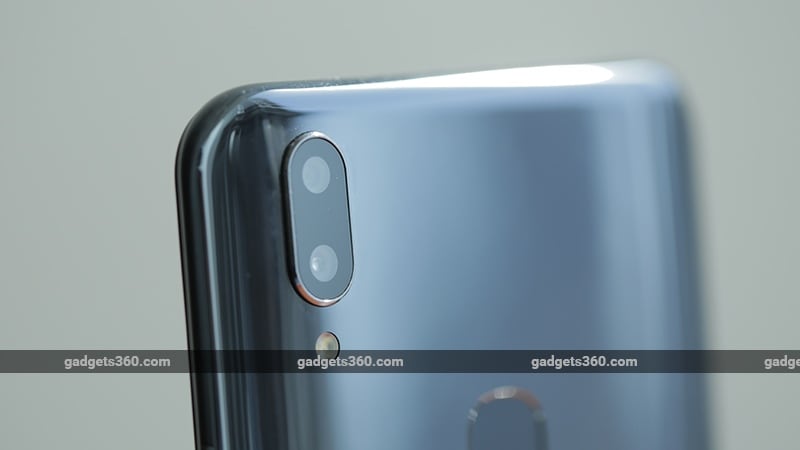 The smartphone has a shiny rear which feels plasticky and picks up fingerprints quite easily. While you will have to wipe smudges off it frequently, at least it isn’t slippery. The rear of the phone catches the light when you move it around, which some people will like. The power and volume buttons are on the right, while the SIM tray is on the left. It has slots for two Nan-SIMs as well as a dedicated microSD card slot. At the bottom of the phone, you'll find a 3.5mm headphone jack, the primary microphone, a Micro-USB port, and a speaker grille.

The Vivo V9 ships with a 10W charger, a wired headset, and a case. Vivo has also pre-applied a screen protector on the device.

Powering the Vivo V9 is the Qualcomm Snapdragon 626, which is an octa-core processor clocked at 2.2GHz. The phone has 4GB of RAM and 64GB of storage, and there are no variants. We did not notice any lag in ordinary use. The phone was quick to load apps and had no trouble multitasking. This is a dual-SIM device with support for 4G as well as VoLTE, and packs in a non-removable 3260mAh battery. 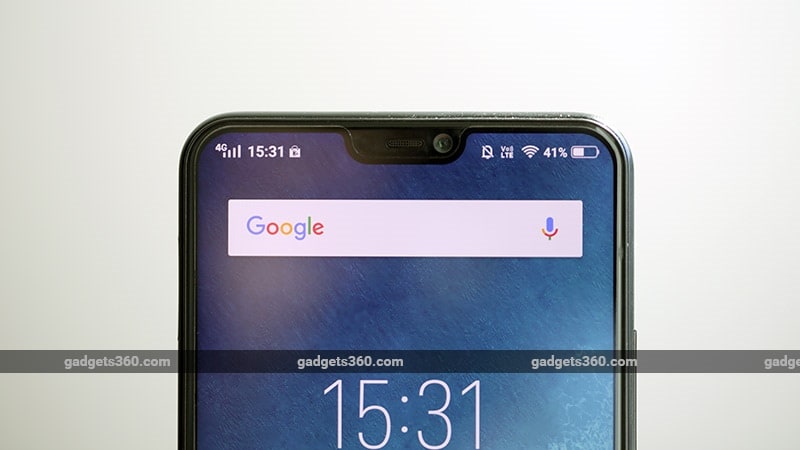 The camera module at the back has a 16-megapixel primary sensor and a 5-megapixel secondary sensor. There's also a 24-megapixel selfie camera positioned in the notch at the front. The camera app is similar to that of other Vivo smartphones, but with the addition of AR stickers. We'll examine the quality of photos and videos taken by the Vivo V9 in our full review, coming up soon.

In terms of software, this phone runs on Android 8.1 Oreo with Vivo’s custom Funtouch OS 4.0 on top. We found that our device was running the February Android security patch, which is acceptable at this point. Funtouch OS looks similar to iOS, right down to the style of the default app icons. Vivo has also added gesture navigation, which is similar to that found on the iPhone X. You can swipe upwards from the bottom of the screen to go back, or stop half-way to reveal the app switcher.

We tried using several apps and playing a couple of games, and found that some of them were natively able to run at the screen's 18:9 aspect ratio, and the "ears" around the notch would display the time and other system icons. Apps that were not compatible ran at the standard 16:9 aspect ratio.

The Vivo V9 is priced at Rs. 22,990, and will be available in retail starting on April 2. With this phone, it looks as though Vivo is targeting an audience that wants an iPhone X lookalike on a budget. Stay tuned to Gadgets 360 for our full Vivo V9 review.

product The Vivo V9 is the first Android smartphone with a notch to be launched in India. It has a big 6.3-inch display with a 19:9 aspect ratio.