The Vivo V7 is the company’s latest addition to its selfie-focused series, and follows in the footsteps of the V7+ (Review). This new model is very similar to the V7+ in terms of design and specifications, but with minor reductions to its battery capacity, storage, display size, and of course price.

The V7 and V7+ are currently Vivo’s hero products in India, which is evident from the aggressive online and offline marketing campaigns the company has been carrying out. The new Vivo V7 is priced at Rs. 18,990 and hopes to undercut rival Oppo’s recently launched Oppo F5 (Review), which is also a selfie-focused smartphone. We liked the Oppo F5, but let’s see if the Vivo V7 is a more compelling offering.

We’ve reached a point where metal-bodied smartphones are pretty commonplace in the budget and mid-range segments, but sadly, Vivo doesn’t seem to have gotten with this programme. From afar, the body looks like it could be metal, but the Vivo V7 has a plastic body, just like the V7+. Even so, we didn’t have any issues with the fit and finish of the chassis and buttons. The tapered edges don’t offer the best grip but the overall size of the phone makes it comfortable to hold.

The Vivo V7 features a 5.7-inch IPS FullView display, which thanks to the 18:9 aspect ratio, fits into a body typically meant for a smaller sized screen. Bezels on all sides are pretty thin but there's just enough space at the top for the earpiece, front camera, and sensors. The HD+ resolution is a bit disappointing, and we would've liked to see Full-HD+ instead. Some app icons don’t look sharp, and text on Web pages and the system UI isn't the smoothest. Colours are fairly punchy though, and brightness is also good. The phone ships with a pre-applied screen guard. 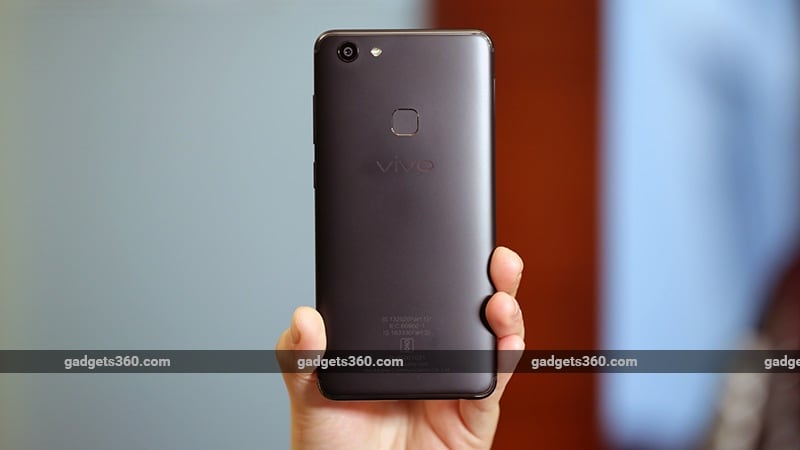 There’s a chrome trim running along the edges of the phone for some aesthetic appeal, along with chrome-plated antenna bands running across the top and bottom of the back. We liked the tactile feedback of the buttons and their placement is also good. On the left, there’s a single tray for the two Nano-SIMs and microSD card. The inclusion of a dedicated microSD card slot (up to 256GB) is appreciated. The headphones socket, Micro-USB port and the mono speaker grille are all at the bottom of the phone.

Smudges aren't too visible on the matte plastic back. The camera at the back protrudes slightly. Vivo has also placed the fingerprint sensor here, and it works well. It can also be used to lock apps. The phone has a face unlock feature, which we’ll get into in the next section. In the box, you get a SIM eject tool, a case, a USB cable, a 10W power adapter, manuals, and a headset.

The Vivo V7 uses the Qualcomm Snapdragon 450 mobile platform, which features eight ARM Cortex-A53 CPU cores and the Adreno 506 GPU. A 400-series processor might seem a bit underwhelming, considering you can find phones with similar hardware priced under Rs. 10,000, but in practice, the Snapdragon 450 is pretty competent.

Benchmark performance is decent, and AnTuTu returned a score of 55,303 points while GFXbench churned out 33fps in the T-Rex test. Vivo has kept the RAM at 4GB but halved the storage from 64GB to 32GB, compared to the V7+. The battery capacity has been reduced a bit too, and is now 3000mAh. There’s single-band Wi-Fi b/g/n and Bluetooth 4.2. Other specifications include FM radio, USB-OTG, 4G with VoLTE support, an accelerometer, an ambient light sensor, a proximity sensor, a compass, and a virtual gyroscope.

While many manufacturers are easing up on their Android customisations, Vivo doesn’t seem to have any plans to go down that road. The Vivo V7 runs on Funtouch OS 3.2, which is a fork of Android 7.1.2 Nougat. If you’re used to stock Android, Funtouch OS could take some getting used to. The notifications shade will only show you notifications, because the quick settings have been shifted to a panel called Control Centre that you swipe up from the bottom of the screen. The iOS influence is very prevalent here, in everything from the naming of apps to even the look of their icons. 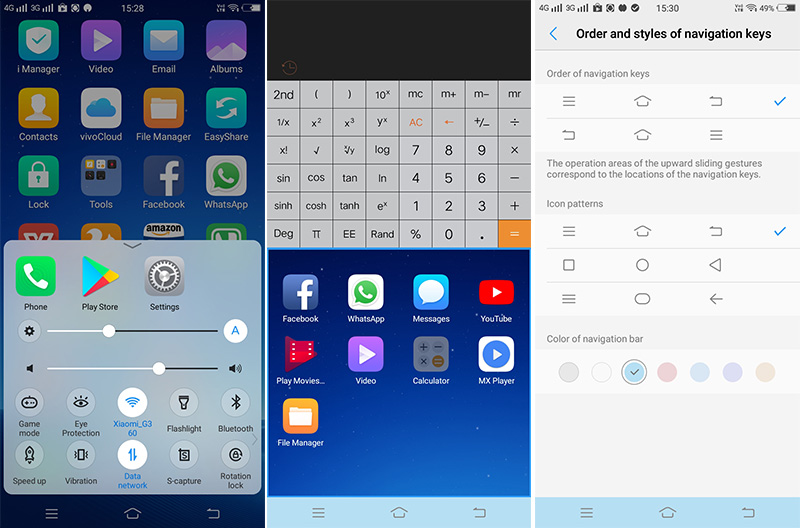 The software navigation keys can be switched around depending on your preference, and you can hide them altogether. If you choose to do so, you swipe upwards from the bottom of the screen to go one step back or to the home screen, but oddly there’s no provision to access recent apps this way. Funtouch OS unfortunately does away with Android’s native split screen mode in favour of Vivo’s own Smart Split feature, which currently only supports Google Play Movies, MX Player, Youtube, Facebook, WhatsApp, and the video, messages, file manager, and calculator apps.

The V7 also has a face recognition feature, to unlock it when you raise it to your face. It works well even in not-so-great ambient lighting, but fails to work in low light. There’s a toggle for ‘Quick recognition’, which is less secure, and Vivo points out that it can be fooled by a picture or video of the registered face. However, we weren’t able to fool it with a picture when we tried. Turning ‘Quick recognition’ off means that it will take a bit more time to unlock the phone.

You get all the customisation options that we’ve seen before in Vivo smartphones including the ability to clone apps, a one-handed mode, and motion gestures. There are also a host of pre-installed third-party shopping, Internet and multimedia apps but thankfully, you can get rid of all of them.

With everyday use, the Vivo V7 is a very good performer, and can handle most tasks very well. We didn’t have any overheating trouble. In fact, the phone rarely got warm even when we were gaming. Despite the heavy skin, the interface is not laggy, and multitasking was also handled pretty efficiently. 4G reception is good, and the earpiece is loud enough for phone calls, even in noisy places. 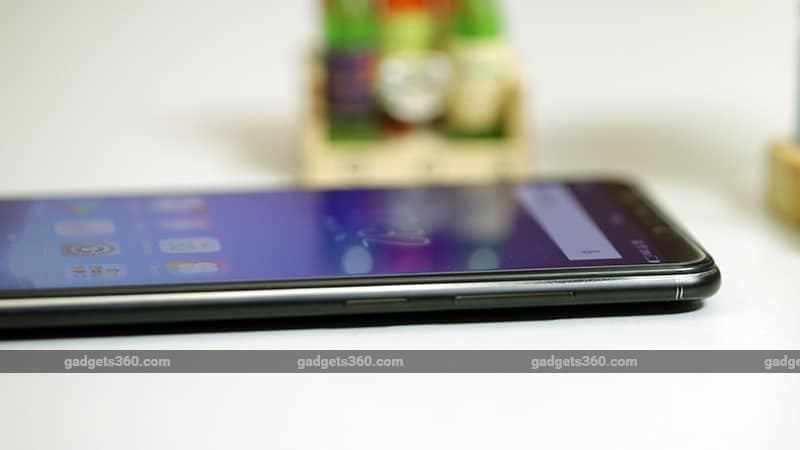 Videos look good thanks to the fairly vivid display and wide viewing angles. The stock headset is very basic and doesn’t offer any form of isolation. However, plug in a pair of good aftermarket headphones and you'll find that the audio performance is actually quite good. The same cannot be said for the speaker though, which is loud enough for conference calls but doesn’t do a very good job with media.

Just like the V7+, the main selling point of the V7 is its front camera, and it’s a pretty good one at that. The 24-megapixel front-facing sensor has a selfie portrait mode and supports HDR. You can capture live photos (similar to iOS). What we really like is the speed at which the camera captures and saves photos, which makes it possible to take pretty sharp selfies even when on you’re moving about on bumpy roads.

Face beauty mode is present, and offers options for buffing, skin tone correction, and whitening. The Group Selfie feature lets you take a mini panorama so you can cram more people into a shot. You can even use your voice or a hand gesture to trigger the camera. Selfies have pretty good detail when taken under good lighting, and in low light, you can use the fill flash which is much less harsh than an LED flash. In low light, details are affected but the overall picture isn’t too noisy. 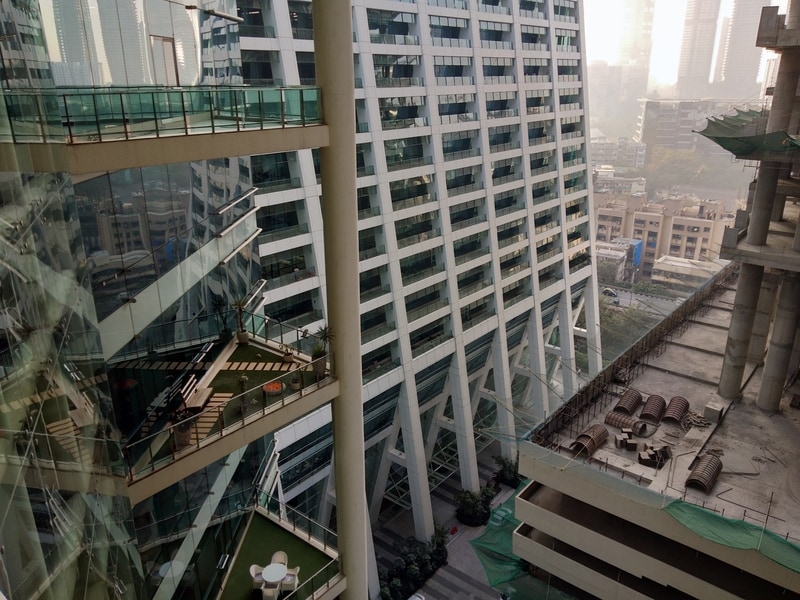 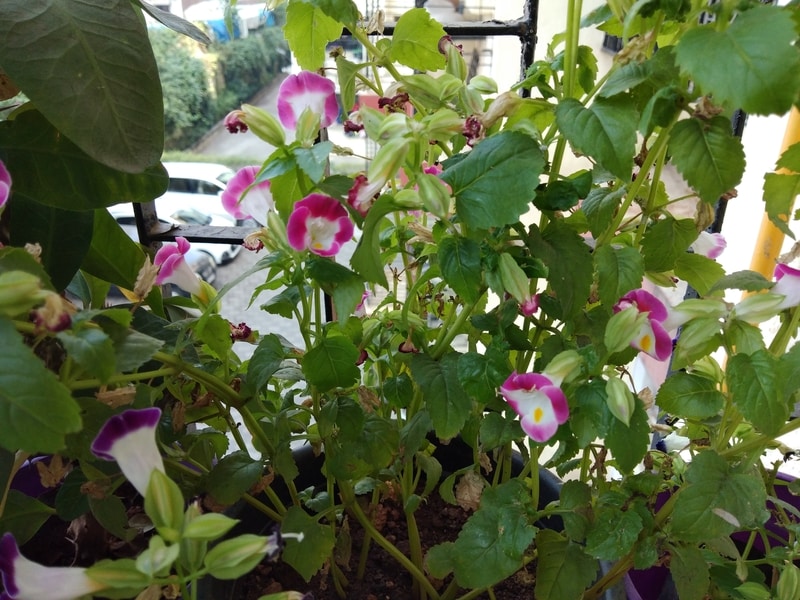 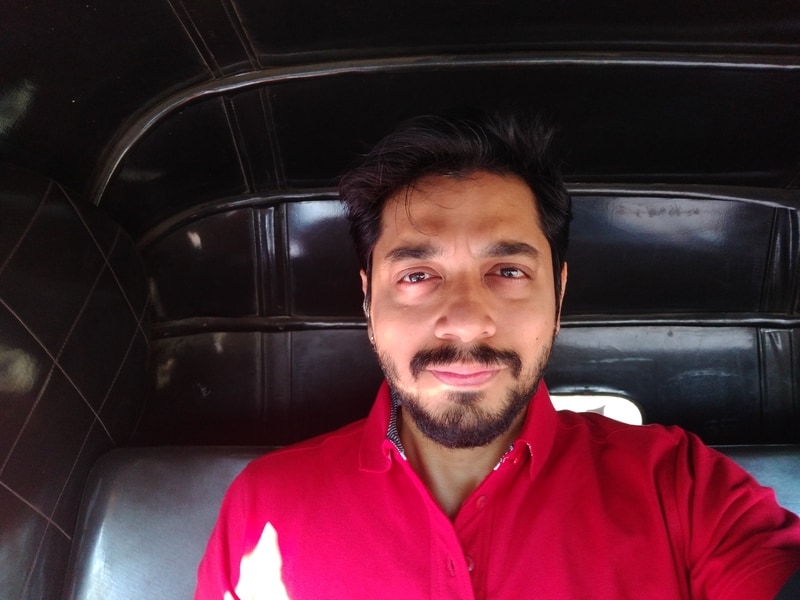 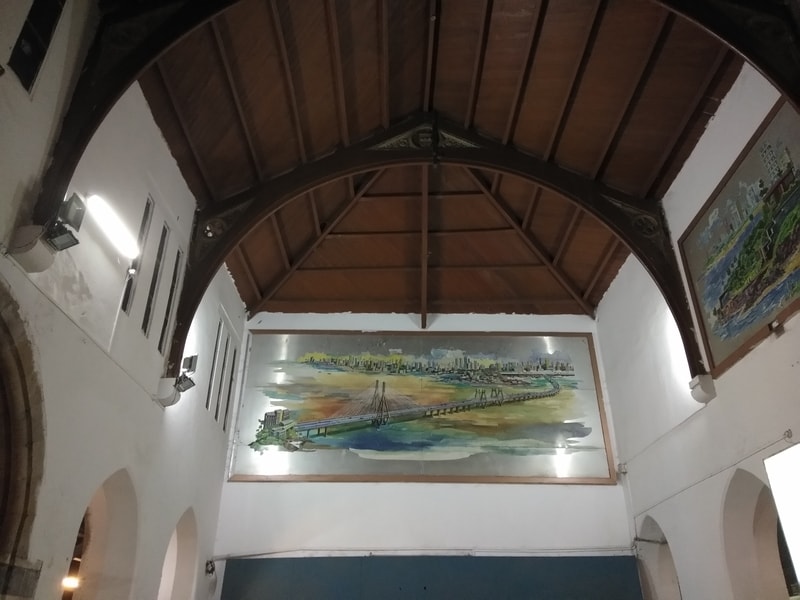 The rear camera has a 16-megapixel sensor with a f/2.0 aperture just like the selfie camera. You get similar shooting modes here too, plus some extras modes like slow motion, time-lapse, professional, PPT, and Ultra HD, with the latter stitching together multiple images for a higher resolution image.

Focusing and processing is quick here too. HDR shots takes a bit longer to process than regular photos. Landscapes in daylight are rendered well, with good details, but distant objects often have a watercolour effect to them. In low light, noise is handled well but the details are on the softer side as there isn’t much sharpening being done here. Portrait mode with the rear camera simply refused to work on our review unit, despite repeated attempts.

Video recording tops out at 1080p and the quality is decent. However, continuous autofocus does’t work here, which means you’ll have to keep tapping the screen to adjust focus if your subject is moving, which isn’t ideal. There’s isn’t any stabilisation either, so you’ll need steady hands.

The Vivo V7 is fitted with a 3000mAh battery, which lasted 10 hours, 56 minutes in our HD video loop test. With regular use, we easily managed to go a full day and then some on a single charge, which is good. There’s no fast charging support but the battery does fill up pretty quickly with the bundled adapter and we were able to get to around 60 percent in little more than an hour. The usual battery usage graph in the Settings app is missing, and does’t seem to have been moved to any other section or even Vivo’s own iManager app. This seems to be a quirk of the custom skin. You could download a third-party battery manager and see the same information, but we don’t see any reason not to have the native functionality.

In our experience with the Vivo V7, we found that the front camera does a good job of taking selfies, and the design is familiar but still more manageable compared to the V7+. Battery life is also good, despite the slight reduction in capacity. On the other hand, the competition is pretty fierce, and so a plastic body and HD screen don't really cut it anymore. Vivo’s interface is also starting to feel dated , and it's time the company overhauled it and also made it lighter.

For these reasons, the Vivo V7 feels a little overpriced. You could consider going with the Oppo F5 (Review) or the Moto X4 (Review) which are both priced at around Rs. 20,000 and feel more premium.