Smartphones targeted at selfie-obsessed users aren't a new thing anymore. Brands including Gionee, Oppo, and Vivo have consistently been launching selfie-focused smartphones in India, which sport front camera enhancements. However, it isn't enough to be good at just one thing. Vivo's V5 series has been fairly popular, and the company is extending the series further. The new Vivo V5s is the third smartphone in the range, following the more affordable Vivo V5 and the premium Vivo V5 Plus.

The new Vivo V5s looks identical to the Vivo V5 Plus, which isn't bad considering that it sells for less. With a decent set of specifications and a 20-megapixel front camera, the Vivo V5s makes for a capable mid-range handset. But is that enough to make it the best selfie smartphone in its category? We try to find out.

Like we mentioned earlier, the new Vivo V5s closely follows the design cues of the Vivo V5 Plus (Review), and it actually looks quite impressive. The faux-metal finish at the back feels solid, though it isn't anywhere close to the metal of the V5 Plus. There are minor differences like the absence of dual front cameras on the V5s. The rear panel also sports iPhone 7-like antenna lines around the top and bottom edges instead of running across the back. The new Vivo V5s may be seen as an upgrade to the Vivo V5 (Review) in terms of specifications, and it definitely feels better in the hand, making it seem like a "lite" variant of the Vivo V5 Plus.

At 7.55mm, the Vivo V5s isn't the slimmest phone in its price category, though the 154g weight is manageable. Despite featuring a 5.5-inch screen, the Vivo V5s never seemed hard to use with just one hand, and we noticed that our thumb was able to reach all four corners. The fingerprint scanner is placed on the front and is easy to reach. From the back, this phone looks an exact copy of the Vivo V5 Plus and it can be hard to distinguish the two when they are placed side-by-side. The front has no branding, but there's a Vivo logo in the middle of the back. The Vivo V5s has been launched in Matte Black and Crown Gold options.

The physical buttons for power and volume are placed on the right, and we liked their tactile feel. The hybrid dual-SIM slot is located on the left. The bottom has a speaker grille, Micro-USB port, and 3.5mm audio socket. The Vivo V5s features a 5.5-inch HD (720x1280 pixels) IPS display with 2.5D curved-edge Gorilla Glass for protection, and a density of 267ppi. The screen is bright and text appears crisp. Sunlight legibility is decent and there is an eye protection mode to filter out blue light. The screen is good for watching videos and playing games, but we do think that a full-HD resolution would have been more appropriate. One of the biggest dealbreakers about this phone could be the HD screen resolution at this price.

The Vivo V5s comes with the standard documentation, earphones, a Micro-USB cable, a power adaptor, a SIM ejector tool, and a transparent case. Additionally, there is a screen protector fitted on it out-of-the-box which some people might like and others might not. Overall, the Vivo V5s managed to impress us in terms of design though it can't match the solid feel of the Vivo V5 Plus. 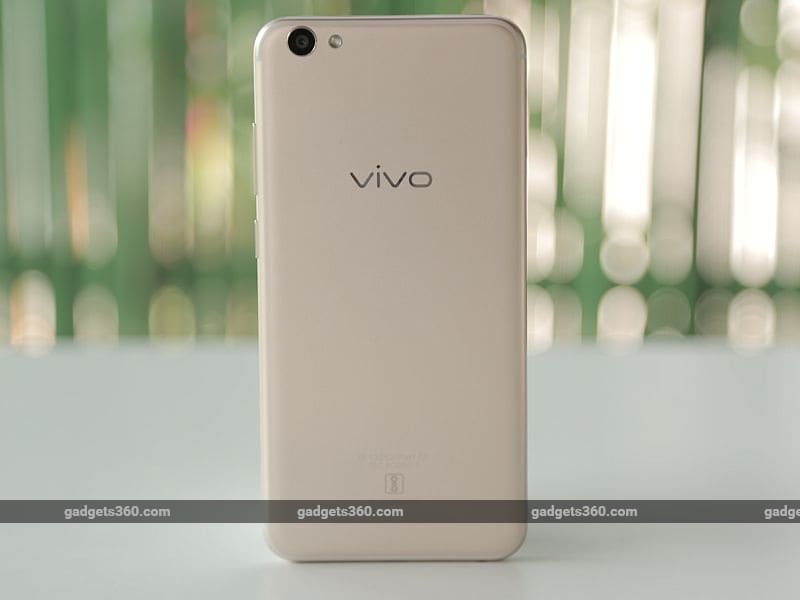 Under the hood, the Vivo V5s is powered by an octa-core MediaTek MT6750 SoC coupled with 4GB of RAM. To recall, the Vivo V5 is powered the same processor. The V5s has 64GB of storage that's expandable using a microSD card (up to 256GB) in the hybrid dual-SIM slot. The highlight of the specifications is the 20-megapixel front-facing camera that packs Sony's IMX376 sensor and a 5P lens system with an f/2.0 aperture. The front camera also has a 'Moonlight Glow' front flash. There's a 13-megapixel rear camera with PDAF technology.

The phone has a dedicated AK4375 audio DAC which improves sound quality, according to the company. Connectivity options on the Vivo V5s include 4G VoLTE, Bluetooth 4.0, Wi-Fi ac, and GPS/ A-GPS. Sensors include an accelerometer, an ambient light sensor, a digital compass, a proximity sensor, and a virtual gyroscope. There is a non-removable 3000mAh battery.

The phone runs on Funtouch OS 3.0 which is based on Android 6.0 Marshmallow, and we were slightly disappointed to see that Nougat isn't being offered. There's no confirmation of an update either. Several other smartphones at around this price level come running Android Nougat out-of-the-box, including the Moto G5 Plus, Tecno i7, and Gionee A1. This phone hasn't even received the Google Assistant feature which many other phones running Marshmallow have.

The iOS-styled Funtouch OS takes a lot of inspirations from Apple. We get a quick settings panel that can be pulled up by swiping upwards on the screen. Swiping down opens up a toolbar for searching through apps, files, and folders stored on the device. The Vivo V5s runs the same version of Funtouch OS seen earlier on the Vivo V5 Plus, and there's no visual change in the interface. The app icons and the themes are heavily customised. There are some interesting touches software from Vivo in like the App Clone feature, which lets users create a second instance of any app. Notably, users can use the two app instances to log into different accounts., with Whatsapp, Line, BBM, WeChat, Zalo, and Viber currently supported.

Vivo has tried integrating split-screen multitasking with what it calls Smart Split 2.0. The feature basically lets you run two apps simultaneously, and currently supports limited apps including Facebook, the default messages app, WeChat, Whatsapp, YouTube, VLC for Android devices, and MX player. During the review period, we found that this was easy to use. Some of the other software enhancements include a one-handed mode that shrinks the display to one corner of the screen for quick access; Smart Click, which allows turning on the flashlight or launching the camera by just long-pressing a volume button; and Smart Motion, which lets you activate a bunch of gestures to control various functions.

As previously seen on the Vivo V5 and V5 Plus, the V5s also comes with tons of preloaded apps which cannot be deleted, including i Manager, i Music, V-Appstore, Vivo Cloud, and i Theme which were all were redundant for us. There are some third-party apps as well including WPS Office, UC Browser, and Amazon. 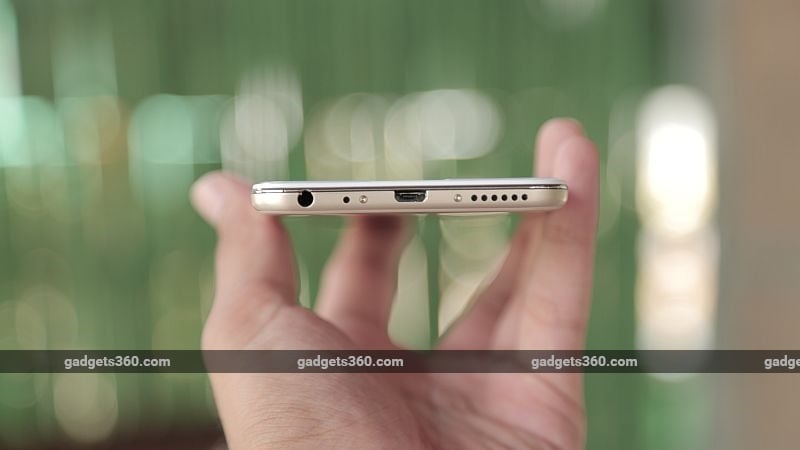 The Vivo V5s does a decent job when it comes to general operations like multitasking or running apps smoothly. We had no issues in switching from one app to another, and gaming performance was also impressive. Games like Asphalt 8, Subway Surfers, and Dead Trigger 2 ran smoothly. During our review, we found that 4GB RAM was sufficient for most tasks, and there was usually around 2.3GB of RAM free when the phone was idle. Unlike many phones at around the same price such as the Gionee A1, the Vivo V5s doesn't heat up much except while using the camera and when gaming for a long time.

Our test videos played without any glitches, and sound quality from the speaker was impressive. Music played through the bundled earphones sounded quite good, but we wish that Vivo shipped in-ear earphones rather than the simple ones in the box, to take advantage of the DAC.

In terms of benchmarks, AnTuTu and Quadrant returned scores of 49,912 and 28,109 respectively. Graphics scores were decent as well, with 21fps in GFXBench and 5,160 points in 3DMark Ice Storm Extreme. The phone supports 4G on both SIMs though only one at a time. The Vivo V5s can work with VoLTE, and call quality is good. The multimedia experience is satisfactory though a full-HD resolution might have made it better.

The Vivo V5s smartphone's biggest highlight is its 20-megapixel front camera, which fares well in all kinds of situations. Selfies taken in broad daylight or with sufficient light manage to show good amount of detail and proper colours. Ones taken in low light have noise at the corners but are still better than what we get from other phones in the same price segment which claim to offer an enhanced selfie camera. You can always touch up your shots with the Face Beauty Mode 6.0. There's a group selfie mode that lets you take panoramic shots.

The 13-megapixel rear camera on the Vivo V5s impressed us as well. It's quick with focusing, and manages to capture some good detailed shots. We noticed slight distortion at the edges, which was disappointing. Keeping the HDR mode on prevents images from getting overexposed in harsh lighting conditions. Macro and landscape shots taken with the Vivo V5s are also decent. 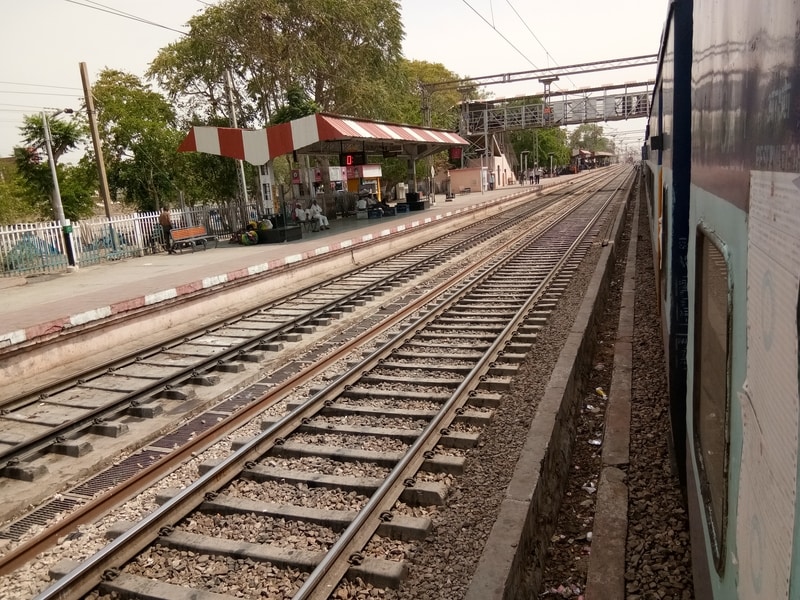 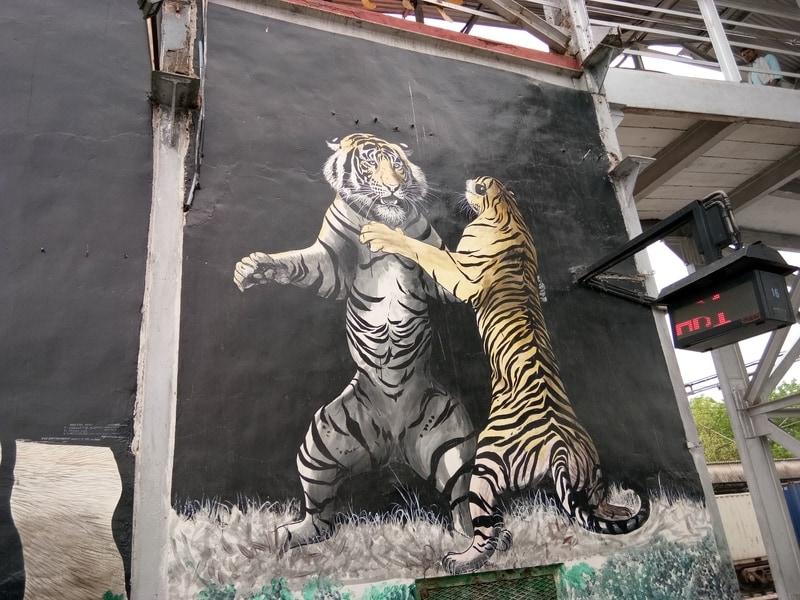 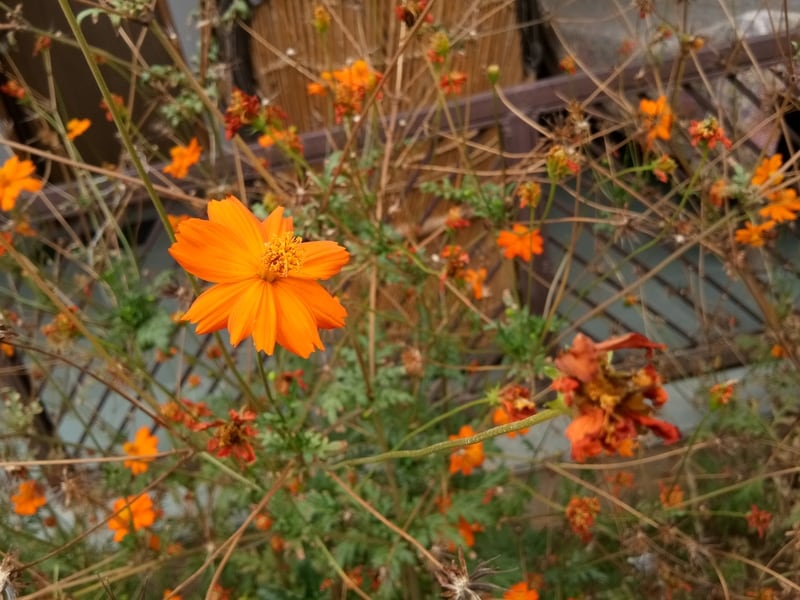 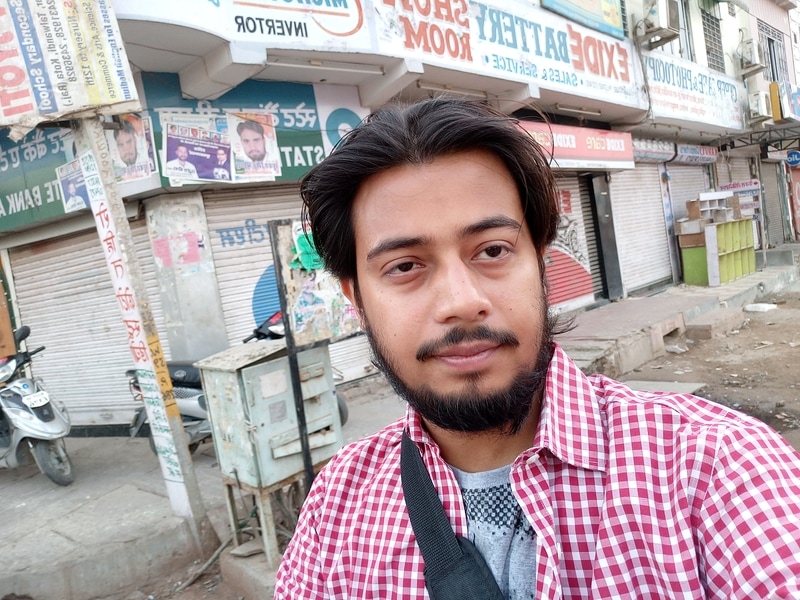 We liked the Vivo V5s camera interface which has all options just a tap away. The V5s can record videos at 1080p and the quality is good. Overall, the rear camera on the Vivo V5s manages to impress even considering that it isn't a feature that's being marketed by the company.

The phone packs a non-removable 3000mAh battery which managed to run for 12 hours, 45 minutes in our HD video loop test, which is quite impressive for a battery of this size. In real-world usage, the phone manages to last over a day with heavy usage; with light usage could make it last a day and a half before you need to recharge. We found that the V5s took slightly less than 90 minutes to charge fully from zero, which isn't bad at all, considering fast charging support is not listed as one of the features.

Verdict
The Vivo V5s can be seen as an improvement over the Vivo V5. The phone impressed us with its general performance, battery life, and camera quality. The HD display and the fact that it still runs the now-dated Android Marshmallow are our two main complaints. The excessive bloatware was also disappointing. Compared to the Oppo F3 and Gionee A1 (Review) - two of this phone's closest competitors - the Vivo V5s offers better selfies and is also more affordable at its price of Rs. 18,990. If you're not that obsessed with selfies, there are better all-rounders at this price or less.