If you thought we were done with the selfie craze, think again. The battle is still between mid-range smartphone manufacturers is still raging, and Vivo has a new player, called the Vivo V5. Given its positioning in the market, the phone will compete directly against the likes of the Gionee S6s (Review) and the Oppo F1s (Review).

The Vivo V5 is the newest addition to Vivo's V-series, right after the Vivo V3 (Review) and Vivo V3Max (Review). The V3 and V3Max offered good performance and battery life but faltered when it came to their cameras, clunky UI, and pricing. Let's see if Vivo has improved on these fronts with the Vivo V5.

Vivo V5 design and build
The design of the Vivo V5 makes it look like a mashup of many popular phones in the market. There's an unmistakable iPhone 6 influence in the back of the phone, and from the front, it could pass off as a OnePlus 3 or an Oppo model. Oddly, this works in Vivo V5's favour so we really don't mind. Build quality is good, with Corning Gorilla Glass protecting the display and the faux-metal chassis blending together very well. We also love the fact that it's slim and light, at just 154 grams, though we would have preferred real metal here.

The 5.5-inch IPS display is bright with good colour saturation, which almost makes it look like an AMOLED panel. The resolution of the screen is only HD but this doesn't affect its performance too much as text is still fairly sharp and there's barely any jaggedness around icons. The Vivo V5 comes with backlit capacitive navigation buttons, and a fingerprint sensor is integrated into the Home button. The sensor was incredibly quick at authenticating us and always worked accurately. You can even use it to lock apps, in addition to unlocking the phone. 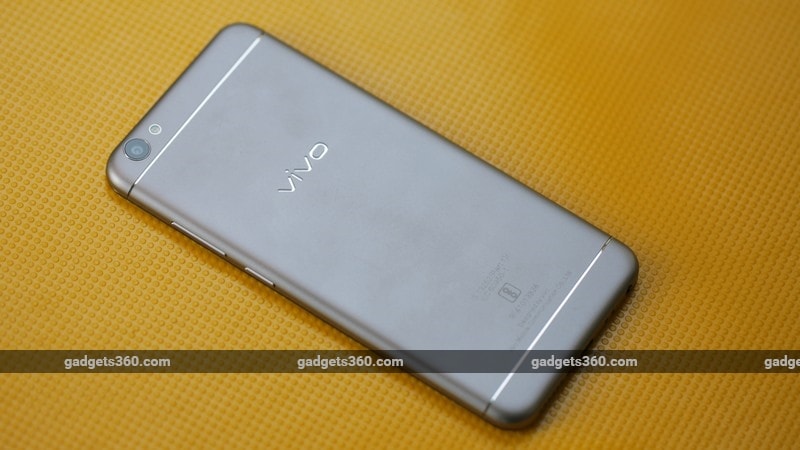 The Vivo V5 has an ergonomic design and despite its slim profile, it offers decent grip. The bottom of the phone is quite busy as the headphones socket, Micro-USB port, and speaker grille are all lined up here. The back has a matte finish but it still managed to attract plenty of fingerprints and smudges during our review period. There's a dual-SIM tray on the left, which can accommodate a microSD card (up to 128GB) in the second slot. In the box, you get a 10W charger which feels unnecessarily large, a data cable, a silicone case, a headset, and a SIM ejector tool.

Vivo V5 specifications and features
The V5 is powered by an octa-core MediaTek MT6750 SoC, which is the same one used by the Oppo F1s. Along with it, you get 4GB of RAM and 32GB of storage, which is plenty to ensure a smooth Android experience. We didn't notice any performance issues when we played with this phone for a bit at its launch, and even after using it for a few days, that still holds true. In benchmarks, we got an AnTuTu score of 40,916, while GFXbench returned 21fps in the graphics test.

Other features of the Vivo V5 include Wi-Fi 802.11 b/g/n, Bluetooth 4.0, USB OTG, GPS, and FM radio. Vivo ships the V5 with FunTouchOS 2.6, which is now based on Android Marshmallow. Other than features like Now on Tap and the battery optimisations brought upon by Android 6.0, it's impossible to tell the version of Android you're running due to Vivo's extensive redesign. With most companies now moving away from heavy customisations, Vivo is among a handful of companies with a custom OS, though the trend is definitely more popular with Chinese companies. Vivo V5's software looks and functions just like it did on the previous V-series phones, which isn't necessarily a good thing. 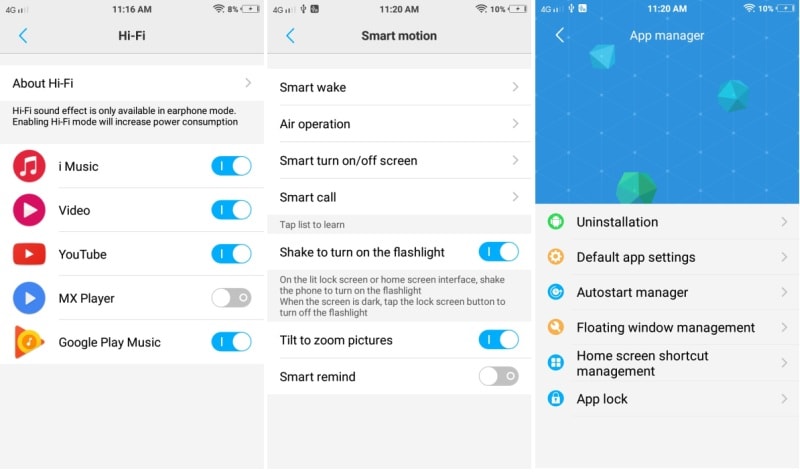 The iOS-inspired layout can be quite confusing for a first-time Vivo owner. The recent apps screen and toggle switches have been moved to a carousel which you access by swiping upwards from the bottom. A short press on the left capacitive button brings up a homescreen customisation menu, including the widgets, transition animations, and an option to hide a particular app from the home screen. The trouble here is that this menu is quite tiny, and it's hard to gauge certain widgets. The drop-down shade is used only for notifications. Other features on the Vivo V5 are pretty much identical to those covered in our earlier Vivo V3 review, including gestures for glancing at notifications from the lockscreen, and a split-screen view when you get an incoming message in the video player.

Vivo also throws in some one-handed gestures for the lock screen PIN keypad, and you can even shrink the screen down to make it more accessible with one hand. There's a one-handed mode for the TouchPal keyboard too but it didn't seem to work. Thankfully, you can just get Google Keyboard, which has this feature and is works much better.

Vivo V5 performance
One you get acquainted with Vivo's spin on Android, it's not too bad to live with. We used it for a few days and were happy with the phone's performance in general. Loading times for apps on the Vivo V5 are relatively short and there aren't any visible signs of a performance bottleneck when multi-tasking. You can do a bit of gaming too, although some high-end games like Asphalt 8: Airborne need their graphics settings reduced a bit for the best experience. What we really loved though, is that phone rarely heats up. Even while benchmarking, the Vivo V5 would get slightly warm at best. Call quality is good and 4G works well. The Vivo V5 supports VoLTE as well. 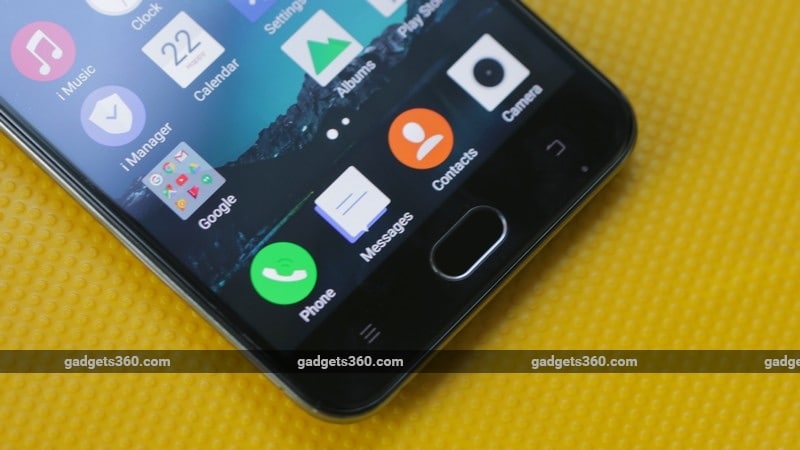 Just like earlier Vivo offerings, high fidelity audio plays a big role here. The Vivo V5 is fitted with an AK4376 audio chip, which is custom made by the company. You can enable this from the 'Hi-Fi' option in the settings app, which works when you plug headphones in. The default apps like the music and video players and some third-party apps including MX Player, YouTube, and Google Play Music can take advantage of this, but others like Apple Music aren't supported. There is a noticeable difference in audio quality as the volume level is higher and soundstage is wider, with a warmer sound.

The highlight feature of the Vivo V5 is its front-facing 20-megapixel camera, which boasts of a Sony IMX376 sensor with f/2.0 aperture, and a fixed-focus lens. It supports full-HD video recording and Face Beauty shooting mode. In daylight, the sensor manages highly detailed selfies with very good colour reproduction. However, indoor shots under artificial lighting are grainy and there's a noticeable loss in quality. There's quite a bit of shutter lag too, which makes photographing moving subjects a real challenge.

The V5 also has what's called called a 'moonlight flash', which shines a continuous beam of diffused light to illuminate your face. It's not too powerful if you're holding the phone at a distance but it does a better job at lighting you up than a typical LED flash or a screen flash. The quality of selfies in low light is once again a bit of hit and miss. You can finetune your selfie with the 'One-tap makeover' option. 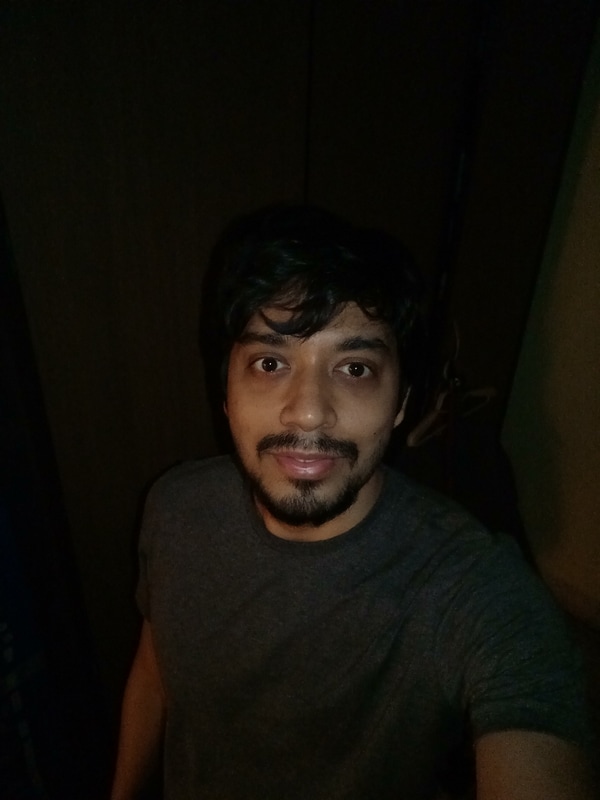 After using the primary camera of the Vivo V5, it became pretty obvious that Vivo hasn't paid as much attention to it as the one in front. The quality of photos is strictly average. In daylight, landscapes lack detail, while macro shots just don't look sharp, even after a lot of trying. Colour reproduction is alright but there is visible chromatic aberration around the edges of objects. Low-light shots are sub-par with lots of colour noise and poor details.

Video recording maxes out at 1080p, and apart from there being no stabilisation, quality is good. Shooting modes include panorama, HDR, night, professional, PPT, slow-motion and hyperlapse. The iOS influence extends to the camera app too, as the old logo for Siri is now the shutter button.

The Vivo V5 is fitted with a non-removable 3000mAh battery that lasted 11 hours and 41 minutes in our video loop test. With regular use, we easily managed more than a day and a half of active usage. The phone has very good standby time, so if you aren't a very active user, you could potentially stretch it to two days on a single charge. Fast charging isn't supported, but the 10W charger can get you up to a 25 percent charge in an hour. It isn't much, but it's not painfully slow either.

Verdict
The Vivo V5 is a step up from its predecessor but fails to strike a decisive blow against the competition. The marque feature of this phone is its 20-megapixel front camera, which seems impressive, but isn't actually ground-breaking in any way. The high megapixel count feels unnecessary, unless you plan on printing A4 size posters of your selfies.

The Vivo V5 does have a few redeeming qualities though, like the display, excellent battery life, and snappy Android performance. However, at Rs. 17,980, you're better off with the Oppo F1s (Review), which shares these same qualities, but is also built better and has a much better set of cameras. The Gionee S6s is also a good alternative if you want to spend a bit less. If you don't mind waiting for a little while, you could also grab the upgraded F1s, which will have 4GB RAM and 64GB storage, at Rs. 1,000 more in December. 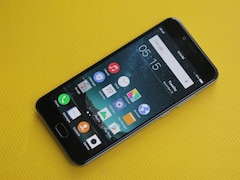 Further reading: Vivo V5 review, Vivo V5 specifications, Vivo V5 price, Vivo V5 price in India, Vivo V5 features, Vivo V5 selfie smartphone, selfie smartphone, Android smartphones
Roydon Cerejo Email Roydon Roydon Cerejo writes about smartphones and laptops for Gadgets 360, out of Mumbai. He is the Deputy Editor (Reviews) at Gadgets 360. He has frequently written about the smartphone and PC industry and also has an interest in photography. With over a decade of experience covering the consumer technology space, he is also an avid sci-fi movie and TV show geek and is always up for good horror flick. Roydon is available at roydon@gadgets360.com, so please send in your leads and tips. More
Demonetisation: Prasad, Goyal Discuss Strategy to Boost Cashless Transactions
How Walnut Rode Demonetisation Wave to the Top of Google Play Charts