Vivo has long catered to the mainstream segment, with all its phones in the recent past being priced under Rs. 20,000. Parent company BBK Electronics has so far used the Oppo and OnePlus brands to cater to the premium and power-user crowds. With the Vivo V5 Plus priced at Rs. 27,980, Vivo appears to be breaking convention.

Here, with its price tag, the Vivo V5 Plus is encroaching dangerously on OnePlus 3T's territory. While both smartphones are positioned very differently, for the end user, it all boils down to which device offers the most value. The Vivo V5 Plus is positioned as the 'ultimate' selfie smartphone but is that a good enough reason to ignore a flagship-level alternative? We’re curious to know if the V5 Plus can convince us.

Vivo V5 Plus design and build

The design of the Vivo V5 Plus doesn’t stray too far from that of the Vivo V5 (Review), with its singular home button with fingerprint reader below the screen, and cluster of sensors, notification LED and a fill light above. It’s no secret that Vivo and Oppo love mimicking Apple’s hardware and software designs, and this continues in full swing with this latest model. The antenna bands on the Vivo V5 Plus look identical to the ones on the new iPhone 7. The full metal back feels sturdy, and we quite like the soft gold finish on the phone. The fit and finish of the chassis and buttons feels top notch, so no complaints here.

The SIM tray is placed on the left and can accommodate two Nano-SIM cards. However, it isn't the hybrid type and there is no dedicated slot for a microSD card either. At the bottom, we have a Micro-USB port, headphone socket and speaker. The Vivo V5 Plus offers decent grip and is fairly slim and light, weighing in at 158 grams. 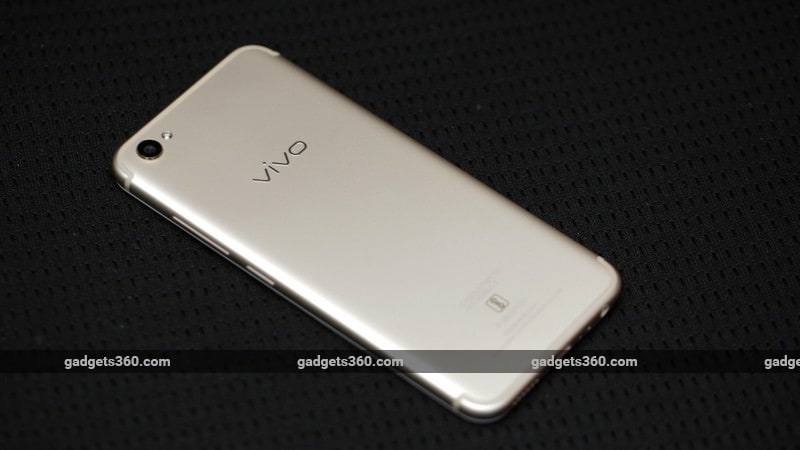 The 5.5-inch IPS display on the Vivo V5 Plus is bright, with good touch sensitivity. Sharpness is also good thanks to the full-HD resolution. There are no colour correction options in the Settings app but you do get an eye-protection mode, which turns the screen amber. Colour saturation is good and the display also gets Corning Gorilla Glass 5 for protection.

In the box, you get an 18W/10W adapter, data cable, headset, case, screen guard and SIM ejector tool. Overall, the Vivo V5 Plus scores well in the design and build quality departments, just like previous offerings in this series. Although there’s a decent amount of onboard storage, the lack of expansion might be a sore point for some.

The core specifications of the Vivo V5 Plus include a Qualcomm Snapdragon 625 SoC, 4GB of RAM, and 64GB of storage, which is good combination. However, we wouldn’t really call it impressive considering Xiaomi offers the exact same configuration in its Redmi Note 4 (Review) at less than half this price.

In addition to this, the Vivo V5 Plus also features Bluetooth 4.0, dual-band Wi-Fi b/g/n, GPS and USB-OTG. There's an AK4376 audio DAC for better sound quality. There’s no NFC, Wi-Fi 802.11ac or even FM radio. It’s a little unfortunate to not have the newer Type-C USB connector too. In terms of sensors, we have the usual suspects along with a gyroscope. The Vivo V5 Plus also supports 4G on both SIM slots along with VoLTE. 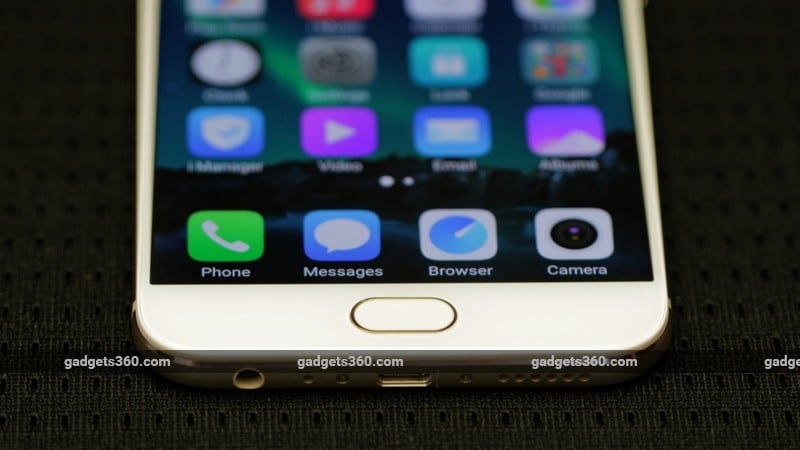 The Vivo V5 Plus runs on Funtouch OS 3.0 which is based on Android Marshmallow 6.0.1. The resemblance to iOS is evident in the stock icons and the Control Centre-like panel which pops up from the bottom. There’s a host of preinstalled apps from Google, including Duo, and some third-party ones like WhatsApp, UC browser and WPS Office. Vivo also throws in some of its own apps like Themes, Vivo Cloud, and a manager app for permissions, app locking, etc. You can read about all the gesture-based features of the phone in our Vivo V5 review.

While the software will take some getting used to if you’re coming from stock Android, we wish the Vivo V5 Plus at least shipped with Android Nougat, as Marshmallow is a bit dated now.

With a Snapdragon 625 powering the Vivo V5 Plus, the going is pretty smooth despite Vivo's heavy Android skin. Multitasking is handled well and we didn’t notice any major stuttering in animations. The fingerprint sensor is very quick at authentication and you can use it to lock apps in addition to just unlocking the phone. In benchmarks, the Vivo V5 Plus puts on a good show too scoring 59,594 in AnTuTu and 22fps in GFXbench. The phone manages to keep its cool when performing stressful tasks like recording 4K video and gaming. The upper portion gets a bit warm, but that’s about it.

The SoC is capable of 4K video decoding, and most other media formats play just fine. There’s a ‘Smart Split’ mode which lets you view an incoming message from Facebook, WhatsApp, or Facebook Messenger without moving out of the video player. This also works with MX Player, YouTube, and Google Play Movies. The mono speaker on the Vivo V5 Plus is not too bad for media and can get pretty loud, but it's still not as good as having stereo speakers. The onboard DAC can be toggled on or off using a Hi-Fi icon in the music and video player apps, if you have wired earphones connected. One look at the bundled headset confirms Vivo's Apple influences, as they look identical to the Apple's headset. Audio quality is however pretty terrible.

The front camera is the star of the show here and so we begin with that. The Vivo V5 Plus uses a 20-megapixel sensor with an f/2.0 aperture and an additional 8-megapixel sensor for depth. The latter is used to generate a bokeh effect in the camera app by separating you from the background. You can adjust the aperture depending on how shallow you want the depth-of-field effect to be. The effect is actually pretty cool, and the 20-megapixel camera manages some detailed selfies, even in low light. You also get other modes like Auto HDR and Face Beauty, and the fill light helps when it's dark. 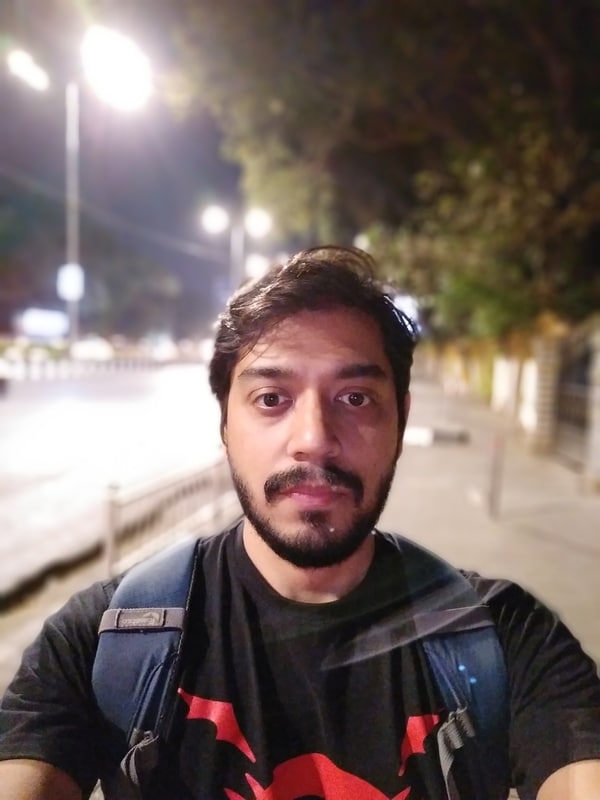 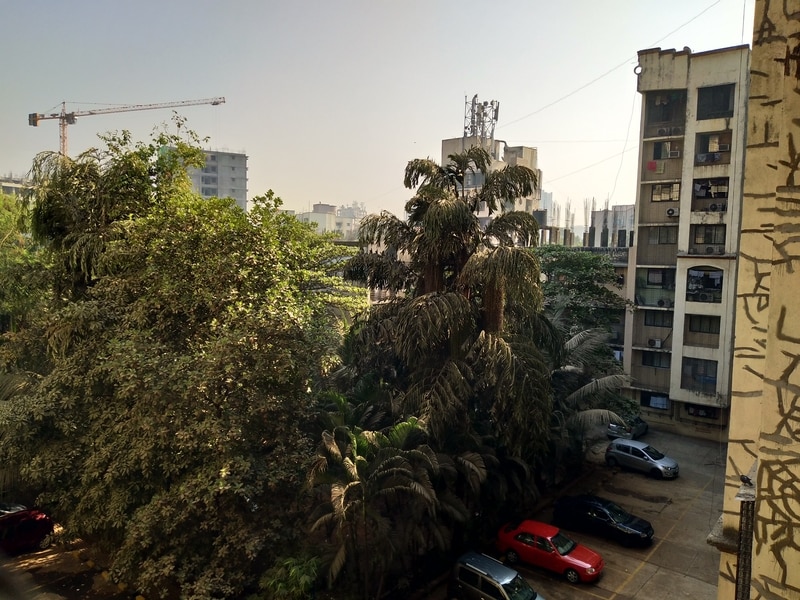 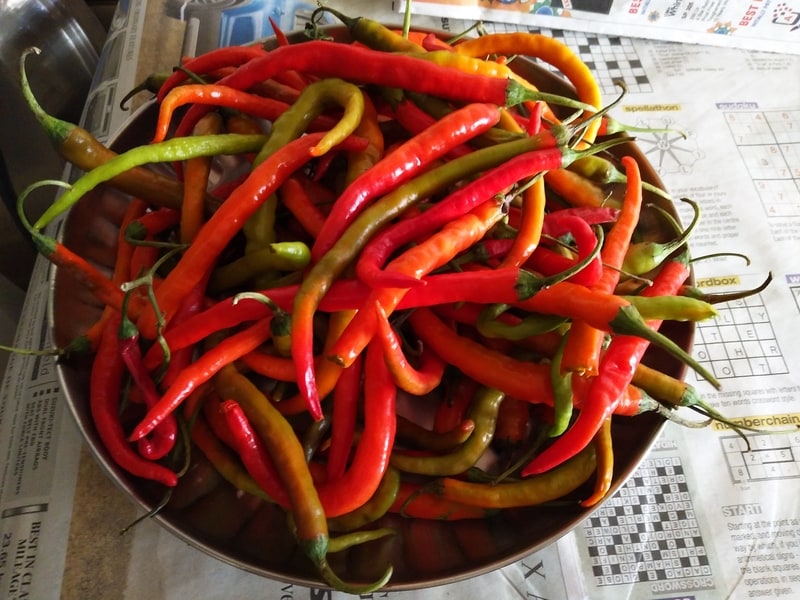 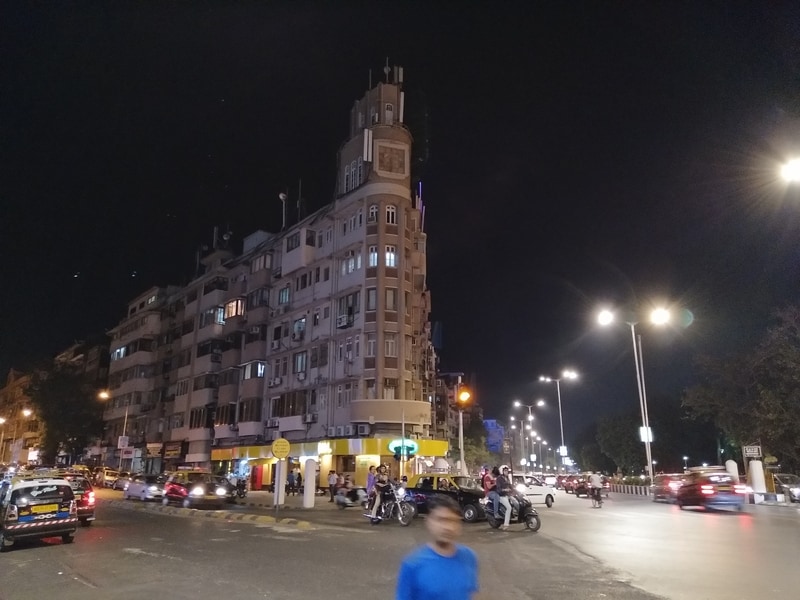 The rear camera on the V5 was pretty weak, but the Vivo V5 Plus fixes this problem. The 16-megapixel sensor captures fairly detailed macros and landscapes shots. We had some intermittent trouble with white balance, but the app gets it right for the most part. Low-light performance was not too bad -  the level of detail dips a bit and distant objects appear a bit fuzzy when you zoom in, but overall, it’s a definite step up from its predecessor.

Video recording is handled well with 4K also thrown in as an option. Other shooting modes on the V5 Plus  like Night, PPT, Pro, and Ultra HD are similar to those on previous Vivo phones.

The Vivo V5 Plus has a non-removable 3055mAh battery which easily goes a full day on a single charge. In our HD video loop test, we managed 10 hours and 53 minutes, which is pretty good. Fast charging is supported in the form of Vivo's ‘Dual-Charging Engine’ technology, which features two microchips to handle higher current. Using this, we were able to achieve a 43 percent charge in about half an hour. Verdict
Chinese smartphone makers have set a precedent for delivering products with solid specifications at highly affordable prices, which is exactly what Vivo has been doing for a while now. The V5 Plus is a bold move from the company because it dares to break this tradition. However, we don’t think this phone really warrants its premium price tag, especially when the competition can deliver a similar package for a lot less money.

The Xiaomi Redmi Note 4 is probably not the best example here since Xiaomi only sells it online so it doesn’t have to deal with overheads from distributors, sub-distributors, retailers, etc. But even with these overheads, we fail to see why the Vivo V5 Plus price should shoot up this high. Despite the premium, the V5 Plus still misses out on some features like USB Type-C, NFC, Wi-Fi ac, expandable storage, and even FM radio, a feature still favoured by many in India. Also, had this phone come with the top-of-the-line Snapdragon chip like the OnePlus 3T, things would have been more interesting.

Then there’s the issue with software. At the rate at which Vivo and similar brands churn out phones, you’re more likely to see a successor to the Vivo V5 Plus with Nougat before the current model gets it (if it does at all). If software updates matter to you (and they should), the OnePlus 3T is a better option for only a bit more money. It may not have the Vivo V5 Plus' fancy dual-camera setup but it still manages a good job with selfies and excels in other areas where the V5 Plus misses out.

Love Selfies? Make Sure Your Next Phone Has These Features

The Vivo V5 Plus would have been a strong addition to the V-series if it had been priced at about Rs. 20,000, which is what we think is justified given this phone’s capabilities. However, at Rs. 27,980, it’s simply too expensive to pick over much better offerings like the OnePlus 3T or even the Honor 8 (Review). If you’re only after good selfies then you can go for the Oppo F1s (Review) or Vivo V5 (Review), both of which will do a very good job for much less money.

Telecom Subscriber Base in India Crossed 1.12 Billion in November: TRAI
Amazon Increasingly Wants to Be Its Own Deliveryman