Vivo recently launched a new phone in its style-centric S series, called the S1Pro. This model is a follow-up to the Vivo S1 (Review), which launched last year. Just like the its sibling, the focus for the S1 Pro is on design, in particular the new minimalistic, diamond-shaped camera module on the rear. Also, unlike the Vivo S1, the S1 Pro gets a modern USB Type-C port.

Vivo has launched just a single version of this phone, priced at Rs. 19,990 in India. This puts it against phones such as the Realme X2 (Review), Redmi K20 (Review), and a more recent entry — the Oppo F15 (Review). So, is the new Vivo S1 Pro worth buying at this price? Let's find out.

The Vivo S1 is a good-looking phone, and the S1 Pro follows that tradition. The diamond pattern on the back has gone and in its place, we have a choice of three different gradient finishes. The one we have is called ‘Jazzy Blue' but this phone is also available in ‘Dreamy White' and ‘Mystic Black' trims. The S1 Pro feels a little chunky at 8.68mm thick, and after prolonged one-handed use, the 186g weight is noticeable. The rounded edges and tapering back make it easier to hold, and despite the glossy finish, we didn't find it to be too slippery. The back isn't glass though, as Vivo still uses laminated plastic.

In the front, we have a 6.38-inch Super AMOLED display with a full-HD+ resolution. There's an in-display fingerprint sensor too, which works well. Vivo has also thrown in some nice unlock animations to choose from. Face unlock is present too, which is reliable but just not as quick as the implementations on other phones at this price level. The display has a screen protector pre-applied, which gets annoying quickly as the edges graze against your skin when using gestures. 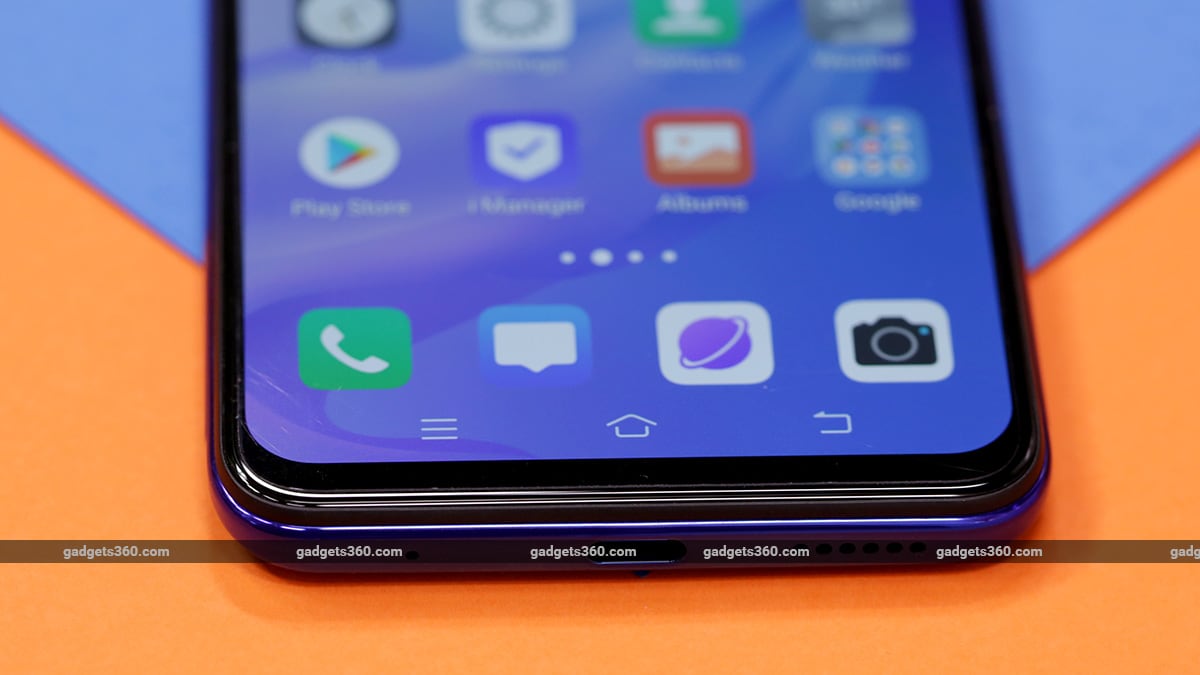 The Vivo S1 Pro has a vivid display, with good brightness and saturation

The button placement on the Vivo S1 Pro is good. On the left, there's a tray for either two Nano-SIMs or a single Nano-SIM and a microSD card. We would have preferred a dedicated slot for memory expansion. At the bottom, we have a USB Type-C port and speaker, and there's a headphone jack on the top.

The back of the phone is where the S1 Pro stands out in terms of design. Apart from the jazzy colour, we really liked the slim profile of the camera module, which barely protrudes at all. The LED flash is placed outside the camera module. Below that, we have Vivo's logo and tagline.

In the box, the Vivo S1 Pro ships with the usual accessories such as a silicone case, a Type-C cable, an 18W charger, and a headset.

The Vivo S1 Pro is powered by the Qualcomm Snapdragon 665 octa-core SoC, which we're a little surprised to see, considering that it's typically found in phones closer to the Rs. 10,000 mark, such as the Realme 5i (Review) and Redmi Note 8 (Review). This isn't a bad processor by any means, but driving a full-HD+ display in heavy games could be challenging. Thankfully, Vivo has also kitted this phone with 8GB of RAM and 128GB of storage, and this is the only configuration on sale. 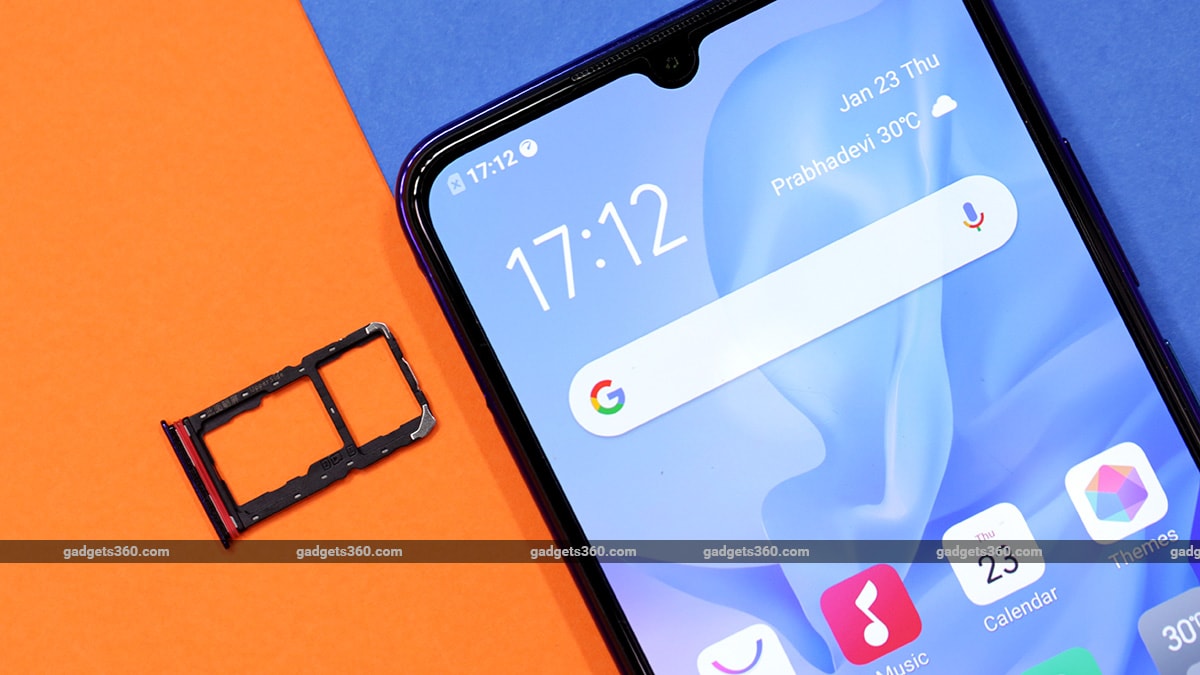 The Vivo S1 Pro has a hybrid dual-SIM tray

For software, we have Vivo's Funtouch OS 9.2, which is based on Android 9 Pie. The phone also had the December 2019 security patch, is fairly recent too. The interface is still unnecessarily complicated, and we really wish Vivo would overhaul this soon. The swipe-up gesture to access system shortcuts can be confusing for novice users, since we're used to seeing them in the notification shade. Also, when using the phone in landscape mode, the gesture still has to be made from the same side of the screen, which is annoying.

There's a lot of bloatware preinstalled on the Vivo S1 Pro, but all the third-party apps can be removed. There are some redundant ones form Vivo, such as its own browser and app store, which can't be removed. We've already covered the various shortcuts and customisation options for Funtouch OS in our earlier reviews of the Vivo V17 (Review) and Vivo U20 (Review), so you can take a look at them for more details.

The Vivo S1 Pro works well as a daily driver, and is something you'll want to show off. The design of the camera module sets it apart from the rest of the phones in its segment, most of which have similar vertical camera strips. The display gets very bright, making it easily legible even under direct sunlight. The colours are also very vivid thanks to the AMOLED panel, and text and icons are adequately sharp. The Snapdragon 665 handles multitasking well but it's not the strongest chip for handling heavy games.

PUBG Mobile struggled to run at a smooth framerate even at the Low graphics preset. The game was playable but a little jerky at times. We didn't notice any overheating, thankfully, even after 30 minutes of gameplay. The single speaker doesn't get too loud and the sound is a little tinny. Videos are enjoyable thanks to the vivid display, though. 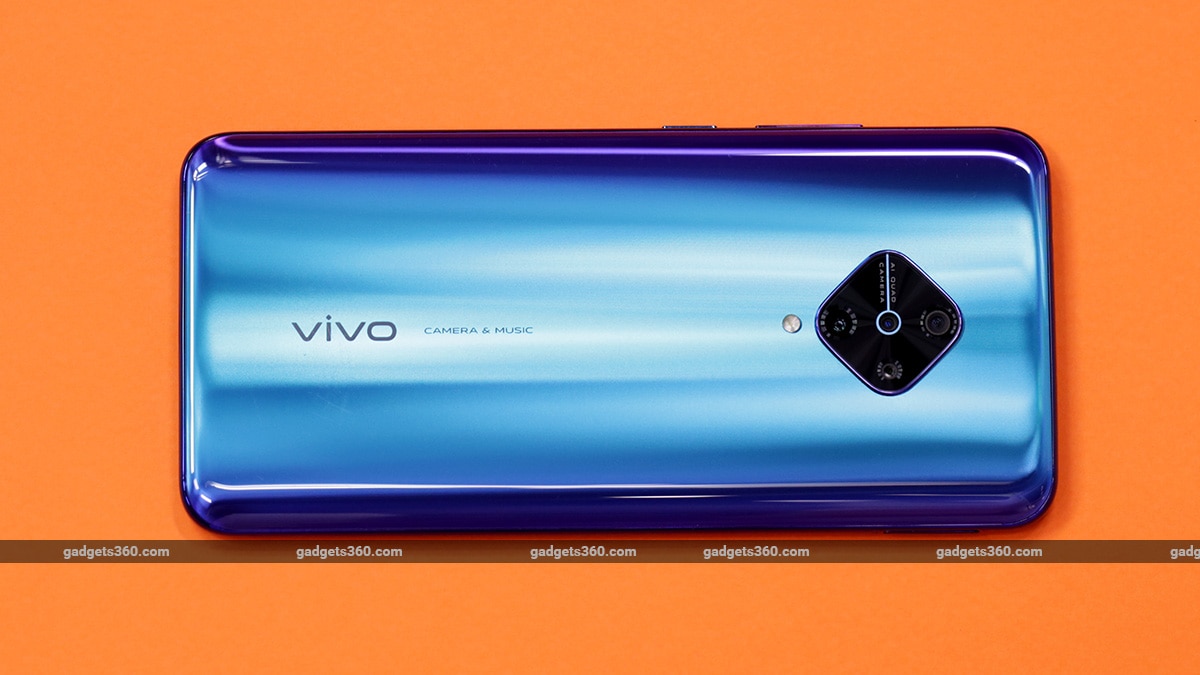 The Vivo S1 Pro looks stylish, thanks to a neat gradient finish

The Vivo S1 Pro packs in a 4,500mAh battery, which easily lasted us for a day and half, if not more, even with rigorous usage. In our HD video battery loop test, the phone ran for 17 hours and 7 minutes, which is a good amount of time. Vivo uses its Dual Engine Fast Charge feature, but the charger you get in the box isn't very quick to top up such a large capacity quickly. In our testing, we managed to get the S1 Pro to 31 percent in 30 minutes and about 61 percent in an hour. Charging the phone completely took about two and a half hours.

Vivo has set up the S1 Pro with four rear cameras. These are a primary 48-megapixel camera with an f/1.8 aperture; an 8-megapixel wide-angle camera with an f/2.2 aperture; a 2-megapixel macro camera; and a 2-megapixel depth camera. In the front, we have a 32-megapixel selfie camera with an f/2.0 aperture. The camera app is easy to use, with most of the shooting modes placed above the shutter button. Some commonly used and important controls, for the ultra-wide camera, bokeh, and macro modes, are placed in a separate carousel menu, which needs additional taps to get to. We didn't find this to be very convenient during our usage.

In daylight, the Vivo S1 Pro managed to capture average-looking landscape shots. Details were decent and colours were alright, but images lacked depth. Objects at the sides of the frame also had a bit of grain. HDR kicks in when needed, but the end result wasn't always very good. Some images had a very cool, bluish hue to them, which looked unnatural. Close-ups fared better, with good bokeh and details in objects. The wide-angle camera offered a nice perspective, but colours weren't very accurate. 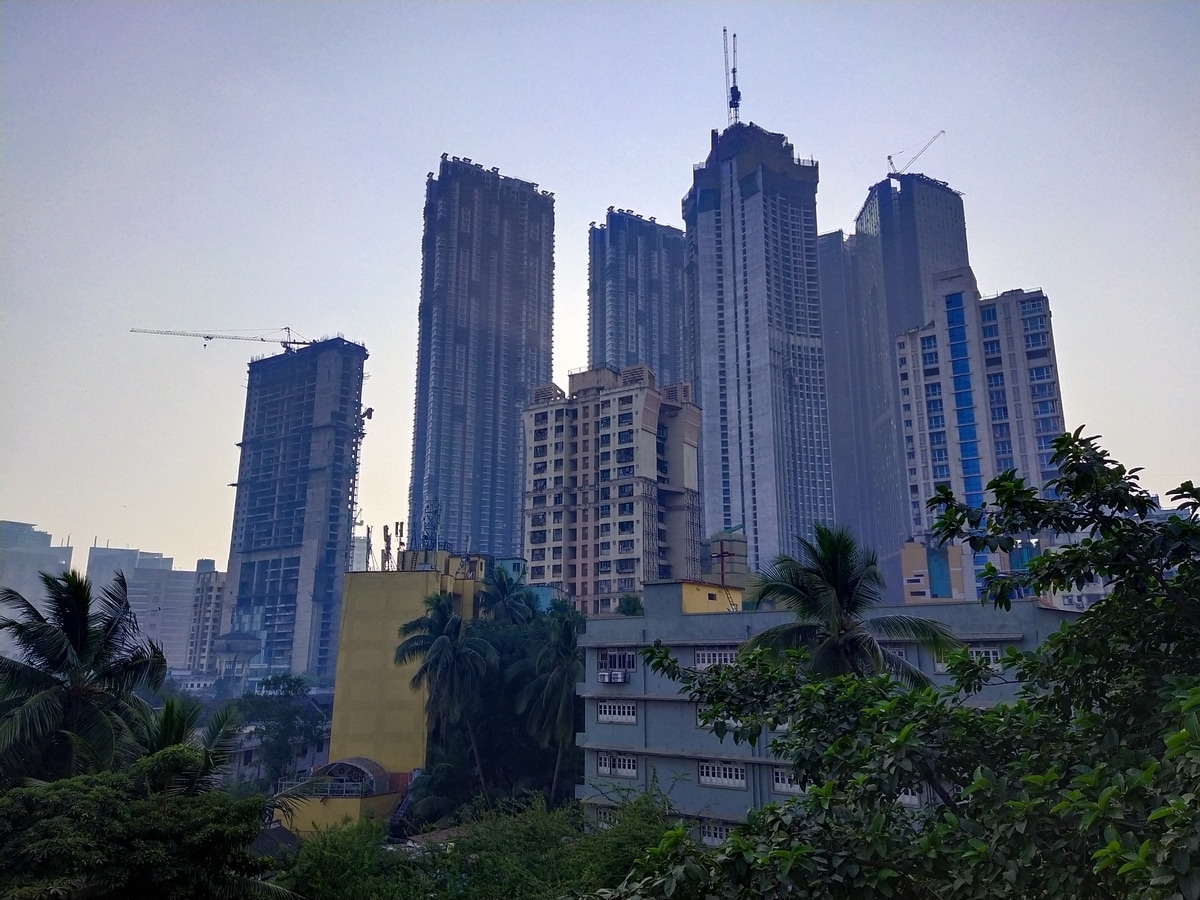 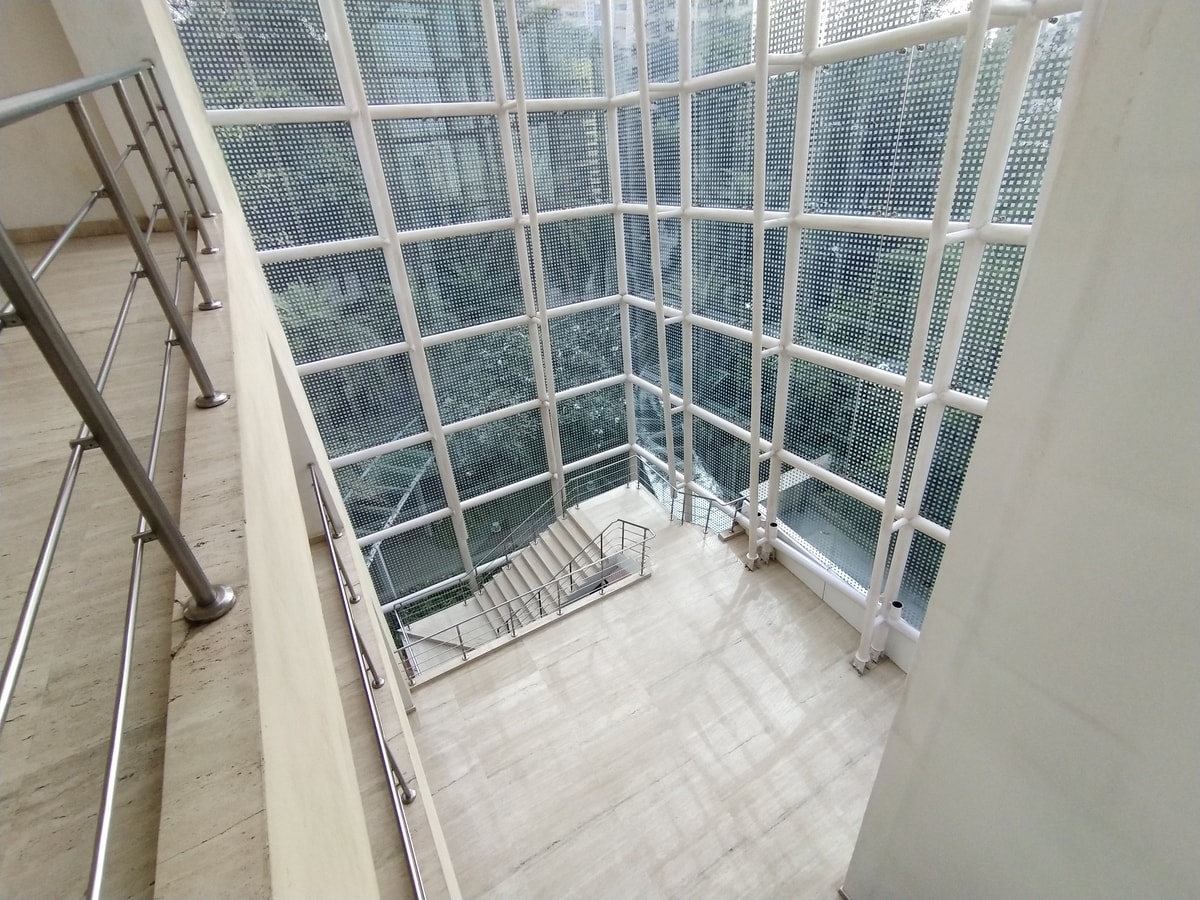 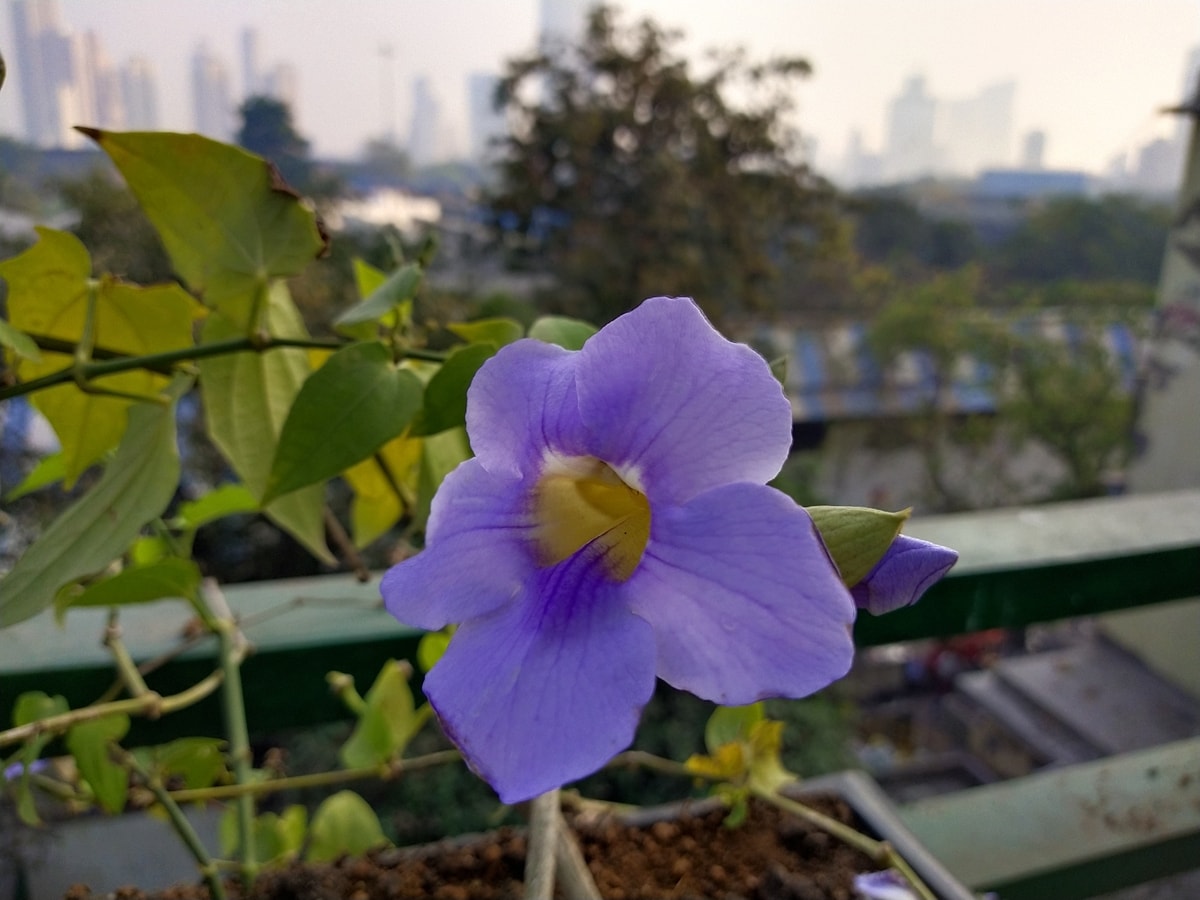 With bokeh mode enabled, the Vivo S1 Pro's depth camera did a decent job of detecting edges, and blurred out the right areas. Colours and details were also good. The macro camera was handy at times, but it's not something we found super useful.

Low-light photos were just strictly average. Focusing was a lot slower in the dark, and it took a second or two longer to save each photo. There's no dedicated night shooting mode either. In landscape shots, we noticed that details were generally mushy and there was visible grain in the shadow regions.

The S1 Pro redeemed itself somewhat with the selfie camera, which captured detailed photos when shooting under ideal light. Results were fairly good even when shooting against the light. However, the photos captured were at the full 32-megapixel resolution, instead of pixel-binned shots, which is what we'd have preferred. Low-light selfies were grainy, but the screen flash can help a bit. The ‘Portrait' shooting mode lets you add beauty filters but there's no option for a background bokeh effect with the front camera. 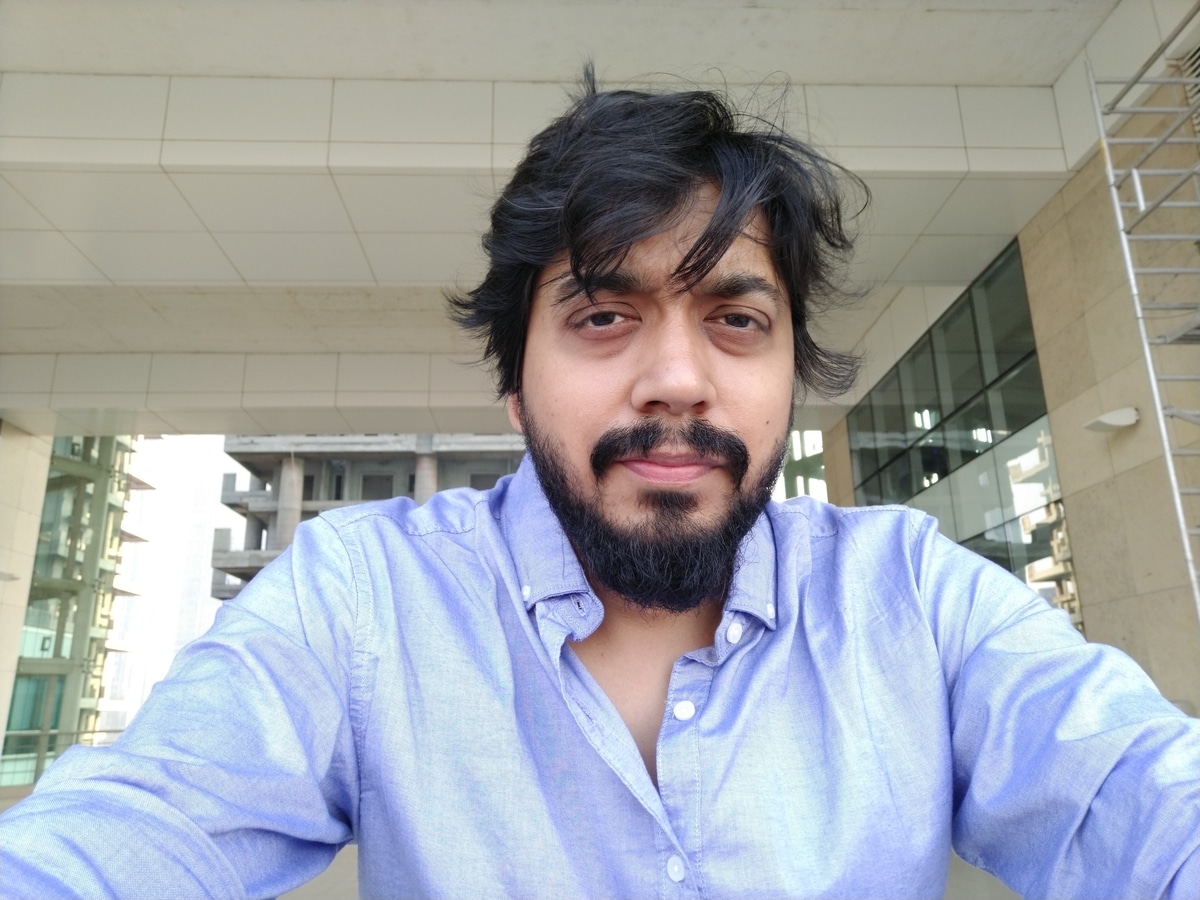 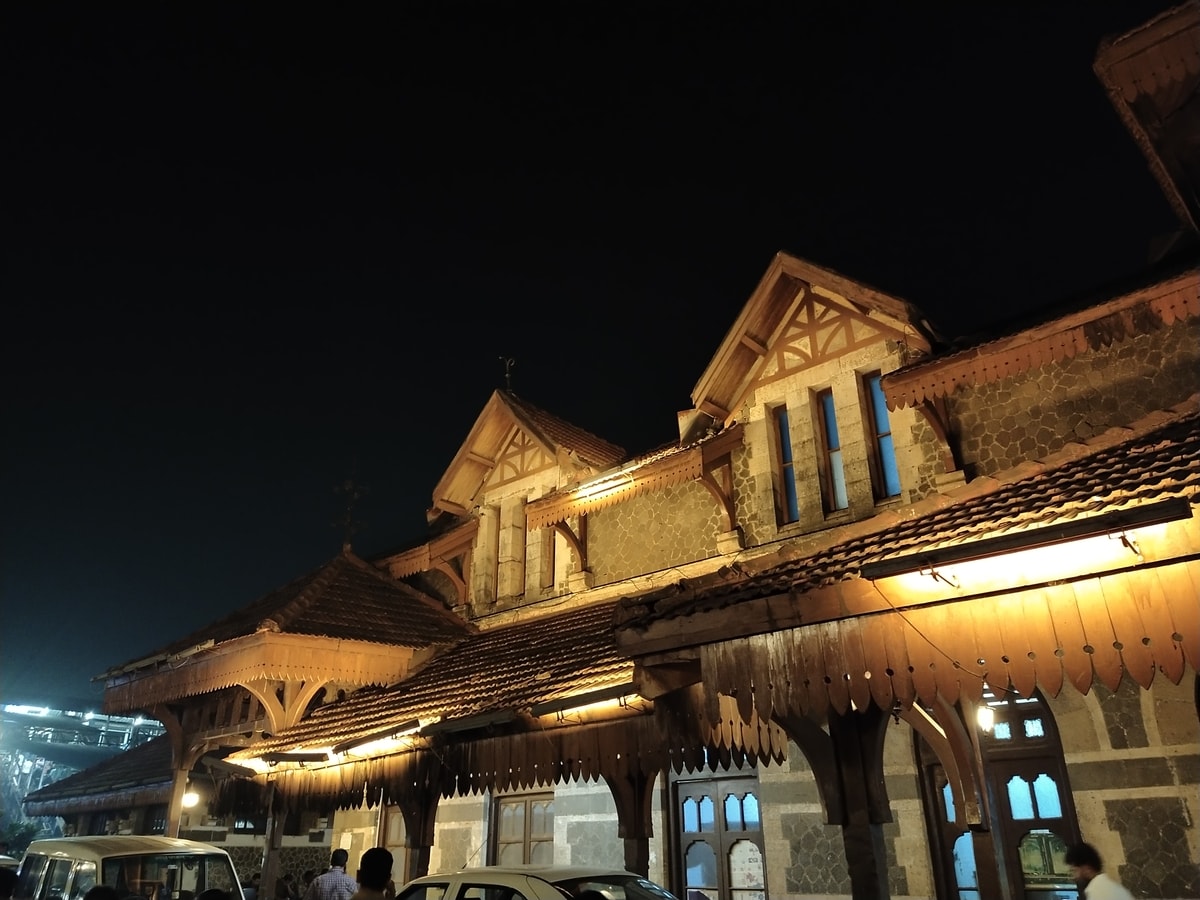 Videos can only be recorded at up to 1080p, which is not great, especially at this price. Unfortunately, there's no stabilisation either, which is a big letdown. The selfie camera can shoot up to 1080p too, but again, without any stabilisation. Low-light video was not very good, and had lots of grain as well as weak details. The wide-angle camera shot even poorer footage in low-light, making it unusable.

The Vivo S1 Pro is a good looking-phone with a crisp display and solid battery life. True to the theme of the S series, the design is eye-catching, and the new gradient finish as well as the diamond-shaped camera module helps this phone stand out among its peers. However, just like its sibling, the S1, and even the recently launched Oppo F15, Vivo seems to have prioritised style over everything else and gone with a pretty underpowered processor for this price bracket.

We're not sure if there's a method to this madness, but if you're hoping to play heavy games and take great photos, the S1 Pro is not the phone for you. Other options at this price level,such as the Realme X2 (Review) and the Redmi K20 (Review), have much more powerful SoCs and will hold up much better over the next few years.

We quite liked the performance of the selfie camera though, and it will work well as long as you're shooting under good light. The rear cameras are a bit underwhelming, and while you can get usable shots, consistency is definitely missing. The S1 Pro also lacks a dedicated microSD card slot, and Vivo's custom software could really use an overhaul.

Overall, the Vivo S1 Pro is not a bad pick if all you want is a stylish design, good battery life, and a punchy display. If you'd prefer a more well-rounded phone though, we suggest looking at offerings from Realme and Xiaomi instead.

More
Vir Das Is Afraid of Not Having It
Chinese New Year 2020: Best E-Commerce Sites to Buy Products From China to Get Delivery in India