Transsion Holdings, which has a presence in 58 countries, made its debut in India last year with its Itel smartphone brand. Now, the company is gearing up for a major push into the Indian market with the new Tecno Mobile brand.

Transsion claims to have a market share of over 40 percent in six major African countries, and believes that its products can do well in India, one of the fastest growing smartphone markets in the world. Tecno Mobile, a subsidiary of Transsion Holdings, recently unveiled five smartphones for India. Apart from Itel and Tecno, Transsion Holdings is also known for its Infinix brand.

The company is hoping that the Tecno i7 will take on some of the heavyweights in the same price segment, including the Moto G5 Plus and Xiaomi Redmi Note 4. It packs some impressive features and specs including an octa-core processor, Android 7.0 Nougat, fast charging support, and a 16-megapixel front camera, but is that all that matters? We find out.

Tecno i7 design
The Tecno i7, with its metallic body, gives a solid first impression when you take it out of its box. It has curved sides, giving it an overall shape similar to that of current iPhone models. The front panel is dominated by the screen, with a fingerprint scanner embedded into the Home button just below it. At the India launch of the Tecno i7, the company claimed that it has used an 'anti-oil fingerprint sensor' which allows users to unlock smartphones even with "Indian lifestyle and weather conditions". There are capacitive Back and Overview buttons on either side of the Home button.

The power and volume keys are on the right, and have decent tactile feel. There is a hybrid dual-SIM slot on the left, and a Micro-USB port and two speaker grilles on the bottom. The rear camera is placed in the upper left corner, with a quad-LED flash below it. There's also Tecno branding and a large "Rocket Charging" logo on the rear. There are antenna bands running across the top and bottom of the rear, making this phone look like several other budget models.

Overall, the Tecno i7 isn't bad at all in terms of design, and its solid build quality will give you confidence while using the handset every day. The phone will be going on sale in Champagne Gold, Sky Black, and Space Grey. We received a Sky Black unit for our review. It came in a standard retail box with a data cable, power adaptor, earphones, SIM ejector tool, and documents. The company is also giving buyers a complimentary transparent case and screen guard.

Tecno i7 specifications and software
The Tecno i7 features a 5.5-inch full-HD (1080x1920 pixel) IPS display. It is powered by 1.5GHz octa-core MediaTek MT6750T processor coupled with 4GB of RAM. The handset packs 32GB of storage which can be expanded by up to 128GB using a microSD card. One of the biggest highlights of the Tecno i7 is its 16-megapixel front camera which is being marketed as a "night selfie camera." It has its own LED flash and can also use the screen as a flash. The Tecno i7 also has a 13-megapixel rear camera with a quad-LED flash and PDAF.

Another big selling point for this phone is its 4000mAh battery and support for fast charging. The Tecno i7 supports VoLTE, GPS, Bluetooth, and Wi-Fi. There is one Nano-SIM slot and one Micro-SIM slot, but users have to choose between a microSD card and a secondary SIM.

The Tecno i7 is the only the second smartphone at this price level to launch with Android 7.0 Nougat in India, the other being the Moto G5. The Tecno i7 runs a customised UI named HiOS on top of Android which completely tweaks the icons, fonts, and theme of the handset.

Much like iOS, HiOS has a separate search screen where users can type to search for apps, contacts, and messages, and see widgets with commonly used apps and the latest news. Unfortunately, there was no way we could customise the news feed according to our interests. Since this will use mobile data, there should at least be an option to turn it off. One of the most interesting features of HiOS is that it mimics functionality similar to Apple's 3D Touch. When you long-press an icon, you'll see options to create a new folder, delete, share, see info, or freeze that app. The number of options you get when long-pressing depends on the app. For example, preloaded apps don't give you the option to delete them. There are plenty of preloaded apps including PHX Browser, Music, Hi Manager, Hi Cloud, Feedback, User Guide, Hi Theme, Video Player, Micro Intelligence, and Fingerprint. The Customer Care app can help you connect to a service executive and also shows a list of service centres in your locality. The Tecno i7 also ships with HiOS's own app store called Aha for downloading games and apps.

The Tecno i7 also comes with an in-built WhatsApp mode that restricts data consumption for all background apps other than WhatsApp. In other words, once this mode is enabled, an application can consume data only when it's being actively used in the foreground. However, WhatsApp continues to get data access even in the background. While this is a useful feature if you are worried about your data bill,  most customisations in HiOS don't feel like improvements over stock Android, and it takes an extra step to access some functions. You still get Nougat features like Split Screen, which lets you use two different apps simultaneously.

Tecno i7 performance and cameras
The phone fares well in day-to-day usage. Apps launched quickly and we were also able to switch between apps without any issue. The phone showed roughly 2GB of RAM available when no apps were running which is not bad. Games like Asphalt 8 ran fine with no frame rate drops. There was enough power under the hood to keep us going, though one thing that bothered us was HiOS's animations. At times, it felt as though simple tasks such as rebooting took way too long.

The 5.5-inch display on the Tecno i7 is bright and vivid, with good viewing angles. Sunlight legibility is decent, but we noticed that increasing the brightness caused colours to wash out. We were slightly disappointed to see that Tecno hasn't used protective glass on the i7. The company does provide a screen guard in the retail box but that doesn't really compare to having protective glass. 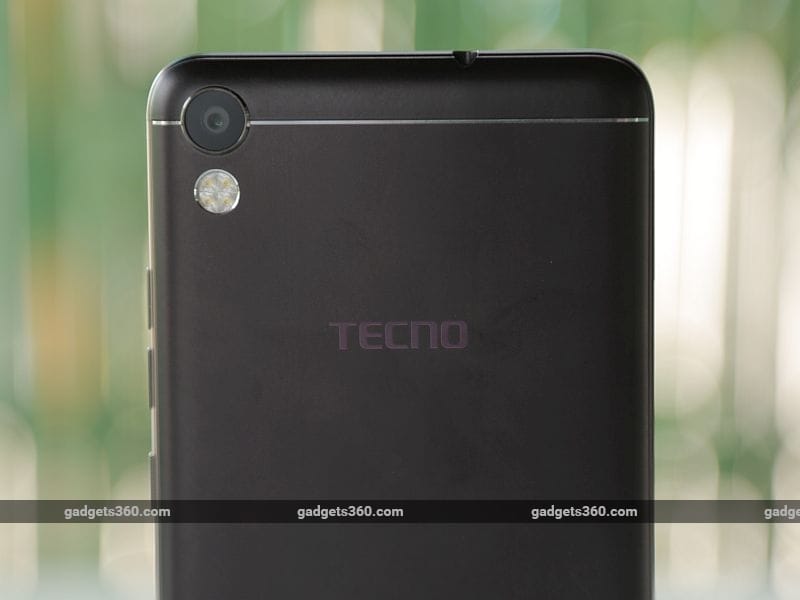 The Tecno i7 managed to play all our test videos without any slowdowns or stutters. The bundled earphones offer decent sound quality, but the speakers are not loud enough and sound crackled at high volumes. We were also slightly disappointed with the fingerprint module on the Tecno i7 which wasn't as fast as the one on other phones in the same price segment. It took some time to get used to the speed of the i7's fingerprint scanner.

The Tecno i7 scored 44,308 and 19,345 in the AnTuTu and Quadrant benchmarks respectively. In 3DMark Ice Storm Extreme and GFXbench, the Tecno i7 notched up 6,471 points and 16fps respectively.

In terms of camera quality, we have to start with the front-facing camera which the company's touts as a major selling point. It didn't work very well in low light, and is best suited for when there is at least some light source around. The LED flash at the front and screen flash do help to some extent, but photo quality is still poor. Some of the selfies we took with the Tecno i7 in low light had a lot of noise and looked extremely grainy. Some samples maintained detail, though on zooming in we could see blurriness at the edges. 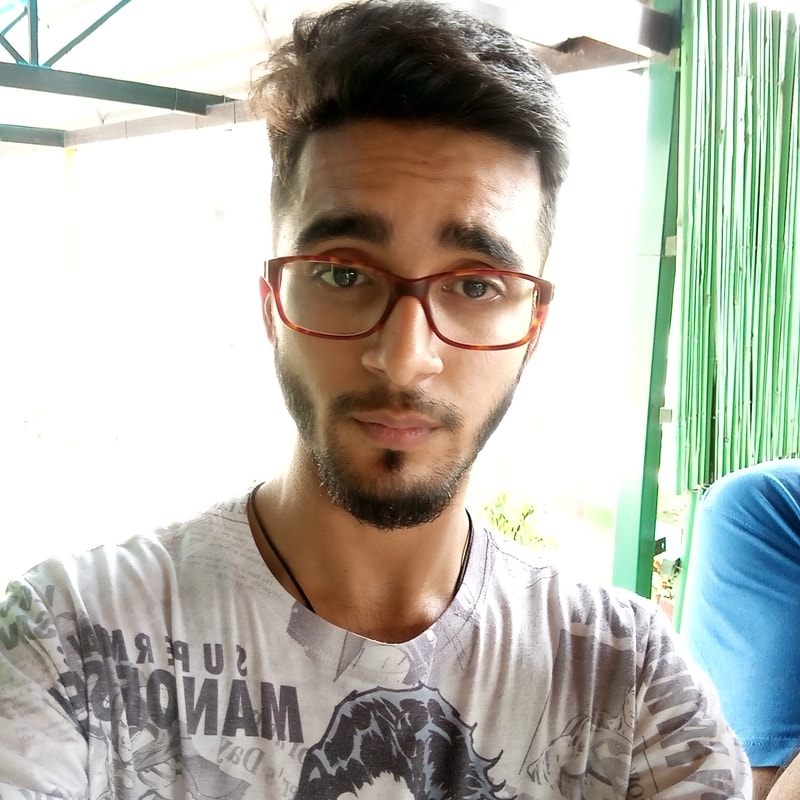 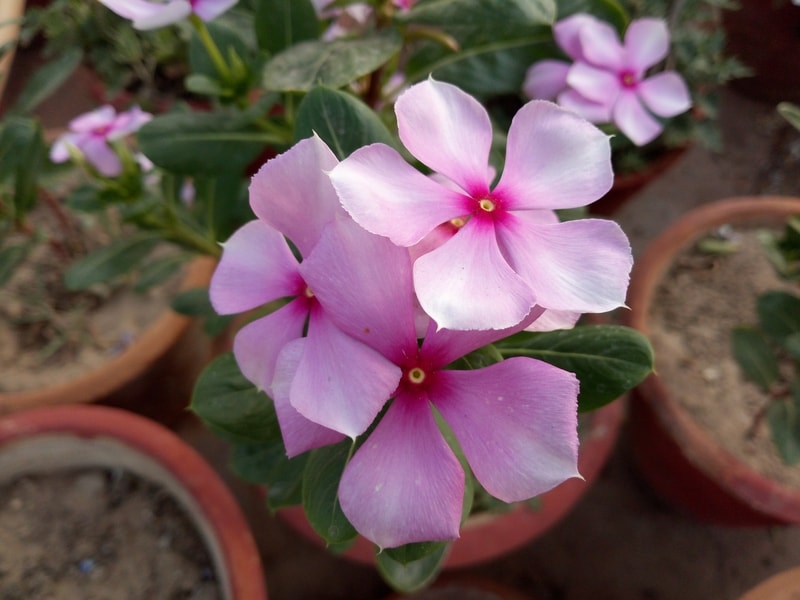 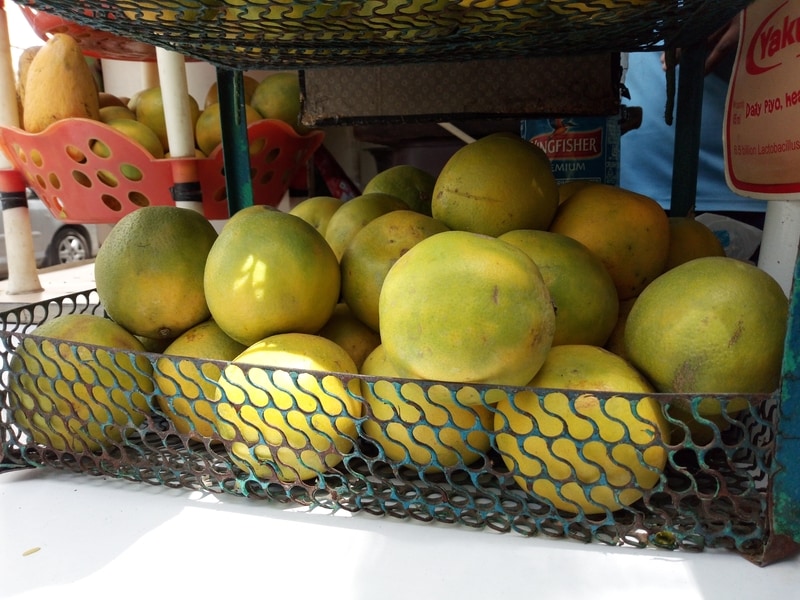 The 13-megapixel rear camera with PDAF was accurate in most situations. It managed to capture some decent landscape shots with good amounts of detail and little noise. The rear camera was quick with focusing, and macros were fine as well. Low light performance was weak and it took us a few attempts to get good night shots. We liked the minimal camera app interface on the Tecno i7, because most features are still just a tap away. The camera app supports real-time filters which is a neat addition.

Tecno i7 battery life
The Tecno i7 ships with a non-removable 4000mAh battery, and also supports fast charging which the company markets as "Rocket Charging." Tecno claims that Rocket Charging can shorten charging time by up to 20 percent. During our review, we found that the phone charged fully in less than 90 minutes, while a 20-minute charge took us up to 45 percent which was not bad. The battery on the Tecno i7 fared just okay, and only lasted for roughly 10-11 hours with heavy usage which included apps like WhatsApp, Twitter, Facebook and Instagram open in the background at all times. With light to medium usage, the phone survived for roughly a day. In our HD video loop test, the phone ran for 10 hours and 5 minutes which is pretty average. We have seen phones with similar battery capacity performing much better.

Verdict
Priced at Rs. 14,999, the Tecno i7 offers decent performance. The front camera and good multimedia performance are its strong points, but there are also flaws. The display could have used protective glass, fingerprint recognition could have been quicker, and the cameras could have been better. Apart from features, Transsion Holdings is currently offering buyers a 100-day replacement guarantee, 50 percent buyback, and one-year one-time screen replacement with every purchase, which adds a bit of value to the package.

The phone will be going on sale only via offline channels only, and availability will be limited to Punjab, Rajasthan, and Gujarat at launch time. We hope that the company expands availability to more states in the coming months.

The Moto G5 Plus (Review), Xiaomi Redmi Note 4 (Review), and Huawei Honor 6X (Review) are some of the smartphones that will be going head-on with the Tecno i7. Compared to these smartphones, the Tecno i7 definitely falls short on a lot of things.