Tecno Mobile entered the Indian market around a year ago, and already, it’s got a decently sized roster of smartphones. Its most recent addition comes in the form of the Camon iClick and as the name suggests, the focus is on providing a good camera experience. The company also boasts about the artificial intelligence (AI) capabilities given to the front camera.

However, with a market price of Rs. 13,999, Tecno faces a big challenge from the likes of Xiaomi, Asus, and Nokia, all of whom have excellent offerings under Rs. 15,000, all with very competitive specifications. Let’s see if the Camon iClick can make a compelling case for itself.

The Camon iClick is up to speed with today’s design trends, as dominating the front is a 6-inch display in the 18:9 aspect ratio. Bezels are fairly slim on the sides with just enough room on the top to comfortably fit the ear piece, sensors, selfie camera, and a fill light. There’s a bit of chin at the bottom too, which we don’t mind since it just makes it a bit easier when watching videos or while gaming. 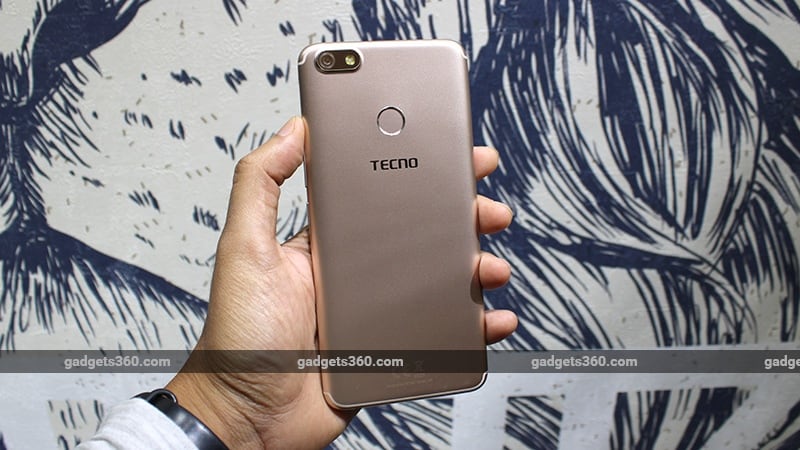 Our main gripe with the screen is its resolution. It's only HD+ or 720x1440, which is too little when everyone else is offering a full-HD/ full-HD+ panel in this segment. Colours are punchy and the brightness level is good but the low resolution causes jagged edges around icons and text.

The plastic build makes it quite light (150 grams) and at 7.3mm in thickness, it’s fairly slim too. It’s easy to grip and the matte finish doesn’t attract fingerprints. Theres’s a Dual-SIM slot on the side along with a dedicated space for a microSD card. On the bottom, we have a single speaker, a Micro-USB port, and the headphone socket. At the back, we have a single rear camera with a quad-LED flash and a fingerprint sensor.

The Camon iClick is available in two colours and in the box, you get a silicone case, SIM eject tool, an in-ear headset, charging cable, and a 10W adapter.

The Camon iClick uses an octa-core MediaTek Helio P23 SoC, which offers similar performance to a Qualcomm Snapdragon 625 SoC as they both use eight ARM Cortex-A53 CPU cores. The graphics chips are slightly different as the P23 uses the ARM Mali-G71 GPU, which is slightly less powerful than the Adreno 506 GPU in the 625 chip.

We managed to get decent scores in benchmarks, which were 78,925 points in AnTuTu and 33fps in GFXbench’s T-Rex test. While the scores are good, it’s not good enough compared to what the competition offers as the P23 SoC is still slower than a Helio P60 or the Snapdragon 636 that usually available in this price range. 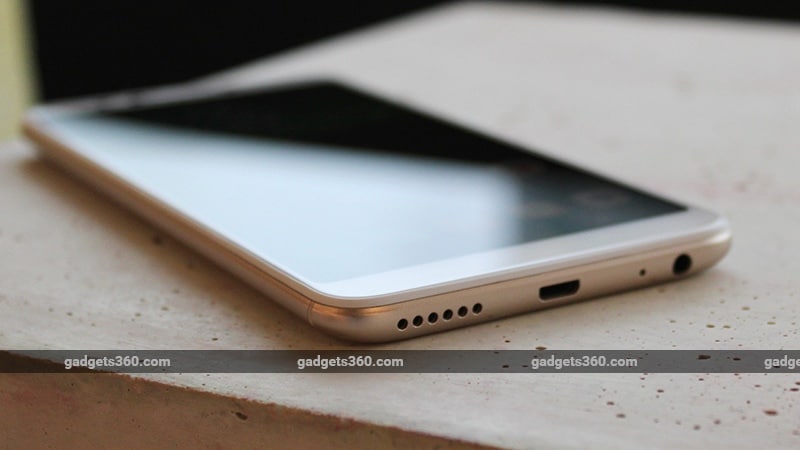 You do get ample RAM of 4GB and 64GB of internal storage, which can be expanded. Other specifications include dual-band Wi-Fi 802.11 b/g/n, Bluetooth 4.1, FM radio, USB OTG, GPS, a notification LED and a bunch of sensors like an accelerometer, ambient light sensor, and a proximity sensor. The phone is missing one crucial sensor, which is a compass. This means, you can’t tell which direction you’re facing in apps like Google Maps.

The Camon iClick runs on HiOS v3.3.0, which is based on Android 8.1 Oreo. The security patch is quite recent too (April 2018), which is good to see. The skinning is quite extensive, right from the custom icons to the various customisable themes. Thankfully, some of the basics have been left intact so notifications can be swiped away in a single gesture; there’s an app drawer and toggle switches are present here too in its usual spot.

When an app is being installed, the OS will offer suggestions to create a folder for the shortcut on the home screen and will group the shortcuts of similar apps in the same folder. For instance, all the benchmarks we downloaded were automatically grouped in one folder. 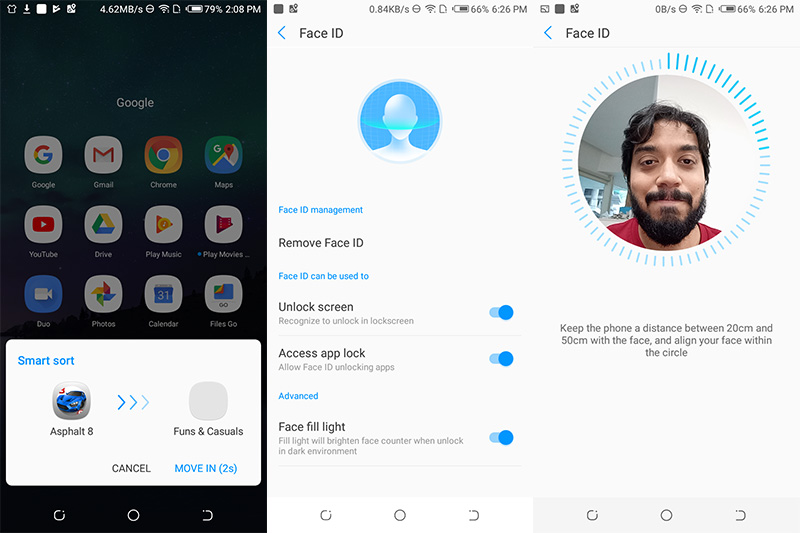 There’s a WhatsApp mode in the notification shade, which essentially prioritises data traffic for the app. As a result, the bandwidth seems to be restricted for other apps when this mode is enabled, as we found webpages took longer to load.

The Camon iClick also boasts of facial recognition, which has been conveniently named ‘Face ID’. If that’s not all, it even has a similar setup animation as the iPhone X (Review). Authentication isn’t immediate as you need to wait a bit before it recognises your face. We weren’t able to fool it with a 2D picture but it does unlock if your eyes are closed, which doesn’t make it very secure.

We found the general performance to be pretty good. The phone copes well with multitasking and even games like Asphalt 8: Airborne run just fine as the GPU doesn’t have to render it at a very high resolution. The back of the phone gets a bit warm with long gaming sessions but nothing too alarming. The display has good touch response and sunlight legibility is just about okay. 4G works well and we didn’t have any trouble with call quality. 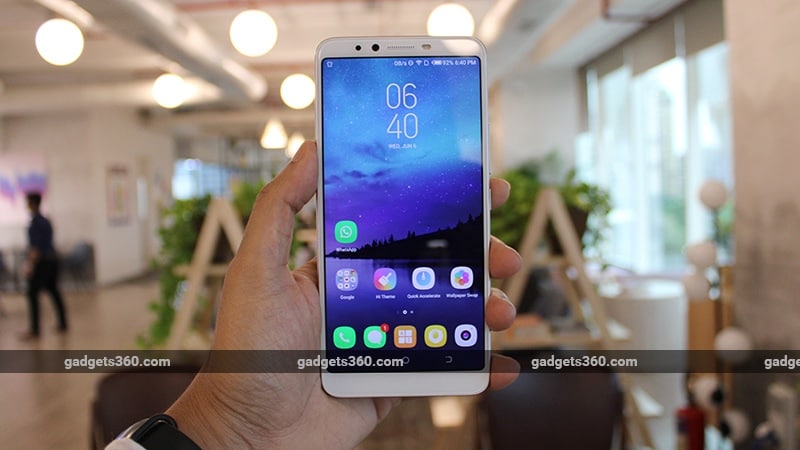 The bundled headset provides good passive isolation from ambient noise but audio quality is strictly average. The Camon iClick handles most of the popular audio and video formats well, including our high bitrate test files. Apps scale web to the full screen too and since there’s no notch, there’s no formatting issues either. The mono speaker gets very loud but the positioning the speaker grille means it’s easy to block it when using it in landscape mode.

The rear camera is a 16-megapixel sensor with an f/1.8 aperture actually manages decent details in daylight. Burst mode works well too and we were able to get some usable shots of moving subjects. The phone is quick to focus in daylight but this slows down when light isn’t ideal. There is an ‘Auto HDR’ mode but at times, it wouldn’t automatically kick in when we actually needed it. According to Tecno, the phone supports multiple AI modes for auto-scene detection, beauty and bokeh but it’s hard to tell how and if this is actually working as there’s no visual indication for it.

Even for the beauty mode, you still have to manually select the level of beautification. The Super Pixel shooting mode takes multiple samples of the same scene and bumps up the resolution of the final picture. Macros shots have fairly good detail too under good lighting. 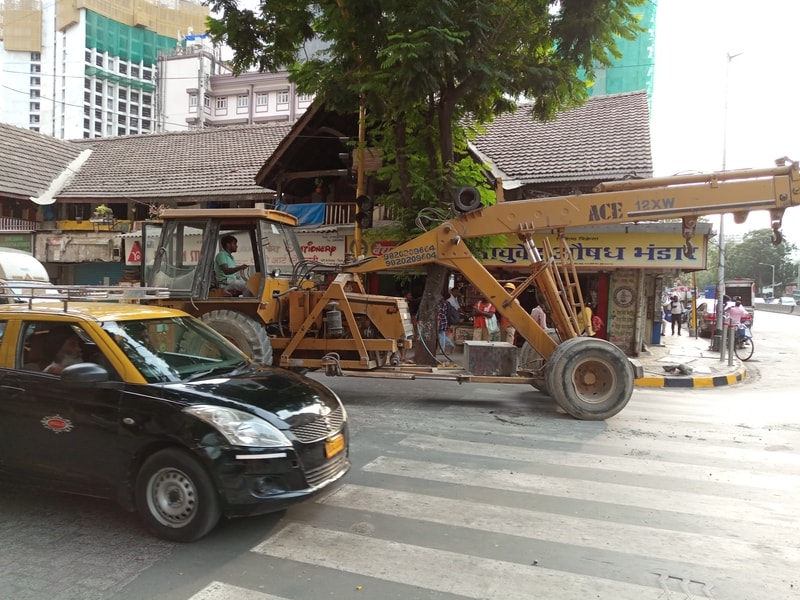 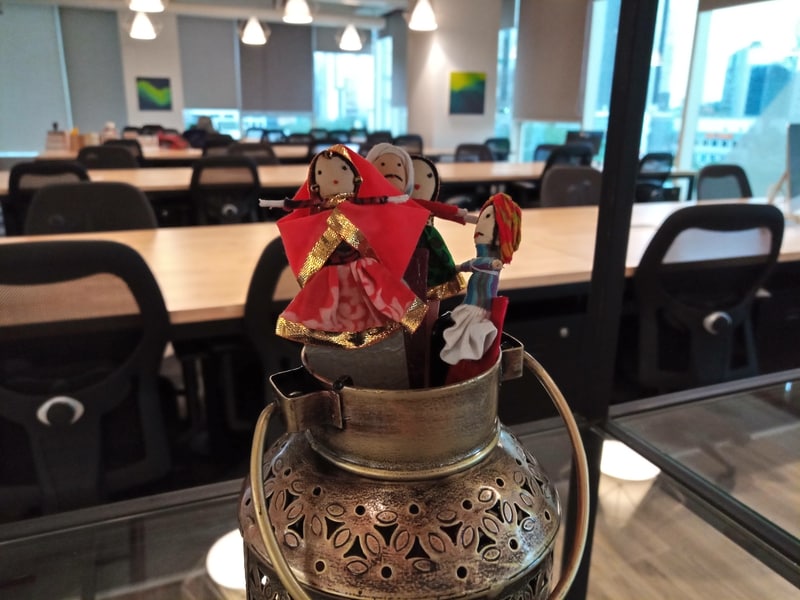 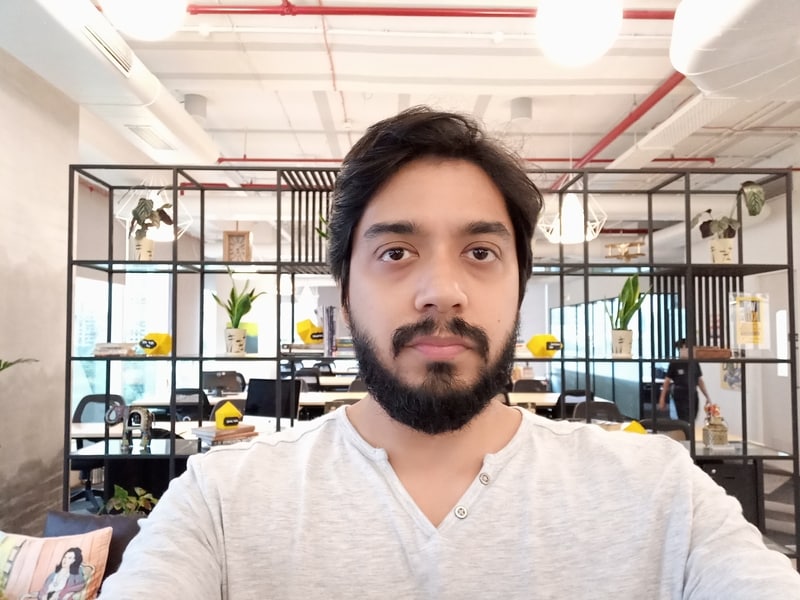 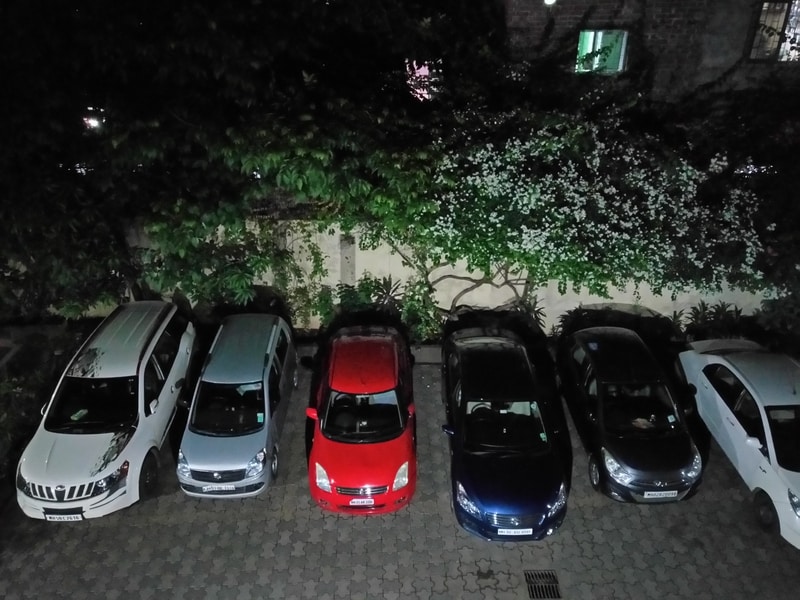 In low light, the phone tends to oversaturate colours at times but noise is surpressed well, at the cost of some details. The phone has a 20-megapixel front camera, which shoots fairly good selfies. The fill light in the front is quite powerful and offers good illumination in low light. Portrait mode works decently well too in adding additional blur to the background, which is present for the front and rear camera. Video quality at 1080p is decent during the day but there’s no electronic stabilisation, which causes shaky footage if you’re moving about. Continuous autofocus speed isn’t very quick either.

With typical usage, we found the Camon iClick to easily pull through a full day on a single charge. The 3750mAh battery also charges fairly quickly as with the bundled adapter, we managed to get a 57 percent charge in about an hour. In our battery loop test, we measured a runtime of 12 hours and 23 minutes of continuous video playback.

Verdict
The Tecno Camon iClick has the potential to be a good mainstream offering but the absence of some features and certain hardware choices makes it tough to recommend when you look at what else is available in the market. It looks good, is built well, has decent battery life, and a good selfie camera. However, at a market price of Rs. 13,999, it doesn’t offer the best value. At this price, we would have liked a metal body, a higher resolution display and the presence of basic sensors, like a compass.

Further reading: Tecno, Android, mobile phone
Roydon Cerejo Email Roydon
Roydon Cerejo writes about smartphones and laptops for Gadgets 360, out of Mumbai. He is the Deputy Editor (Reviews) at Gadgets 360. He has frequently written about the smartphone and PC industry and also has an interest in photography. With over a decade of experience covering the consumer technology space, he is also an avid sci-fi movie and TV show geek and is always up for good horror flick. Roydon is available at roydon@gadgets360.com, so please send in your leads and tips. More
iOS 12 First Impressions: How to Install Right Now, New Features, and More
Honor's GPU Turbo Tech Claimed to Enhance Graphics Processing Efficiency By 60 Percent