Spice seems to be targeting the price conscious Indian market with its Android smartphones. The company is back with yet another offering, and rather than experimenting with an odd screen size, it's sticking to the 5-inch phablet form factor, inline with the current trend.

Spice recently tied-up with Chinese smartphone manufacturer, Coolpad, and the result was the launch of a co-branded, Spice Coolpad, range of smartphones in the Indian market.

The Spice Coolpad Mi-515 is the first phone that's been introduced after the collaboration. Can the combination of decent hardware, Android Jelly Bean software and an attractive price point make this phone a desirable device? We try to find out in our review.

Build/ Design
The Spice Coolpad Mi-515 doesn't score much in the looks department. It looks like most other budget phablets available in the market. It's 140mm tall, 73mm wide and 9.9mm thick, and is definitely not a slim contender.

The 5.0-inch display dominates the front of the phone, with three capacitive touch buttons placed beneath the screen, while the earpiece, front-facing camera and the proximity sensor sit on the top of the screen with 'Coolpad' branding just below the earpiece. 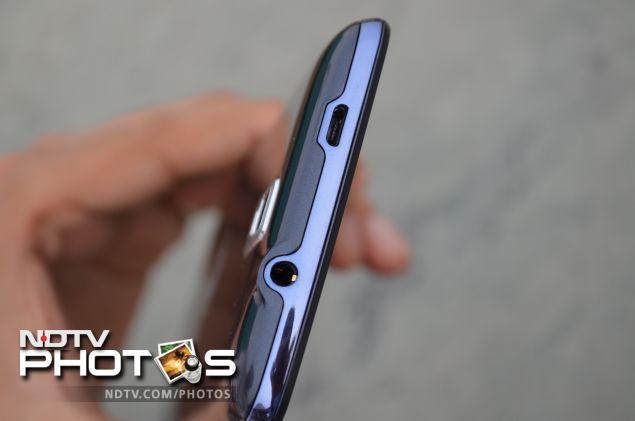 There's a metallic Blue frame around the device that adds to the aesthetic appeal. On the right side is the power key while the volume rocker key is located on the left side. The Micro-USB port and the 3.5mm audio jack are placed on the top panel.

The back of the phone houses the 5.0-megapixel camera module and LED flash. Both the camera and the flash are enclosed in a metallic rectangular frame. There's some more Coolpad branding along with the Spice logo in the middle, while the speaker grille is located towards the bottom.

The Spice Coolpad Mi-515 is a dual-SIM (GSM + GSM) smartphone. Both SIM card slots and the slot for the microSD card hide behind the back cover, just above the battery slot. If one wants to change the SIM card, the device needs to be switched off, as the SIMs cannot be accessed without removing the battery. The body of the phone is plasticky and the device plain at best in terms of looks. The glossy back makes the phone slippery and difficult to grip. Having said that, the device did fit in our hands comfortably despite the 5.0-inch form factor.

Display
The Spice Coolpad Mi-515 sports an IPS LCD 5.0-inch display with a resolution of 540x960 pixels that can be considered decent at this price range. Though, we would have loved an HD screen, a majority of handsets in the same segment feature similar screen resolution. The viewing angles seem to be fine. The screen was not very visible under the sun even with full brightness, as it's highly reflective. Viewing videos on Spice Coolpad Mi-515 was fun thanks to the 5.0-inch screen.

Software/ Interface
The Spice Coolpad Mi-515 runs Android 4.1.2 (Jelly Bean) with some minor tweaks done by the company including skinning of app icons, colour schemes and settings toggles. It's not the latest version of the OS but almost all devices in this price segment feature the same operating system. In terms of additional functionality, the software has nothing new to offer. 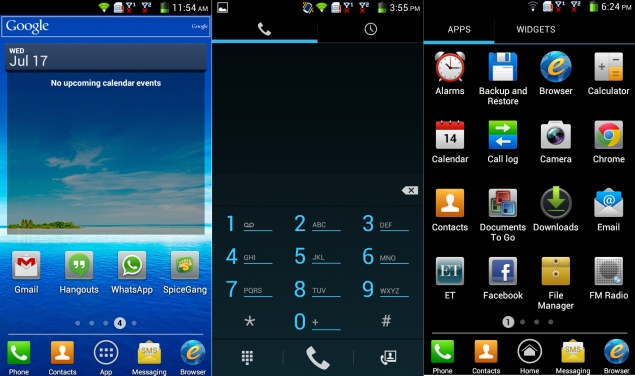 The device comes with NQ anti-virus pre-loaded that helps safeguard the device from malware, viruses and similar threats with a free usage for a limited period. The phone also includes some preloaded apps that include Chrome, Facebook, Opera Mini, TOI, SpiceGang, Nimbuzz, WhatsApp and Twitter.

The phone also comes with the ability to update the operating system over the air through a Wireless Update utility.

Camera
The camera on the Spice Coolpad Mi-515 is a bit of let down. The 5.0-megapixel camera takes decent quality shots during well-lit conditions but disappoints when it comes to low-light and indoor shots. The images shot in low-light had a lot of noise, lacked detail and were grainy. Even photos clicked outdoors in bright light lack detail and the colour reproduction isn't accurate.

The camera app on the device does not offer too much in terms of options. A few camera features included in the handset are an HDR mode, face-recognition, colour effects, scene modes, and anti-flicker. Many would not mind the absence of a physical camera key but it would have added to the comfort of using the camera on the device. 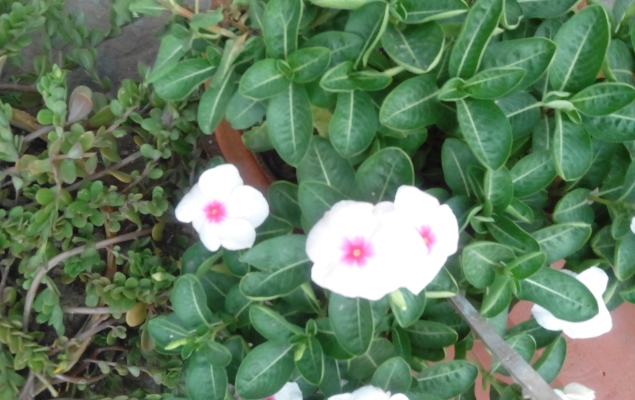 Though the device supports HD video recording but we were not very impressed with the quality of the recorded videos.

Performance
The Spice Coolpad Mi-515 is powered by a 1.2GHz quad-core processor, and has 1GB RAM. There is 4GB of internal storage, which is expandable up to 32GB with the help of microSD card.

We did not experience any lag while browsing the Web or navigating on the device, however, we did experience lag while launching and exiting games like Dead Trigger and Temple Run 2.

It is powered by a 2000mAh battery that easily lasts for more than a day with normal usage, including calling, browsing, playing games and using apps. The touchscreen QWERTY keyboard of the device was a bit sloppy and it took some time to get used to it.

We were able to play full-HD videos and the phone supported popular formats. The device doesn't offer much in terms of music playback. The sound quality was average through the supplied headset and the built-in speaker outlet. The call quality was good during our testing of the device.

Verdict
The Spice Coolpad Mi-515 is a good option among large 5.0-inch budget phones. The phone scores more in terms of its battery back up, performance and the presence of a 5.0-inch screen. The camera performance on the other hand was just average. However, the whole package at Rs. 9,449 is not a bad deal.

Those looking for alternatives can look at Karbonn Titanium S2 that also comes with a 1.2GHz quad-core processor and is priced at Rs. 10,200. The Intex Aqua Wonder, which is also not a bad option, available at a price point of Rs. 9,500. Looking beyond the Android world, Nokia Lumia 520 (Review | Pictures) is probably the best value for money offering in the sub-Rs. 10,000.