At a press conference held at the ongoing IFA electronics trade show in Berlin, Sony announced a bunch of new products across multiple categories. One of them was its new Xperia XZ3 smartphone, which succeeds the Xperia XZ2 that launched earlier this year. The company hasn't announced any pricing details yet, but says its latest flagship phone will be available towards the end of September in select regions. We managed to snag some hands-on time with the Sony Xperia XZ3 and here's what we think.

The first thing that caught our attention was the new design of the front of this phone. The screen's sides are prominently rounded, making this phone feel a lot like the Google Pixel 2 XL (Review) and even the Samsung Galaxy S9+ (Review). Sony has also ditched its long-standing love of IPS panels in favour of a vibrant OLED panel. The 6-inch screen has an 18:9 aspect ratio and QHD+ resolution with HDR. We found the colours and brightness levels to be quite good, although we couldn't test this phone outdoors under sunlight.

Another thing that immediately struck us was the reduction in bulk. At 193g, the Xperia XZ3 felt quite light compared to Sony's recent offerings. This phone weighs less than the Xperia XZ2 and XZ2 Premium, and is also a lot slimmer at 9.9mm. The glass back does make it quite slippery though, and fingerprints were a huge problem.

The main specifications of the phone are similar to those of Sony's previous flagships. It's powered by the Qualcomm Snapdragon 845 mobile platform and has 4GB of RAM as well as 64GB of internal storage, which is expandable. It's IP65/ 68 certified for dust and water resistance, and features the same 19-megapixel Motion Eye rear camera that can shoot slow-motion video at up to 960fps at 1080p. This worked pretty well when we tried it, but understandably, you need ample light to avoid a strobing effect in videos.

The Xperia XZ3 will ship with Android 9 Pie out-of-the-box, which makes it one of the first devices announced to do so. The new Xperia UI skin is quite minimalist and we're introduced to a new feature called Side Sense. The upper parts of the sides of the XZ3 have touch sensors, and you can double-tap either side of the phone to reveal a little pop-up menu for apps. Sony says that this feature will use AI to learn your usage patterns and suggest different apps depending on your location. You can add apps to this list manually too. It takes some getting used to, as your finger needs to hit just the right spot, or it won't work. You can adjust the sensitivity of touch recognition if needed. 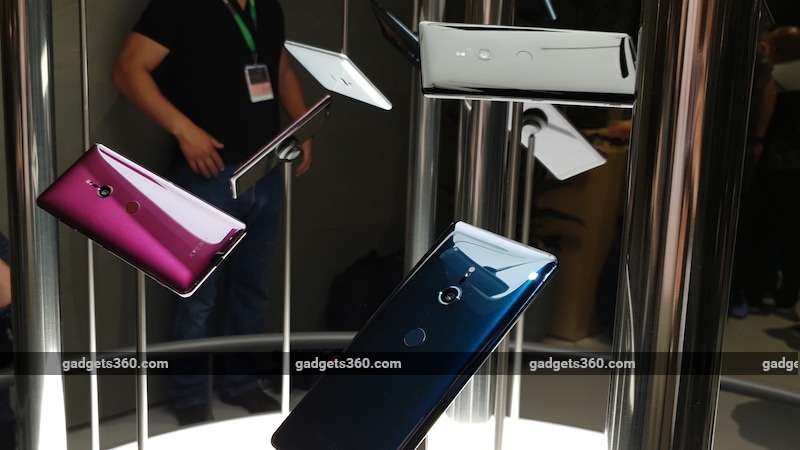 Smart Launch is another interesting feature. It automatically launches the camera app when the phone detects that you have picked it up and are holding it horizontally. This needs to be enabled within the camera app, but after that, just pick the phone up as if you are going to frame a photo, and the camera app fires up in a matter of seconds.

We tried the 19-megapixel camera out, and found that focusing was quick. There wasn't too much shutter lag either. However, the images we shot with Sony's demo units didn't seem very impressive on screen. Granted, the lighting at the venue wasn't great, but it wasn't dark either, and upon zooming in to the images a bit, we noticed a watercolour-like effect on some textures. It's possible that this could improve once the Xperia XZ3 actually ships with its final software.

The Sony Xperia XZ3 seems like a mild refresh of the Xperia XZ2 in terms of specifications. While we certainly appreciate its new design and OLED display, we can't help but feel that Sony is a bit too late to the party. The Xperia XZ2 currently retails for an absurdly high price in India, which makes us wonder how Sony will price this new model when it is launched here. The company really needs to start pricing its flagship phones a bit more sensibly, or it won't be long before Sony suffers a similar fate as HTC in India.