Sony is known for its well-built and good looking smartphones and its latest smartphone is no exception. Sony on Thursday launched its premium device Xperia XZ Premium which does true justice to its 'Premium' moniker. To say the least, the smartphone bears a premium price tag of Rs. 59,990, which goes in line with the specifications this smartphone has to offer. The Sony Xperia XZ Premium comes with features like 4K HDR display, a camera with 960fps video recording capability, the Qualcomm Snapdragon 835 SoC, and a reflective mirror-like 'loop surface' design with a 2.5D curved glass finish protected by Corning Gorilla Glass 5. Currently listed for pre-orders on Amazon.in, the smartphone will be available in the country starting June 12.

Gadgets360 got a chance to spend some time with the Sony Xperia XZ Premium at its launch event earlier this week, and here are our first impressions.

Sony Xperia XZ Premium Design
Let's start with the most noticeable aspect of the smartphone, design. The first glance Sony Xperia XZ Premium's front panel will remind you of other recent Xperia smartphones. However, this one comes with its own distinct identity, as it also bears a 'glass loop surface' that is quite reflective. Also on the front is the 2.5D curved glass panel with Gorilla Glass 5 protection. It will not be an exaggeration if we say that Xperia XZ Premium can even be used as a mirror. In our opinion, the reflective look was a bit too gaudy, but, it's a personal opinion and the look may be suitable for some.

Unfortunately, the reflective design doesn't just stop at aesthetics. With 'glass loop surface', the Sony Xperia XZ Premium is immensely slippery and it attracts fingerprints very easily - leading you to keep cleaning it now and then. If you want to save yourself from this extra care, a back cover can possibly be used, however it will conceal the premium looks of the device.

The Sony Xperia XZ Premium follows the design principle of its Xperia siblings to have a fingerprint sensor embedded on the power button on the right panel of the smartphone. Below it are the volume rockers. This kind of setup was last seen on Sony Xperia XZs and Xperia Z5, so there's nothing new here. We found the fingerprint scanner worked well enough to unlock the device instantly, and its placement on the power button was convenient enough. On the top of the device, Sony has gone the traditional way of providing the 3.5mm audio jack, while the latest USB Type-C port can be found at the bottom. The right side of the smartphone also carries a dedicated camera button, while the left side is dominated by just the combined SIM card and microSD card slot. 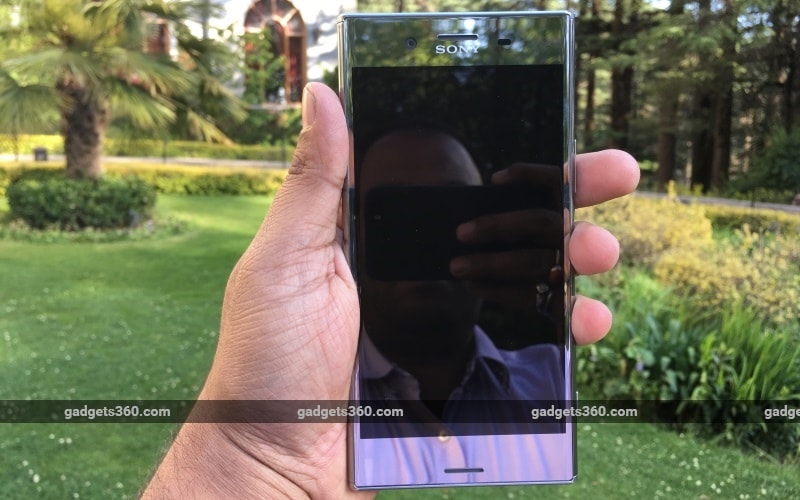 Sony Xperia XZ Premium Display
The display technology used in the Sony Xperia XZ Premium is claimed to be the same one as used on the company's BRAVIA televisions. The company boasted a lot about the display of the smartphone at the launch event. It's a 5.5-inch 4K (2160x3840 pixels) HDR display. Since most of the apps and content available today for smartphones are still in full-HD resolution, you won't notice the real capability of the display, until you open images and videos shot in 4K UHD on the smartphone. The images and videos look crisp with a vibrant colour gamut. The Sony Xperia XZ Premium has a vivid colour display that offers good legibility even in bright sunlight, and we had no complaints on this front in our time spent with the smartphone.

Sony Xperia XZ Premium Camera and Performance
One of the highlighted features of the Sony Xperia XZ Premium is its Motion Eye camera technology that has been incorporated into the rear 19-megapixel shooter. The 19-megapixel rear camera is capable of shooting slow-motion videos at 960fps (frames per second), which is far ahead of the competition, many of which max out at 240fps. Sony has equipped a three-stage CMOS image sensor to make its 960fps slow-motion recording possible.

We shot quite a few slow-motion videos in our limited time with the smartphone, and we were impressed by the results. Again, we will reserve our final judgement on the Sony Xperia XZ Premium's camera until our review. Inside the camera app, there are two options in a dedicated toggle for slow-motion recording. Either the entire video can be recorded in slow-motion, or a normal-paced video can be shot intermittently with the slow-motion mode as per your preference. The camera app is pretty standard in terms of features like a manual mode, Superior Auto mode, Panorama, and 4K video mode.

Coming to the front-facing camera, the Sony Xperia XZ Premium's 13-megapixel camera seemed capable enough, but, we'll have to reserve our judgement about the quality of the output for our detailed review.

The Sony Xperia XZ Premium is the first smartphone that comes with Qualcomm Snapdragon 835 in India. Talking about the performance, the smartphone is quite responsive without any issues while multitasking. The device packs 4GB of RAM with 64GB of inbuilt storage, which is expandable using microSD card (up to 256GB). While the device did not give any issues with performance and multitasking, we would know its actual performance capabilities after the benchmark tests. 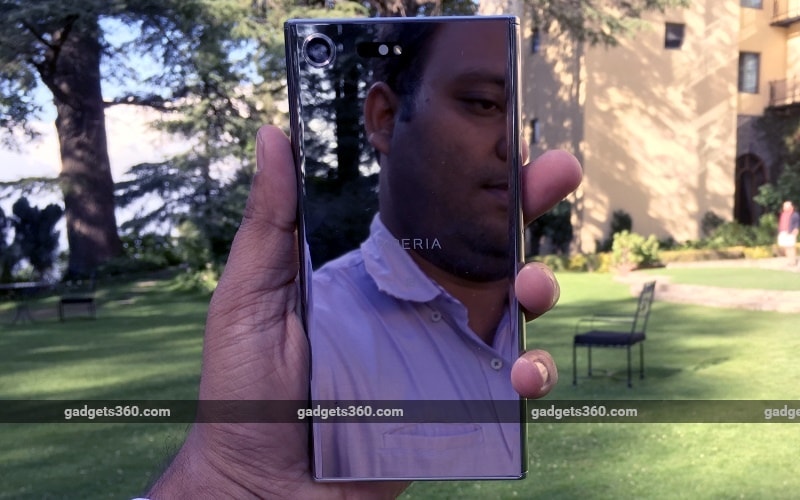 Sony has packed the Xperia XZ Premium with the latest Android 7.1.1 Nougat. It supports dual-SIM cards, both Nano-SIM, with 4G VoLTE support and High-Res audio feature. It is powered by a 3230mAh battery under the hood that supports Quick Charge 3.0 technology. Sony has provided 'Stamina Mode' to monitor the battery usage while saving it at the same time. Now, keeping in mind the 4K HDR display, the battery may have a very hard time providing enough juice, but, we can only detail its real-life performance in our review. The smartphone ships with a quick charger, which is claimed by the company to charge 60 percent of the battery in just 45 minutes.

Final Verdict
Sony's new smartphone declares a challenge to most current flagship with the 'Premium' in its name. At its price, it will compete with the iPhone 7, iPhone 7 Plus, Samsung Galaxy S8, Samsung Galaxy S8+, LG G6, Google Pixel, and Google Pixel XL. As far as the price is concerned, the smartphone does not seem to fall short of its claims, as it does indeed offer top-of-the-line specifications and a premium body. In the meantime, companies like OnePlus and Xiaomi are gearing to launch Snapdragon 835-powered OnePlus 5 and Mi 6 respectively in the Indian market, only to make the competition among high-end smartphones more fierce.

Disclosure: Sony sponsored the correspondent’s flights and hotel for the launch event.

Sandeep Kumar Sinha Email Sandeep
Sandeep is the head of Gadgets 360 Hindi with over ten years&ampnbspexperience in journalism. He has covered breaking news for 6 years before making the shift to technology reporting. During his time at Gadgets 360, Sandeep has written news stories about mobile phones, apps, telecom, social media, and the Internet. Sandeep has also appeared on multiple episodes of Orbital, the&ampnbspGadgets 360 podcast, to talk about telecom, a sector he tracks closely. Sandeep has scripted, produced, and ...More