Japanese electronics giant Sony has been struggling with its smartphone division for quite a while now. To cut losses, it chose to stop making its ‘Premium Standard’ smartphones to focus only on its flagship lineup. This year, Sony already two flagships in the form of Xperia XZs (Review) and the Xperia XZ Premium (Review), with the Xperia XZ1 series becoming official in Berlin this week. Earlier, Sony also launched the Xperia XA1 Ultra, a device with mid-range specifications and a premium price tag. With the price hovering around Rs. 28,000, does the Xperia XA1 Ultra deserve your money? We put it through our tests.

Those familiar with the design on Sony Xperia smartphones will struggle to find anything refreshing at first glance. It still sports the same design as a lot of its predecessors in the Xperia range. A closer look is required to notice the minor changes that Sony has made. For starters, the body is no longer curved around the edges and has a boxy design like the Xperia XZ series. Sony calls it Loop Surface Design, which is visible when looking at the phone from the top. The sides are curved at the front and the back making it easier to hold in the hand. While this design worked with the smaller XZ Premium, the bigger size of the XA1 Ultra causes the edges to dig into your palms during use.

The Ultra branding in Sony terms denotes a big screen and the 6-inch display puts the phone in the list of big screen smartphones. We like how the screen blends into the body, it is hard to figure out how big the display is when the screen is off. Power the display on and you will find out that it is edge-to-edge with almost no bezels on the sides. While this makes you hold your breath, the thicker bezels at the top and bottom immediately start looking like an eye sore. One thing we did like about the display is that it did not register accidental touches despite the thinner side bezels. While you can see two grills on the front, only the top is utilised by the earpiece while the lower seems like just a design element. Sony could have opted for a stereo speaker setup to do justice to the big display. 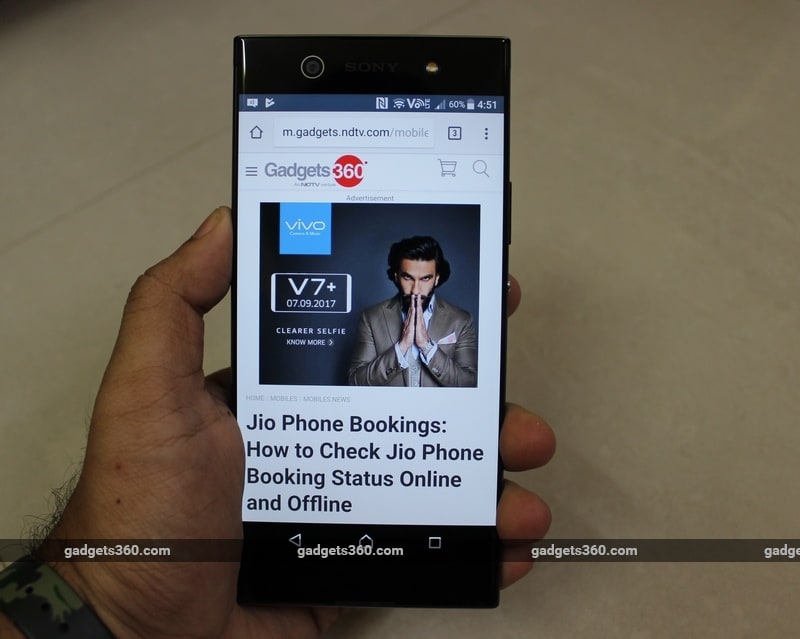 We found the power button on the Sony Xperia XA1 Ultra to be well placed and the volume button may need you to shuffle the phone based on how you are holding it. It also houses a dedicated camera button just like other Sony smartphones. It is a two-step camera button which can be half-pressed to focus and pressed fully to click the image. You can also quickly launch the camera app by long pressing the camera button. The XA1 Ultra has the loudspeaker at the bottom along with the USB Type-C port. At the back, it houses a 23-megapixel camera along with a single LED flash and a 16-megapixel camera on the front with a selfie flash.

The smartphone does not sport a fingerprint scanner which is surprising given its price point. Sony told Gadgets 360 that since its fingerprint scanner location is unique (in the power button on the side), it plans to keep it limited to its flagship devices at the moment. It added that low-end and mid-range Sony smartphones didn’t sport fingerprint scanners in the past and it did not plan to introduce it this year, but that will be of no consolation to prospective buyers.

The Xperia XA1 Ultra was priced around Rs 31,990 at launch, a price that is used by smartphone manufacturers to launch their budget flagships. For that price, apart from the 23-megapixel camera, there is nothing that’ll catch your attention on the spec sheet. It has a 6-inch display with a resolution of 1080x1920 pixels and Corning Gorilla Glass 3 on top for protection. The bigger screen at that resolution manages to push out 367 pixels per inch. It is usable and did not appear pixelated. We found it to be bright enough indoors but the huge display tends to get a little reflective outdoors. It has good viewing angles and you also get the option to tweak the display output and white balance. 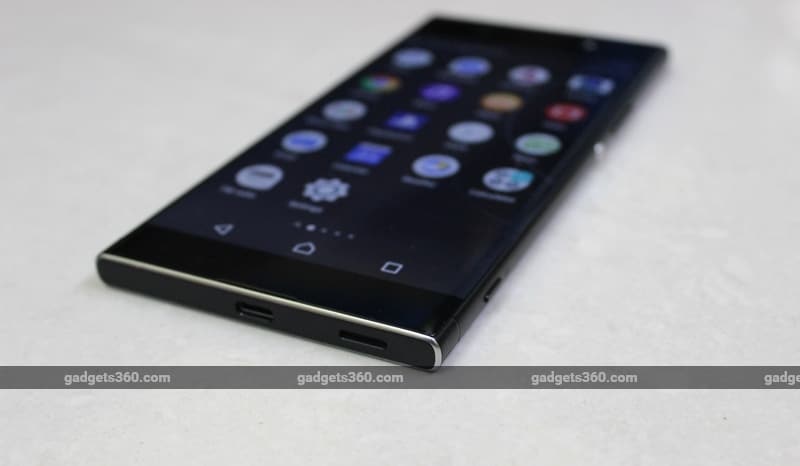 To power the smartphone through tasks, Sony has opted for the MediaTek Helio P20, the same chip it uses for the Xperia XA1. The Helio P20 is an octa-core processor with four cores clocked at 2.3GHz and the other four cores clocked at 1.6GHz. It has 4GB of RAM and 64GB of storage which is expandable via the dedicated microSD card slot up to 256GB. The XA1 Ultra has two nano SIM slots with support for 4G and VoLTE on both slots. Apart from this, the XA1 Ultra sports Bluetooth 4.2, NFC and WiFi ac support for connectivity.

The XA1 Ultra houses a non-removable 2700mAh battery with Qnovo Adaptive charging tech which reduces the charging speed when the battery nears 100 percent charge. Sony told Gadgets 360 that this helps to extend the life of the battery and it is working towards increasing battery life, instead of shipping phones with bigger batteries.

The Sony XA1 Ultra runs on Android 7.0 Nougat with its custom Xperia UI on top. It has the essence of stock Android but Sony has added a few of its own customisations on top. It has the app drawer with an ability to create folders to club apps together. You can swipe right from the home screen to access Google Now or swipe from the top to trigger a search. Sony has customised a few settings like battery, where you will find the inclusion of Stamina Mode and Ultra Stamina mode that help increase battery life. The storage and memory settings have also been worked upon and we found them to be user-friendly. You also get a few apps like SonyLIV, its entertainment app; Playstation, a Sony Playstation Companion App; and AVG Protection, an anti-virus app pre-installed. Sadly, you can’t uninstall these apps, but only disable them.

Sony supports themes and gives you the option of selecting from a few pre-installed themes to buying one of its themes from the Play Store. Themes are applied quickly without the need to restart the device, so if you fancy customising your phone, you might like this. We found the phone to offer good performance though it did take a tad bit longer when launching apps after a fresh boot. RAM management is good and the smartphone had close to 2GB of RAM free on average after a day of use. We also found the big screen comfortable when typing with both hands in portrait mode. 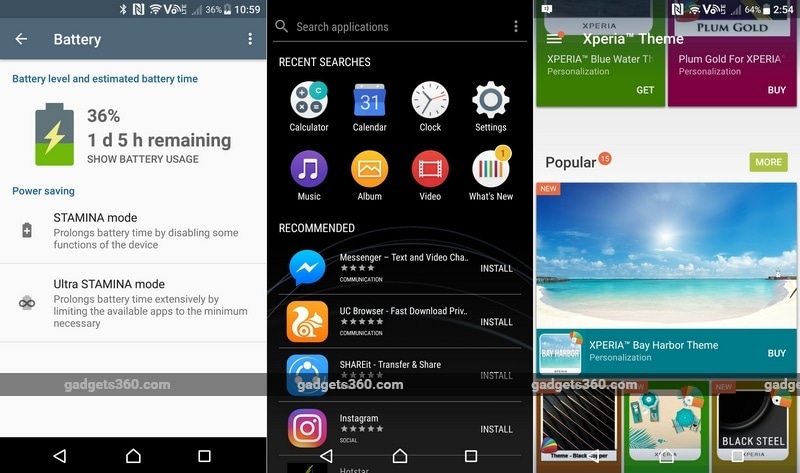 Like other smartphones we test, the XA1 Ultra was subjected to multiple benchmark tests. It managed to score 64227 on Antutu while scoring 847 and 3822 in Geekbench 4’s single core and multi-core tests. In our HD video loop test, the phone managed to run for 11 hours and 48 minutes, which is decent considering its battery capacity and the big screen it is required to power. The phone managed 21FPS in GFXBench in the T-Rex benchmark.

We enjoyed gaming on the Xperia XA1 Ultra as the big screen helped it deliver a good experience. The phone could run Asphalt 8 and Clash Royale without any issues while running cool. We did observe that the battery percentage dropped at a higher rate when gaming, just like the Gionee A1 Plus (Review) which is also powered by the same SoC. Battery performance otherwise is surprisingly good as the phone could manage to go beyond a day with light to medium use with idle drain kept low. Call quality on the Xperia XA1 Ultra is quite good on all networks including Reliance Jio.

Sony has opted for a 23-megapixel camera at the back with contrast + phase detection hybrid auto focus but misses out on laser auto focus. You also get a single LED flash and not the dual tone flash which has become more common now. At the front, the 16-megapixel selfie gets a front flash and features Optical Image Stabilisation (OIS) which the rear camera misses out on. Sony told Gadgets 360 that using two OIS modules in the slim body wasn’t possible. It also mentioned that the Ultra is a selfie-focused smartphone and there is a higher need of stabilisation since a selfie is clicked with one hand.

The camera app is made by Sony and has Superior Auto mode like found on most other Xperia smartphones. Apart from that, it has a manual mode which allows you to adjust white balance, exposure, shutter speed, ISO and manual focus. With Superior Auto mode on, we found the phone to be quick to adapt to lighting situations and would also bump the shutter speed up if it detects motion. The two-step shutter button is quite useful when clicking photos as well. We found that the camera would occasionally refuse to click a photo if it failed to focus. It would take time to focus and only then clicks a photo. While this may be helpful in some cases, you may miss a shot as there is no way to force it to shoot. 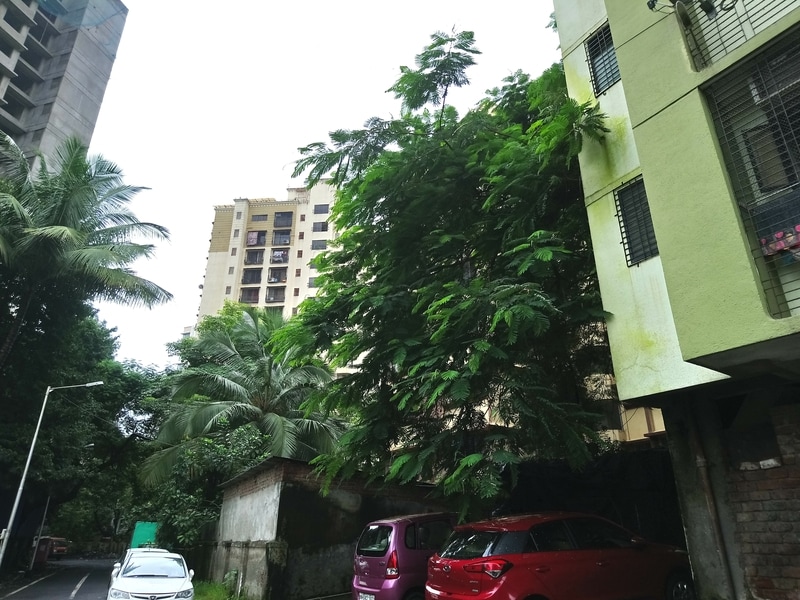 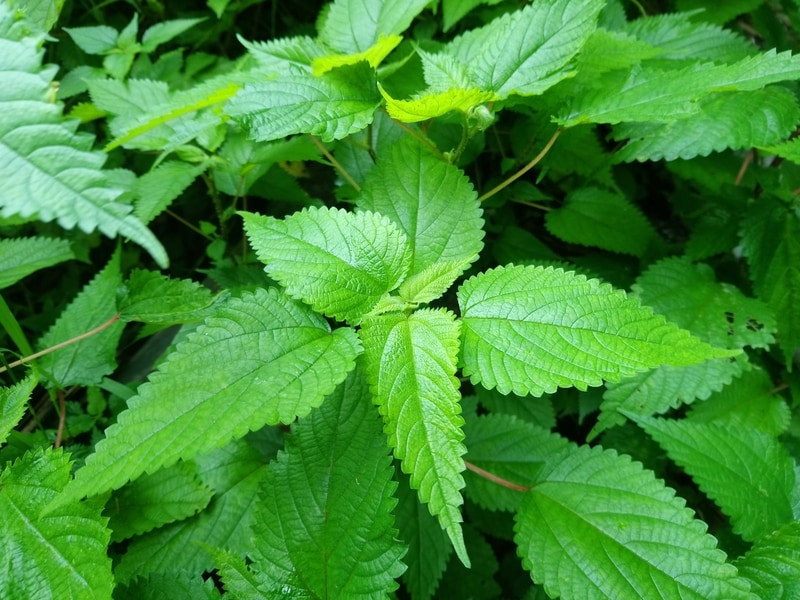 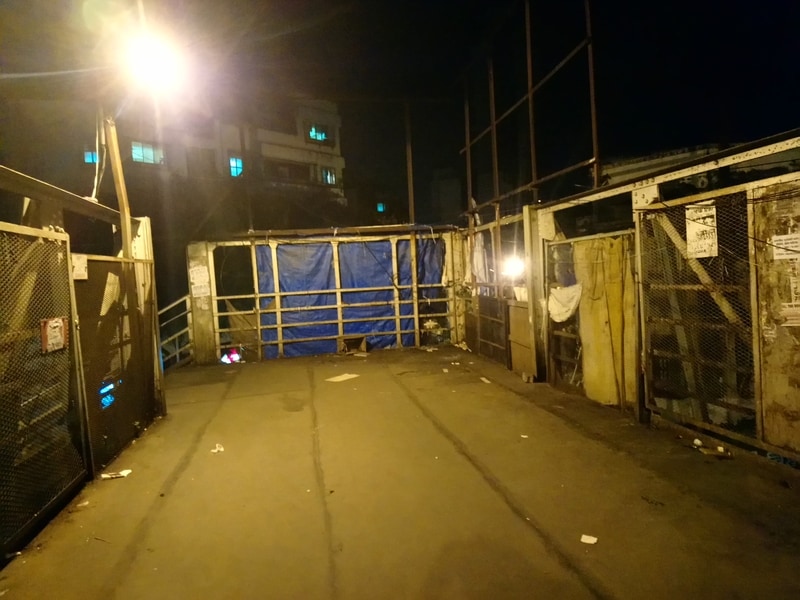 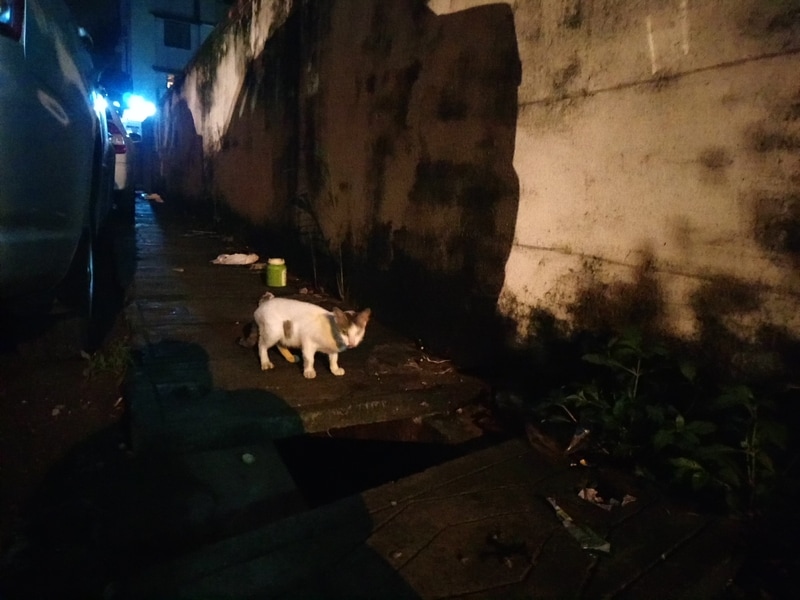 Photos turned out really well though we must say that greens look a little artificial. We did not find any issues even when clicking against the light. Macros turn out well and there is good separation between the subject and the background. We had to tap a few times to get the camera to focus exactly where we wanted it to, which could be because of the missing laser autofocus. In low light, the camera adjusts itself accordingly but the output wasn’t as expected. Photos in low light appear grainy and there is some loss of detail.

The phone is capable of full-HD video with both the front and rear cameras, and you also have the HDR mode for the rear camera. There is no 4K video recording which is now available on phones at this price point. Selfies come out really well and the OIS helps keep shakes to a minimum when recording video. In low-light we found the selfie flash to be helpful and images were sharp with the flash on.

Verdict
The Xperia XA1 Ultra is a big screen device aimed at people specifically looking for a phablet for entertainment purposes. Its big bezel-less display is ideal for watching content and playing games but could have done with some stereo speakers. We like how Sony has tuned the Helio P20 chip and the Xperia UI to deliver good battery backup but the lack of a fingerprint scanner and 4K video recording are two of the major drawbacks of this smartphone.

The Xperia XA1 Ultra isn’t a bad phone, but the competition makes it look overpriced. For the same price, the OnePlus 3T (Review) offers a fingerprint scanner, 4K recording, and significantly better performance. If you don't mind stretching your budget a little, the Honor 8 Pro (Review) offers much better value. But if it is the big display that you want, then the Xiaomi Mi Max 2 (Review) will save you a lot of money. 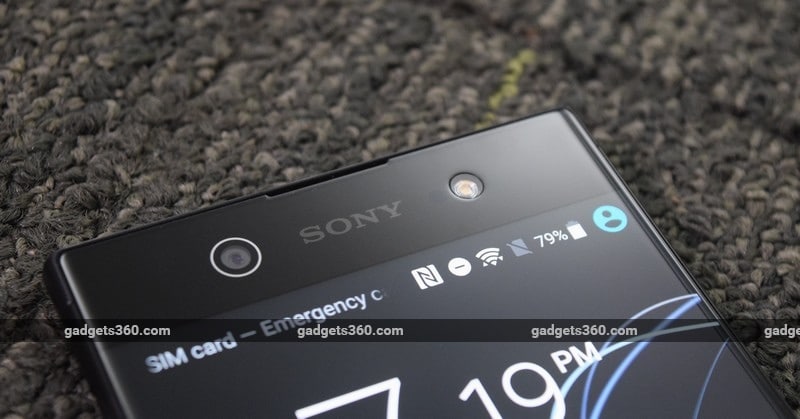