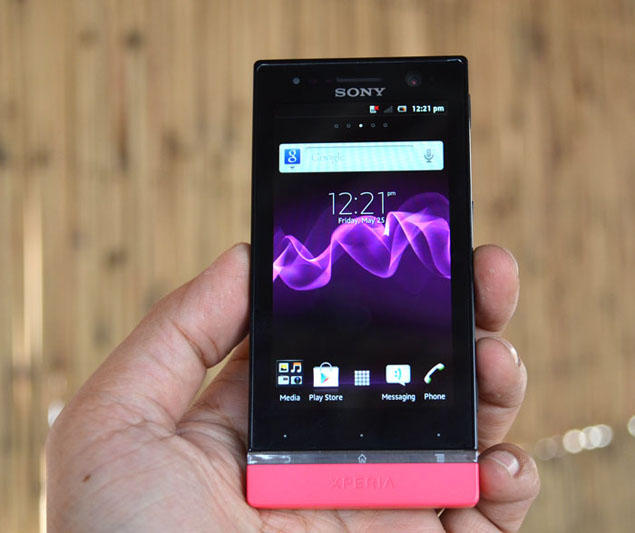 Post a separation from Ericsson, Sony seems to be eyeing the smartphone market with a new vigour and enthusiasm. Sony has recently launched three mid-range Android devices in the Indian market - Sony Xperia P, Sony Xperia Sola and Sony Xperia U. Price at Rs. 17,399, Sony Xperia U may be the cheapest of the three handsets but when compared to other similarly priced smartphones, will it be able to make a mark or fizzle out? We will find in this review.

Hardware/ Design
In terms of the design, Sony Xperia U looks quite similar to Sony Xperia P and Sony Xperia S but draws more resemblance to the latter. It sports a 3.5-inch screen with 854x480p resolution. Just below the screen are the three standard Android touch buttons for back, home and menu.

What stands out in terms of the design of Sony Xperia U is that there is the illuminated transparent strip at the bottom. This strip can light up in various colours such white, blue, green, red, purple or yellow, depending on the theme that you choose. The colours in this strip also change automatically when you are browsing pictures or listening to music in accordance with the mood. Additionally, Sony Xperia U also comes with interchangeable bottom caps that can be set in black, pink, or yellow colours.

The colourful bottom caps do add a dash of freshness in the overall design of the handset but they aren't much of an eye-catcher.

Display
Sony Xperia U sports a 3.5-inch Reality Display with Mobile Bravia Engine, which is quite bright, even outdoors. It also provides good viewing angles. Display has a resolution of 480x854 pixels and offers a decent pixel density of 280ppi. Another plus for the screen is that it is scratch-resistant.

The only disappointment is the width of the display and we would have preferred a slightly wider one to avoid the cramped keyboard in portrait mode or the hardly visible text on webpages in zoomed-out view. 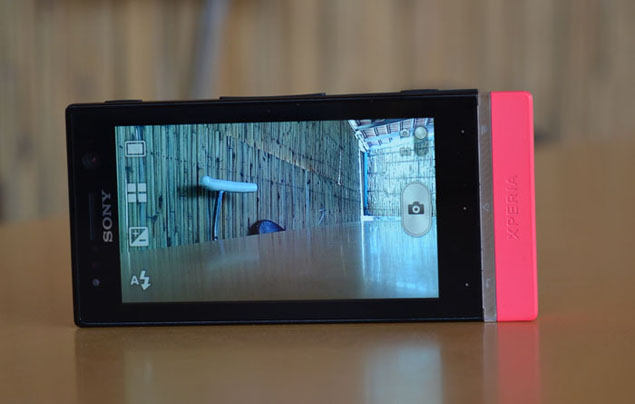 Camera
The smartphone comes packed with a 5MP auto-focus camera with LED flash. Pictures taken in broad daylight were quite sharp but the shots were grainy and washed out in low light.

The camera comes with a dedicated camera button, which is placed on the right panel. However, taking photographs with the help of this button needs some getting used to as it comes with a two-stage shutter button. Also zooming in and out on pictures via the volume rocker was a bit jerky.

In nutshell, this is not one of the best 5 MP camera that we have seen on a smartphone.

There is also a VGA front camera that works decently and will help in video chats.

Sony Xperia U is capable of recording 720p videos with 30fps, and the quality of videos captured is substandard, leaving a lot to be desired.

Software/ Interface
Sony has not been able to roll out Ice Cream Sandwich on any of its 2012 models as of now and the same is also true for Sony Xperia U. It runs on Android 2.3 and is expected to get an update in the coming months.

Sony has also added its own UI atop Gingerbread in the smartphone, which is quite light and is easy to use.

In terms of the pre-installed apps, Sony had some interesting additions such as Timescape, TrackID, Wisepilot, Liveware Manager, PlayNow, Neo Reader and Office Suite.

Timescape app stacks up email messages, Twitter and Facebook updates in one place and is certainly an interesting addition to the smartphone. TrackID is just like Shazam or SoundHound, an app that identifies the track being played.

Sony also has its own app store - PlayNow on board, which houses some interesting games, music and apps. 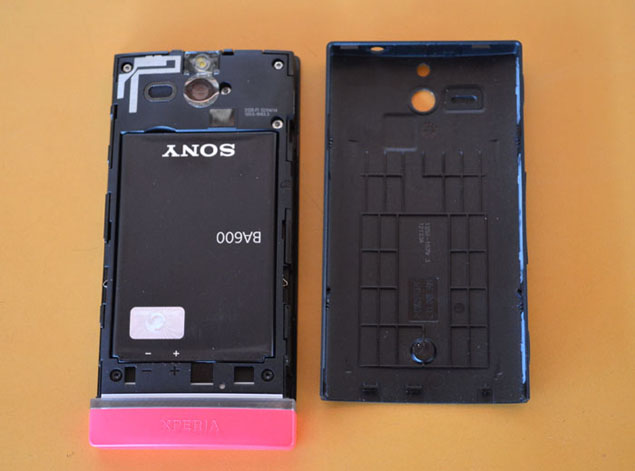 Performance/ Battery Life
With 1GHz dual-core NovaThor U8500 chipset powering this smartphone, Xperia U, is very snappy and responsive. Even while multi-tasking the handset does not cringe.

The biggest drawback of Sony Xperia U is that does not have an expandable memory slot. This handset comes with an internal memory of 8GB, of which only 4GB is user accessible. Though, Sony is promising 50GB of cloud space with this handset but that is not really compensation for not having a microSD slot.

Like most phones from Sony, the audio quality for both voice calls and audio playback was quite good. Too bad you can't stock up your music collection on the Xperia U, thanks to the absence of the microSD slot

Sony Xperia U comes with a 1320 mAh battery and it gives a great battery performance. A moderate user can easily get a day/ day and half with a single charge.

Verdict
To wrap things off, Sony Xperia U is an interesting handset especially at Rs. 17, 399. If you can live with 8GB of memory with no expansion, this is a good Android smartphone to look out for. However, the competition around is quite tough and you might want to consider HTC One V for ICS goodness before you actually zero in on Xperia U.

For more pictures of the Sony Xperia U, please see our gallery.