An Oxford Dictionary blog post states that the word 'selfie' (derived from 'self-portrait') was selected as the Word of the Year 2013. Apparently, there was little to no argument about this decision. It shouldn't be surprising, considering there is even a chartbusting pop song with that title. At the time of writing this review there are reports of a new $20 iPhone case that has a hairbrush extension on the side. Truly, vanity knows no bounds.

Naturally, smartphone companies are trying to cash in on this trend by creating devices with powerful front cameras. The Sony Xperia C3 Dual is the latest smartphone to feature a 5-megapixel front camera. This camera has a 25mm wide-angle lens to accommodate more faces than even Ellen managed with her Samsung Galaxy Note 3 (review | pictures) at the 2014 Oscars. What's more is that the front camera also has a soft LED flash. As usual, we put the device through our battery of tests. 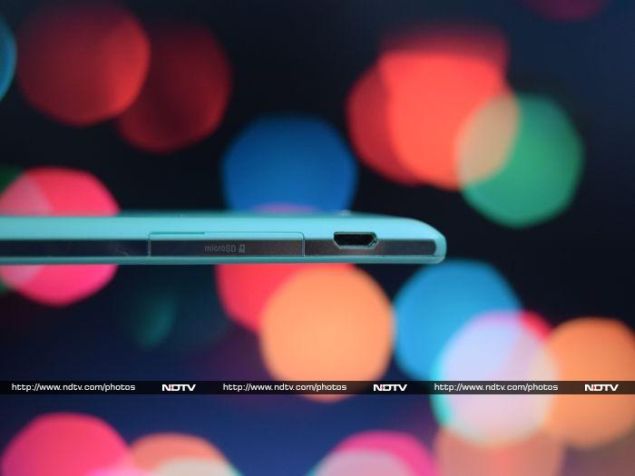 Look and feel
The moment we opened the box, the mint-coloured Sony Xperia C3 Dual grabbed our attention. This is probably the snazziest colour we've ever seen on a smartphone, and we expect fashionistas will approve. The phone is available in plain old black and white as well for those who aren't feeling too adventurous. The C3 Dual is designed with Sony's tried-and-tested (and overused) 'omnibalance' design style. While the entire body is made of plastic, a chrome trim runs along each side. Overall, the phone feels sturdy.

After playing with the ergonomically fantastic LG G3 (review | pictures), which manages to cram a 5.5-inch display in a compact design, the Sony Xperia C3 Dual feels ginormous with the same 5.5-inch screen size in comparison. It has dimensions of 156.2x78.7x7.6mm. It is pretty thin, and for a device of this size it is also lightweight at just 150g. Unless you have huge hands, operating the phone with one hand is going to be problematic.

The flap covering the memory card slot sits on the left edge along with the Micro-USB port. The right edge is crowded with the, dual SIM card tray, power button in the center, volume rocker below it, and dedicated shutter button for the camera. On the back of the device is the primary camera (or is it really?) and the loudspeaker grill. 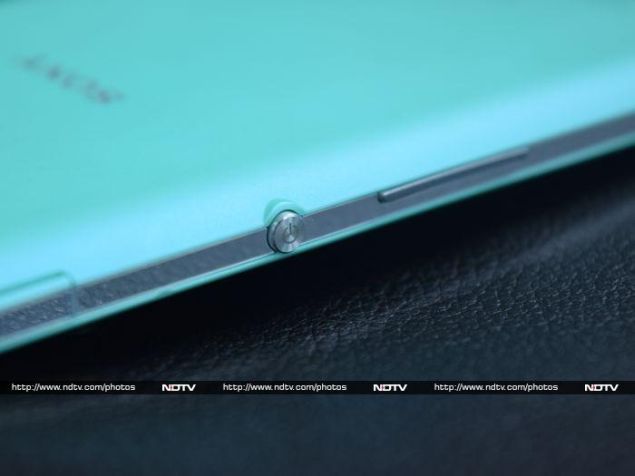 Specifications and Software
Likequite a few mid-range devices, the Sony Xperia C3 Dual has a quad-core Snapdragon 400 processor clocked at 1.2GHz under the hood with its staple Adreno 305 integrated GPU. The phone has 1GB of RAM and 8GB of internal storage, of which only around 5.09GB is available for use. Fortunately, one can add up to 32GB more space using a microSD card. 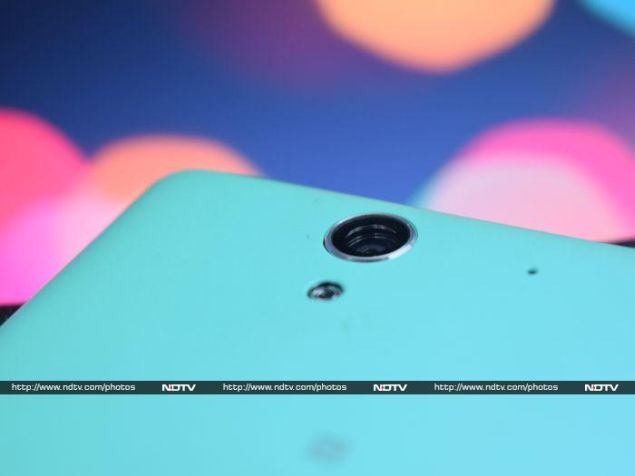 The phone accepts two SIM cards, both of which can connect to 3G networks. They work in dual standby mode. The rest of the connectivity is in the form of Wi-Fi a/b/g/n, Bluetooth 4.0 and NFC. Providing the juice to run the device is a 2,500mAh battery. The 5.5-inch Triluminos display is supported by Sony's proprietary Bravia Engine 2 and has a resolution of 720x1280. The colours are slightly oversaturated but the screen does look good. Viewing angles and sunlight legibility are pretty good.

Sony ships the Xperia C3 Dual with the latest Android 4.4 (KitKat) and slaps its own skin on top of it. One thing we noticed is the addition of a One-handed Operations option in the settings menu. Unfortunately, this feature is not as useful or dense as the implementations by LG or Samsung on their phablets. Switching on the feature allows users to do only two things: use a pattern to unlock the screen using one hand, and double tap the Home button to access notifications and settings at the bottom instead of the top.

There is no split-screen mode or a windowed mode to speak of. Swiping from the left on the app drawer brings up a set of options which helps users search for apps, uninstall them and change the order they appear in. There are quite a few extra apps, most of which are not useful and cannot be deleted. Except for the Walkman and Album apps, the rest of the Sony-branded bloat is not worth your time. 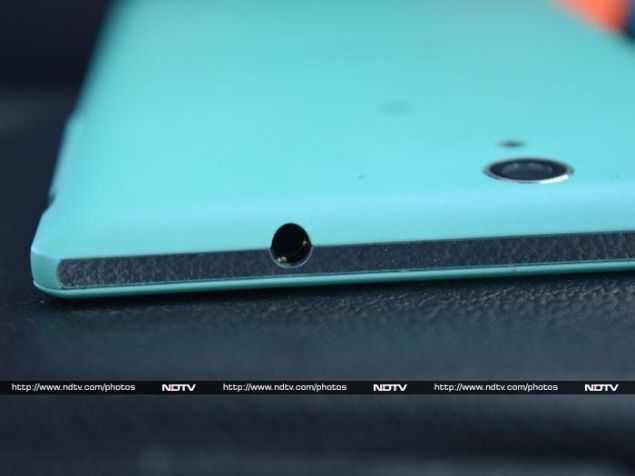 Camera
After testing the front camera extensively we can safely say that selfie lovers can blindly pick up the Xperia C3 Dual. The camera captures a good amount of detail and trumps the HTC Desire 816's 5-megapixel front camera thanks to the addition of the soft LED flash. The captured colours are natural and the software automatically works to reduce noise. The soft flash is also great since it doesn't throw harsh light at a subject, and instead highlights the features of faces nicely. 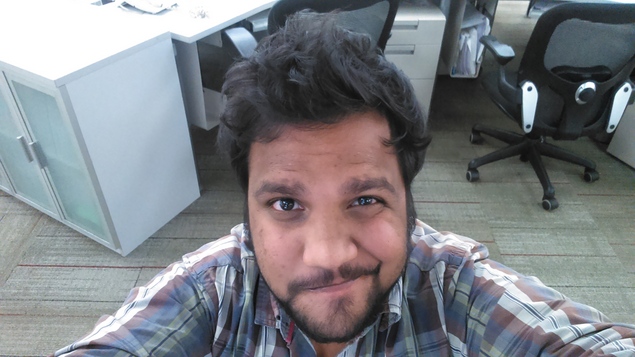 The 8-megapixel rear camera, on the other hand, is a disappointment. By default, the software sets it to shoot images at 5-megapixel resolution. The camera has problems in focussing on subjects and is slow as well. Most times, we ended up with blurry shots because the camera couldn't focus. Even if it did manage to focus, the captured images were of average quality to say the least. Details were smudged and we noticed some chromatic aberration as well. The quality of the captured 1080p video is strictly okay. 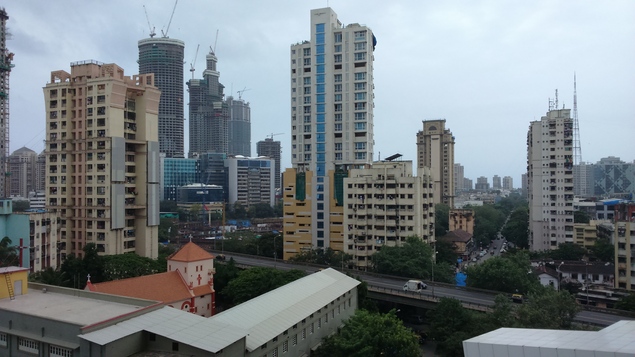 The camera app has a few modes including Superior Auto, Manual, AR Effect, Picture Effect, Timeshift Burst, Social Live, Sweep Panorama and Portrait Retouch. The Manual mode features a ton of options and the HDR option can be found within the truckload of other scene settings that this mode offers. 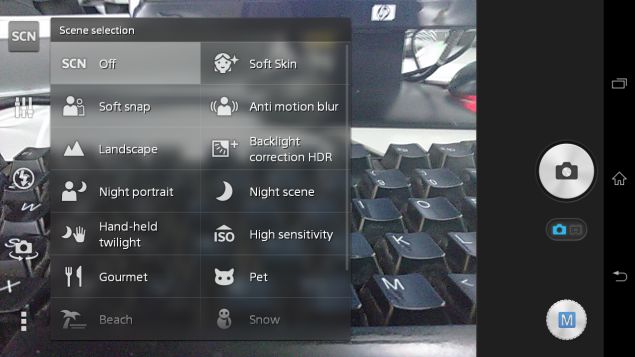 Performance
By now we are well aware that the Snapdragon 400 processor is no slouch. In daily use, this processor coupled with the 1GB of RAM ensures that swiping through the app drawer and opening/closing apps is a smooth process on the Sony Xperia C3 Dual. We played Asphalt 8 and it ran without much lag.

The phone scored 10.9fps and 5,642 points respectively in our GFXbench and 3DMark Ice Storm tests, which is similar to what all phones with Adreno 305 GPU usually score. Similarly, the phone achieved 17,520 and 8,694 in our AnTuTu and Quadrant benchmarks respectively. The Snapdragon 400 handles full-HD videos with ease; even our heavily encoded sample. It played all the videos we threw at it with no noticeable stuttering or screen tearing. 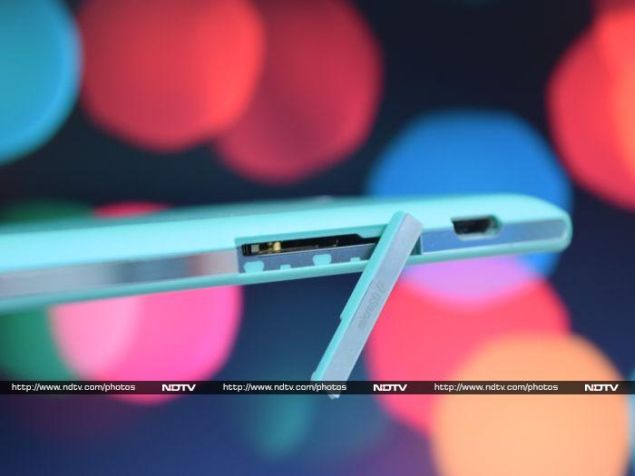 The loudspeaker does not get very loud but throws out crisp and clear sound. On the flipside, the bundled earphones are not great for listening to music with and they start hurting after twenty minutes or so. We'd suggest replacing them. The call quality is good and we didn't face any call drops even in low network areas.

One thing that took us completely by surprise was that the 2,500mAh battery on the Sony Xperia C3 Dual is a beast. It lasted us 13 hours and 40 minutes in our continuous video loop test. We noticed that in our daily usage, this phone easily lasted us two days before it needed a charge. Kudos to Sony on achieving this. 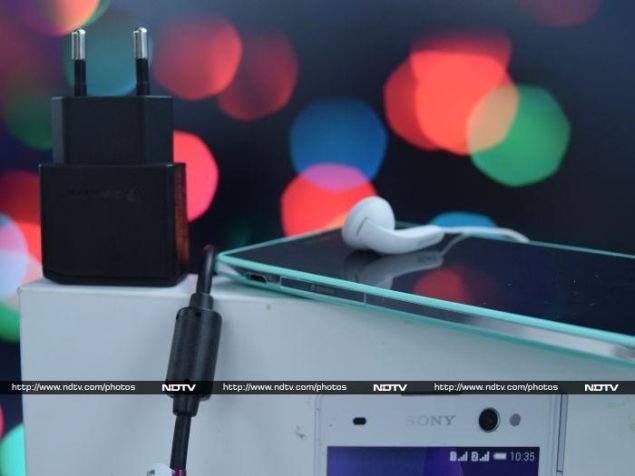 Verdict
As far as Sony is concerned, the company's marketing strategy for the Xperia C3 Dual is spot on. For those who want a competent smartphone which can capture great selfies, the Xperia C3 Dual is the best bet at the moment. With its official price of Rs. 23,990, the phone competes directly with the HTC Desire 816 (review | pictures). HTC's phablet has a bigger screen and an infinitely better rear camera, whereas the battery life on the Sony Xperia C3 Dual is better. Both phones are great in their own rights, so in the end it boils down to the brand affinity of the buyer. 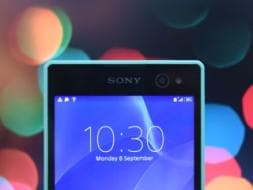 Jack Ma, 'Capital-Lite' Model Impress at Alibaba's Boston Ipo Event
Everything You Need to Know About the Apple Watch