The t.phone P sports a Qualcomm Snapdragon 435 processor, a fingerprint scanner, and a 5000mAh battery while managing an aggressive price of Rs 7,999. While it offers good hardware, is that enough to make it your first pick? We put it to the test.

Smartron has been known to design smartphones in a way that they stand out from the rest. The t.phone had a bright orange rear panel while the srt.phone had optional back panels with Sachin Tendulkar’s photo and autograph. At first glance, the new t.phone P looks identical to the ZTE Blade A6. Most of the hardware is also the same, except for one tweak - the t.phone P has a 5-megapixel selfie camera compared to the 8-megapixel selfie camera on the ZTE phone. Smartron told Gadgets 360 that ZTE is the manufacturing partner for the t.phone P, but its software is all developed in-house.

The t.phone P has a metal rear panel with plastic caps at the top and bottom, giving it a premium feel. There is a plastic band that wraps around the phone. The power and volume buttons are on the right. Smartron has gone ahead with a textured metallic power button while the volume buttons are made of plastic, which makes it easier to distinguish between the two. On the left side, there is a SIM tray. 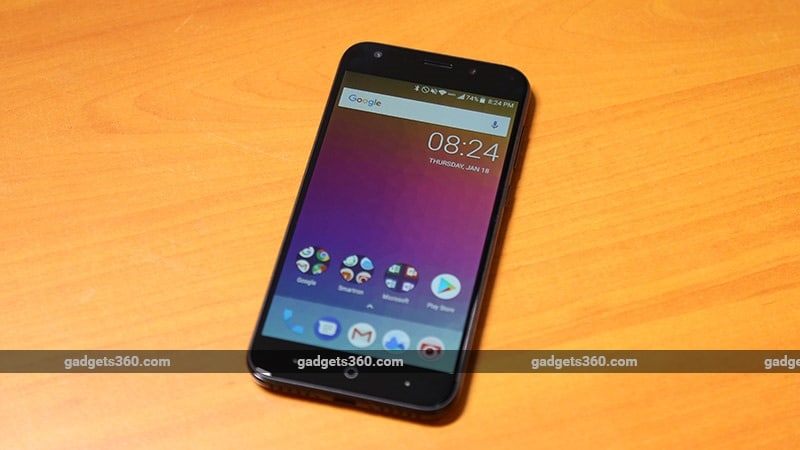 The phone has a 5.2-inch display with capacitive touch buttons below it. Above the display sits a selfie camera along with a flash. The 3.5mm headphones socket and the secondary microphone are positioned on the top, while the Micro-USB port and speaker are on the bottom. At the back, the primary camera is in the upper left corner with its single-LED flash. There is also a rear-mounted fingerprint scanner that is easy to reach. The phone has compact dimensions and is comfortable for one-handed use. It is 8.9mm thick and weighs 160g, most of which is down to the 5000mAh battery inside.

Most budget smartphones have underpowered processors though it is safe to say that the Smartron t.phone P is an exception. The phone is powered by a Qualcomm Snapdragon 435, which is an octa-core processor with four cores clocked at 1.4GHz and the other four at 1.1GHz. There is 3GB of RAM and 32GB of storage which is expandable by upto 128GB thanks to the hybrid dual-SIM design.

The 5.2-inch screen boasts a resolution of 720x1280 pixels and has decent viewing angles. The colours that you see are pretty neutral, and there are no options to tweak contrast and colour temperature. The t.phone P has a 13-megapixel rear camera and a 5-megapixel selfie camera. There is Bluetooth 4.1, Wi-Fi 802.11b/g/n, FM radio, GPS, and GLONASS support. This is a dual-SIM device but has a hybrid second SIM slot, you can either use two Nano-SIMs or one Nano-SIM and a microSD card. 4G and VoLTE are both supported. 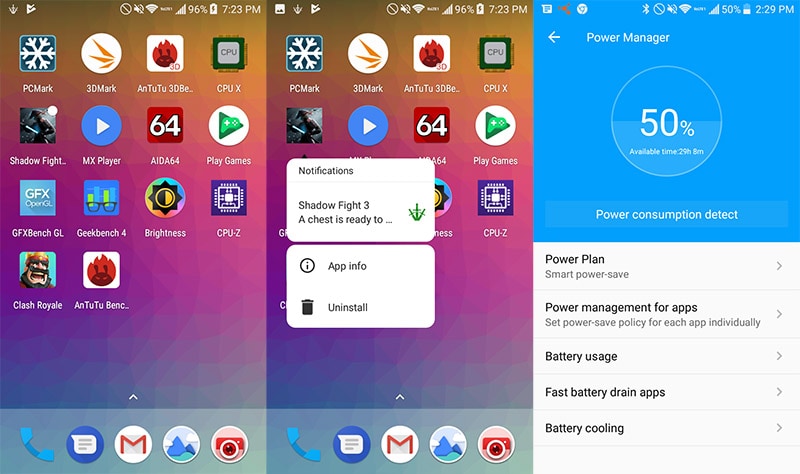 In terms of software, the Smartron t.phone P runs on Android Nougat with a few customisations onboard. For starters, the launcher is similar to that of the Google Pixel 2 (Review) and requires you to swipe up to see the app drawer. We also found that Smartron has implemented notification dots, a feature from Android Oreo, which shows a bubble on app icons when you receive a notification from them. Most of the UI is similar to stock Android but there are a few design changes and a few more options under the settings.

Smartron has preinstalled a few of its own apps on the smartphone. You get t.cloud, t.care, t.store, and a forum app. The t.cloud app is Smartron’s cloud storage app that offers you 1000GB of free cloud storage. This requires you to create a TronX ID, which we were unable to do using the smartphone, as it kept throwing up a "device not registered" error. We were able to create a TronX ID through the company's website, but the phone still returned the same error when we tried to sign in. The company assured us that retail units will work just fine. The t.care app can be used to contact support, and t.store is a wrapper for the company's online accessories store. Smartron has also bundled Microsoft apps such as Word, Powerpoint, OneNote, and Skype on the phone. These cannot be uninstalled but you can disable them.

Smartron has equipped the t.phone P with good internals, and that is evident in daily use. The processor is powerful when compared to what other smartphones in this price range. We did not experience lags or delays in the UI when using the t.phone P. However, the fingerprint scanner is a little slow and there is a slight lag before unlocking the phone. We ran a couple of benchmarks to see where the t.phone P stands with respect to the competition. In AnTuTu, the phone managed to score 44,508 points, and in the single-core and multi-core tests in Geekbench 4, it managed 668 and 2,655 points respectively. We also saw the phone managing 28fps in GFXBench. 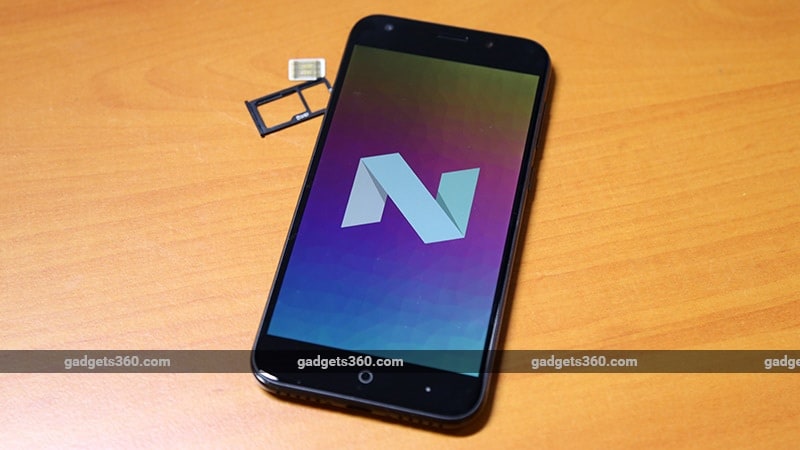 Gaming on the t.phone P is fairly good. We did not see any dropped frames while playing Shadow Fight 3 and Clash Royale. However, we did find that the phone would get warm to the touch after a long gaming session. Thankfully, we did not observe any abnormal battery drain while gaming. Battery life is impressive and we had no issues going over a day and a half with medium use. Even in our HD video loop test, the t.phone P managed to clock a surprising 20 hours and 47 minutes, making it the first sub-Rs. 10,000 smartphone we've tested to reach that mark. The phone also has support for reverse charging, which means that you can use the t.phone P as a power bank to charge other devices. Smartron ships a 10.5W charger in the box, and it takes around three hours to top the device up.

While battery performance is brilliant, we cannot say the same about the cameras on the t.phone P. The camera app is quite basic and has only a handful of modes you can select from. Apart from the basic Photo and Video, there are Manual, Beautify, Time-Lapse, Panorama and Multi-Exposure modes. Manual mode gives you controls for the ISO, exposure, white balance, and autofocus. Multi-Exposure mode lets you take artistic photos by overlapping one frame over another. There are photo filters as well, which can be used in the normal photo mode. 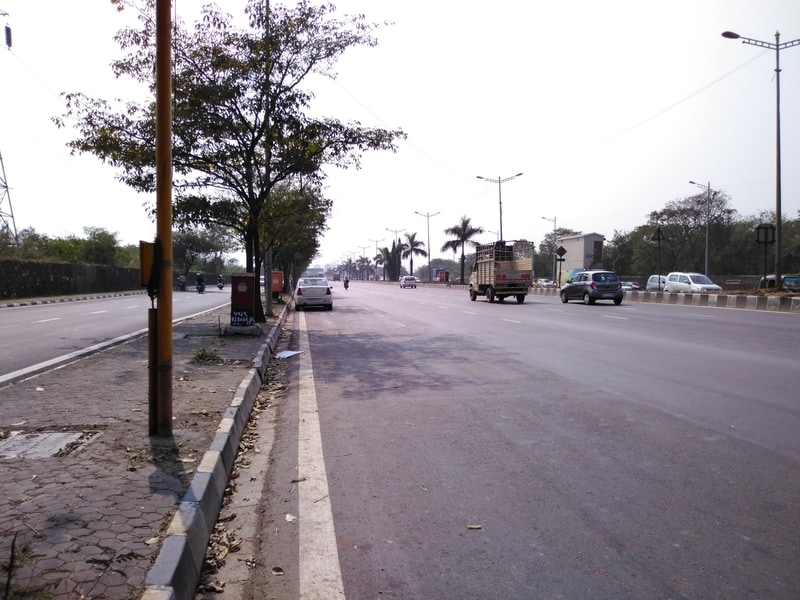 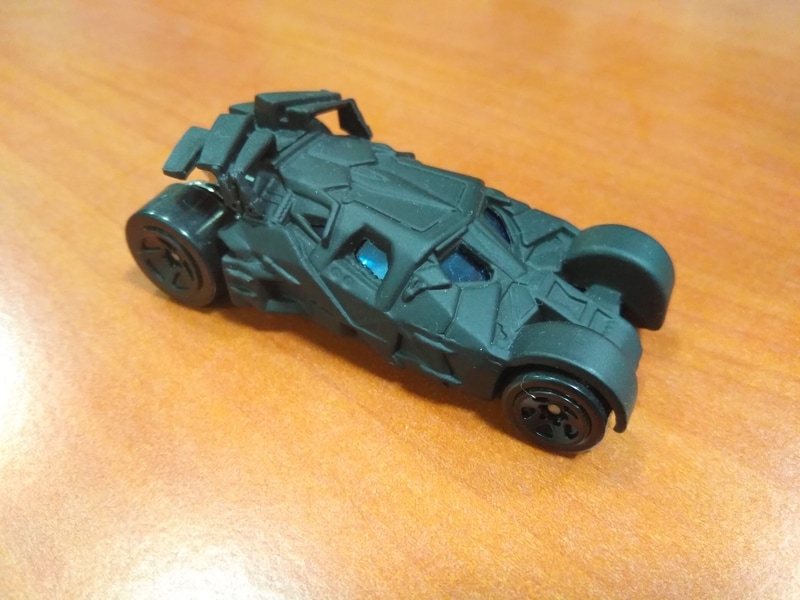 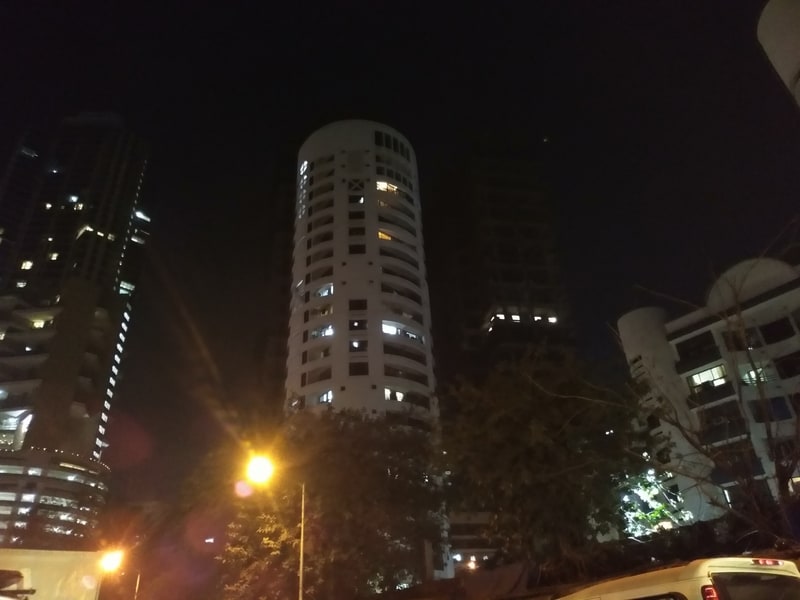 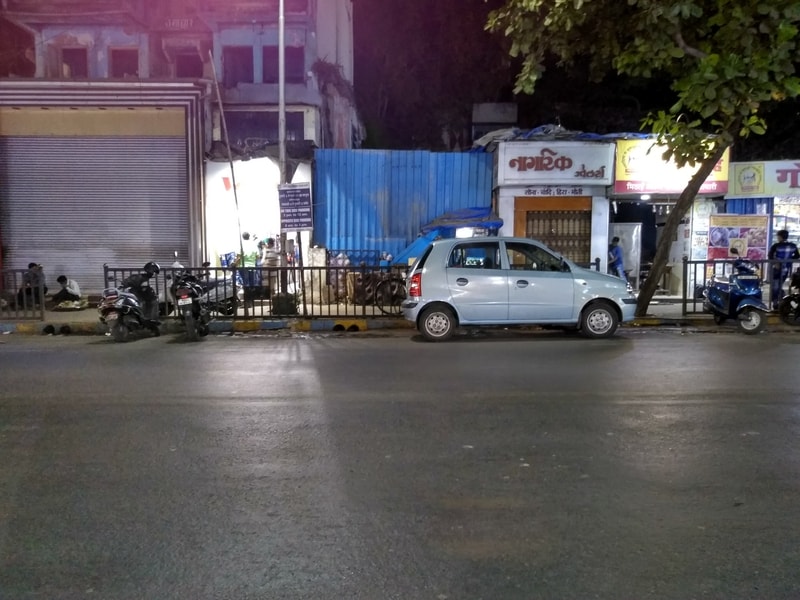 Photos taken with the Smartron t.phone P aren’t all that great. In daylight, the camera tends to overexpose shots making them look burnt out. Even Macros are overexposed. Photos taken indoors are relatively better. We observed that the camera requires some time to focus, and tapping the shutter button before that will result in an unusable shot.

Taking photos in low light requires a steady hand, as the camera lowers the shutter speed and takes slightly longer to focus. While noise is relatively under control, night shots lack detail. Selfies are decent and the beautify mode is effective in smoothening output. It also has a wide selfie mode that lets you stitch three shots together to deliver a wider frame. Video recording maxes out at 1080p for the rear camera and 720p for the front one. Many smartphones in this price range have average cameras, and this definitely isn't one of the Smartron t.phone P's strengths.

The Smartron t.phone P sports good hardware for the price which can be felt when you use it. Its big battery delivers excellent battery life. However, just like most other smartphones in this price range, the camera performance is average at best. If you are on the lookout for a budget smartphone and battery life is your biggest priority, the Smartron t.phone P is a solid option.