IoT statup Smartron has been around for over a year, but is only a three-product-young company. Since 2016, it has managed to rope in some big names from the tech industry to fill various roles in the company, including Indian cricketing legend Sachin Tendulkar, who is an investor and has become a brand ambassador for the company. In the past, we’ve tested the Smartron t-book (Review) and the t.phone (Review), which were not bad for debut offerings but still needed lots of polish in order to seriously compete in their respective markets.

The srt.phone is the company's second smartphone, and it's targeted at the mainstream audience. With prices starting at Rs. 12,999, it’s a lot more affordable that the t.phone. We’ll be testing the higher end version today which features more RAM and twice the storage but still costs less than Rs. 15,000.

We have a feeling the srt.phone will have some instant fans, purely because of the man that Smartron says inspired it. But is that reason enough to rush out and buy this phone? Let’s find out.

Smartron srt.phone design and build quality
The srt.phone has a standard candybar design but uses rounded edges and corners for a more comfortable grip. The plastic body feels quite sturdy with no creaking parts. The battery is non-removable but access to the two Nano-SIM slots requires you to take off the back cover, which is a bit tough to to. The grey colour isn’t very exciting to look at but the matte finish does keep fingerprints under control.

In the front, we have a 5.5-inch full-HD IPS display with Gorilla Glass 3. The display has very good brightness levels which makes it easy to use this phone even under direct sunlight. Viewing angles and colour reproduction are also good. We have three backlit dots below the display that serve as Android navigation keys. You do have the option to enable onscreen keys in the Settings app. Up top, the ambient light and proximity sensors are grouped together along with the earpiece, but there’s no notification LED. 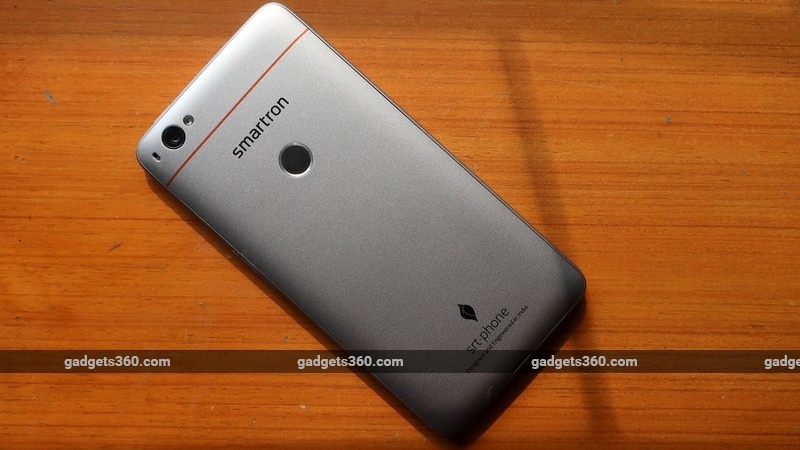 The volume rocker on the right of the phone is convenient enough, but the power button is very awkwardly placed on the top, making it hard to reach. Thankfully, you’ll most often be using the fingerprint sensor to unlock the phone, but even so, a spot on the left would have made more sense. There’s also no ‘double-tap’ gesture to wake the screen up, which would have helped.

The camera sits flush with the body of the phone and here, we see Smartron’s signature orange band running across the device. The fingerprint sensor is easy to get to and is quick at authentication. In our experience, it never once failed to unlock the phone. Unlike with some other devices, you can’t use the fingerprint sensor for anything else such as locking apps and files. Last but not least, we have the speaker grille along with a USB Type-C connector on the bottom.

In the retail box, you can expect a 18W adapter with support for Qualcomm's Quick Charge standard, a Type-C cable, and some documentation. Smartron also has some launch offers: you can get an extra back cover with a picture of Sachin Tendullar on it.

Overall, the srt.phone is well built and feels sturdy to hold. It’s fairly light at 155 grams and easy to pocket despite its 8.9mm thickness. The aesthetics aren't too exciting and the odd placement of the power button is something buyers will have to get used to, but other than these niggles, there are no serious problems. 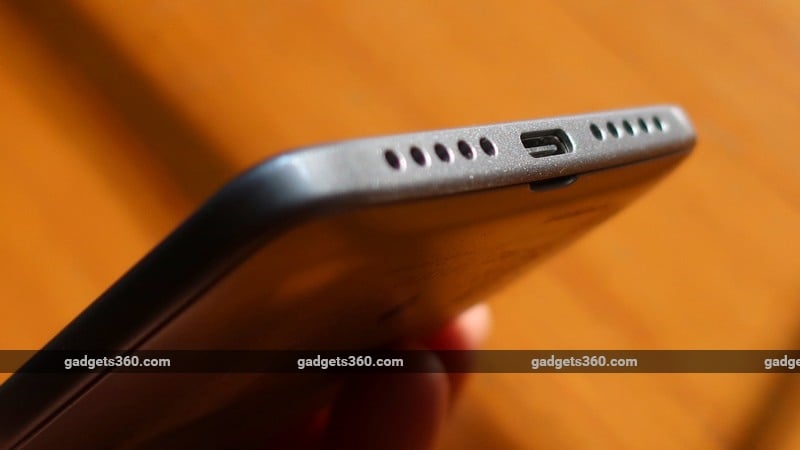 Smartron srt.phone specifications and software
The srt.phone has a good set of specifications. It’s powered by a Qualcomm Snapdragon 652 SoC and the variant we are reviewing has 4GB of RAM and 64GB of storage. The lack of expandable storage is a bit of a disappointment but there is still enough space for most use cases. Other specifications include Bluetooth 4.1, dual-band Wi-Fi ac, USB OTG, FM radio and GPS. The srt.phone also supports NFC, which is a feature many skimp on in this price segment. The phone also has the usual suite of sensors including a gyroscope. It supports 4G on all Indian bands, including VoLTE.

Smartron hasn’t tinkered around with Android too much, and the purists in us really appreciate that. You get Android Nougat (7.1.1) out of the box, with the promise of an Android O update down the line. The stock launcher feels very similar to that of the Pixel phones, except there’s an app drawer button here. Swiping right takes you to the Google Now page, and Google Assistant is also present (provided you select ‘English (US)’ as your primary language). In the app drawer, recently installed apps show up on the top but there’s no way to change the sorting of app icons from the default alphabetical order. 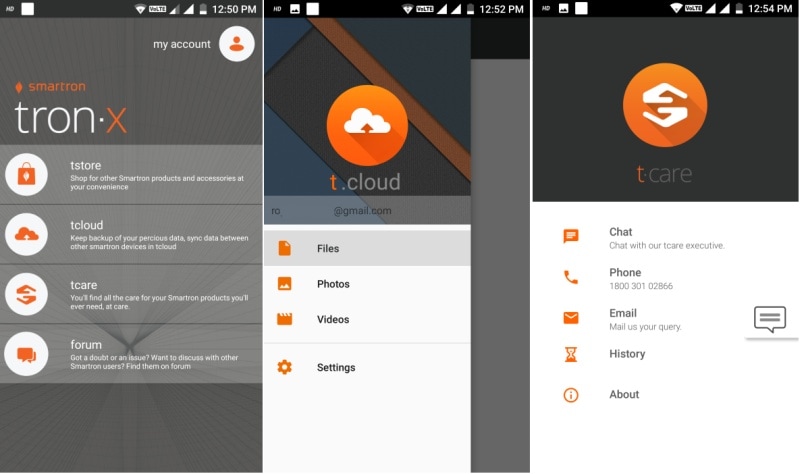 Smartron has added Microsoft’s Office suite of apps which cannot be uninstalled. Thankfully, there isn’t much other bloatware.  The only other apps are a custom gallery and the tron.x app. The latter has a useful security feature, which requires a mandatory login after you’ve reset the phone so in case it is stolen, no one else will be able to use it.

The tron.x app has three sections – tstore, tcloud and tcare. The tstore lets you purchase other Smartron products and accessories, and tcloud offers unlimited backup space for your contacts, messages, photos and videos in Smarton's own cloud storage service. Syncing happens automatically at certain intervals but you can also sync manually if needed. Currently, only the DCIM folder for photos and videos shot with the phone is synced, and we couldn’t find a way to add any other folders. Finally, tcare lets you chat with a representative, and call or email a service centre for any questions you might have. Starting a chat creates a ticket, after which you’re assigned a person to help you out with. We tried this a few times and manged to get a response pretty quickly. There’s also a forum component to the tron.x app which lets you connect with other Smartron users.

The Settings app has a section for gestures, but there's currently only one option - opening the camera app when you press the power button twice.

Smartron srt.phone performance, camera and battery life
The srt.phone breezed through pretty much every test we threw at it. In AnTuTu, we got a score of 80,790 points while GFXbench returned a solid 35fps. This performance also translates into the real world, with apps and heavy 3D games like N.O.V.A Legacy and Asphalt 8 running without any hiccups. The stock Android implementation really works in this phone’s favour, as the interface is fluid without any stutter or lag. Multitasking is also handled very well. Call quality though the earpiece is good and we didn’t have any sort of heating issues either. The sides of the frame get warm quickly when shooting video or using the camera in general but there's nothing that drastically hampers usage.

Media playback is quite enjoyable on the srt.phone thanks to the large, vivid display. The single speaker at the bottom works well okay a quiet room but sounds weak with ambient noise. Audio is better with headphones on but there are no audio enhancements to take advantage of. 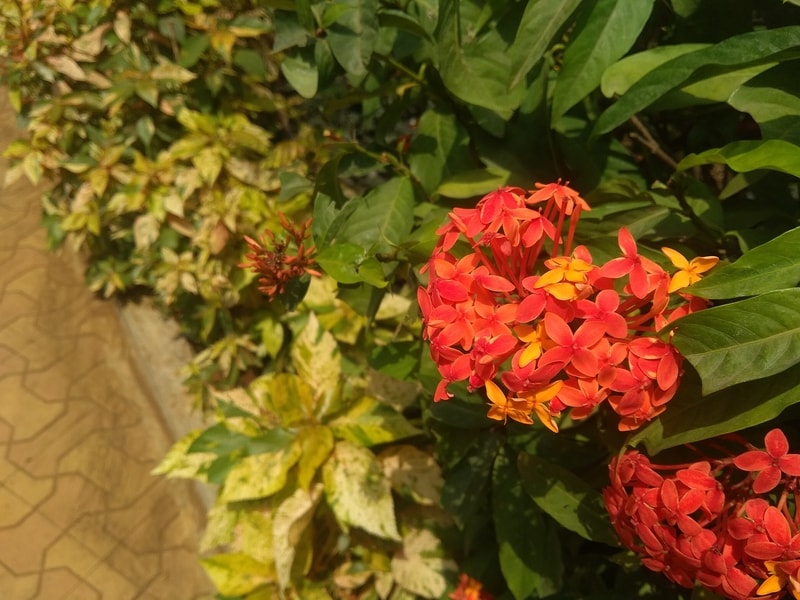 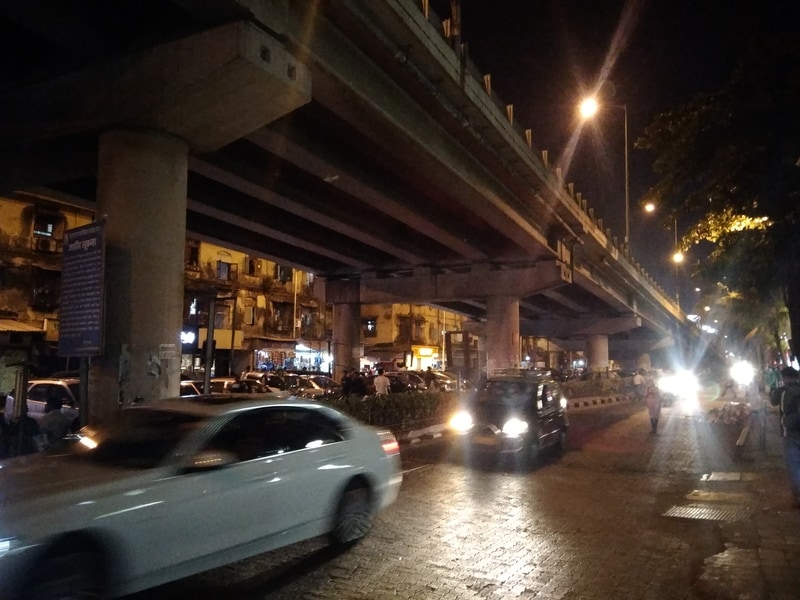 The cameras are probably the only real disappointment with the srt.phone. The 13-megapixel rear camera has PDAF and an f/2.0 aperture, so focusing isn’t too bad in daylight and the wide aperture adds a neat bokeh effect to macros. However, the quality of the images itself is strictly average. Landscapes shot in daylight lack depth and exhibit lots of compression artifacts, while closeup shots appear flat and a bit overexposed under direct sunlight. With low ambient light, images are badly affected by grain and chroma noise. Focusing speed is also quite poor, making it tricky to get your subject in focus if it's moving even slightly. The front 5-megapixel sensor is just about average for selfies in daylight but is pretty much unusable without ideal lighting.

The camera app is well designed as you have easy access to Auto HDR, Scene modes, filters and the aspect ratio control on the left, while shooting modes are placed on the right. Manual mode lets you play with the shutter speed and ISO, but the effect of changing these settings is not visible in realtime in the view finder. Also, Auto HDR doesn’t always work so it’s best to select HDR manually if you need it.

Video recording tops out at 4K (for 10 minutes at a time only) and the quality is actually quite good. Switching to 1080p resolution seems to kick in some electronic stabilisation, which causes a wobbly effect when you pan around, and there’s no way to switch this off. Slow motion is handled surprisingly well and there’s a timelapse video mode too.

The 3000mAh battery didn’t fare too well in our HD video loop test. We managed to go just 8 hours and 43 minutes before the phone gave up. Actual real-world usage was a lot better, and we were able to squeeze in an entire day’s worth of usage. Thankfully, there’s support for Quick Charge 2.0, so the battery doesn’t take forever to charge. 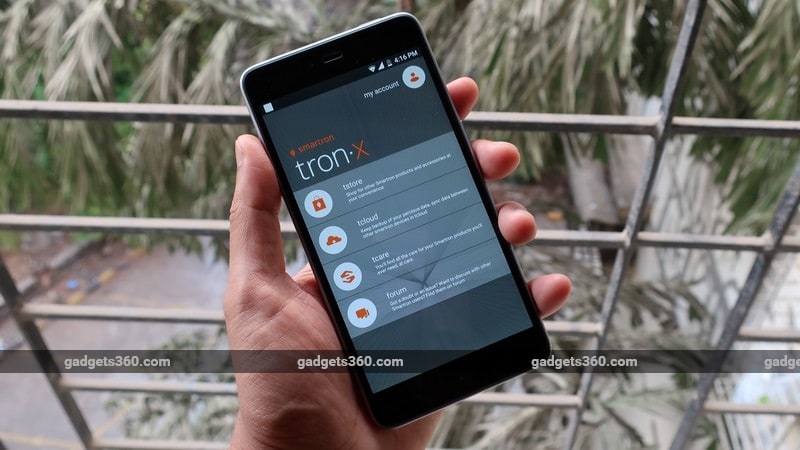 Verdict
Smartron makes a better impression the second time around. The srt.phone is actually a very good performer, as long as you don’t count the cameras. Rs. 14,000 is not a bad price for a phone that’s more powerful than the Honor 6X (Review) and the Moto G5 Plus (Review), two of its biggest competitors at the moment. The srt.phone has a good screen, solid build quality (even though it’s plastic) and very good app performance. On the other hand, it's not the best looking phone in its price segment, and battery life could have been better.

While the srt.phone is a reasonably good pick, the Honor and Moto options have their own respective strengths which make them equally good picks. If you prefer a more feature-rich UI, the Honor 6X might suit you better, and with the Nougat update beginning to roll out, you should expect improved overall system performance. If you like the feel of stock Android but need a good camera, then spend a bit more and get the Moto G5 Plus.If you do choose the Smartron srt.phone, it makes sense to put in some extra money for the 64GB version since there’s no storage expansion.

Further reading: srt.phone review, Smartron srt.phone price, Smartron srt.phone price in India, Smartron srt.phone specifications, Smartron, srt.phone
Roydon Cerejo Email Roydon
Roydon Cerejo writes about smartphones and laptops for Gadgets 360, out of Mumbai. He is the Deputy Editor (Reviews) at Gadgets 360. He has frequently written about the smartphone and PC industry and also has an interest in photography. With over a decade of experience covering the consumer technology space, he is also an avid sci-fi movie and TV show geek and is always up for good horror flick. Roydon is available at roydon@gadgets360.com, so please send in your leads and tips. More
Reliance Jio Broadband, Nokia Android Phones India Launch Date, Oppo F3, and More News This Week
Facebook to Reportedly Debut Premium TV Shows in June